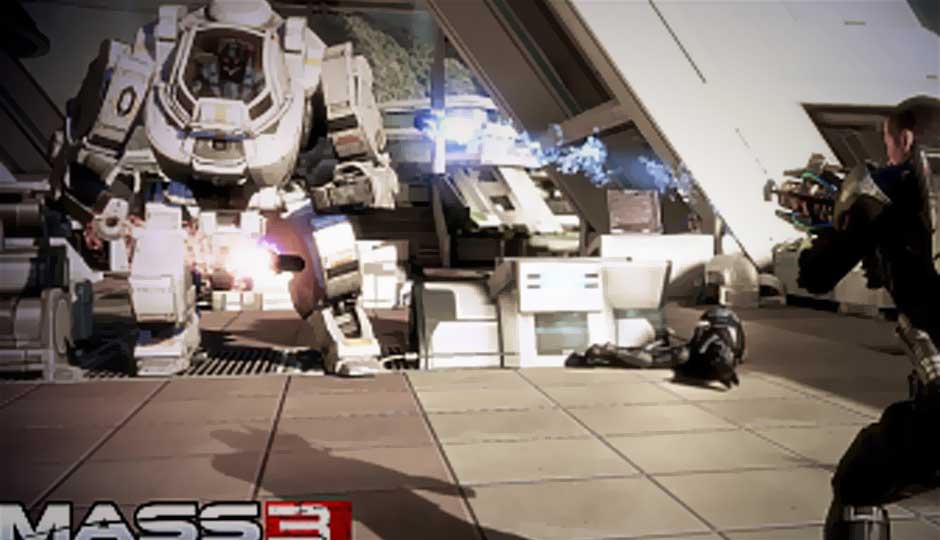 Everything we say on Mass Effect 3 will be too less compared to the sheer experience of having played the game itself -- words don’t come anywhere close to doing justice. Hugely popular in its previous two installments, BioWare’s sci-fi trilogy reaches an epic and memorable conclusion in this thriller, action-packed game. Mass Effect 3’s bigger, better, more gripping than any previous episode of the celebrated RPG franchise. Choice, morality, and doing things for the greater good are pivotal themes in the emotional ride that is Mass Effect 3, and it’s blissfully draining.

Story
Mass Effect 3 begins with you reprising the role of Commander Jack Shepard, who has a much critical mission of restoring galactic order and saving the universe from annihilation than fighting a bunch of Collectors, as he did in Mass Effect 2. For guess what? The Reapers aren’t just a dreadful monster in a forgotten childhood nightmare, these things actually exist. And they’re back to point a super-cool weapon at you, and everything that connects you with a microbe in the neighbouring galaxy, and zap the living daylights out of all organic lifeforms, replacing them with nothing but a horribly large puff of smoke. Yeah, that’s right. 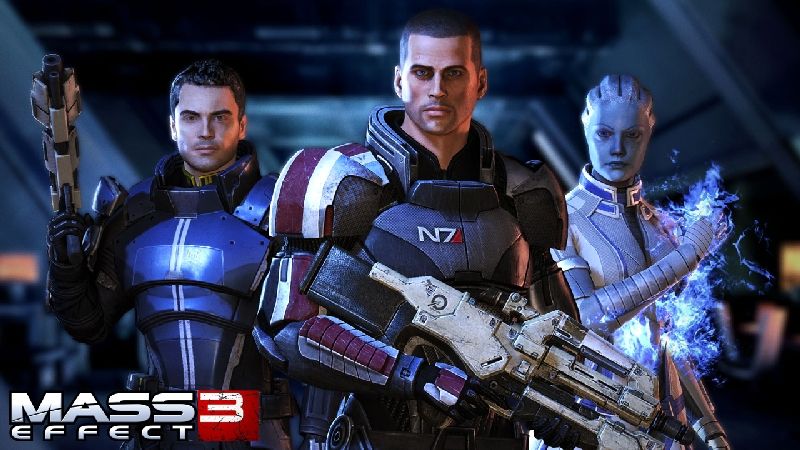 You don’t mess with the Reapers, but that’s exactly what Commander Jack Shepard has to do in Mass Effect 3, as he travels through the galaxy to build an allied force to combat the far-superior death squads of Reapers popping all over the place. This is easier said than done, for Mass Effect 3 brilliantly interweaves the elements of RPG into the overall combat, war-like mood and pace of the game -- Shepard has to rely on his weapons as well as his tongue to broker peace and win over opposing forces to have any chance of challenging the bad guys. In the initial stages of the game, Shepard escapes Earth (where he witnesses the initial Reaper onslaught) to steer the Normandy back to the Citadel and play peacemaker. If you’re a hardcore RPG fan, deriving a game’s high points from dialogue and character building, you will enjoy Shepard’s quest to win support among all aliens and unite them against their existential danger. 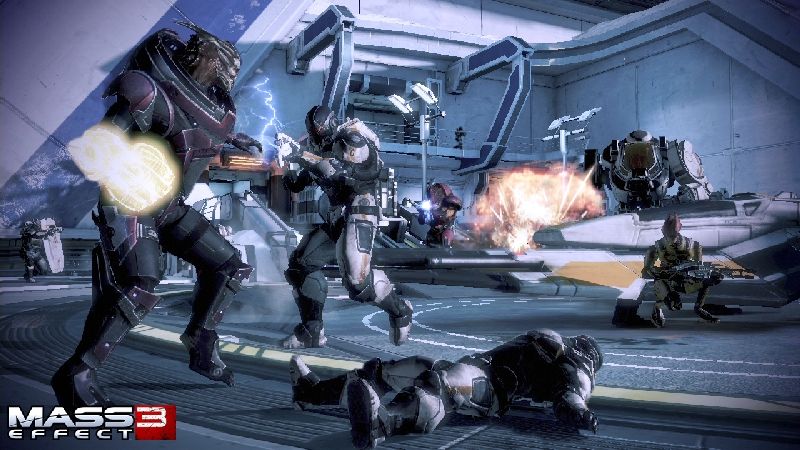 Immediately after you start a new game from the main menu, an interesting feature lets you have a tailored experience of Mass Effect 3 -- action fans can choose the first option to have a filtered path that gives the action sequences greater prominence, while those who enjoy the essence of a classic RPG can choose the third option to spend lesser time in combat and more minutes dealing with the game’s myriad characters. The second option lets you enjoy the game as it should be in its original state, and that’s the option we chose for this review. Will we go back and play using the earlier two choices? Of course! That’s another aspect of Mass Effect 3, its replay value. Its a lot more than your average game, but similar to say Dragon Age, given the amount of twists and turns Mass Effect 3 provides. Depending on the words you speak or the actions you perform, you can take the storyline on a whole different tangent compared to someone else who didn’t make that same choice. Mass Effect 3 leaves you with endless possibilities to reach the end goal, a trait that’s unique and rare in modern games. It’s also something that’s difficult to pull off successfully in game design. 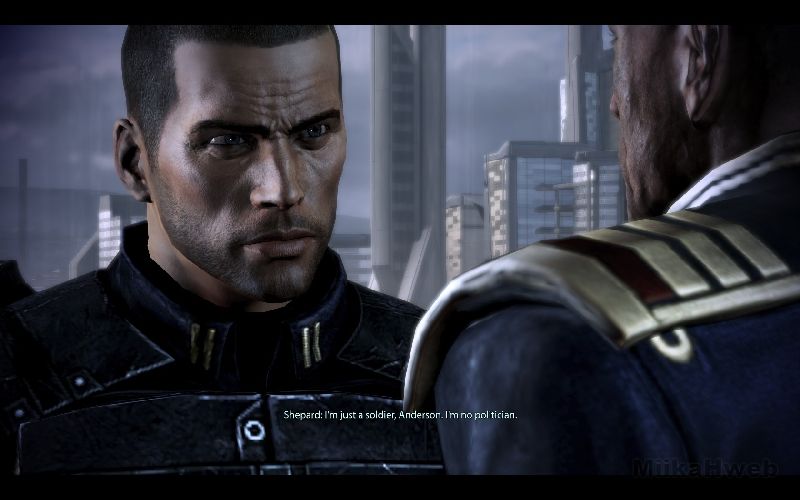 You can also import your character from Mass Effect 2 into Mass Effect 3, but remember the choices you made in the first two games will eventually decide how things end in the latest game. If you’ve never played Mass Effect before, you will have to read through every presented option in the first stage of creating a new character as your choices have a significant impact on the outcome of the game.

Things that have remained the same from Mass Effect 2 include the weapon wheel -- it’s virtually untouched. The regular RPG element of powers and character levelling is also pretty much the same. Essentially, BioWare hasn’t touched what worked wonderfully well, but fixed elements that needed minor tweaks; things you thought needed refinement in Mass Effect 2. For example, Commander Shepard’s movements have been slightly altered, he’s a lot more fluid and agile in Mass Effect 3 compared to Mass Effect 2. There’s greater manoeuvrability which in turn is great for combat scenarios. The mining mechanic of old has gone -- good riddance! -- and there are plenty of side missions to keep you engrossed from the main storyline. However, the side missions or quests aren’t as interesting as the previous two games, and prove to be a largely pointless exercise. Indulging in them may be a waste of time, given the game’s gripping storyline. 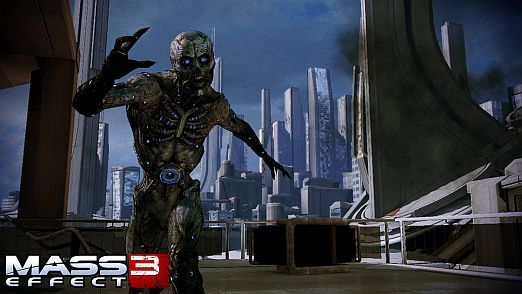 The third-person action sports an improved cover system in Mass Effect 3, while your comrades’ movements are now fully controlled by AI, except the commands you shout at them. Enemies are smarter, you can’t just stay put behind an obstacle and shoot at range as enemies deploy intelligent flanking and do a good job of randomizing their movements and evading your gun shots. Your comrades sometimes can be caught in foolish situations -- for e.g., while you’re crouching and taking cover behind a pile of boxes, your mate may be standing on top of them and getting shot and not doing anything about it. There were also a couple of instances while gaming on the PS3 that the game hung -- Shepard getting caught in the environment -- giving us no choice but to restart.

Visit next page to continue reading about Mass Effect 3's Gameplay, and Our Verdict...

But this is a minor kink, no doubt to be fixed by an update soon. Mass Effect 3 has much to enjoy and remember it by. Like characters from previous games -- Liara T’Soni, Garrus, Ashley Williams, etc. -- make a surprising return in this concluding chapter, which is all for the good. While Shepard is hard at work being a diplomat, fighting the war in a varity of locations, it is hard not to sit up and take notice of the world and the universe depicted in Mass Effect 3. Levels are greater in depth than ever before and carefully sculpted to keep you on your toes all the time. The graphics and art feel of the overall game is nothing short of exceptional -- everything and eveyone perfectly blends into their surrounding, nothing looks out of place. Apart from the Reapers, that is. Mass Effect 3 continues to provide excellent voice acting for all its characters -- no two voices sound the same and this adds to heighten the experience of the game. 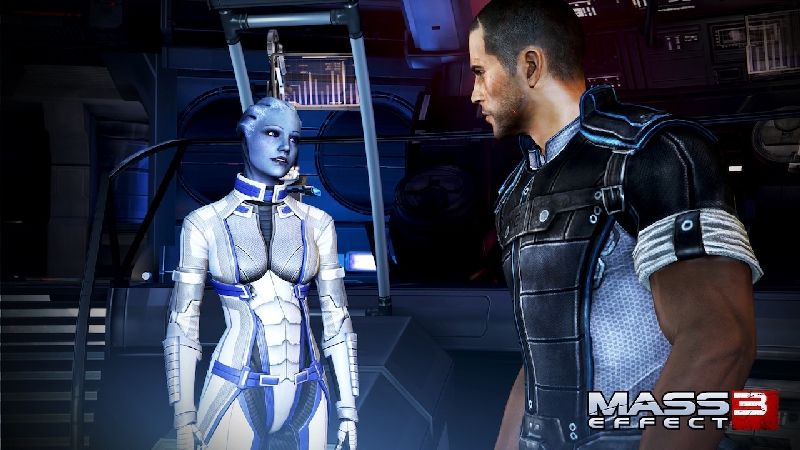 Multiplayer has been introduced for the first time in a Mass Effect game this time around -- wonder why, seeing as this is the final episode of the trilogy. But multiplayer proved to be quite fun -- not as great as Gears of War. There’s only one mode with six stages where the enemy waves get progressively difficult. If you’re the sort who likes to brag about their collection of trophies and awards in games, then Mass Effect 3’s multiplayer mode will surely keep you hooked.

Verdict
It is not the best RPG ever, it is certainly not the best game ever. But what Mass Effect 3 successfully delivers is a gripping, never before seen trilogy with a powerful interconnecting story. Right from Mass Effect, you can witness the story heading towards a heady conclusion in Mass Effect 3. As you reach Mass Effect 3’s end, you can’t help but wonder at the feeling of admiration and contentment left behind. The game’s like being in Battlestar Galactica or Star Trek, with you playing the lead character and shaping his or her destiny the way you wanted. It’s the highest compliment we can pay to Mass Effect 3, it truly is an experience that you’ll remember for days to come.

Before we say anything more, this is a must-buy game, no matter which platform you game on. Drop what you’re doing right now and go play Mass Effect 3. You didn’t really need us to tell you that, did you?

Reviewed on a PlayStation 3