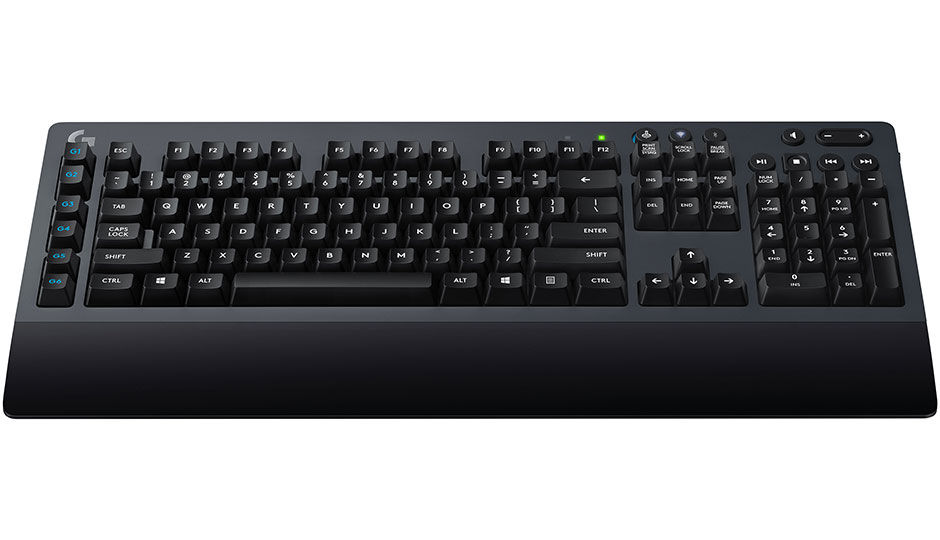 Wireless gaming is a luxury that wasn't witnessing much appeal in gaming. The Logitech G613 is one of the products to make its way to the local market before other manufacturers jump on the wireless bandwagon. Using Logitech’s LIGHTSPEED wireless technology, the keyboard can connect to your PC or laptop using a USB dongle. It also has the option of connecting via Bluetooth. You can switch between the LIGHTSPEED and Bluetooth connection with the respective buttons on the keyboard. Essentially, you can use the keyboard with your PC as well as your smartphone or tablet. Built on a plastic body, there’s minimal flex on the chassis. Overall, the build quality on the G613 is impressive apart from the keycap printing. The legends on the keycap are stickers that generally don’t have a long lifespan.

The keyboard uses Logitech’s Romer-G mechanical switches boasting a lifespan of 70 million keystrokes. They feel similar to Cherry MX Browns because of the low actuation force of 45 g and a tactile bump or actuation point at 1.5 mm. The actuation point is comparatively higher than Cherry MX switches. We played a few FPS titles and also put the keyboard to test with some Super Meat Boy to check for latency issues. In real-world testing, we weren’t able to notice any erroneous keystrokes or the lack of it, nor did we notice any lags. With this keyboard, we won’t be able to tell the performance difference from a wired keyboard. The G613 certainly lacks in the features department compared to premium mechanical keyboards in the same range. Considering its wireless connectivity options, highly durable mechanical switches, and impressive battery life, this becomes a great option. However, if you can wait, we have more wireless mechanical keyboards coming soon.

Wireless connectivity has existed for decades on peripherals, keyboards included. Currently, we do have wireless connectivity in both keyboards and mice but they aren’t suitable for hardcore gaming. Of course, you can play casual games with them on your PC or laptop. However, enthusiasts won’t prefer them over existing wired options. We have played around with wireless keyboards meant for only casual usage like office work or general web browsing. But we've never used mechanical keyboards with wireless connectivity. The Logitech G613 is the first wireless gaming mechanical keyboard to grace our test labs. We’ll be covering all the aspects of the keyboard including its build quality and performance. 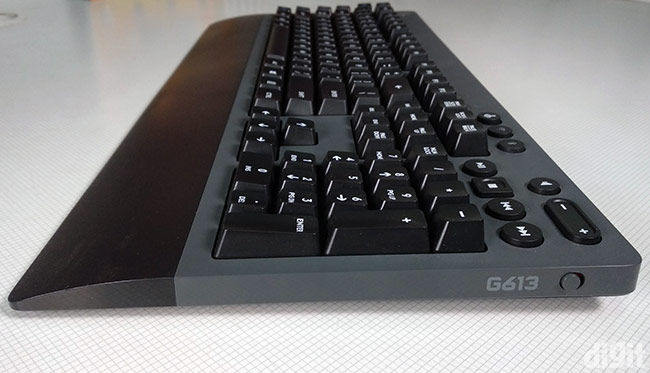 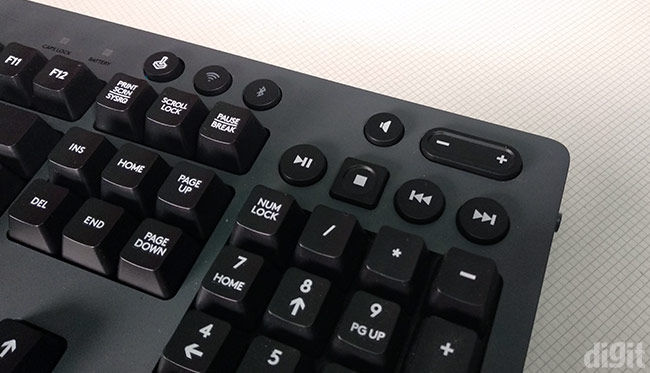 Very few wireless solutions are available currently on the premium side of keyboards. However, there’s no option with mechanical switches. As we wait for other wireless gaming keyboards to be launched in India, the Logitech G613 automatically becomes the only choice currently. Usually, wireless peripherals connect to your PC or laptop through a USB dongle using an end-to-end wireless connection. Logitech has built a wireless solution and they are calling it LIGHTSPEED. The G613 comes in options of connecting to your system using this technology or via Bluetooth. This further expands the number of devices you can connect to the keyboard. 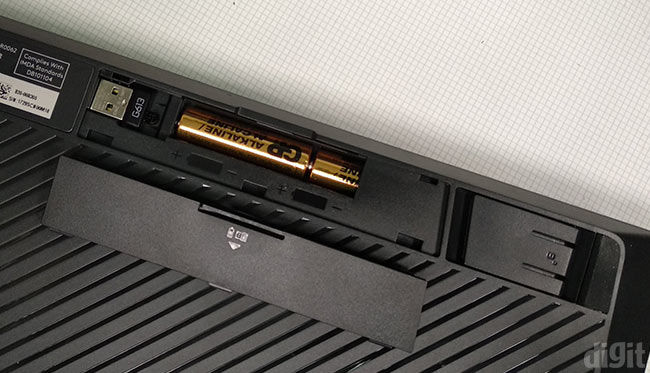 You can use the keyboard to type on tablets, smartphones and laptops using Bluetooth. Do note, that a Bluetooth connection will only support a polling rate of 125 Hz or 8 ms. If you want to use the keyboard to its full potential of 1,000 Hz or 1 ms, then you will have to connect using LIGHTSPEED. In this mode, the polling rate will be the same as a wired connection. The keyboard also comes with a smartphone and tablet stand. 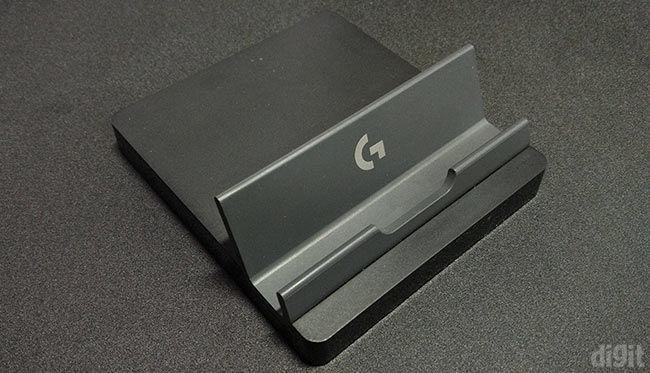 Connecting the keyboard is easy. All you need to do is plug in the USB dongle in your PC or laptop and the drivers get automatically installed. In Bluetooth mode, it acts as any regular Bluetooth device. You have to pair the keyboard with your smartphone or tablet. With the LIGHTSPEED and Bluetooth buttons on the keyboard, you can instantly switch between the two devices. This will allow you to be productive if you’re a heavy smartphone or tablet user. The USB dongle has a neat little compartment on the bottom near the battery slot to store it away since they are easy to misplace. 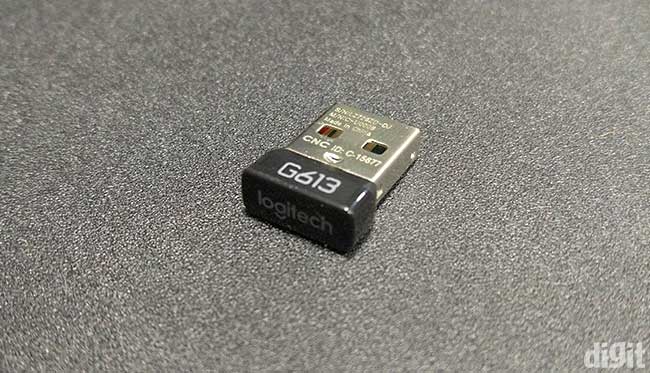 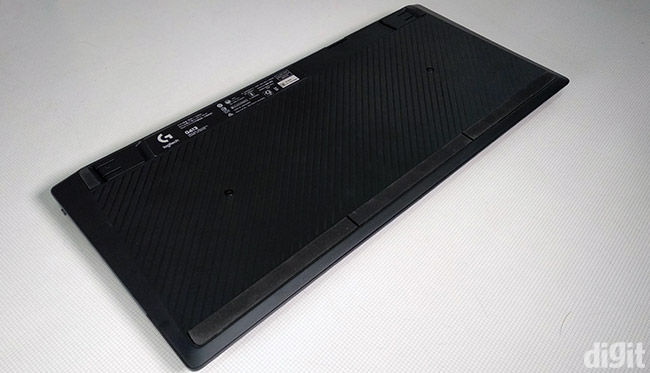 The G613 runs on two AA batteries (included) that will last for up to 18 months. Since the battery life is one of their highlighted features, there’s no backlighting included. Otherwise, the 18-month battery life would have drastically dropped. If key backlighting is one of the features you’re looking for, this could be a deal breaker for you. When the battery is about to die out, the “Battery” LED indicator on the keyboard will light up. Another warning will also be thrown at you in the software. In order to save battery, the keyboard goes into sleep mode after roughly five minutes of idling. Pressing any key on the keyboard brings it back. 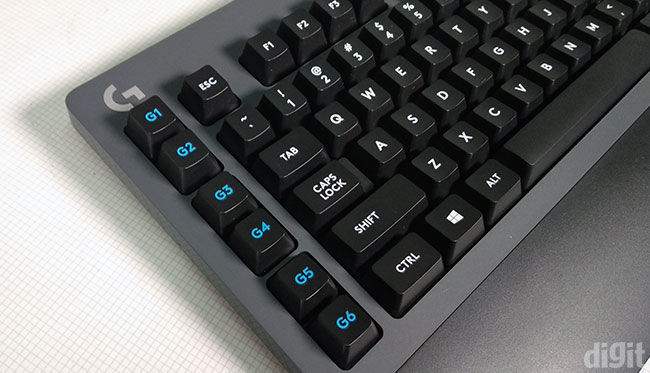 You can assign macros or commands on the six programmable G-keys using the Logitech Gaming Software. Reprogramming is only allowed on the G-keys. There’s a Game Mode switch on the top to disable every key on the keyboard excluding the G-keys. You can select the keys you want to disable when you switch to the Game Mode. Apart from these keys, the keyboard also has buttons for complete multimedia control.

There’s a matte coating over the plastic body of the keyboard. Hence, you won’t be leaving fingerprints on the surface but oil impressions can’t be prevented. The non-removable palmrest has a slightly rougher texture than the rest of the surface. On the bottom, you’ll find a patterned design with long rubber strips at the bottom to prevent slipping. Two extendable feets offer a suitable amount of elevation to the keyboard. There’s minimal flex and the keyboard is sturdy enough to stay rigid while typing. The six G-keys on the left will take some time to get used to since you might be accidentally pressing them instead of the Ctrl or Esc keys. 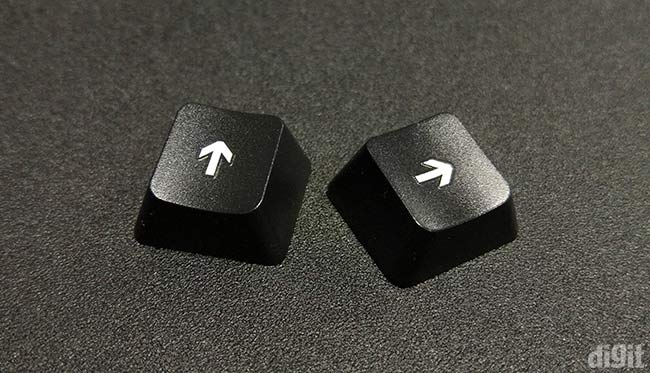 We were happy with the rest of the keyboard until we closely inspected the keycaps. Although they are made of ABS plastic, the legends on the keycaps are stickers. Usually, keyboards in this range use laser-printed legends. Some budget keyboards go the extra mile to include double-shot moulded keycaps. The problem with stickers is the lower durability. The legends will start wearing off sooner on this one. The keyboard is already expensive, hence the choice of keycap printing is disappointing. 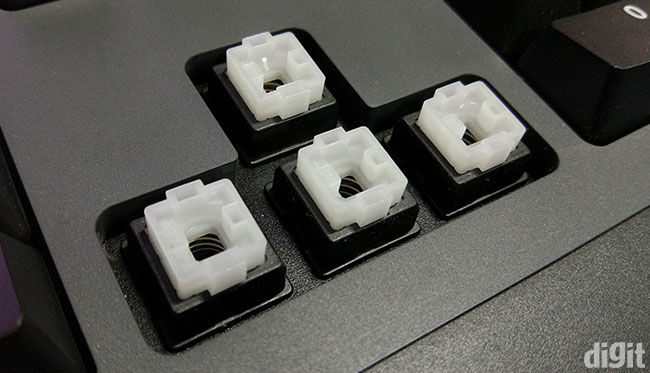 As mentioned previously, the Romer-G switches have the same feel of Cherry MX Brown switches. It has a tactile bump with a low actuation force. Essentially, the best of both worlds for gaming and typing. Typing on the G613 feels great because of the same switches. However, it’s highly subjective based on your preferences. The keyboard has a 10-key rollover which means that 10 keystrokes can be simultaneously registered. Although this is more than enough, nowadays keyboards have successfully implemented full key rollover using USB connections. The WASD keys registered simultaneously along with a few useful keys around. This indicates that you can play FPS and MOBA games without worrying about multiple keystrokes being registered at a time. 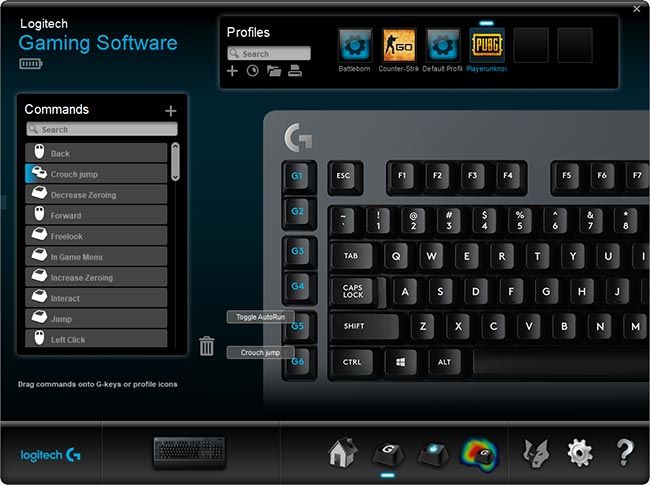 To test the latency in the wireless connection, we played some Super Meat Boy. The popular platformer game is sensitive to keystrokes and we thought this would be a reliable test. We didn’t find any noticeable lag while sprinting or changing directions mid-air. This was maintained in other games such as PUBG and CS:GO. The G-keys can be programmed to register different commands or shortcuts using the software. It can be a single keystroke or multiple ones, and it could also be a text block or a mouse function. There are several options to choose. Not just per-key macros, but the software supports up to six profiles to store different macros and commands. This also includes a list of preset commands from few games installed on your system.