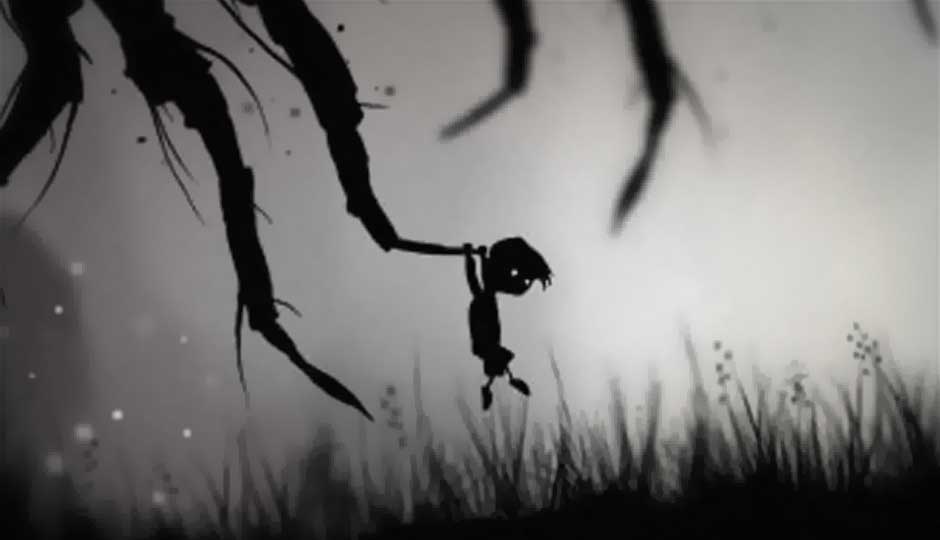 If video games were art, then Limbo would be in the Louvre. Limbo is fun, scary, exciting, well-thought out and engrossing. Sure you'll get frustrated when you die repeatedly, but that's what makes Limbo great. Just like life, you have to learn about it the hard way. Download it right now.

In times when run-n-gun FPS games rule the roost, Limbo comes as a welcome change. This beautifully crafted indie game offers one of the most interesting gaming experiences, excelling in gameplay, visual and sound design. We think it is one of the best games to come out across any platform over the last 12 months.

Let me start out by saying that Limbo is not for the faint of heart. Its ‘trial and death’ styled learning curve force you to see the game’s boy protagonist being charred, maimed, decapitated, perforated and impaled to death in the most gruesome fashion imaginable. With no special tools at your disposal and a harsh and unforgiving environment that demands every second of your attention, Limbo gives you no quarter if you slack off.

There is no narrative as such. You are a silhouetted boy with bright white eyes who wakes up in the middle of a forest. This forest is full of things, living and non-living, which are most eager to kill you. The controls are dead simple. You use the arrow keys to get around and the control key helps you grab game objects.

But don’t let the simplicity fool you. This beautiful and eerie platformer-cum-physics puzzle has a lot to offer. It’s monochromatic, film-noir environment gives it this unnerving feeling. The background always has something moving in it and even the little blades of grass sway when the boy walks past it.

The game relies heavily on ambient sounds to give the player cues as to how to solve the puzzle. There are a few points when music is there, but those are used to accentuate emotional high-points in the game. In later levels, you must time your moves according to the ticking countdown timer. If you fail to do so might get you killed. But, the game is very forgiving that way. Once you die, the player is immediately taken back to the last checkpoint. So dying in Limbo really isn’t that punishing from a gameplay perspective.

Then again, Limbo doesn’t trivialise death. In fact, it shows you how fragile this boy is. If you make one wrong move, then this boy pays for it. Even though it’s just a black and white, the boy’s death has much more of an emotional impact on you than any ultra-realistic blood red flesh wound you get to see in triple A games.

An average playthough will take between 5-6 hours. The puzzles aren’t simple or tough-as-nails hard. The difficulty is just right and best of all, there aren’t any loading screens! So once you are in Limbo, it is hard to leave it till the very end.

Verdict:
If video games were art, then Limbo would be in the Louvre. Limbo is fun, scary, exciting, well-thought out and engrossing. Sure you’ll get frustrated when you die repeatedly, but that’s what makes Limbo great. Just like life, you have to learn about it the hard way. Download it right now.