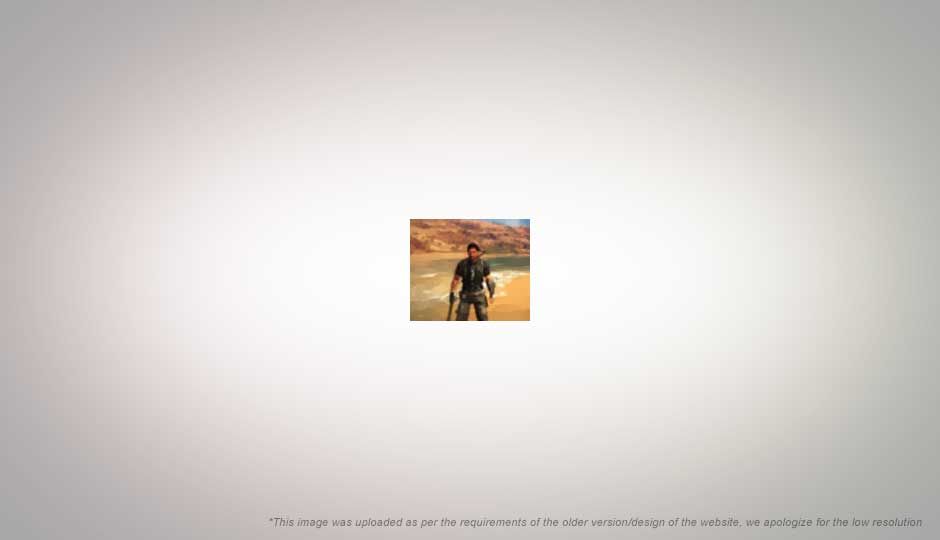 One of the better sandbox-style games with a near perfect blend of freedom and tight, challenging game-play

NOTE:  Just Cause 2 only supports Windows Vista or Windows 7 and requires a video card that supports DirectX 10 or higher. Windows XP and DirectX 9 are not supported. Does not require a Games For Windows Live account.

Rico Rodriguez reprises his role as a CIA operative in the sequel to Just Cause-- the 2006 sandbox-style action game developed by Avalanche Studios. This time around his mission takes him to the fictional island country of Panau situated in Southeast Asia. The mission is to destabilize the newly instated government led by a certain Baby Panay and subsequently assure that the US government has control over this relatively tiny country. Helping Rico on his mission are other CIA operatives that provide him logistical and intelligence support.

As the game’s protagonist you take on a role can be described as that of a saboteur, mercenary or even a terrorist. Working undercover as a hired gun, Rico works with three other factions in Panua that are just as keen to usurp the incumbent government’s rule. Along with these faction and other CIA operatives, the player’s main objective is to maximize chaos by systematically destroying the country’s civilian and military infrastructure. By the end of it all you leave the country in a crippled pile of smoke and rubble, which makes you wonder if the developers call the game Just Cause out of sarcasm. 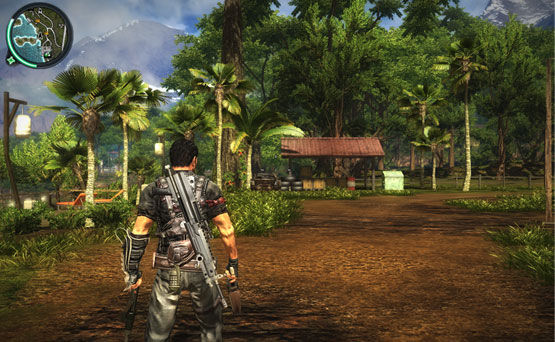 The game’s paper-thin plot unfolds like a typical US black-ops mission that is often discussed in the fringes of political debate, but never in the main-stream. As you continue to carry out missions for the CIA and the three other factions, you built up Chaos score and earn heaps of money. Building up Chaos score unlocks Agency missions, which in turn advances the game’s main-plot. Cash earned can be used to purchase equipment and vehicles from the agency. These vehicles and weapons can be upgraded by spending upgrade parts that are scattered across the map. Alternatively, the player can also jack any vehicles from the game-world that are not available for purchase. Purchased vehicles and equipment are dropped at the player’s location via a helicopter drop even in the middle of a heated gun-battle.

The game-world is huge and there is an impressive variety of transportation means with a plethora of ground-based vehicles, motorboats, helicopters and airplanes. The player can even hijack and fly around in a Boeing 747! For a more unconventional mode of transportation, the player can use the combination of Rico’s trademark grappling hook and parachute to slingshot across the map. This method—if used effectively—is one of the fastest ways of getting around with maximum mobility. 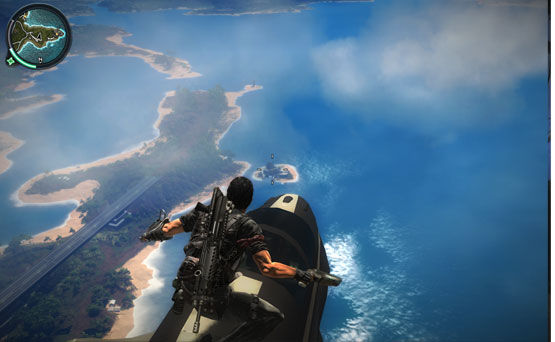 The grappling hook is invaluable even in combat as it can be used is a variety of ways to quickly turn the tide of a battle in your favour. For instance, when the player is on foot and is pursued by a helicopter, one can grapple onto the hull of the chopper and subsequently take control of the craft. This instantly changes a dire situation into one where you can completely own your enemies. The grappling hook can be used in other creative ways and just discovering those uses is half the fun.

Side-mission are littered across the map and new ones appear and the game progresses. The switch between free-roaming and ‘mission-mode’ is quite seamless and the game gives the player choice to abandon the current side-mission at any point. While most of these side-missions may appear similar at first-glance, it is impressive to see that the level design and enemy types keeps things fresh and challenging. Depending on how much damage you cause, the game raises the threat level starting from one to a maximum of level five, during which you can expect at least a couple of choppers and a handful of elite troopers on your tail. Also, as you complete more and more missions, the country’s military permanently raises the threat level which means that the next encounter will be a lot more challenging. This mechanism works well to scale the game’s difficulty as Rico’s firepower increases with weapon and health upgrades. 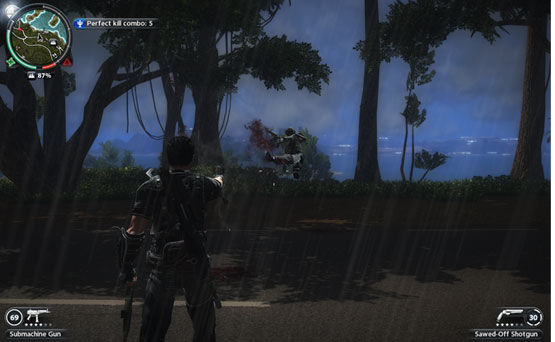 Compared with the choice of vehicles, the game has limited arsenal of weapons. However, in all fairness it is adequate to carry out any type of mission. At any point, the player can carry a single two-handed weapon and two single-handed weapons. Along with these, player can carry two types of explosives that are invaluable in bringing down big structures like communication towers and chimney’s.


Tech behind the mayhem

Avalanche Studios has used an improved version of the engine that they used to develop the first game in the series and the result is mostly positive. The load-times are impressively low and the textures scale very well without any ‘popping-in’ effect or noticeable drop in the frame-rate. However, the game suffers from occasional clipping errors especially while using the grappling hook to get around. There were a couple of instances when Rico got ‘stuck’ in a structure and I had to reload the game from the last checkpoint. Although not a deal-breaker, this is a blemish on an otherwise pretty tight game. 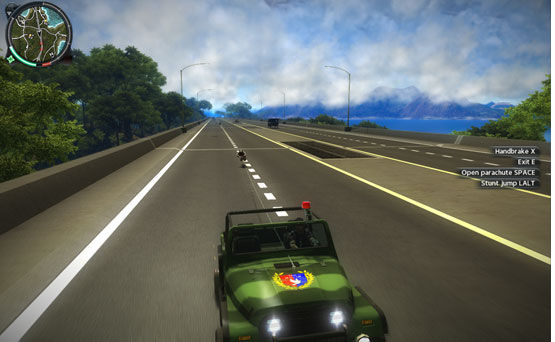 Another area where the developers could have done a lot better is with the game’s script and voice-acting. There are instances where you feel that the developers have intentionally kept the quality low to resemble a B-grade action flick. It is also surprising that the game has not run into any controversy as there is at least one conversation between Rico and his ‘buddies’ from the CIA where they talk like gangsters about the Panua government breaking ties with Uncle Sam and “looking elsewhere for protection”. This is just one example of the many conversations that are filled with Cold-War paranoia and black-propaganda. At best, the developers should get credit for keeping things honest and in the right perspective. 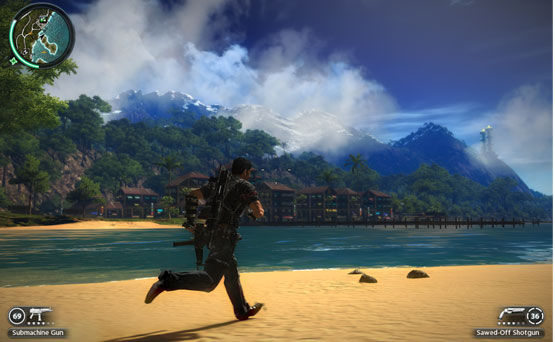 Completing the side-mission to purse the main-plot took me little over 20 hours on Normal difficulty. As expected, the game continues after you finish the main objective in a ‘Mercenary Mode’. In this mode you can finish any incomplete side-mission, participate in illegal races and locate hundreds of collectibles. You can also use this time to destroy what is left of the country’s infrastructure, which feels like putting an injured dog out of misery.

In my experience, sandbox games are fun to begin with, but just as easy to lose interest in. Just Cause 2 in one of the exceptions as it manages to keep you engaged and interested right till the end and beyond.