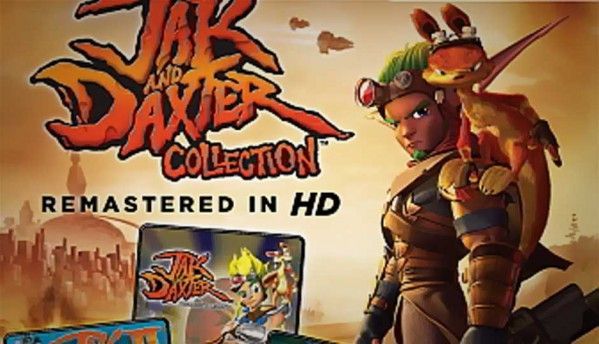 For anyone who remotely likes platforming action adventure games or just wants to cherish the brilliance of the past console generation should take a look at this game. It's a no-brainer that fans of the franchise will pick this one up as it deserves a place on your gaming wall. The only regret we have is that we wish Daxter's PSP adventure too was added to the disk completing the franchise.

When a game is remastered in HD, there are just 2 questions to be asked. First: how good does the game look and second, is the gameplay smooth enough to take on the current gen offering?

Today we have with us one of the most legendary action adventure platforming game series that hit the PS2 (apart from that Lombax and his metallic friend, not to mention a thevious Raccoon!). Apart from the fact that this remaster will bring nostalgia to gamers of the past gen, it is also intended to show the “newbies” that gaming on the last gen were fantastic. Is the reputation upheld?

Story
The story of the trilogy follows the tale of young Jak (who ages through the series) on his quest that has something to do with the jibber-jabber of the “precursors”. The story in the first game of the series (Jak and Daxter: The Precursors Legacy) wont keep you as hooked as the other two.

The story of the second (Jak 2: Renegade) is a lot more straightforward with a few twists and turns acting as the hook. Jak and his trusty sidekick have to protect a boy who is to fulfill a prophecy (duh!) and rid Haven city of Barron Praxis. The climax however comes when the complete story is tied together in the third game. Jak is banished from Haven, picked up by a tribe in the desert whose leader has lost his son (catching the drift anyone?).

Without spoiling anything there are reveal moments that will give “Luke, I am your father!” and “Great Scott!!” a run for their money.

Overall the story of the game gets better with each iteration. 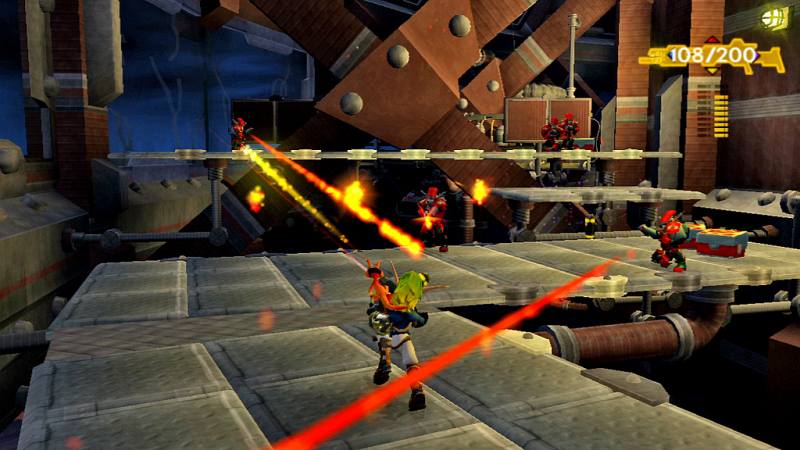 Gameplay
The gameplay of Jak and Daxter: The Precursors Legacy feels the simplest and slightly repetitive. It’s the same running, jumping and puzzle solving with the occasional side mission and vehicle scenario.

Things however change dramatically when you play Jak 2 and 3. The gameplay is still the same but there is a much more variety. You have a hoverboard; there are quite a few chase sequences, a GTA style map and open world and quite a few side missions that will drift you away from the main story. 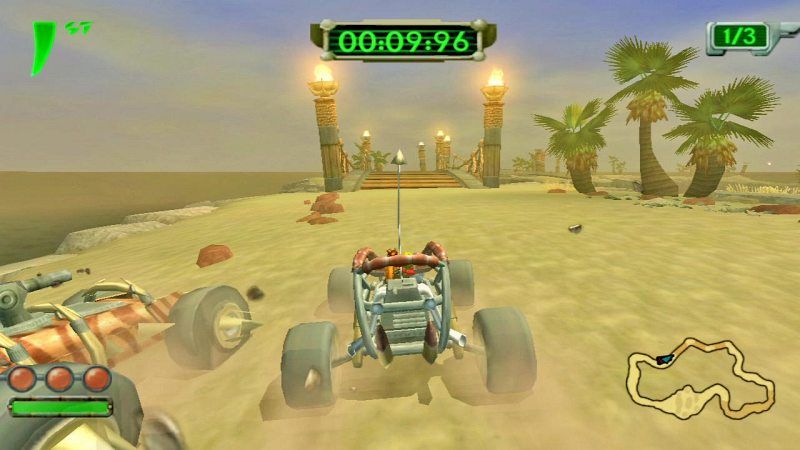 All these elements add longevity to the lifespan of the game. The addition of trophy support adds incentive for the 100% achievement hungry gamers.

All in all Jak 2 and 3 have aged gracefully in terms of keeping the gameplay fresh. It wouldn’t take you very long to get bored of the first one. Jak 3 is our favourite amongst the 3 as it mixes up open world with a hint of racing and some fun yet tricky platforming elements. 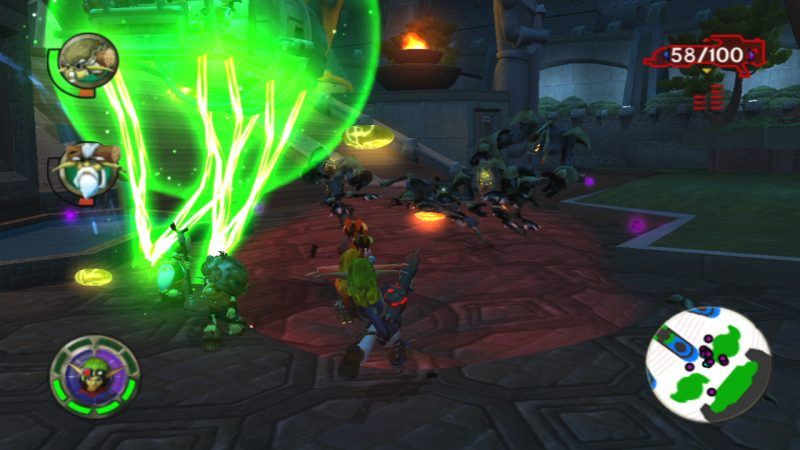 Graphics
Straight out of the box, all three games look fantastic. If you own a copy of the games on your PS2, we suggest you look at them before putting in the HD version so you can see how awesome the games look in HD. Jak 2 and 3 look really great with vibrant colours, smooth cut scenes and virtually zero load times.

Jak 1 however hasn’t aged that well. There are moments when the textures look like squares rather than smooth, and backgrounds, even though vibrant, look too simple. 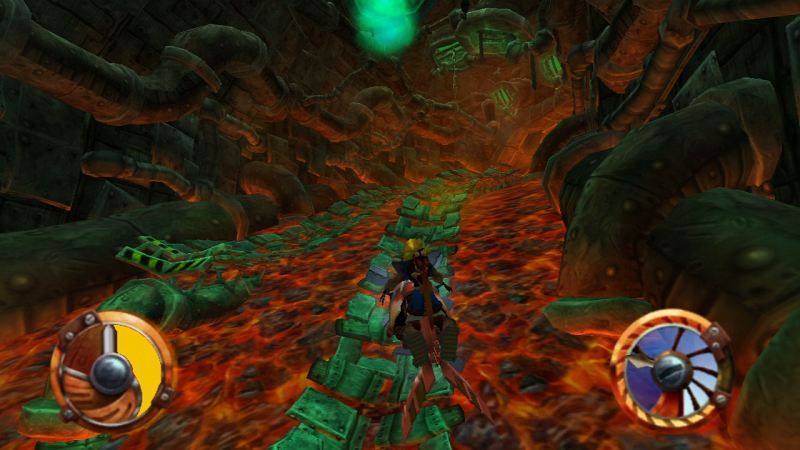 Sound
The voice acting of the franchise is top notch. Daxter is still our favourite funny character to ever hit a gaming franchise. From the first game all the way to Jak 3, his witty one liners, sarcastic remarks and Austin Powers like charm towards women will bring a smirk to your lips at the very least.

The background score is a fantastic tune in the first, which grows a little darker as the series progresses.

The chitter chatter amongst the guards, scared citizens and a fantastic imagination of characters brings Haven City and all its residents to life.

The swishes of the weapons and thuds of Jak’s punch too have a satisfying note to them. Verdict
For anyone who remotely likes platforming action adventure games or just wants to cherish the brilliance of the past console generation should take a look at this game. It’s a no-brainer that fans of the franchise will pick this one up as it deserves a place on your gaming wall. The only regret we have is that we wish Daxter’s PSP adventure too was added to the disk completing the franchise. 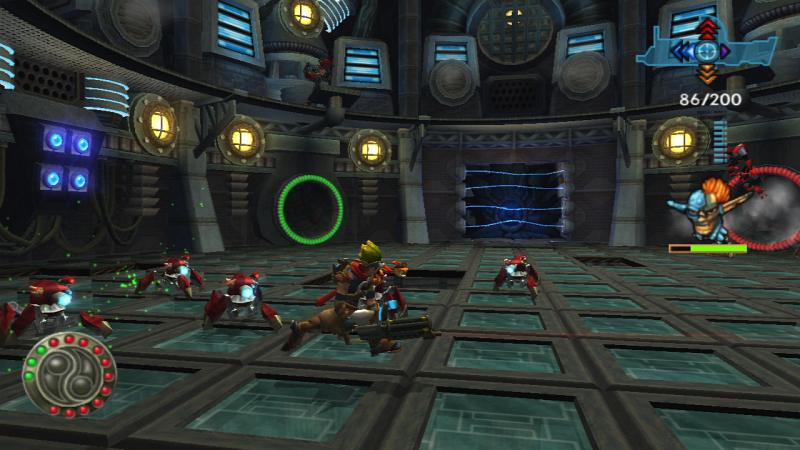