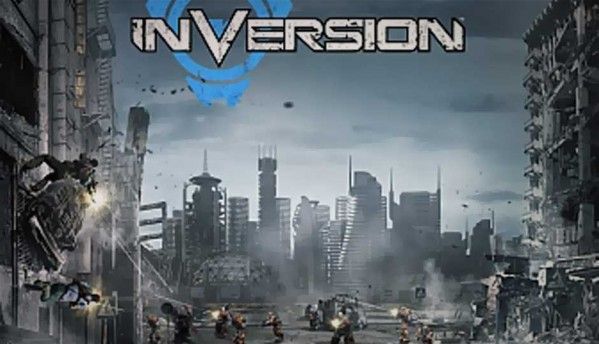 Inversion isn't a bad game. It's a copy of Gears of War 3 with some new gameplay mechanics but lacks polish. The gravity elements are interesting but aren't explored to their fullest potential. The overall experience is average and lacks the bangs and polish of an AAA gaming title. If you like third person action games then you can give this one a glance. It may not be worthy of a position in your elite games collection but you can definitely try it out for a weekend. You won't be missing on much if you let this game slip under your radar either.

Every game (especially third person shooters) claims to have the “X” factor that distinguishes them from the run of the mill running and gunning games. There are however games that have defined this genre. Gears of War is looked up to as a cover based shooter genre-defining game. The Uncharted franchise, which borrows heavily from Gears of War, mixes a cinematic experience with a great story driven experience.

Other third person shooting games such as Vanquish and Binary Domain try to mix things up but ultimately fail to make a lasting impression on the audience.

Today we have with us Inversion. The game is a third person cover based shooter with a difference. It boasts of mechanics where gravity comes into play. Is gravity a mechanic enough to distinguish this game from the crowd, or are you better off grounding your money in the tried and tested? Read on to find out.

Story
The story is pretty predictable. The city (Vanguard) is under threat from an alien race called the Lutadore. You don the role of a city cop named Davis Russel who has been taken captive by the Lutadores and his sole motive for escaping and taking out the bad guys is his daughter, who is missing. Along the journey, his partner assists him, so the game isn’t a one-man army showdown.

The story is told through routinely played out cut scenes with the lead protagonist narrating the tale which isn’t a bad thing but they are at very short intervals and if you are one who wants to run and gun, there is an option to skip them as well.

Overall the story of the game is uninteresting and the chatter between the duo doesn’t do anything to cheer up your mood or bring a chuckle to your lips. Marcus Phoenix and Dom have better partner chemistry than the duo of Inversion.

Gameplay
The manner in which Gears of War has been copied is not very humorous. The way in which the character sprints from one point to another, hides behind cover and moves between cover – the resemblance is uncanny. Even the HUD that displays your weapons is almost the same as Gears of War.

Cover based shooting is very similar to Gears of War.

The game has a very linear structure with cover-based shooting mechanics. It is the tried and tested mechanic of getting from point A to B with no room for exploration. The only roadblock comes in the form of obstructions that can be taken care of with the “gravity gun”. Lift object and smash them into walls to make way (something like Dead Space) or bring obstacles down by using gravitational force on them. It seems like fun at first but the novelty wears out quite quickly.

The game has some interesting zero gravity moments where the ceiling becomes the floor or you are walking on the side of a building taking out the guys on the road. These moments are fun, give you a sense of distortion that the world has gone upside down, but always leave you wishing there was more. The moments aren’t as cinematic or even come close to what the likes of Uncharted 2 offered us. What is on offer in the game is interesting, but feels lackluster, like an unfinished project.

In all the running and gunning the USP in combat are the gravity elements. You can shoot a gravity boost at your enemies to lift them from behind cover and empty a clip in them. It a neat way to take out enemies but becomes repetitive after a while. Besides, the enemies can still shoot you, even though they are floating in mid air.

Another gravity element that is present is the ability to maneuver between objects placed in zero gravity. Here, the game should have taken some hints from Dead Space 2 as the execution isn’t the best and when you throw combat in the mix, the experience borders on frustrating rather than exhilarating.

The game changes its orientation as ceilings and walls become your ground.

There is the occasional boss fight thrown into the mix, but it’s more of a roadblock than an interesting twist in gameplay. The worst part is that the same boss is cycled throughout the game at various points adding to the repetitive nature of the game.

For those of you that have run through the single player campaign, there is multiplayer as well. Twelve players can play online in six different game modes all pulled out from the tried and tested. There is nothing new here and pretty soon you will return to the comfort of Horde mode in Gears of War.

Melee takedowns help to take out enemies that are close.

The story can be played in two players co-operative and this is how you should play the game. The AI controlled partner isn’t bad but the fun of playing with friends can’t be matched by AI.

Overall, the gameplay of Inversion isn’t bad, but it isn’t great either. It is possible that you will get bored of the game easily, but the campaign isn’t very long and can be beaten in 8 to 9 hours. At the end of the day, you will be left wanting more out of the game.

Graphics
In a word – nice. The graphics of the game aren’t the best but they aren’t bad either. The character models look extremely stiff and this is reflected a lot more when they try to deliver an emotional expression.
The city looks destroyed and very reminiscent of Gears of War, but Gears of War looks better.

Another big downer about the graphics is in the enemies. Either they have the cloning machine from Attack of the Clones or they are siblings, as the enemies all look the same around every corner. The same enemies are cycled not throughout the game but in the same sequence. We understand the need to recycle the same enemies but this is a bit extreme.

But all isn’t bad. The way glass shatters and rubble falls when the gravity elements come into play is nice touch but lacks polish.

Sound
The sound in inversion is probably the weakest. The voice acting is decent but the way in which the story progress kills it. For example, in one moment, you are moaning over the loss of a loved one or thinking about your lost daughter, the next, you are killing like it’s an every day affair. The progression feels random at places. The transitions could have been better. The way in which sound and dialogue is played with when Dom dies in Gears of War 3 can be used as a benchmark for suck scenes.

The game is best enjoyed with a friend in co-op.

The background score is pleasant but drowns in the onscreen gunfire, which is average. The thuds of sniper rifle and the bang of the bazooka sound the same as we have heard it in a thousand other games. Don't expect the execution of the audio in the game to give you Goosebumps as it does in Dead Space 2.

The fact that the game has used the lead protagonists voice as a narration is a good idea. His voice acting is good too. But the dialogues and flow of the story could have been worked on better.

Bottom Line
Inversion isn’t a bad game. It's a copy of Gears of War 3 with some new gameplay mechanics but lacks polish. The gravity elements are interesting but aren’t explored to their fullest potential. The overall experience is average and lacks the bangs and polish of an AAA gaming title. If you like third person action games then you can give this one a glance. It may not be worthy of a position in your elite games collection but you can definitely try it out for a weekend. You won’t be missing on much if you let this game slip under your radar either.

You can carry 3 weapons at a time.

Use the power of gravity to take out multiple enemies in the vicinity.

Use gravity to lift enemies hiding behind cover.

Traverse through environments that range from the underground to the bold outdoors.