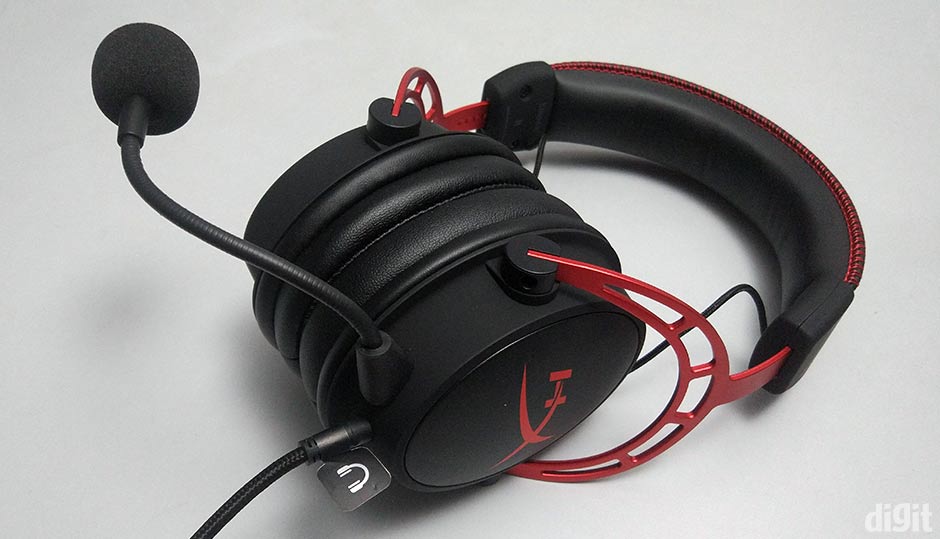 Good gaming headsets are the ones that deliver an immersive gaming experience without compromising on build quality and comfort. The Cloud Alpha manages to tick everything off the list becoming a great choice for hardcore gamers looking for a gaming headset. As always, the Cloud series of headphones have shown brilliant build quality that will last you for a long time. The aluminium frame keeps the headset lightweight and flexible while maintaining a sturdy structure. Its sturdiness is extended to the earcups and the flexible microphone. From the cables to the earcup memory foam, there wasn’t any compromise in build quality.

HyperX is highlighting the new dual-chamber design in their earcups. It ensures that the bass frequencies are separated from the highs and mids. Essentially, HyperX has tuned the drivers to ensure that the bass frequencies escape into a second chamber. This should make these sound frequencies distinguishable from each other and reduce the muddy nature of its previous Cloud headsets. The real-world listening experience might be minimal unless you’ve been closely using the previous headsets. Conclusively, the Cloud Alpha performs great in both gaming and music. We were able to distinguish the footsteps from gunshots and explosions in the background. They sounded crisp and hence, they were easy to locate.

Microphone performance was also impressive and it sounded more towards the neutral side. Of course, there’s some enhancement to boost your voice, but it’s only advantageous in voice communication. You can plug the headset into your PC, consoles and mobile devices. Most of the smartphones can drive the headset and the cables are long enough to suit your needs. HyperX’s Cloud series of headsets have always been regarded as high-end solutions for hardcore gamers. The Cloud Alpha does continue its legacy but we think that it’s slightly overpriced at this point.

The first HyperX Cloud headset received a lot of praise after it was launched considering the sound quality and modularity of cables during its time. Although it was expensive, it served as a great standard for gaming headsets to achieve. Since then, HyperX has been changing and bringing incremental updates to the Cloud line-up of headsets. They launched the Revolver series to bring in a more premium feel with the design. They also introduced the Stinger to cater to budget gamers. Having tested most of the headsets, we never came across any glaring issues. Audio performance has been impressive even though we might have had subjective opinions in design and build quality. Does the Cloud Alpha continue the legacy of the line-up? Let’s find out. The Cloud line-up had incorporated a sturdy aluminium frame in its design from the beginning. Although the original Cloud was based on the Takstar Pro 80, HyperX has improved over the design. For instance, they added a detachable mic with a gooseneck arm. When it comes to mics, we prefer this arm and also the one we saw on the ModMic 4. This ensures that you can easily bend and not worry about the arm going back to its original position. 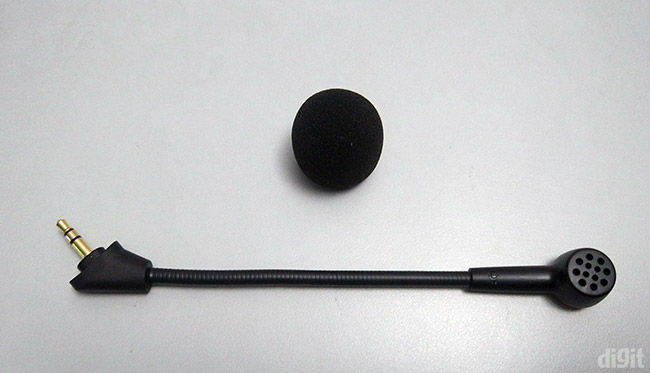 The most highlighted feature on the Cloud Alpha is the new dual-chamber design. Generally, headsets have a single driver on each earcup. The entire frequency range of sound is delivered through this driver which finally makes it our ears together. According to HyperX, they have been successful in separating the lows from the highs and mids in different chambers. By tuning drivers appropriately, they were able to direct the different frequencies in different chambers. The primary intention behind this new design is to ensure that the output doesn’t become muddy with all the frequencies coming out of the driver together. You should be able to listen to a less distorted sound and the different sounds should be distinguishable with this design. 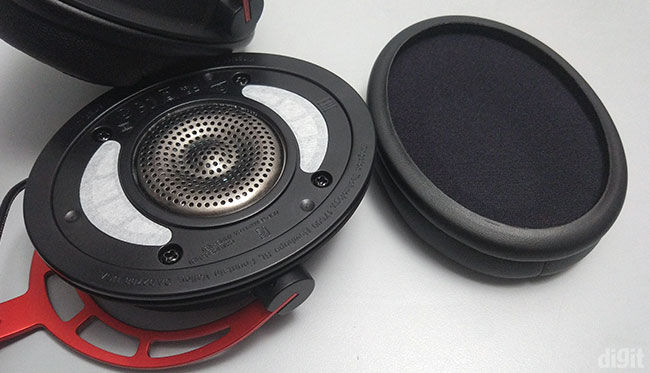 Both the ear cups have an aluminium outer-casing with a brushed surface. The metal contact points of the headband and the frame have a rubber-matte finish. The same finish is also carried on the earcups. Leatherette, or the popular term for fake leather, is used over the memory foam in the earcups. Just like the rest of the Cloud series (except Stinger), none of the earcups swivel. This is a feature we expect on gaming headsets since it’s easier to place it around your neck temporarily rather than completely removing it. In its current state, if the sliders are completely pulled down, the earcups won’t hinder with your chin or jaw. The clamping pressure is suitable to wear the headset for a long time comfortably. 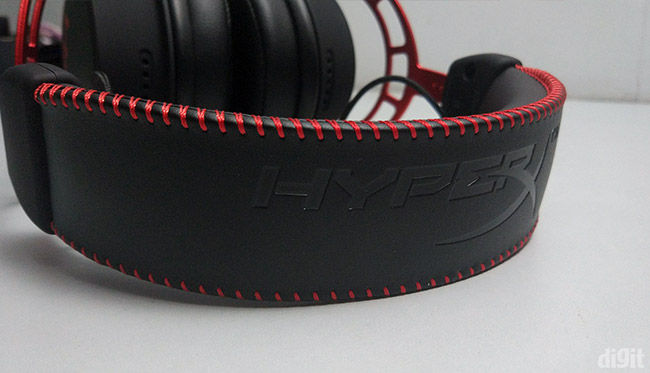 Few changes have been made to the aluminium frame holding the entire body. Earlier, it was a solid frame but now we see a few holes that gives it a new look. This also brings down the weight of the headset by a few grams. However, we aren’t sure whether the dual chamber design adds more weight. The headband has foam to support the entire weight of the headset. Additionally, the memory foam earcups work in tandem to make the headset comfortable over your head. You can spend several hours into gaming without feeling uneasy. But there isn’t enough ventilation so the interiors tend to become hot after a few hours. It can get worse if you’re prone to sweating easily. 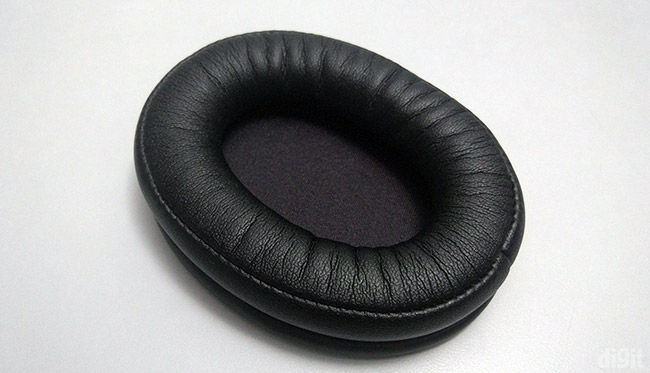 HyperX supports playback on platforms including PC, consoles and mobile devices. For consoles, you can directly insert the TRRS connector directly to your console or mobile device. If you wish to connect the headset to your PC, then you will have to use the splitter cable for audio and mic. We appreciate that the cables are long but they are too long when you’re connecting it to your PC (a total of 3.3m). Instead of providing a long cable for the splitter, HyperX could have included a short splitter cable. Along with the mic, the audio cable is also removable. This makes it easy to carry out the headset inside the carry bag. It’s a normal cloth bag and we would have appreciated if they had included a hard case considered the price of the headset. 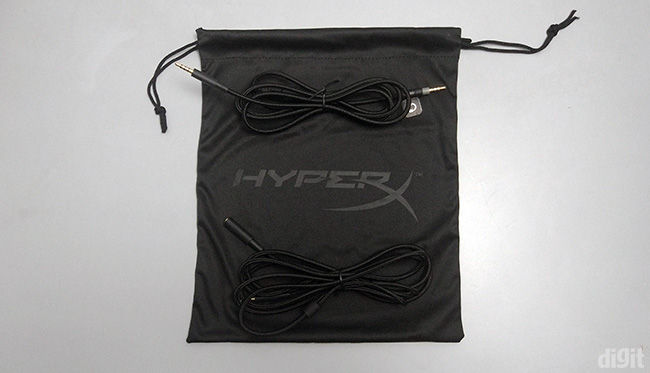 Several audio aspects affect your gaming experience. When you’re playing FPS games, you wouldn’t want explosion and gunshot sounds to mask footsteps. Sometimes the bass becomes so overwhelming, you can’t even listen to your teammates over voice chat. Or say, while you’re shooting someone, your enemy’s footsteps nearby will be overpowered by the gunshots. Does the dual-chamber help in this case? We can’t really determine. During a deathmatch in Counter Strike: Global Offensive, we were clearly able to distinguish footsteps from gunshots around us. The only difference we noticed compared to other headphones like the Kraken Pro V2 was the crisp and clear sound of the footsteps. We were able to notice the same in Playerunknown’s Battlegrounds while sprinting and interacting with objects. We can certainly say that these particular frequencies sound enhanced. However, we aren’t sure whether it’s the sound signature of the headset or because of the dual-chamber design. Nonetheless, audio performance on the Cloud Alpha is impressive. It packs enough bass to make your gaming experience more immersive while not overdoing it. 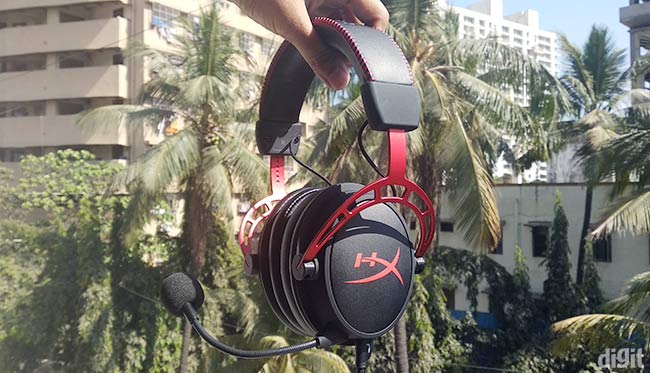 Some gamers might be picky about the soundstage on gaming headsets. Essentially, a wider soundstage will deliver a more immersive gaming experience in open world games. Titles such as Just Cause 3, PUBG and CS:GO, sounded great on the Cloud Alpha. Although it’s narrower than the Revolver S, you’re getting an impressive soundstage at a lower price.

The microphone quality is on the neutral side compared to the Revolver S. In voice chat, the Revolver S tends to sound a little too shrill. Although it’s preferable for voice chat to be on the higher spectrum, the Revolver S is a little too much for our taste. However, this is subjective and you might have other preferences. The Cloud Alpha’s microphone sounds enhanced to improve clarity. Not only is it great for voice communication in games, you can even use it for streaming on Twitch or YouTube, and even take phone calls. 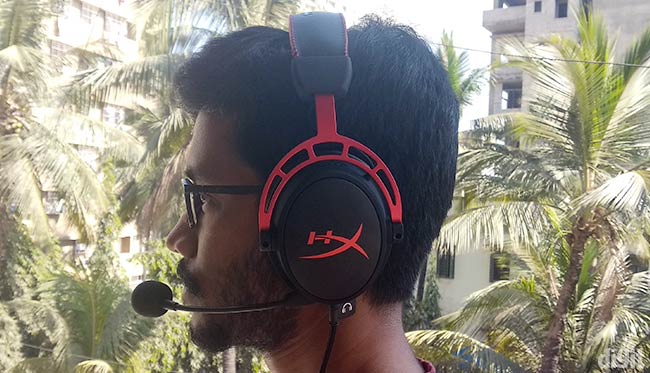 Even though the Cloud Alpha is meant for gaming, you wouldn’t be using it only for gaming. Occasionally, you might want to turn up the volume on your favourite playlists. The HyperX Revolver S has been our reference piece since it won our Zero1 award for gaming headsets in 2017. The Cloud Alpha sounds almost the same compared to the Revolver S. Whether it was acoustic, orchestral or rock, the sound signature is almost the same across music genres. However, the Revolver S delivers more clarity in music playback and packs slightly better bass. When sound across the frequency spectrum is being delivered, the Cloud Alpha starts sounding muddy. So, the dual-chamber design might not be beneficial for music. This is a minor difference that you might not even notice unless you listen closely.

A more prominent difference in audio quality can be distinguished when the headset is connected to mobile devices. Most of the smartphones should be able to drive the headset and it’s loud enough to listen at 60-70 percent volume. The Revolver S still stands superior to the Cloud Alpha in terms of soundstage and clarity. As mentioned earlier, this is something you’d only notice after close comparison. And in isolation, the Cloud Alpha still delivers a great music listening experience.