Only challenge the game offers is through annoying QTE; Story is not very compelling or engaging; Non-linear storyline sometimes throws the game out of rhythm; Almost complete absence of brain-bending puzzles

Quantic Dream has been in the game development business for over a decade and is a game developer with an uncanny fixation for serial killers. All three games that the studio has produced so far have been about investigations into serial killings, and in a sense these games can be considered as parts of a trilogy. While the three games have maintained a common theme, the game mechanics have been radically different each time. With Heavy Rain, the end result is far more drastic and to consider this product a game in the conventional sense would be a stretch.

Heavy Rain follows the investigation of multiple homicides in which the victims — all of them children — are found drowned in rain water and the killer leaves an origami figure as a calling card. The story unfolds through the eyes and experiences of the game’s four main characters. Heavy Rain delivers this story through interactive cut-scenes where the player’s interaction with the game is almost exclusively through QTE (Quick Time Events). There are a few instances in the game where the player has full-control over a game’s character. Even during such set-pieces however, the player’s options are quite limited — both in terms of navigable area and interaction with world objects. 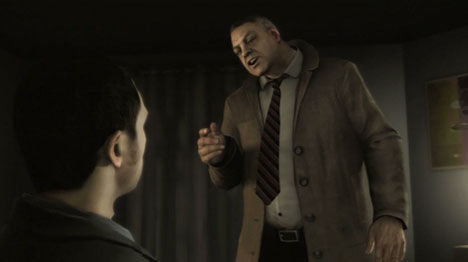 For a title that places such a burden on QTE's; the use of the same as the game’s central interaction medium is lacking and there are several issues with the system. For instance, there are times when the game will have you playing Twister with the controller. To give you an example, there is a sequence where the game expects the player to hold R1 L1 X and then pound on the 0 button. Pulling off something like this is virtually impossible while holding the controller as one normally does.

Now, while most games let the players retry a failed QTE at crucial points, Heavy Rain is a lot less forgiving. Failing to successfully complete a QTE can have results varying from your character getting a few bruises to something as drastic and the character dying permanently.The game saves progress at fixed checkpoints and the only way to avoid the more drastic results of a failed QTE is to force-quit the game. To make matters worse, there are instances where it’s hard to figure out exactly what the game is prompting the player to do. Another issue is the use of awful Six-Axis motion sensing, which is the last nail in the coffin for this game's control scheme. 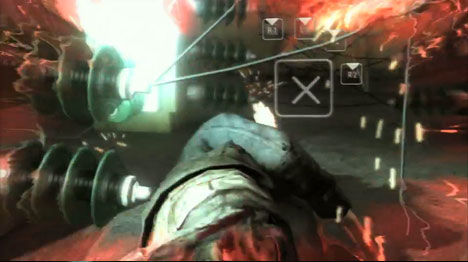 Outside of these interactive cut-scenes, there are set-pieces where the player is in “full-control” of a character. What the player is able to do during these sequences depends on the character that is currently under their control. These activities range from conversation with other non-playable characters and gathering clues at a crime scene, to something as mundane as putting on makeup or frying an omelette. The gameplay does get a little interesting while playing as the FBI profiler Norman Jayden and using the swanky ARI — an augmented reality gear used to quickly gather clues at a crime scene. However, even here there is a disappointing lack of puzzles and the game fails to really challenge the mind. For a game that revolves around an investigation, there is a surprising absence of challenges where you really need to apply your brain around the clues you have gathered.

At the very least, I expected Heavy Rain to be a contemporary adaptation of old-school point-and-click adventure games. Choppy controls along with lack of challenging puzzles and player control takes Heavy Rain far away from this genre. 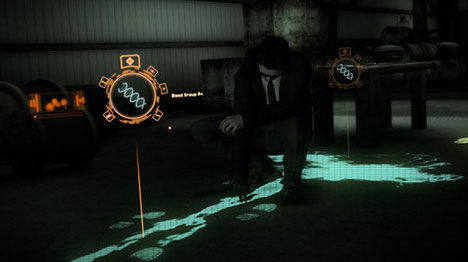 Visually, the game is a case of hit-and-miss : while the cut-scenes are both impressive and immersive, the game’s visual quality drops during normal game-play. The cut-scenes have been crafted well enough to bring forth an over-bearing sense of dank desperation that is often associated with incessant rainfall— something that is central to the mood of the game. What the story lacks is adequate character development and a sense of tension that is expected in a thriller such as this game. The game’s script and voice-acting is just adequate and mostly fails at capturing one’s imagination.

During normal game-play, the world textures lack detail and the character models are choppy from the neck-down. Even though the developers have reportedly made extensive use of motion capture, the character animations appear chunky and dated in places where the animation is not predetermined. Heavy Rain also suffers from several technical glitches. In spite of a 4GB installation of the game files on the PlayStation 3 hard drive, there are regular frame-drops and the game’s audio-video tends to go out of sync. The load-times are fairly high and the game occasionally locks-up during these loading screens. 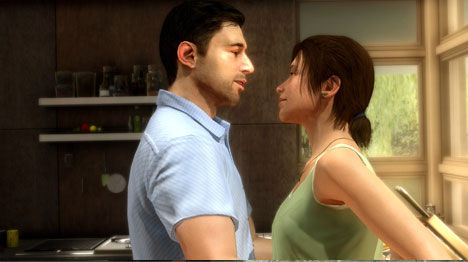 As is typical with Quantic Dream productions, Heavy Rain has several ways in which the player can reach the game's conclusion. For me, this experience has been less than memorable. One bad session with the game left me with only one playable character. Due to this, the killer’s identity was abruptly disclosed and this made for one disappointing conclusion. Additionally, the game also left several questions about the game’s character and the main plot unanswered. After ‘beating’ the game, the player has the option to start a new game or jump into the game from a particular chapter in the story. 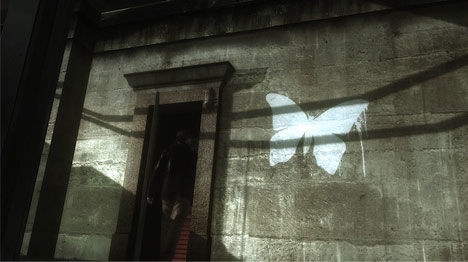 At the end of it all though, the game is just not compelling enough to inspire another jaunt through the game world. Heavy Rain can best be described as a glorified machinima with minimum involvement from the player; save the occasional sequences where it does resemble a game. One could approach Heavy Rain as an interactive movie, but at its price tag it would make for a bloody expensive movie.