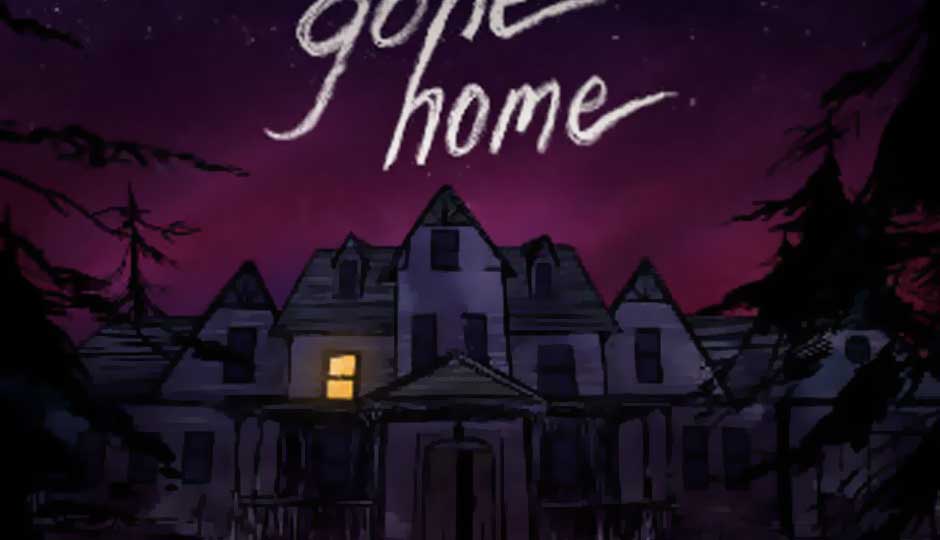 Gone Home is a special game, a game that sticks with you long after you've finished it in the four-five hours it lasts. By avoiding common (but popular) gameplay mechanics, the developers did take a risk but I do believe that it was a risk worth taking because the game gets the opportunity to devote all of its focus on the story and its characters.

At the end of the day, every story is a love story, isn’t it?

It doesn’t have to be a love story between a boy and a girl, it could be a tale of platonic love between friends, between a dog and its owner. Hell, it could be one between two robots on an Earth that’s been devastated by overpopulation and pollution. The love story is the evergreen trope, the one consistent building block of almost every story that’s ever been told.

Gone Home is, at its most simple, and at its most complex, a love story. And one that will, like every good story, make you smile and (unless you’re a heartless bastard) make you cry.

There’s been no small amount of hate directed at Gone Home on the Internet for some very stupid reasons. The biggest complaint is the interactive nature of the game, which Internet commenters state is the reason why Gone Home should not be considered a game at all. This argument holds no water because like many adventure games of yore and the excellent Walking Dead game from TellTale, Gone Home does not involve combat or stealth or any of the other popular mechanics from more mainstream games. Instead, you just have a house to explore and a mystery to uncover.

In Gone Home you play a young woman who has just returned home after a vacation abroad to find out that your family’s disappeared. A terse letter from your younger sister greets you at your front door asking you to not search for her. You find a hidden key that unlocks the house (one that your family moved into while you were away on your vacation) and you let yourself in, intent on finding out where the hell your parents and your sister are. As the story unfolds, it turns out that the house is believed to be haunted and its previous owner was an eccentric old man.

Gone Home is set in a house that has the familiar trappings of a place that has been lived in.

Unlike most adventure games, Gone Home doesn’t feature obtuse puzzles (no combining a screwdriver with a lighter to create a flamethrower here) or even simple ones. Although there are a couple of locked doors and cupboards for which you need to hunt down keys and combination codes, the puzzles you need to solve in Gone Home aren’t of the traditional sort. Instead, you’ll have to plunge into your family’s lives and piece together the story of what happened since you left them, up till their disappearance.

This absolute focus on the story is what makes Gone Home so damn special.

As you play Gone Home, you realise that the house you’re exploring is in every way one of the main characters of the story. And the developers have made sure the house is perfect, with almost every single object in it sculpted in detail and interactable. The game lets you pick up mundane objects like a tube of toothpaste you may have found in one of the many bathrooms and gaze at it from all angles, even though it, ultimately, has no real use in the game. This is a phenomenally good way to achieve that one thing all games strive for: immersion. While a game like Skyrim excels at propping up a wonderful world outside, Gone Home does the same thing indoors. Posters of bands like Sonic Youth and TV shows like the X-Files do a fantastic job of telling you when the game is taking place without outright telling you.

Gone Home does manage to successfully create a spooky atmosphere for most of its duration.

Gone Home is a special game, a game that sticks with you long after you’ve finished it in the four-five hours it lasts. By avoiding common (but popular) gameplay mechanics, the developers did take a risk but I do believe that it was a risk worth taking because the game gets the opportunity to devote all of its focus on the story and its characters.

My advice to you would be to ignore all the Internet hate surrounding Gone Home and play it in one sitting with the simple objective of living out an excellent story. I promise you that you’ll end up falling in love with it and that would only be appropriate.

After all, at the end of the day, every story is a love story, isn’t it?