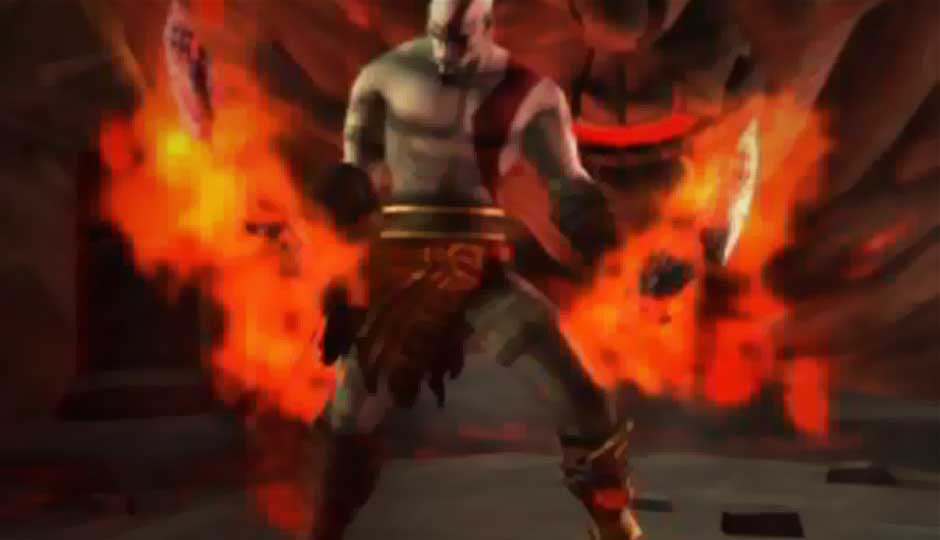 Two God of War games for roughly 2000 bucks is not at all a bad deal, and with the added DLC that was present with the original games on PSP and support for PSN trophies are icing on the cake. Each game provides a decent 6-10 hour gameplay for an average gamer, with increases further after you unlock arenas after beating the game once. God of War fan or not, this game definitely needs to be a part of any self-respecting PS3 gamer’ compendium of games.

This is madness!! No, This is God of War Collection - Volume II !!

God of War needs no introduction to its legions of fans, but for those who are not aware, it is one of the most successful franchises as far as PlayStation goes. Ready At Dawn, the studio behind the series’ portable entries, has ported God of War - Chains of Olympus and God of War - Ghost of Sparta to the PS3 as the God of War Collection Volume II. And boy oh boy, it does pack some punch with bumped up HD visuals, full stereoscopic 3D support, support for PlayStation network trophies and the unabashed glee of killing something 1272639 times your size with your bare hands.

A solid story line was never a forte of the games in this series. The story, it seems, is merely in place to give a semblance of logic to the mindless button mashing. Chronologically, Chains of Olympus takes place before God of War, and Ghost of Sparta takes place before God of War II. In God of War - Chains of Olympus we see Helios, the sun god, sky diving all the way to Hades’ underworld. Kratos is tasked by the gods of Olympus to save Helios from the clutches of Hades and bring light back to the world.

Kratos, the titular God of War --- Fire-arms are welcome

God of War - Ghost of Sparta follows the life of Kratos as the God of War, which he has become after toppling Ares - the previous God of War. He comes to know that the Olympian gods had kidnapped his brother, to stop a prophecy from coming true a la Harry Potter, and given him to Thanatos (Death, Personified) to keep forever. This brings out the Leonidas in Kratos, as he goes on a noisy and bloody rampage to save his brother. In both of these games, we see the hero battling his inner demons and possibly coming out victorious (based on the difficulty level). All in all the story is much better when compared to other plot-lines in the series, as we’re looking into how Kratos became what he is. Nonetheless nobody gives a damn about the story as long as you have hordes of baddies to butcher.

Puncturing a Cyclops’ eye, beheading a minotaur, strangling a Medusa, tearing apart an automaton, de-winging a harpie or harpooning a hoplite everything that Kratos does on screen feels epic.

Another way to bell a cat

[RELATED_ARTICLE]There are also some puzzle elements involved, which remind us of Prince of Persia at some level, but it seems that it is in place to purely give the player some respite from the relentless button-mashing. On the whole the gameplay is more than satisfactory. Kratos gets a wide arsenal of weapons and magical abilities in both the games, though it is the Blades of Chaos, which are, used most of the time. Other weapons and abilities are used merely when the story or environment expressly call for them. Both the games feature quick-time events, where you need to press the buttons in a specific sequence to kill a character on screen. This is mandatory as far as bosses are concerned, where once weakened, a prolonged quick time event will lead to Kratos gutting the said foe in an excellently gruesome manner. A few quirks present with the PSP are also ironed out, dodging or rolling earlier required the player to hold down both L1 and R1 and then use the left analog stick, which made it difficult to use initially though both the games now see, the controls being mapped to the right analog stick, making the gameplay a breeze. But one complain is that, we need to make all the way back to the XMB to change the game.

Although the graphics are remastered in razor-sharp High Definition for PS3, in 1080p at a comfortable 60fps, but they still let you down in some places. The game also works in Stereoscopic 3D (though we couldn’t test this). The cut-scenes have also been re-rendered in full HD, which was much needed after they had missed doing that in the previous God of War Collection (which packed in God of War and God of War II for PS3). 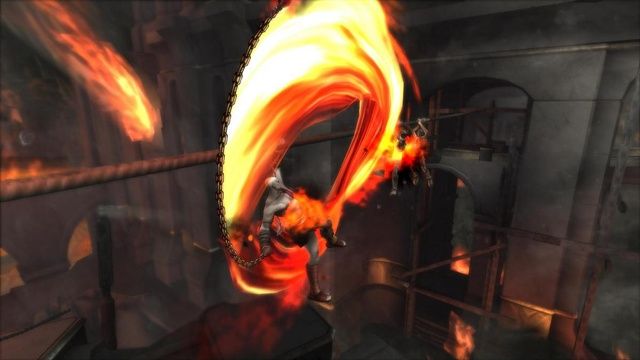 It will be a blast for those who have already experienced these games on PSP, and the game in the new HD avatar is, still as much fun as the portable versions. Anyways nobody in a sane frame of mind will let the opportunity of slaying old enemies in glorious HD (comparison here), slide away.

In clutches of Morpheus

Kratos seems to think that everybody he encounters, including us, are absolutely deaf, so he literally shouts out his dialogues and rest of the time the NPCs are shouting back and the voids are filled in by the clash of weapons. The background score is operatic with a focus on vocals and heavy orchestration. On the whole the soundtrack is apt for the game and stands in line with soundtracks from other games in the series. The sound has also been remastered with full Dolby 5.1 and DTS support, and hence is much more immersive.

Two God of War game for roughly 2000 bucks is not at all a bad deal, and with the added DLC that was present with the original games on PSP and support for PSN trophies are icing on the cake. Each game provides a decent 6-10 hour gameplay for an average gamer, with increases further after you unlock arenas after beating the game once. God of War fan or not, this game definitely needs to be a part of any self-respecting PS3 gamer’ compendium of games.