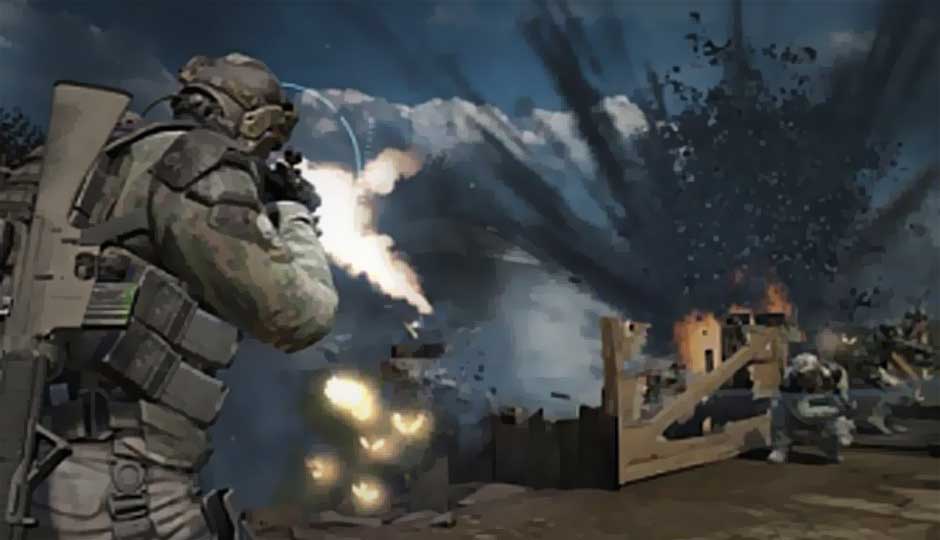 Ghost Recon Future Soldier not only adds new elements to the game, but also takes the unique features of the franchise to a whole new level.

From the searing hot landscape of Africa, to the frosty terrain of Russia, as a member of the Ghosts, you’re expected to conduct missions with the utmost stealth. A third person shooter that arms you to the teeth with futuristic (yet, oddly realistic) tech with a gameplay that employs a cover based system that seems like a fine blend of that from Gears of War and Call of Duty, the game promises to keep the player engaged. We got our hands on a copy to see for ourselves just how good of a job it does keeping us away from our computers and glued to the console.

The game opens with the Ghost Team Predator hot on the trails of a dirty bomb. During the recovery mission, the bomb is set off, killing all the members of “Team Predator”. Given the unexpected turn of events, another Ghost team with the call-sign Hunter is deployed to investigate the event.

The plot for Ghost Recon Future Soldier is pretty straightforward. You play as Staff Sergeant John Kozak and along with Master Sergeant Robert “Pepper” Bonafacio and Sergeant First Class Jimmy "30K" Ellison under the command of Ghost Leader Captain Cedric Ferguson. As part of team Hunter, you travel to obscure parts of the world, either eliminating threats or investigating questionable sites as suggested by the intelligence that keeps cropping as the gameplay progresses. The end goal is to hunt down and put an end to the terrorist faction named Raven’s Rock. What Raven’s Rock plans to do is not made clear at the beginning of the game, but is revealed in layers as the game progresses.

The story is well paced; with just enough suspense to keep our curiosity peeked, without having us feel completely lost as to what was going on and why we were doing what it was we were doing.

As a third person shooter that puts you in a team of three other very skilled soldiers, the AI in the game doesn’t do a lot to take away from the difficulty. The AI makes sure that the team members act more in a supportive role rather autonomously, going ahead and eliminating enemies on their own. The game is a third person cover based shooter that switches into first-person mode in combat situations, to allow for better accuracy.

The first thing we noticed about this game is the fact that trying to play it like Call of Duty or even Gears of War (two games from which it borrows some elements) will get you killed. Fast (like within seconds FAST). The whole idea of the game revolved around stealth. After the first level, you’re upgraded with adaptive camouflage, which allows you to be near invisible, but only when crouched or prone. Try to run, shoot or walk standing up straight and the camouflage turns off. It’s not a perfect system, which is what makes it believable. There is no way to complete a mission in “Gung-Ho” mode, meaning, you have to use stealth as killing an enemy raises alerts that end the mission. It isn’t just about the gun shot getting heard, but if the patrolling soldiers happen to chance upon any of their comrade that has fallen courtesy the finesse of your team’s head shots, an alarm is again raised and the level ends. We loved that the game forces us to think and strategize before making a move. 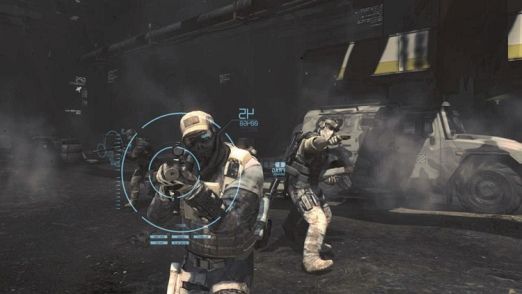 Moving on from stealth, the game also allows for marking up to four targets that can be taken out with a synchronized shot from each of your team-members. While this feature might seem straight out of Splinter Cell Conviction, Future Soldier does away with the direct-order based system and instead, uses it more like a kill-order. Once tagged, each of your teammates will pick a specific target and keep a lock on, waiting for you to take the kill shot on the fourth target, or give the kill order (in case you have tagged less than four enemies)

Complementing the tagging system is the Unmanned Arial Drone that your player carries in the back pocket. It closely resembles the Quadra Copters we have available today in the market, and will instantaneously be familiar to fans of the franchise from previous games. However, the Drones are capable of tagging enemies while in flight, and they can even turn into a virtually undetectable rover and puts out a sonic pulse to stun enemies. There really is no way to not feel like a bad ass as you strategize your kills using the drone, followed by your teammates taking them out with a clean synchronized shot.

While the game is based heavily on being stealthy, it does have its fair share of elaborate battles, complete with rifles, RPGs and even giant robots that shoot mortar and missiles. The battle sequences are always spectacular and as a team, you are always outnumbered and ridiculously outgunned. Try going solo on this and you will die. The game really emphasizes on team work, as it’s the only way to keep going ahead in the game.

Before the beginning of each mission, you get to choose what weaponry you load yourself up with. You can carry two kinds of weapons (primary and secondary) and two kinds of “items” (choice of grenades and sensors). This is probably one of the most exciting aspects of the game, as you can choose from a very large selection of weapons, each of which can be customized several tens of ways. At least that’s what the game developers say. Unfortunately, not all weapons and weapon attachments/parts are available right off the start and need to be unlocked as you play along. Slightly disappointing, but once you’re half way through the game, you can spend a good 40 minutes or so in the “armory” just modding weapons and what not. The best part is the Kinect integration, which allows you to go all Minority Report on weapon customization. Nothing makes you feel more boss than curtly swiping your arms in midair and watching a heavy machine gun swap out its stock magazine for a 250 round bucket. Spiffy! You can even take the freshly modified fun into a virtual shooting range where you can aim, shoot and reload, all using the Kinect gestures. This bit of the game isn’t yet perfect for fast paced action, so we’re glad that the main gameplay hasn’t been subject to Kinect integration.

The game has a vast gameplay environment, from urban cities to far flung African refugee camps to the snow-scapes of Russia. The visuals in the game are stunning no doubt, but some bits of the game look a little unpolished, as if lacking texture and detail. We reviewed the game primarily on an Xbox 360, running it at 1080p (60 Hz) on a 72-inch LED TV and the graphics were still good enough to make us go “WOW!” However, when we ran the same game on a PS3 (yes, we scored a PS3 copy as well), the game could only run at 720p (60Hz) and there was a significant deterioration in the quality of the graphics (mostly due to upscaling). However, on a 32-inch LED TV, the game looked the same on both the consoles. Graphically, the game doesn’t offer anything ground breaking, but does give enough to make the game seem visually pleasing. 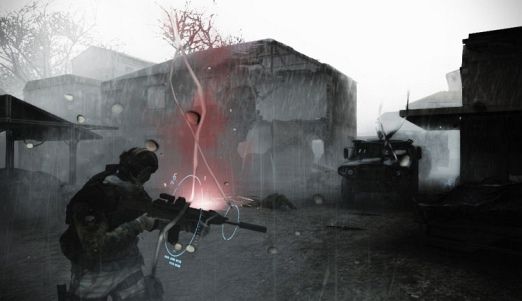 The soundtrack of the game is quite minimal, but the detailing on the little things is quite amazing, for example, the footsteps while treading on snow versus when you run on snow differ. There is a distinct metallic sound when you take someone down using a knife in stealth kill mode. Another great quality of the game is the auditory cues your teammates will provide you with respect to enemy position, which comes in extremely handy, especially when they are well camouflaged.

Regardless of how many parallels we drawn between Ghost Recon Future Soldier and other such game franchises (Gears of War, Splinter Cell, Call of Duty etc), the fact remains that the overall gaming experience of the Ghost Recon franchise is quite unique. IF you’re the kind of gamer who wants more than just “running around, shooting stuff”, Future Soldier is DEFINITELY for you. It forces you to play slow, think and strategize before you act. It emphasizes on the importance of team work.