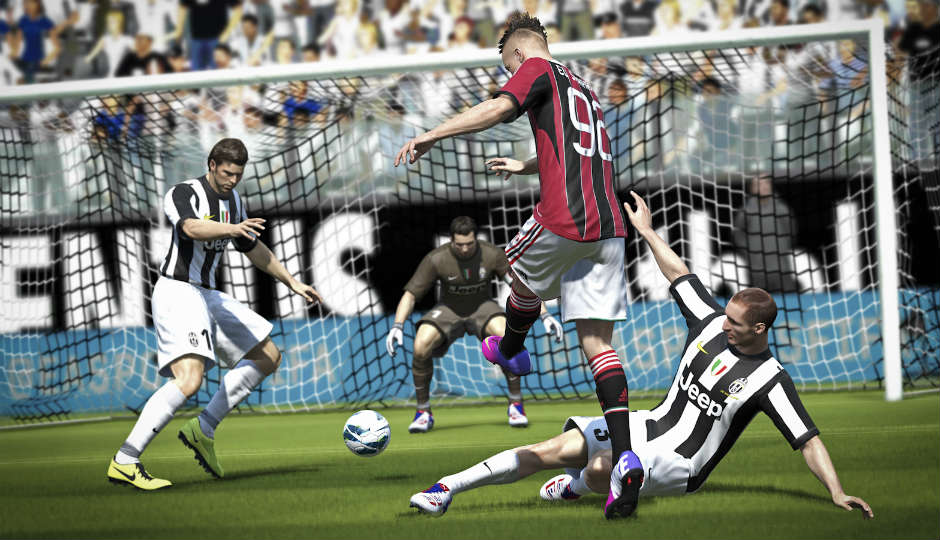 Another version of FIFA, another great year ahead. With the dynamic approach towards improving the gameplay of an otherwise altogether amazing football game franchise, this is the best thing that could've happened to FIFA that takes the game ahead. The various small tweaks to FIFA 14 don't make it any less familiar but instead these changes refine the game even more making it feel like an invigorating and engaging experience.

The air was full of excitement, hearts were thumping in unison waiting in anticipation for something big. The sound of someone blowing a whistle pierced through, breaking the silence. Someone started chanting in the distance and soon enough everyone else followed. The chants grew, reverberating in space. A drop of sweat trickled down the forehead of someone running fast with a ball on wet grass; All eyes were on him. As the distance became lesser, the chants grew louder. Then everything stood still. The ball was now flying, heading towards its destination, trying to reach it. Someone jumped to catch it but he was too late and the ball swooshed past him. There was an uproar, the tension broke and chanting turned into applause. Everyone started celebrating and the atmosphere turned exuberant. A goal was just scored.

The above tries to convey the emotion of every single fan of the beautiful game. This fan toils throughout the week waiting for the weekend with a broad grin on his face. Yes, he awaits the calling of football - the sport that breathes life into him, giving him strength and joy. And what if he gets a similar dose of the sport in the form of a video game? Yes, we are speaking of EA Sports' poster boy sport franchise “FIFA”. This football franchise has always been the biggest feather on EA’s cap, and why wouldn’t it be? After all, the game has evolved so much through the years. 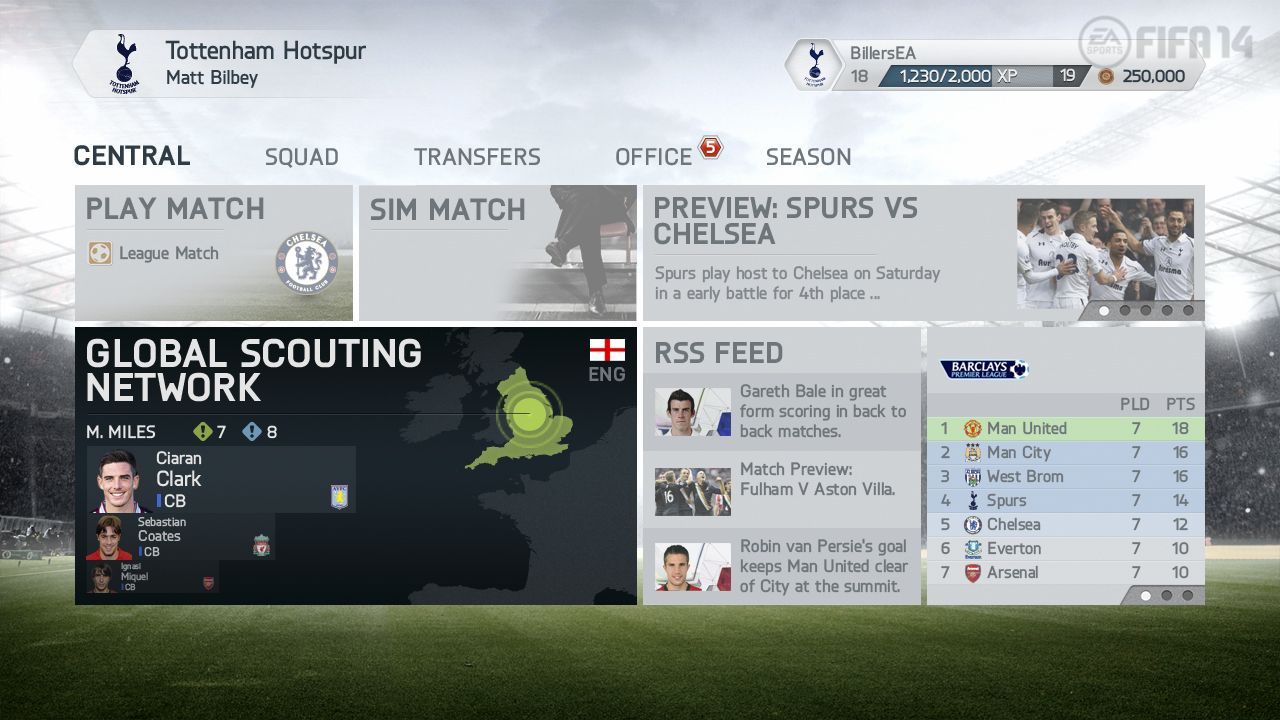 Every new FIFA launch has always tried to whet our appetite by bringing something new to the table. This year too EA has given us a lot of new stuff to process but in a good way. You’ll feel the novelty of FIFA 14 right from the beginning itself. Courtesy of a completely redesigned menu. Instead of a list like menu as seen in the previous iterations of the game, FIFA 14 uses a tiled layout; Much like Windows 8’s Metro UI. The menu structure is so well designed that you will accurately get the information you require from a particular tile which also gives you the description about a selected option, all on the same screen itself. Since FIFA has always tried to bridge the gap between the game and the real sport, the matchday and current team event features look brilliant in the new menu. The improvement on the menu style makes the older menus look dated – that’s saying a lot, given that they weren’t too bad to begin with.

Speaking about gameplay, long time loyalists to the franchise will find the game weirdly annoying at first. Gone are the days when you would simply take a long run with the ball, cutting through the defence, and score a goal. FIFA 14 asks much more from you, it wants you to take an altogether different view of the game by learning to control a few key elements. EA has tweaked the physics of the game and improved upon simple things such as momentum. The ball, for instance, is no longer cemented to a player’s feet. Taking sharp turns or wildly changing directions will make you lose the ball easily to an oncoming defender. The more you turn, the more difficult it is for the player to maintain his balance while keeping the ball. This is where we feel EA is taking FIFA in the right direction in terms of recreating realistic gameplay. The added level of detail given to physics make the game more immersive and believable. 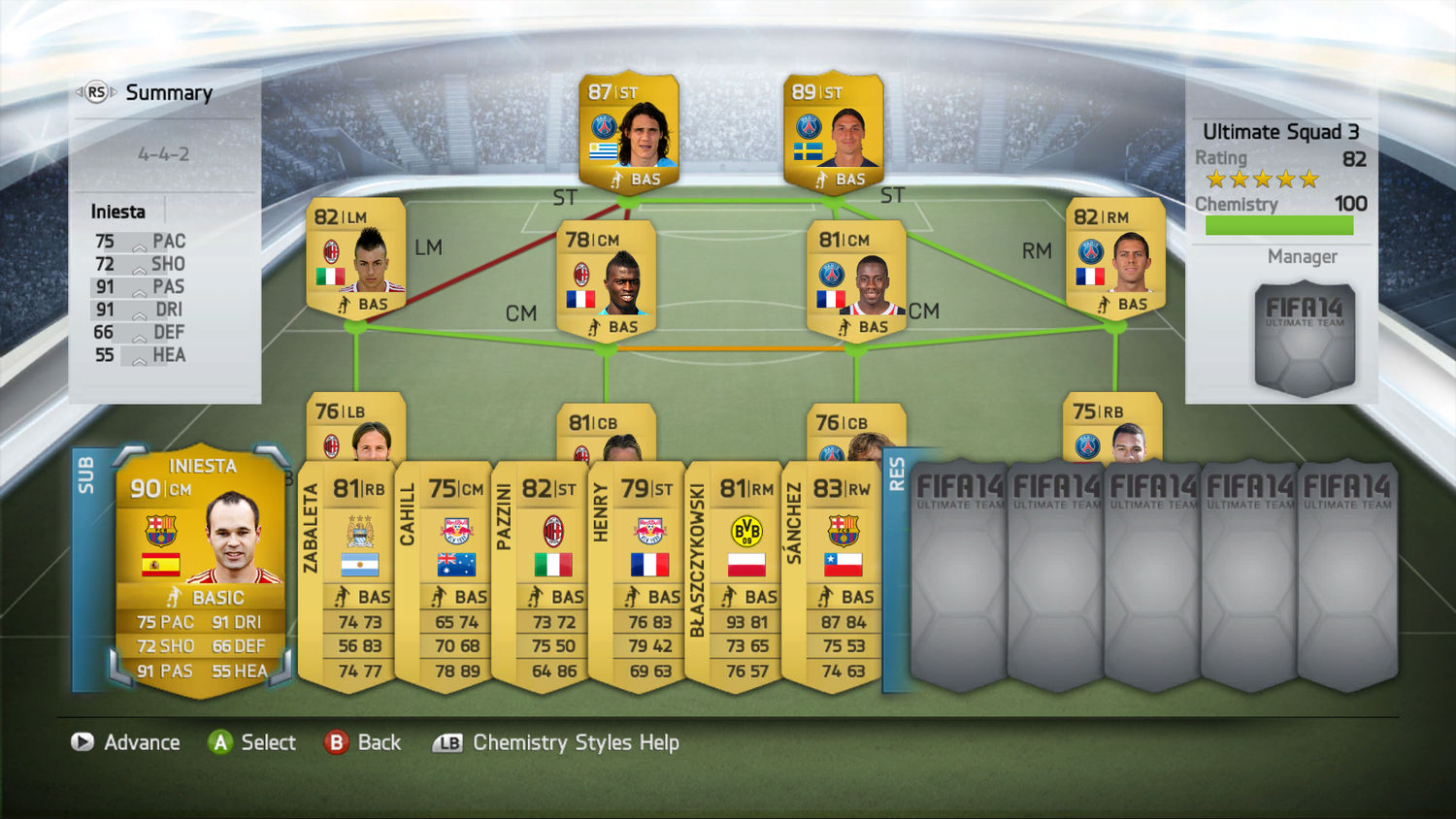 Trying to pick your fantasy eleven? Time to work on that Ultimate Team of yours. Get cracking!

With a much improved AI, you obviously get very less time on the ball. The defence for example tries to close down on you from all sides making it difficult to pass the ball. You will find the opposition intercepting your routine passes with much more ease so you have to either be extremely accurate with your pass or hone your dribbling skills. There are times in the game when the ball will stay in the mid-field for very long just because both defences are doing a great job of keeping it away. The defence is so good that sometimes if a player loses the chance to tackle an opponent, he can try and take a second chance at it and somehow triumph. Shielding the ball has been vastly improved as well and players can push and shove each other in a much better way while fighting for the ball. Trying to shoot the ball will now get you unpredictable results because you can’t always control the trajectory of your shot and it tends to deviate a bit adding a bit more difficulty to the action. Attacking has been improved too; you’ll see some of your team mates automatically getting into positions or building up the play around you. This is why you always have an option to do something with the ball instead of just handing it over to the opposition.

Another major improvement we saw was the skill game mode. EA has introduced a whole new level of skill games in FIFA 14, the challenges are divided in Bronze, Silver and Gold and each one is different from the other. You’ll have a fun time with this because of the versatility of challenges in it. The points system hasn’t been left out as well. You can earn points in the game by leveling up using the XP you receive while playing matches. And then buy in game things like new match balls, classic team kits, wicked celebration moves etc. There is an abundance of online and offline game modes in FIFA 14. There is a game mode for everyone; Online Seasons are for people who demand something challenging while trying to fight and reach the top of the table. Then you have co-op seasons, unranked head-to-head matches, 2v2 matches, online friendlies, career mode and not to forget FUT (FIFA Ultimate Team). The Manager mode is better than ever before, while the FUT mode makes you think tactically by linking like minded or related players together to improve the chemistry and performance of the team as a whole. The online gameplay of FIFA 14 is pretty comprehensive and bug-free, and a constant reminder of just how far away you are from being able to crush quality players from around the world. 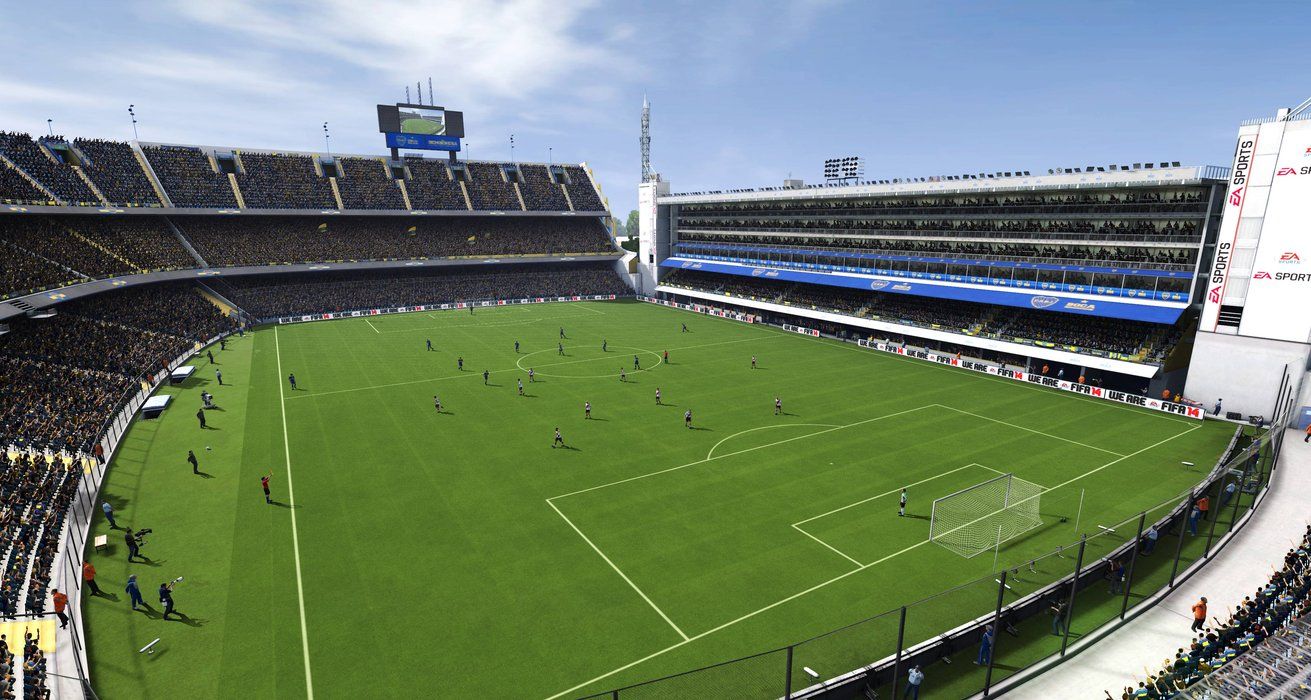 Stadiums look good, so does the grass and most of the players and the supporters assembled inside the arena

There is not much to say about the visual aspect of FIFA 14 as the graphics haven’t been improved upon by much from FIFA 13. An ageing game engine is to blame here. But nevertheless, each and every character in the game is detailed very well and looks like a splitting image of their real life counterparts. The environment looks great as usual and so do the stadiums. FIFA as a franchise has always had a well curated choice of in-game music and so does FIFA 14. There were times while playing the game that we stopped in the menus just to listen to some of the great tracks. The game has a tune for everyone.

Without in-game commentary, a game of football feels incomplete. Commentary makes the game more enjoyable and adds depth to it. FIFA has always had amazing commentators who’ve delivered excellent dialogues that gel perfectly with what’s going on in the game. However, EA has used almost 80% of the same commentary from the previous versions of FIFA and we strongly feel that it should add a completely new set or lines of commentary for every year the game is launched.

Another version of FIFA, another great year ahead. With the dynamic approach towards improving the gameplay of an otherwise altogether amazing football game franchise, this is the best thing that could’ve happened to FIFA that takes the game ahead. The various small tweaks to FIFA 14 don’t make it any less familiar but instead these changes refine the game even more making it feel like an invigorating and engaging experience.