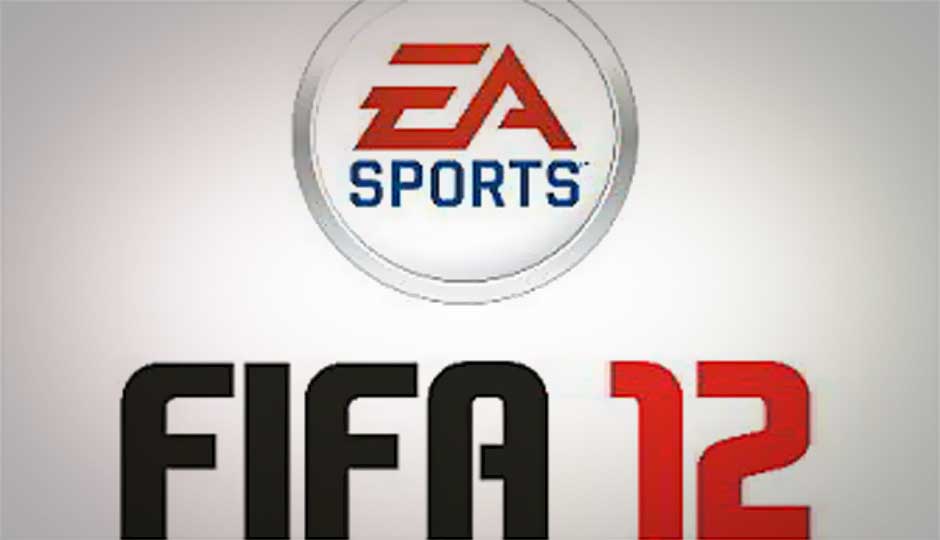 FIFA 12 is a great game when you get on the pitch and actually play football. The off-the-pitch issues are what plague it most, which sort of makes it realistic and close to real-life, just not in a way EA Sports - and certainly not the way the fans - expected it to.

FIFA 11 was a very strange game, in that it brought out a myriad of reactions – often polar opposites – from us at different times during the game experience. The convergence of the offline game modes into one Career mode was a welcome move, as was the move to a less-automated passing system. The superhuman defenders and numerous bugs, however, were routinely subject to deluges of expletive-filled outbursts. Ultimately though, FIFA 11 wasn't a significant enough upgrade over its predecessor to warrant a purchase, even if it was drastically different.

EA Sports have looked to change that with FIFA 12, as one might have noticed with all the pre-release “best FIFA ever” talk. We dismissed that as the perennial hype machine, but come September 30 we were actually left wondering if we were a little too quick in our dismissal of the claim, with the biggest reasons for that being the changes in gameplay.

FIFA's gameplay changes have followed a bit of a trend recently. In their quest to get ever-closer to realism, EA Sports have focused on a particular aspect of football each year. Two years ago, 360-degree dribbling was introduced, and last year it was the passing system that got a revamp. This year, it's the turn of the aspect that has stayed pretty much untouched for more than a decade now – defending.

If you thought defending in FIFA 12, like in every other recent FIFA, would be about holding down the A or X button (or the D key) to press and tackle the opponent, think again. Tactical Defending, as the feature is called, takes the focus away from pressing and closing down to a more positioning and timing based system. You are encouraged to intercept the ball, or contain the opponent in a specific area to stifle the attack.

This has been done via a change in the control scheme. The press button is now the contain button, which makes a defender try and limit a player's movements instead on homing in on their target. Once you get as close as you can, it is up to you to jockey, tackle or have a tug at the shirt sleeves if you fancy that. Defenders commit completely to tackles now though, so you risk being left eating dirt if you don't time them properly. It obviously takes some getting used to, especially considering how long we've been using the old system, but once you get the hang of it, defending becomes a very rewarding experience. However, worry not if you fail to do so, think it's too tough or just can't get yourself to like Tactical Defending – there is an option to switch back to the legacy system.

The game pace has been lowered too and that makes a huge impact on the next feature, Precision Dribbling. It aims to give you more control of how your player dribbles in close quarters, moving to a more precise style when under pressure from a defender. Deft touches and minute direction changes have been made possible, as has slowing down and going eye-to-eye with a defender while you decide your next move. What this does is give players a lot more time on the ball, which was one of our primary complaints about previous editions of FIFA. No longer does playing at a high enough difficulty level make the game a ping-pong, second-touch pass exhibition. Precision Dribbling, along with the 360-degree movement, makes the game a much better experience.

That cannot be said about the new Impact Engine though, which changes the way player model physics is handled. This addition hoped to redefine interaction between the players on the pitch, be it jostling, tackling or jumping for a header, which earlier depended on canned animations. It works pretty well for the most part, making collisions look quite painful, but on occasions ends up causing some unintentional laughter or rage with some pretty hilarious or unfortunate outcomes. Defenders fall over each other, teammates collide head-on etc. – which is all well and good when it doesn't lead to your team conceding a vital goal.

What happens after this will look painful

Now that we've gotten the core gameplay out of the way, let's talk a little about what you can actually do in the game. Offline game modes haven't changed much, with the Career Mode where you can take on the task of being a Player, a Player-Manager or a Manager and craft your career. Unfortunately, what has also not changed much is the fact that it is riddled with bugs. If you're a player, you never get substituted – even if you're extremely low on energy or are carrying a minor injury – and this leads to fixtures where the manager says he's forced to completely rest you because you were looking tired out there. Hey boss, if I looked so tired out there, why didn't you just sub me out, instead of taking off my relatively fresher strike partner? On the Manager side of things, players sent out on loan do not improve like they should, which kind of defeats the purpose of sending them away in the first place. Overwriting the default tactics of a team will corrupt your save and youth development is a bit too effective, not to mention the friendly AI in the Be A Pro mode runs around in a manner that can only be likened to headless chickens. But hey, at least we got more transfer activity and a cool new transfer deadline screen that has the Sky Sports logo on it!

Online carries a few minor changes, like making one select their team and difficulty level before searching for opponents, instead of the other way round. Ultimate Team – which was a DLC in previous editions – is now a free-to-play trading card game but again, it's filled with bugs. Probably the most broken online mode, however, is the head-to-head because of a very unfortunate exploit. Ranked matches make players use Tactical Defending, but people are making use of a feature which lets them control the keeper and let the AI defend. This means we're pretty much facing the AI online, which is kind of stupid because if we wanted to do that, we'd just play offline.

Presentation is just what we've come to expect from EA Sports, though it hasn't changed much from FIFA 11. There's a new highlight reel-like intro sequence for matches, which is pretty neat, but some celebrations look awkward thanks to the wonky physics. Andy Gray is missing from commentary as Martin Tyler's partner following his firing over sexist comments, and he is replaced by Alan Smith. Clive Tyldesley and Andy Townsend are also present as the voices for cup fixtures.

Conclusion
FIFA 12's gameplay is extremely solid and is only a few Impact Engine tweaks away from being excellent, but the numerous bugs and issues that plague both the offline and online game modes are quite the mood killers. One can only hope patches are on the way, but we've seen EA Sports do this year after year, and there are no signs that lead us to believe this year is any different.

The bottom line, though, is that FIFA 12 is a great game when you get on the pitch and actually play football. The off-the-pitch issues are what plague it most, which sort of makes it realistic and close to real-life, just not in a way EA Sports – and certainly not the way the fans – expected it to.