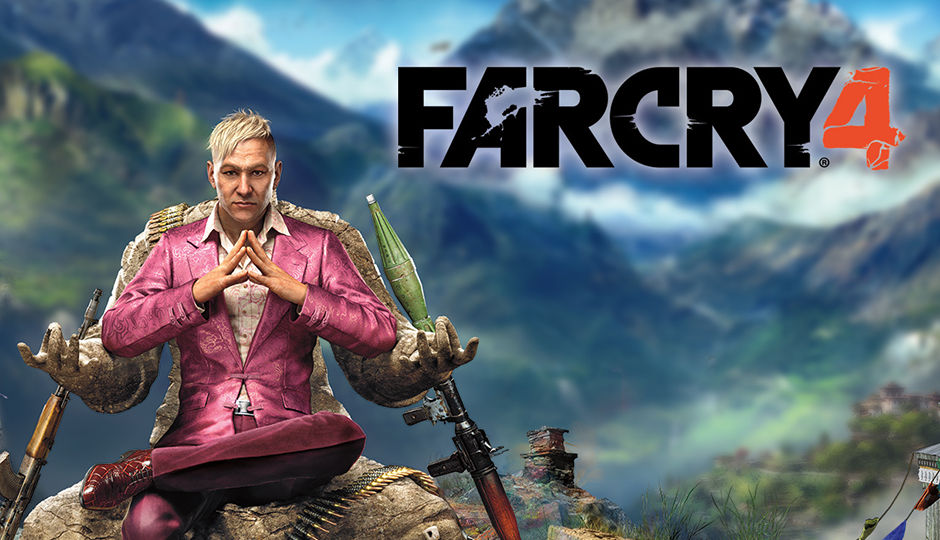 Far Cry 4 neither has the grit of Far Cry 2, nor the magical qualities of Far Cry 3’s Rook Island, but it brings so much more to the table that it’s the perfect follow up to both those games. The linear story missions hold it back a little, but Kyrat’s beautiful open world is full of near-infinite adventuring possibilities.

There are things that will happen to you in Far Cry 4 beyond your wildest imagination. Things that are so ridiculous, in fact, that your first reaction would be to rubbish the ‘flawed’ game design, curse a few times and stop short of smashing your controller/keyboard/mouse. Far Cry 4 can be infuriating—both from a gameplay standpoint as well as a technical one. But it can also give you pure, unadulterated joy, take you to Shangri-La (literally) and then send you crashing to the bottom of a Himalayan cliff-side (also literally, of course). This is that sort of game, where pleasure and pain somehow form a union, transforming an otherwise fun open world experience into something more—at times more frustrating, but mostly more meaningful. 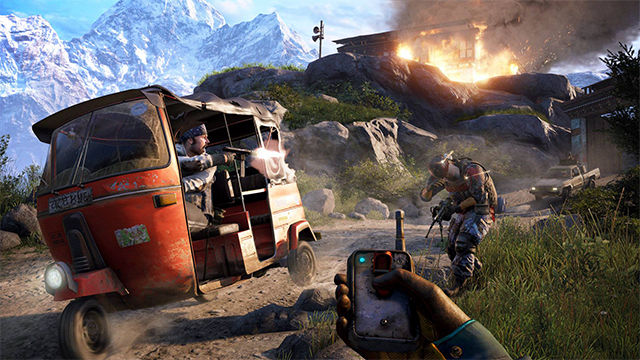 The setup, as you would expect, makes things very interesting. Playing as American-born Kyrati, Ajay Ghale, you’ve come home because of your mother’s wishes to scatter her ashes in a place called ‘Lakshmana’ in Kyrat, a country which appears to be a fictionalized version of Nepal. The game is not going to make it quite as simple as you would expect (note: actually, the alternate ending lets you finish the game in 15 minutes), because Kyrat is now under the control of Pagan Min, a psychotic megalomaniac voiced by the always-excellent Troy Baker. A resistance movement (‘The Golden Path’) is taking shape as well, but a power struggle in the higher echelons between leaders Amita and Sabal (Lost’s Naveen Andrews voices him) means you’ll have to intervene and decide the fate of the ‘Path—and Kyrat itself.

It’s difficult to get fully behind Far Cry 4’s story—or more particularly, its story missions. It’s great that you can choose to do two entirely different things (by siding with Amita or Sabal) which will have opposite effects on the overall story (and by association, your next mission), but they don’t work well enough as individual pieces of narrative (or a collective piece, for that matter). It’s not too different when you look at them as gameplay set pieces as well. Yes, the mission elements are interesting, often having you do really cool things like take over an airport, escape a remotely situated prison with no weapons, kidnap bad guys behind enemy lines in the trunk of a beat up car (which looks suspiciously like a Sipani Dolphin), but the heavily scripted nature of the story missions imposes limitations which are against Far Cry 4’s core philosophy. We want to play a Far Cry game because there are no strings, or the ‘right’ way to do something—linearity and rigid success or failure conditions go against the design philosophies of a sandbox game. Perhaps, the story missions were intended to break the perceived monotony of the sandbox, but really, it does more bad than good. They put me off so much at times, that I spent hours doing anything but the story missions. 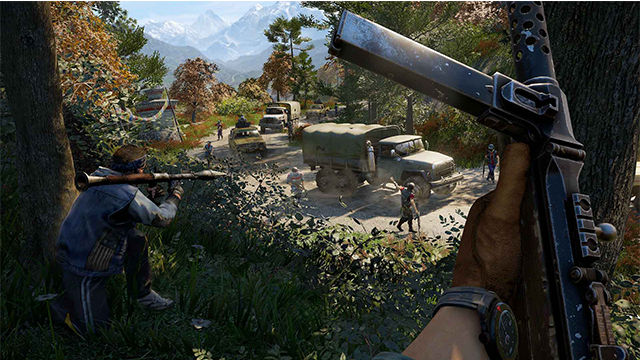 This is undoubtedly the year of the side quest. With Assassin’s Creed Unity, Middle-earth: Shadow of Mordor, Dragon Age: Inquisition, and Far Cry 4 all employing side quests to flesh out the world and give your story context.

Nothing you do ‘on the side’ feels unimportant in Far Cry 4, and each side activity has its own mini-narrative and tangible reward in addition to the challenge it poses. Granted, most of the side missions are improved versions of Far Cry 3’s missions, but Kyrat feels more like a living, breathing world than the Rook Islands. Having said that, the ‘magic’ isn’t quite present in Kyrat as it was in the Rook Islands—arguably due to the strangely isolated set of playable missions set in the Himalayas, which aren’t part of the game’s open world. While the feeling of remoteness is lost amidst Far Cry 4’s emphasis on conflict, there’s no doubt that your place in the game world feels more meaningful when you’re left to your own devices and given a license to explore.

Side activities range from hunting missions and hostage rescue, to bomb defusing, racing and convoy ambushes. There are tons of random events that you will encounter as you drive through the massive map as well. There are more outposts to liberate, more bell towers to scale, weapons and gear to unlock. Then there are the fortresses—large outposts with a small army within and multiple alarms. You can weaken these by thinning Pagan Min’s ranks (eliminating his generals will weaken his/her respective fortress), choose to assault them with a friend in co-op, or my personal favourite, charge through the front door on the back of an elephant with a grenade launcher in hand. 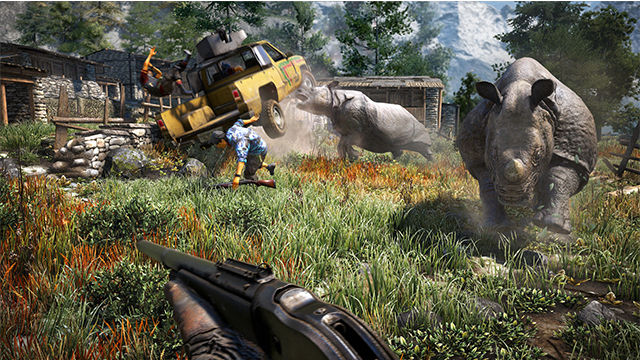 Far Cry 4 also has a variety of quest-givers this time around, including a gun-running preacher, a pot-smoking pair of brits, a Kyrati radio jockey with a questionable sense of humour, and everyone’s favourite douchebag CIA agent from Far Cry 3, Agent Willis Huntley. You’re given a combination of story and side missions by this lot, and they’re all very good even if some of the same linearity-related problems raise their heads occasionally. The Shangri-La missions in particular are quite different—you’re transported to a fantastical world, where you step into the shoes of Kalinag, an ancient Kyrati warrior who has a white tiger for a companion to whom kill orders can be issued.

Now would be a good time to point out that there’s a lot of Hindi (the Shangri-La missions in their entirety, for instance) and the occasional Nepali spoken in Far Cry 4. Ubisoft’s obsession with exotic English accents continues in Far Cry 4, but the accents this time around sound like Western interpretations of what people from the subcontinent sound like. Golden oldies on the radio and guards cursing in Hindi can be immersive, but shouts of “We have a general direction!” are sure to get to you eventually. Hasan Minaj’s RJ Rabi Ray Rana in particular, is hands down the most annoying thing about Far Cry 4. Fortunately, you can turn the radio off, or drown it out with heavy weapons fire. 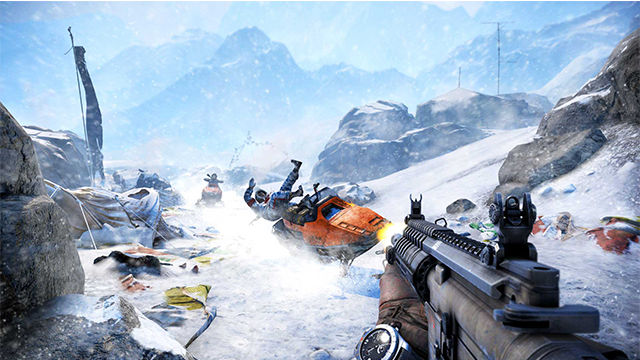 Far Cry 3 was no slouch in the gunplay department, and neither is Far Cry 4. In addition to the usual suspects, Far Cry 4 features more signature weapons and the returning M79 single-handed grenade launcher from Far Cry 2—arguably the most fun virtual weapon I, or anyone else, will shoot this year in a video game. The sheer destruction this thing can cause is ridiculous, allowing you to shoot down choppers, obliterate vehicles from the driver’s seat while moving at full speed, or take out outposts by yourself and still have 5 rounds in the tube after you’re done. It was good in FC2, but now it’s just a monster weapon—one that requires situational awareness, but a monster weapon nonetheless.

The ultimate weapon, of course, is Ajay Ghale himself. Like his predecessor Jason Brody before him, Ghale appears to have taken to the lifestyle of a video game protagonist quite well. Within an hour of visiting his long-lost motherland, he learns to shoot an AK-47, silently stab and kill enemies, and rappel like a professional mountain climber. 15-hours in, he’s the gun-and-bow-toting saviour of Kyrat—no small feat. He’s a new, improved version of the SoCal sophomore, with the ability to perform vehicle takedowns, ride elephants and more. 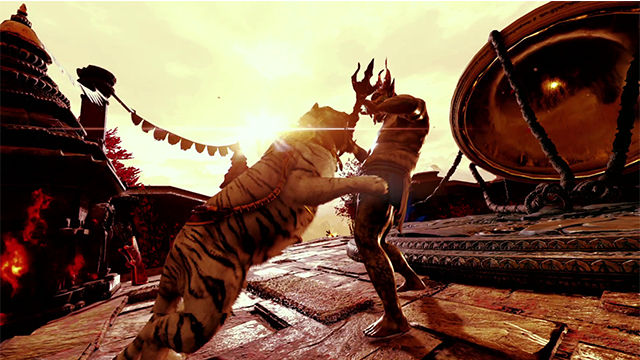 There are, however, a few issues worth mentioning. First, weapon swapping can feel like a tedious affair without the ‘At the Ready’ upgrade, particularly with the fast paced nature of most early skirmishes. Second, the weapon wheel doesn’t work as well on PC as it does on consoles, and if you’re using the number keys to choose a weapon, you’d better have a good memory or OCD, since story missions can randomly change your weapon mapping. Finally, the disparity between weak and powerful weapons is too vast—either you’re completely defenceless or the Terminator (Buzzsaw, I’m looking at you). To achieve that balance, I found myself playing with self-imposed restrictions (no higher tier signature weapons, or bow and arrow-only for outposts, etc.).

And as with Assassin’s Creed Unity, there are technical issues as well—mouse acceleration issues and stuttering problems are still present (I experienced occasional stutter even on a GeForce GTX 970 irrespective of the settings, but this is probably because Ubisoft is the new Satan). You’re also likely to encounter some random in-game bugs such as button prompts not working, floating enemies and random instant deaths mid-air (but this could be those vicious killer eagles, who knows?). 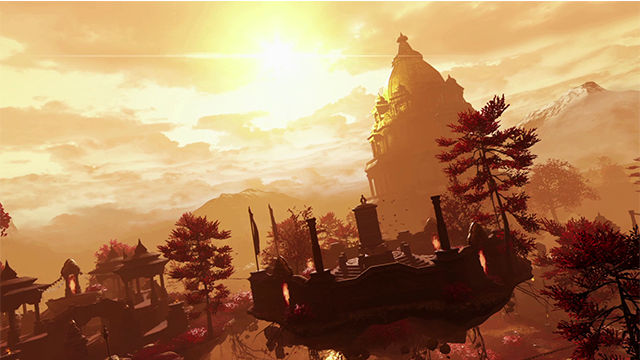 The Far Cry series has always been a benchmark for game graphics ever since Crytek’s original release in 2004, with subsequent games in the series introducing visual upgrades that leveraged graphics processing technology to the fullest—most notably with Far Cry 2’s fire propagation engine which has since been a fixture. Far Cry 4, similarly looks particularly gorgeous on PC, but you’re likely to get more out of the game if you’re running Nvidia hardware.

An upgraded version of Far Cry 3 and Far Cry 3: Blood Dragon’s Dunia 2 engine powers this year’s avatar as well, and as a result, FC4 sports a similar visual aesthetic as its predecessors. This demonstrates the scalability of the Dunia engine, but with the addition of new tech such as HBAO+ (a fixture in Ubisoft games it would seem), Light Shafts/God Rays, Percentage Closer Soft Shadows (PCSS), Temporal Anti-Aliasing (TXAA) and HairWorks Dynamic Fur. There’s a significant hardware cost to a couple of these features—HBAO+ (more realistic shadows for objects near light) and TXAA (eliminates jagged edges entirely), and while you will lose a bit of richness by turning them off, the alternatives are not all bad, and it’s a fair performance trade-off. PCSS and God Rays make a big difference to game immersion, however—the former in Kyrat’s mountainside settlements with lines of colourful flags and areas with multiple elevated shadow-generating objects, and the latter in areas with heavy vegetation and indoors (particularly when natural light enters caves and buildings). While all the effects have a significant collective impact on the graphics, the fur effects stand out single-handedly. The amount of vibrant detail and realism it adds to Yak and Tiger fur is unbelievable.

On consoles, Far Cry 4 plays pretty well despite the 30 frames-per-second cap. A direct comparison with the PC version diminishes its visual appeal, but it’s still one of the better looking games on both the PS4 and Xbox One. The immersive quality of Far Cry 4 is so great that you’re really not paying attention to the visuals because the world just feels so believable. It’s only when you stop to admire Kyrat in all its glory that you realize what a great looking game Far Cry 4 is, irrespective of platform.

Far Cry 4 neither has the grit of Far Cry 2, nor the magical qualities of Far Cry 3’s Rook Island, but it brings so much more to the table that it’s the perfect follow up to both those games. The linear story missions hold it back a little, but Kyrat’s beautiful open world is full of near-infinite adventuring possibilities.

Editor’s note: The mouse acceleration and graphical issues have supposedly been patched out in the second round of patches. We’ll test it out and update the review if required.