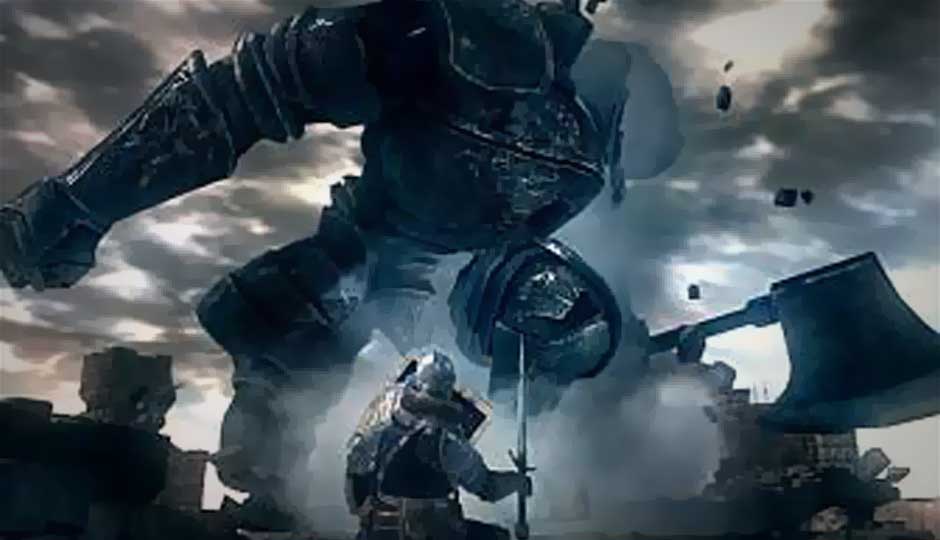 Dark Souls is not a game that will appeal to everyone. If you’re used to having your hand held at every turn or just generally want to play a game to unwind, this is not for you. This is a game that demands your time and will stress your patience to its limits. With Dark Souls, From software has created one of the most compelling and atmospheric action RPGs ever and it is an experience that must not be missed.

It isn’t that this game has some sort of murderously intelligent AI or that it has an artificially jacked up difficulty level – the enemies re-spawn after every checkpoint (bonfires) and each enemy will always follow its own, but consistent, attack pattern.

In any other game, these very same issues would be something we would complain about but no so in Dark Souls. When it comes to combat, you have everything that you need, you know where the enemies are, you know their attack patterns, you can even figure out what weapon would suit you best and despite all this, you’ll still die a hundred times and every single time it will be your fault.

You always know that you screwed up and you’ll feel stupid for not being able to deal with it and you’ll want to try and try again till you succeed. The same goes for the boss fights, with the added exception that instead of one fixed attack pattern, they might have 2 or 3 patterns depending on their health.

Why the combat is so much fun is hard to really explain. Maybe it’s because it never feels like the game is unfair, or that the mechanics are never at fault. It always is your fault that you screwed up and it is that urge to improve your game that pushes you forward, taking that punishment over and over again to get that little bit better. One misstep and you fall off a ledge.

Why? You were in a hurry and forgot about it. You spent that last bit of stamina on just one more swing of your axe and then you realize you’ve got nothing left to dodge that massive club coming down on your head and you just know that it was your greed that got the better of you.

Punishment and reward, these are what make or break a game and Dark Souls somehow got it right. Every swing you take with your weapon, your choices in the game, every attribute that you upgrade, everything has to be carefully thought out. This game is no mindless, button-mashing frenzy; it requires thought and it requires patience and even more importantly, ceaseless vigilance.

Dark Souls won’t hold your hand in anyway it forces you to grow up, to think for yourself; there are no objective markers, no journal to keep track of quests and no map to show you where to go. There is a story but it’s not immediately apparent and you can literally go anywhere you like (as long as you have the right key). You can try to beat an undead skeleton to a pulp with your fists while in your underwear if you so wish it and the game will let you do it.

The lowliest minion can make short work of you if you’re not careful. Some of the boss battles are crushingly hard and the sense of satisfaction and achievement that you feel when you kill your first Capra demon just cannot be matched.

Later on, killing it will become a matter of routine, not because you will have fancier weapons (though you might if you’re lucky), but more because by then, your actual skill (we’re not talking about in-game skill points here) will have advanced enough that you are able to slay the demon with comparative ease.

Dark Souls: Prepare to Die Edition doesn’t even have a feature like quicksave; the only place you can get a bit of respite is at bonfires, which are few and far between. If this wasn’t bad enough, every time you rest, the entire world respawns (except for bosses). Somehow, this works very well with the theme of the game.

Travelling from one location to another doesn’t just degenerate into a matter of farming for souls; because of these few bonfires you have to really think about where you’re going and why you’re going there. All these mechanisms serve to only draw you further into the game rather than make you curse the developers for their lack of foresight.

Verdict:
Dark Souls is not a game that will appeal to everyone. If you’re used to having your hand held at every turn or just generally want to play a game to unwind, this is not for you. This is a game that demands your time and will stress your patience to its limits. With Dark Souls, From software has created one of the most compelling and atmospheric action RPGs ever and it is an experience that must not be missed.