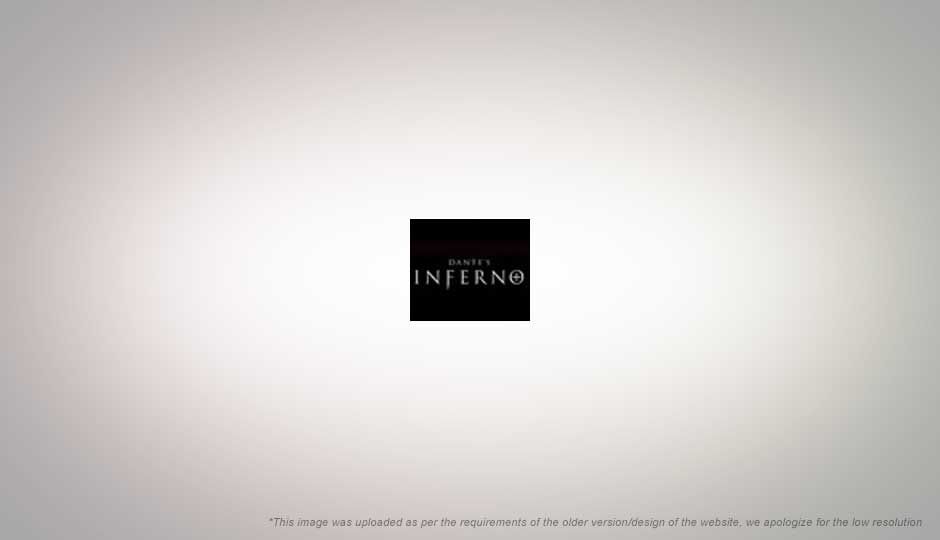 Dante’s Inferno had couple things going for it, way back when it was first announced. The most striking thing about this project was that it was going to be loosely based on a 14th Century poetry that was penned by one man’s imagination, fuelled by his faith and fear. Also, the development team working on the game is made up of the same guys that gave us Dead Space; which for my money is the most exciting game to come out of EA since a long time. Clouds of disappointment started looming when EA first presented the game-play video.

Then after getting a chance to play the E3 code, it was pretty clear that Dante’s Inferno is going to be a God of War clone. This of course is great news for those who swear by God of War’s game-play mechanics. As a follow up to Dead Space, it is very sad to know that they spent the last few months creating a cash-cow for the publisher. The premise of the game was always going to make the game a tough design challenge. However, I was expecting Visceral Games to at least try something different with this game, and although the game is not bad, the potentially deep premise is lost in the chaos of frantic combat. 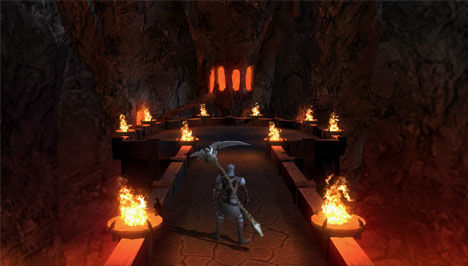 For an action game, Dante’s Inferno still has a pretty deep storyline, and Dante’s encounters with consequences of his own deeds are some of the best parts of the game. The game’s story will take the player through the Nine Circles of Hell and on to the final encounter with the well-hung Prince of Darkness. Dante makes this journey to rescue the soul of his beloved Beatrice, from the clutches of Lucifer. Character of Virgil from the original works makes an appearance in the game as Dante’s guide through the underworld. 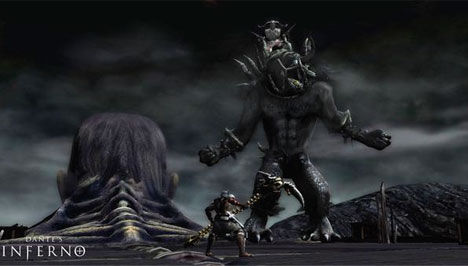 It would have been nice to get more than two weapons; however the combat system is still fairly deep. Death’s Scythe is the only melee weapon in the game and for ranged combat the player carries a holy cross that fires projectiles. Souls left behind by dead enemies and retrieved from special containers are used to purchase upgrades. Player can earn two distinct types of experience points—holy and unholy. The holy path mainly focuses on enhancing attacks made using the Holy Cross; whereas unholy experience improves skills with the Scythe.

Throughout the game, player gets to decide whether to punish or absolve an enemy. Choosing to punish will be rewarded by unholy experience and absolving gets you holy energy. There are also encounters with famous people from history and from Dante’s personal life. These encounters l reward players with bonus experience points. New skills are unlocked as the player earns experience points and these upgrades are purchase by spending souls. 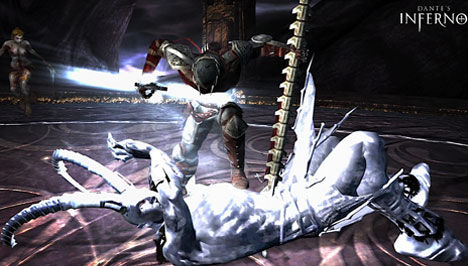 The developers have made up a little for the lack of weapons with the addition of Relics and Spells. Relics are found throughout the game, often in obscure locations, and equipping these gives the player additional bonuses. Spells are unlocked at regular intervals throughout the game, most of them during special encounters. Usage of spells is linked to the player’s magic reserve and these can also be upgraded by investing souls. 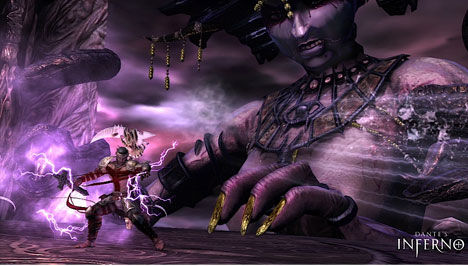 Between the frantic battles, the game slows down the pace by using standard elements like platforming, puzzles, treasure hunt and cut-scenes. The narration and storytelling is pretty good, but the essence of the underlying story does not meld with the game-play. The combat and story are both good in their own rights; however I feel that the two together do not do justice to each other.

The game lasts for about eight to ten hours, depending on how quickly finger-fatigue sets in. Beating the game unlocks the highest difficulty level and a challenge mode. This also unlocks New Game mode, giving you the opportunity to max-out with the holy and the unholy paths. This is also an opportunity to collect any Relics or NPC encounters that you might have missed during the first play-through. The developers have already announced a DLC that will add multiplayer mode to the game and will come bundled with a challenge/level editor. 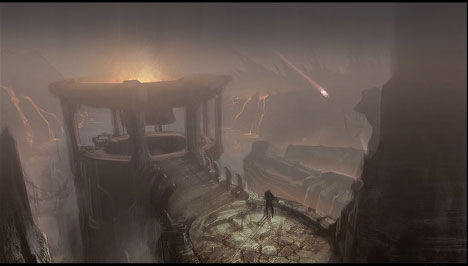