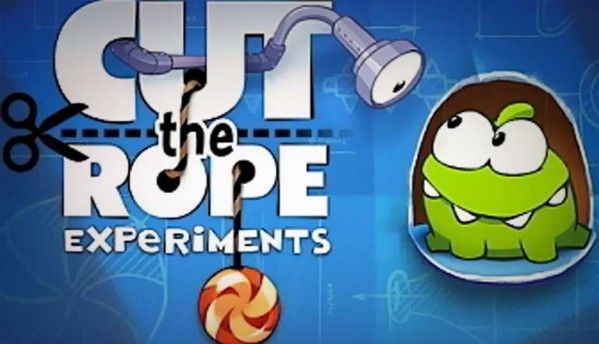 Cut the Rope Experiments is a very addictive game that will appeal to all ages that have a liking for puzzle solving. We would have said that the lifespan of the game was a drawback, but the developers show continuous support for the game by adding new levels for free.

If you thought Angry Birds was the only intuitive puzzle game that kept you up all night trying to get three stars think again. There is another series of puzzle games in which you feed candy to a cute and cuddly creature named Om Nom. Yes. That’s his name. Launched in 2010, Cut the Rope was one of the most intuitive physics based puzzle game to hit the iOS platform.

Cut the Rope: Experiments is a sequel to Cut the Rope that has been available on the Apple App Store since 2011, but the developer, ZeptoLab recently added 25 new levels to Experiments. So we thought we’d review the game for you.

Just like its predecessor, your task in Experiments is to feed the candy to Om Nom and collect as many stars as you can on the way. The 1st 25 levels of the game are sort of a recap to the original. It adds a feeling of nostalgia to veterans and is a beginner’s guide to newcomers. These levels involve the similar bubbles, stretchable ropes; candy grabbing rope and so on.

As you get into the further levels however, is when the new elements kick in. The new additions include rockets, suction cups, projectile rope-darts, and robotic hands.

Each mechanic has its own functionality throughout the game. The suction cups can be released and stuck again to the surface depending on how you wish to maneuver the candy. The rockets propel the candy in a predetermined direction where as some of them can be rotated adding to the puzzle element. The projectile rope darts really test your reflexes as you try to catch a falling candy and the robotic arm grabs the candy and can be maneuvered clockwise or anticlockwise.

What really takes the cake is when multiple mechanics are implemented to solve the one single puzzle. Some of the stages are quite fast paced adding to the adrenaline rush whereas others require quite a bit of thinking.

The levels and mechanics are well laid out and the game doesn’t feel difficult at all.

As of today, there are 150 levels available in Cut the Rope: Experiments puzzle game. They are divided in 6 chapters with each chapter housing 25 levels.

The only drawback to the game is that it can be beaten in a matter of hours in a single sitting. The only incentive to come back to the game is for completionist freaks who would like to get 3 stars in every level. Honestly, this is where the true challenge of the game lies. We finished the game in one sitting and collected a mere 356 stars of the 450 stars collectable in the game.

NOTE: The game is available for $0.99 on the iTunes store, and costs $1.99 for the HD version. There is a free version on the Google Play store along with a paid version for Rs. 54.05.

Bottom Line:
The game is very addictive and will appeal to all ages that have a liking for puzzle solving. We would have said that the lifespan of the game was a drawback, but the developers show continuous support for the game by adding new levels for free.