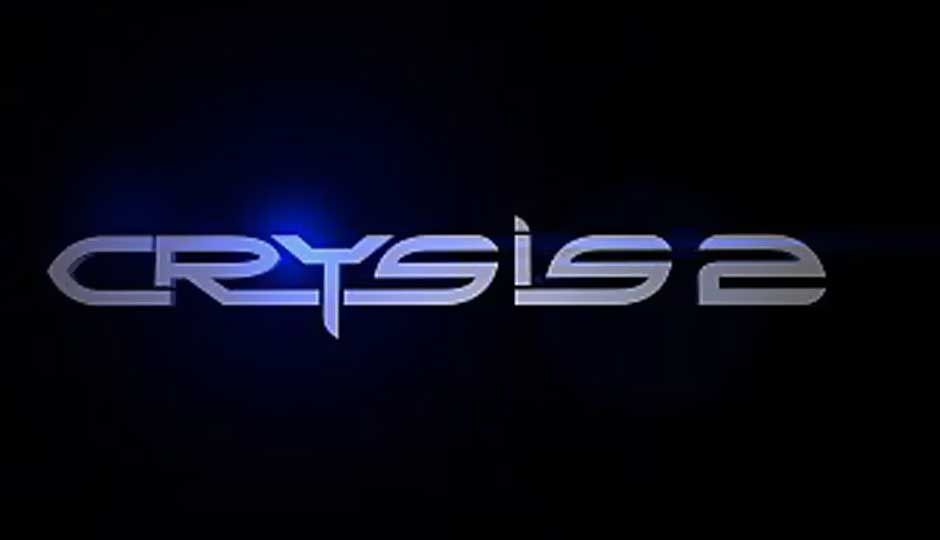 So what do I think of the game overall? Does it matter? Aren't you just going to play it anyway? My only recommendation is that even if you own a console, play this game on a PC to fully enjoy what it has to offer, and finally realise how consoles suck when it comes to FPS gaming.Viva la PC!

If you’re a PC gamer, the Crysis series needs no introduction. If not, you can also play a console version, but that’s like riding a cycle with training wheels and a little boy bell. I’m not a console hater, per se, but I do hate it when a great FPS game is “simplified” for console gamers. Although that’s not really the case here, I’d still prefer not to see an aim-assist option in the game menu. Another thing that can drive you crazy is the lack of a quick save function, something that we PC junkies are used to. But I get ahead of myself.

Crysis 2 is set in New York – in shambles of course. Everyone loves to bring the Big Apple to ruins for some reason, and you can expect a feast of Hollywood-ish destruction. In fact, the game begins with you as a grunt, looking at something trying to destroy the Statue of Liberty, just like every second B-grade disaster movie depicts. I won’t reveal the plot line, because there’s just about enough to begin with, but after a few forced cut scenes and some really corny acting, you end up with a Nanosuit. For the uninitiated, that’s a magical suit forged in the fires of Mordor by an evil wizard named Crynet that makes you want to scream “My precious” and cuddle it close to your body.

Anyway, without giving too much of the plot away again: aliens are involved, they’re mean looking blighters, and would crush you like a cockroach if it weren’t for your precious nanosuit. The suit is alive with AI and protects you with armour, strength and invisibility to fool Sauron’s…err… alien orcs and the human idiots as well.

The good bit of the game comes along when you notice that everything is kept in first person view, though some cut scenes seem to force your head to spin around like the girl from exorcist so that you don’t miss something important. Even upgrades are done by looking at an augmented reality menu on your hand, and twitching a pinkie gives you an extra something or another. Now if only there were a glove controller for the game – that would look and feel more realistic than mouse-clicking the glove.

The maps are actually quite linear, and not really as big as they feel. You’ll always have a voice of some friend or another to guide you along, and also seem to urge you forwards when you slow down to grab a bite to eat (in the real world). How I wish I could yell back at the characters, “Leave me alone, this dead bird isn’t going to eat itself you know!”

The suit is so smart, it auto-magically marks and informs you of targets and dangers, and also of much needed ammo refill stops. What’s next, a suit that does the shooting for you as well?

The game’s not easy, at a moderate level, but it’s no cakewalk either, and enemy AI seems to be pretty decent. Not in Recruit mode though, because then everyone’s IQ drops to under 80 and enemies react about as quickly as a certain president did when the actual New York was under attack.

All of the above may lead you to believe I hated this game, but in truth I enjoyed it a little more than Crysis. What all of the easiness brings is more attention to detail on the part of the gamer, and only when you’re not focussing 24/7 on saving your backside can you look at the screen as a whole and appreciate the lighting effects of the game. Yes, the graphics are pretty good, and in certain areas the lighting is surreal, making you double back to catch that perfect screenshot. It’s also overdone quite a bit in a few places though, but it’s more good than bad. However, hardcore PC enthusiasts will be flabbergasted at the lack of something like an “Insane” graphics setting that would bring the latest hardware to its knees. Damn the consoles, again! “How can Crysis 2 not kill my PC?” you will scream, because part of you wants the graphics to be even better a year from now.

What isn’t bad at all is the music. In fact it’s just brilliance personified, and I’m not just saying this because it’s composed by Hans Zimmer of Hollywood fame – I had no idea who the composer was when I started playing it. If you want to experience how much a good background musical score can mask all flaws in a game, this is a must-play. Money well spent, standing ovation, and all that jazz.

There’s a multiplayer mode of course, and I hear it’s getting rave reviews from some fraggers, but I wouldn’t know because I’d much rather play the campaign again and again. Besides, all the good multi-players (how do you say that?) are probably pulling down settings to bare minimum to get that nanosecond advantage, which just defeats the audio/visual experience of a game that’s known for little else. Plus, it’s like playing Quake III where everyone has invisibility – kind of pointless for multiplayer sissies like me to even attempt.

So what do I think of the game overall? Does it matter? Aren’t you just going to play it anyway? My only recommendation is that even if you own a console, play this game on a PC to fully enjoy what it has to offer, and finally realise how consoles suck when it comes to FPS gaming… Viva la PC!