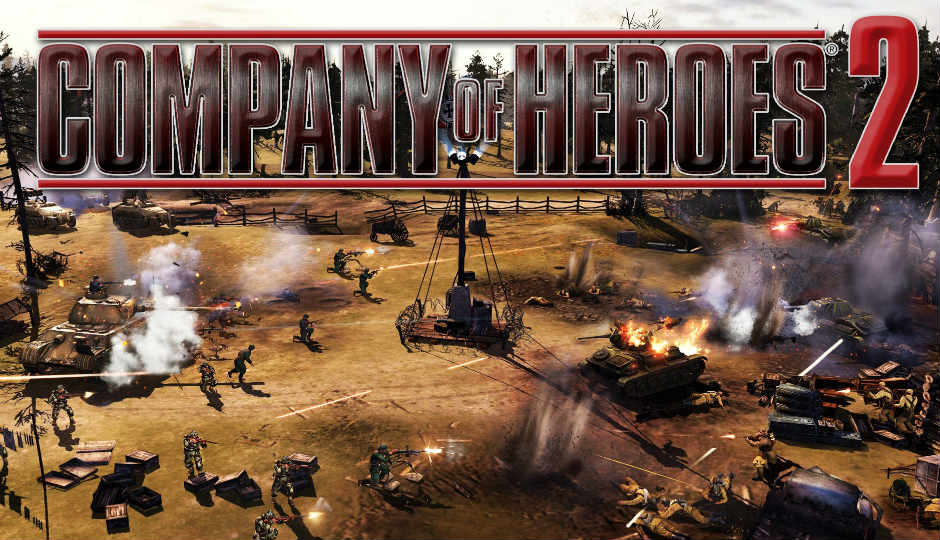 This game really is one of the best RTS games we've played in a very long time (Starcraft II does come close) and while it hasn't evolved very much from the original, the original was so good in itself that it never really demanded change anyway. The depth of gameplay, the superb graphics and just the style and flair of the combat set this game apart. This is a must play for any RTS fan and especially so for fans of the original.

Company of Heroes, the original game that was released in 2006, was easily one of our favourite RTS games and one that we really couldn’t get enough off. The game was one of the very few games that could recreate WWII warfare the way we wanted, with visual oomph to match the strategic prowess that was required to get through the game. The game was as close to being the perfect WWII RTS as it was possible to get, and Company of Heroes 2 (CoH 2) seeks to improve upon perfection. Does it succeed?

CoH 2 seeks to achieve this goal by not breaking what has already been working so well for so many years. In fact, veterans of the original will barely notice any difference in the gameplay between these two games. Other than the fact that you’re reliving the Eastern Front, there won’t be much to indicate to you that you’ve moved on from the first game. 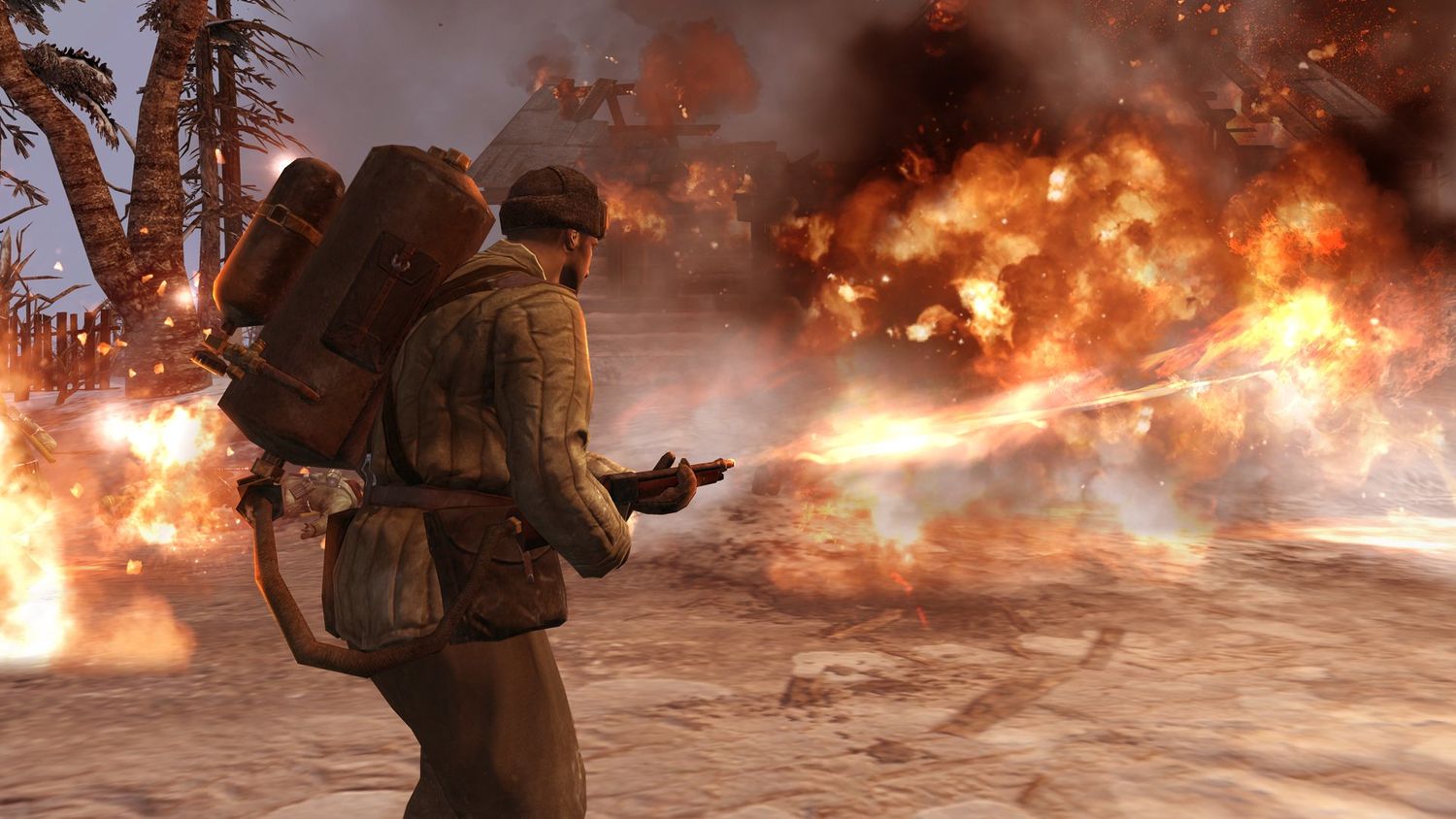 There are some new mechanics that are introduced, the most notable of which are the generals and the ice. The generals that you unlock (based on the XP that you earn in game), grant you bonus powers, this includes recon, aerial bombardment, etc. Think of it as the perks that you got in Command & Conquer: Generals. It’s a nice touch that isn’t excessively useful, but adds an extra element to the game.

The other notable mention has to be the snowstorms. Russia is known for its chilly winters and no depiction of the Eastern Front can ever be complete without at least a nod to the horrendous winter that literally froze the German army into submission. The game implements this system in a manner that is very reminiscent of the ice-storm mission in Bad Company 2. Any unit that is left alone in the storm will freeze to death, which means that the only means to ensure survival is by huddling in a building or near a burning structure. Of course, this also means that the enemy is looking out for the very same thing, leading to some interesting strategic conundrums. Do you venture forth from your safe haven and hope that you won’t encounter an enemy and freeze to death in the fight or do you hold your ground and defend against a possibly overwhelming enemy attack that gets more desperate the colder it gets?

Other than the above two mechanics, there are a lot of subtle changes that set this game apart from the original. The “True-line-of-sight (LOS)” system for example, is a very intelligent LOS system that actually gives you, and enemies, vision that is more akin to what they would actually see given map obstacles rather than a set circle that a unit reveals. 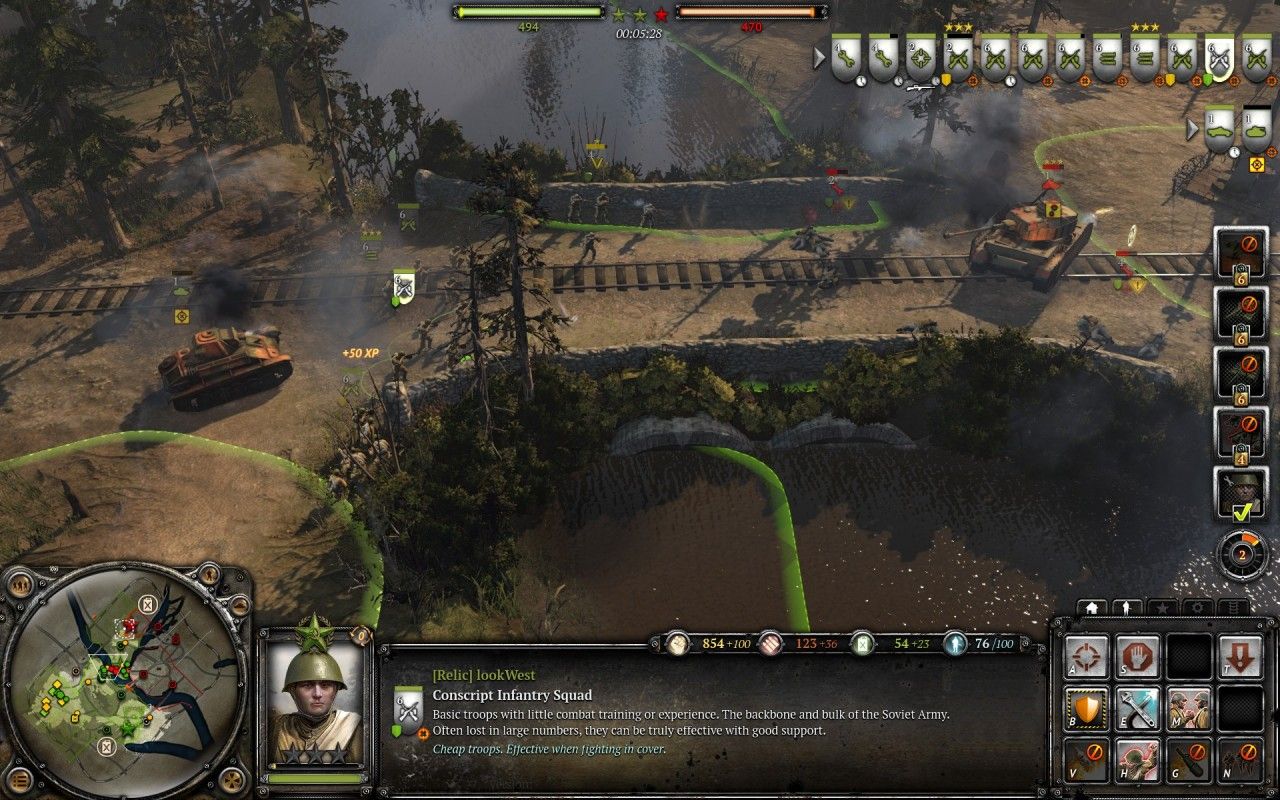 “Hey looky! Our enemy’s right in our face. Like, right there. We can aim a cannonball at that guy’s eyeballs. Neat.”

In an attempt to be realistic, the game impresses upon you the sheer disposability of the Russian army that you command. The hapless conscripts at your disposal are nothing more than cannon fodder and the game ensure that you’re painfully aware of that. Flame weapons can decimate your troops by the dozens and, on the positive side, you can completely overwhelm your enemy by the sheer quantity of men that you can throw at them. Given their weakness to fire and their disposability, these Soviet troops don’t really seem to be that different from the Zerglings of Starcraft 2 and can be treated as such.

Strategic positioning
Strategy and micro-management have always been well rewarded in the series and it’s nice to see that the new devs haven’t ruined it. The game is easy enough for a n00b to barely survive till the end, but veteran gamers will absolutely love the depth that this game offers. Every decision that you take on the map is of prime importance and there is no play style that is given an undue advantage over the other. Whether you play defensively or aggressively, the ultimate outcome just depends on you achieving your objectives.

While some players might like advancing in a very measured way, under constant cover of half a dozen mortar crews or a tank, others might just love to barge in, guns blazing and sacrificing troops in a blaze of glory for the motherland. The way the game is designed, positioning is key. A light tank can easily take down a heavy one if it can just get the positioning right and hit the tank exactly where it hurts the most. 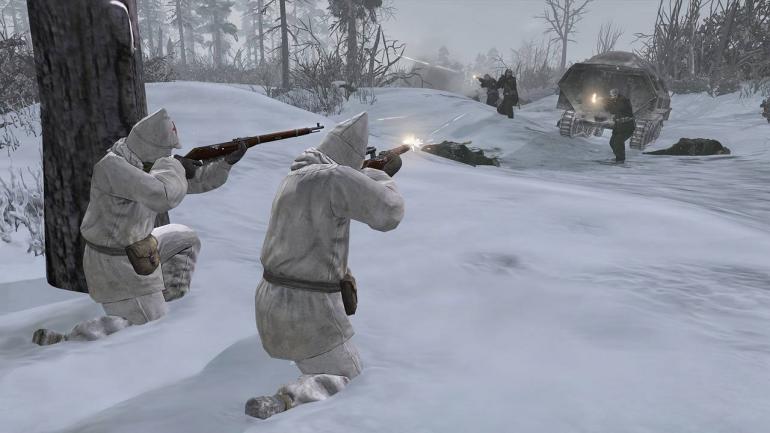 “Just how are they able to see us in our snow camouflaged gear?! Never mind, keep shooting!”

Company of Heroes 2 really is one of the best RTS games we’ve played in a very long time (Starcraft II does come close) and while it hasn’t evolved very much from the original, the original was so good in itself that it never really demanded change anyway. The depth of gameplay, the superb graphics and just the style and flair of the combat set this game apart. This is a must play for any RTS fan and especially so for fans of the original.