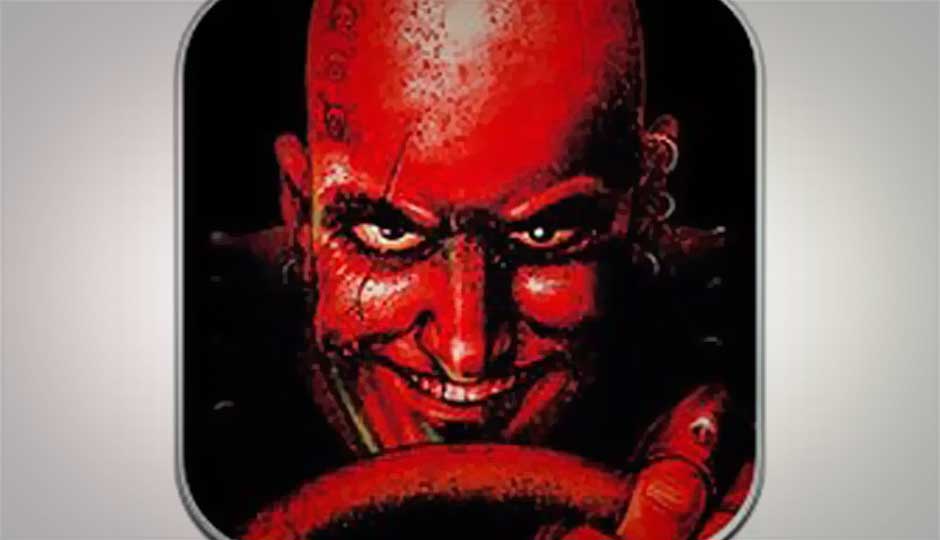 Another PC classic comes zooming on to the iTunes App Store. And delivers a dollop of fun. Yes, for all its dated looks and sound, Carmageddon remains as much sinfuly fun to play as it ever was.

Videogames and controversy have always travelled hand-in-hand. And this relationship goes back to well before the days of GTA 3. As sage heads (all those above the age of thirty) will tell you, “Much before GTA 3, there was Carmageddon.” The game was released in 1997 and became a runaway hit, delighting users with its simple interface and shocking conservative souls with its penchant for violence. You see, your success in the game depended not only on how fast you drove but also on the damage you inflicted on all who came (and even those who did not come) into your path. It was a bit like Road Rash meets Need for Speed, with a dollop of gore added for good measure.

And well, as in the case of many classic titles (we covered a few in an earlier article), Carmageddon too has made its way on to the mobile platform. It is currently available for iOS devices at a price of $ 1.99 and for this, you get the complete game in all its gory glory. Developers Stainless Games deserve a round for applause for not only bringing the entire game as we played it in the PC era to the iPad but also doing so without mucking up the controls too much. At 100 MB, it is not the heftiest download in app town either, especially when you compare it with the likes of The Bard’s Tale, Infinity Blade and Horn.

You can choose between two avatars - and they will bob and weave realistically as you wreak havoc.

For those who have been born in the nineties, Carmageddon is all about getting into your car and combining a disregard for speed limits with an even more reckless disregard for human life and property. You pick one of two avatars - Max Damage or Die Anna - and choose a car - you have a choice of two but unlock several others as you go along, or simply cough up $0.99 and unlock the lot barring a secret one. That done, choose a course to race on - once again, either unlock them as you go along or get all of them by crossing the developer’s palm with another 99 cents (in essence that means, you can get the game with just about everything up and running for about $3.96).

There are three difficulty levels to choose from - and if they do not reveal the nature of the game, then nothing will. We suggest starting with "normal everyday carnage"

With all that out of the way, it is time to step into the car and get really stuck into the game. You start off on a grid with other racers, although you do have the option of changing your position by just dragging and dropping your vehicle to what you think is its rightful place. That done, just wait for the racing to start and if you really want to be on the right track, start by running over the poor unfortunate who gets you started. After that, it is basically a strategy decision for you - you can either focus on winning the race or just wade into every vehicle and pedestrian that comes into your line of sight. And of course, you do not have all the time in the world to do this so get a move on.

Yes, you will have a proper road and course to drive on but you can always take a diversion, drive around and mow down some pedestrians.

All of which makes for a mixture of flabbergastingly fascinating fun. Yes, we cannot help but get affronted when our vehicles (with driver avatars realistically bobbing in a box) ram into hapless bystanders and pedestrians, complete with squishing sounds and blood-like goo flying out, but once you get into the game, you actually start working out whether it makes sense to take a bit of a diversion between one check point and the next to chase some people and run them down (ugh! How heartless that sounds), or whether it is just simpler to race along or plow your vehicle into the nearest competitor. Yes, this is definitely crash-boom-bang territory, complete with exploding cows and tight corners into which cars pile up and of course, precipices off which people can be pushed off.

You can execute some neat stunts too, although we warn you, you might not have too much idea of what you are doing. We certainly did not here.

The controls are a bit tough to start out with. They are located on the lower part of the screen and comprise an accelerate forward pedal shaped button and a reverse button on the right, and two direction buttons on the left (one for turning right, the other for turning left). Honestly, we did not find it the easiest as it involved keeping both of our hands on the device all the time and sometimes switching buttons can be a problem. However, once you get the hang of it, things tend to work out just dandy, and you can even indulge in the odd death-defying stunt by hitting the right combo of buttons (truth be told, we ended up executing most of them without knowing what we were doing).

There are plenty of exotically brutal courses to choose from. Unlock them one by one or just grab them all for 99 cents.

And that actually sums up the whole Carmageddon experience on the iPhone/iPod. It will leave you shocked and stunned, but will nevertheless keep you hooked. It is almost like playing an FPS, only instead of a weapon in your hands, you have a steering wheel. Many might be less than pleased at the quality of the graphics which seem out of place with those seen on newer racers like Asphalt and newer editions of NFS and might find the sound a bit on the tinny side, but all such reservations will vanish once you get behind the wheel and start wreaking havoc.

Morbid? Yes. Violent? Extremely. But Carmageddon also remains as addictive a gaming experience as ever. Definitely worth a download if you have nerves - and sensitivities - of steel.