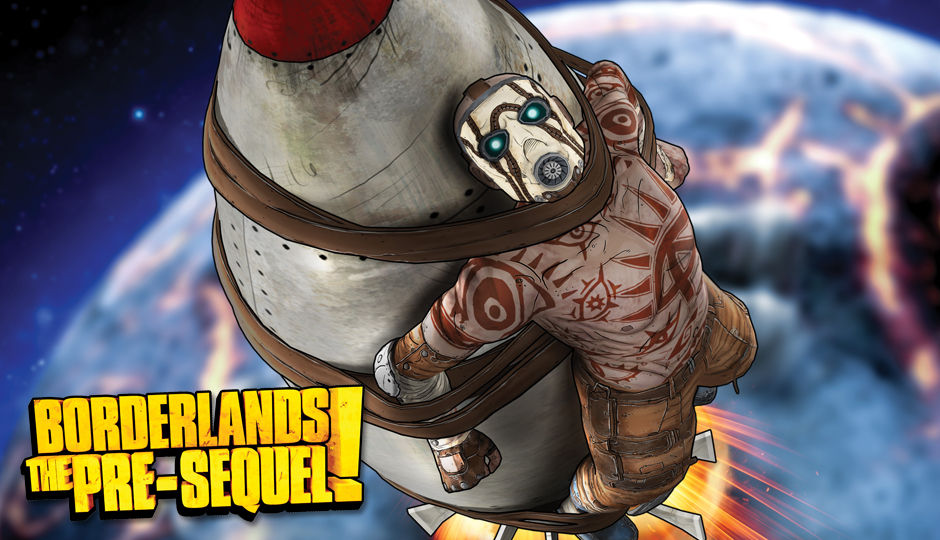 Borderlands The Pre-Sequel Review: Jack Side of the Moon

There’s a lot of new stuff to discover in the game and the low gravity environment adds a new dynamic to combat, which some players might not have experienced before. For them this will be the one true noteworthy “wow” factor. The story is lame and seems forcefit for the most part but picks up towards the end. Overall the game isn’t as inspired as Borderlands 2 in terms of the jokes and mission design. Is it worth a buy? Yes, as a Borderlands fan. But don’t expect to be blown away. Everyone else will be better off waiting for the next Steam sale.

You know how all Spiderman movies are essentially the same? You have Peter Parker being wimpy at first, then trying to come to terms with being a superhero and having an on-again-off-again relationship with his girlfriend? Well unfortunately Borderlands is turning into just that – a formula driven rinse-repeat-rehash – right down to the inclusion of a plot involving a sentient AI character in the early stages of the game. 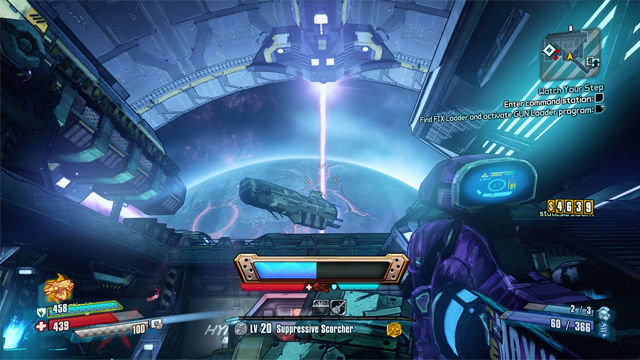 Not a good way to begin the review of what is perhaps one of the year’s most awaited game, is it? Tell me about it! We even dedicated the cover of the November issue of Skoar to this game! As a Borderlands fan, to the point of being a fanboy, it was an even bigger disappointment for me. I wanted to make that disappointment clear right at the outset. Now that, that is off my chest let me answer the question that’s probably gnawing at your rectum – is it that sh*tty? No, no it’s not.

It’s not a bad game by any stretch. It was however a disappointment considering the hype and long wait after Borderlands 2. Depending on the kind of gaming experience you’ve had in the past, and how much of a Borderlands fan you’ve been, your experience will vary from a resounding "Whoa" to an indifferent "Meh".

In the end though, my entire review boils down to this one question: Is one additional gun type, one element, and one change in gameplay mechanics enough to justify a standalone full game? Let’s find out.

New weapons and sh*t
The Pre-Sequel introduces a new gun class – Lasers! Yes, you can now fry, freeze, electrocute or corrode your enemies with this new weapon type. Playing with this new class of weapons was mindblowingly fun, but only at first.

Why? Well the category is overpowered. Laser guns morph into everything from shotguns – by giving you high damage and spread for short distances – to long range rail guns that double up as snipers. I found myself hardly ever bothering with other gun types. Only when my ammo ran out (not often) or when I was bored killing the enemies with the same weapon, did I try switching to a shotgun or something else.
When a game forces the player to make things difficult or different, it ain’t a good sign. The Pre-Sequel brings with it another elemental damage type – Cryo. It lets you freeze enemies in their tracks letting you literally shatter them to bits.

If the enemy doesn’t get frozen, you do very little damage. But depending on your elemental effect chance you do manage to freeze enemies quite often. Once frozen your damage increases tremendously. So if you have a Cryo laser beam weapon (firerate of 10+) you can simply point at an enemy, keep your trigger pressed and his health bar will disappear within seconds.

Bottomline: Laser and Cryo is definitely OP. A seemingly great proposition at first, but something that gets tiring and repetitive very quickly and it won’t be long before you look for more variety.

Yippee ki yay low gravity
The Pre-Sequel is set on Pandora’s moon, Elpis. This makes for some interesting changes to the gameplay mechanics. When out in the open, there’s no breathable atmosphere so your character has to rely on what is called an O2 kit for a supply of oxygen.This same oxygen reserve is used to provide vertical lift for your double jumps, not unlike a jetpack. Now Jetpacks, double jumping or generally vertical combat isn’t a new paradigm.

For someone who’s been addicted to Tribes Ascend at one point of time, or spent years navigating jump pads in DM17 like yours truly, the Pre-Sequel feels like a special olympics edition of this combat style. “Death from above” may be new to Borderlands but it’s certainly not new to gaming. Another addition to the combat experience is the Gravity Slam. It lets you use the height gained from your O2 booster to slam down into a group of enemies dealing elemental damage (depending on the mod you have on your O2 kit). This puts you right in the heart of the action. Since my primary character in Borderlands 2 (with whom I completed True Vault Hunter mode), was Zer0, the haiku spewing robot assassin, getting up close and personal with the baddies wasn’t new to me. For people who primarily played the Commando or Gunzerker and followed a shoot from cover style, all this might just seem new. For the most part though, low gravity gives you a feeling of walking around in a fever dream where everything is slow and tedious. The jumps take what seems like an eternity to finish and it doesn’t help either that you are made to perform extremely mundane tasks, like fetching a part or component from far off corners of the map.

Story
The entire story is driven from the point of view of Handsome Jack – the ubervillain we’ve grown to love, or rather, love to hate in the Borderlands universe. Instead of an all out psychopathic assh*le, here we have a guy trying to be a hero. He’s still an, assh*le, don’t get me wrong, and is still responsible for the lion’s share of laughs in the game, but what you get to witness through the narrative is his slow descent to the dark side.

With Loot and Shoot games, philosophical questions like “what am I doing it all for?” get thrown to the wayside. You’re doing it to get your hands on some sweet loot and in turn discover new and interesting ways to maim and murder your enemies. But the story is still important and gives some meaning to all the mindless mayhem and cracking open of skulls. In that, the story falls a little flat. Since the game is a prequel, the story is predestined to be a let down – you pretty much know what is going to happen. Other plot turns were also understandably, quite predictable. 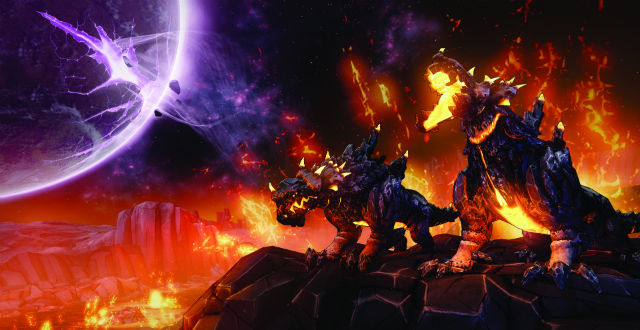 Gameplay
There’s a lot of repetition in the game in the form of performing menial tasks. I get making you do silly things to get used to this new movement system but long treks through the moonscape while constantly monitoring your oxygen supply, in order to retrieve some silly component or the other, over and over seems like a game designer’s sadistic trip. The OP weapon class too makes the game very easy. I had my first death at the hands of an enemy at level 13 and it wasn’t even a boss just some lowly Badass Outlaw who got me from behind with a Laser shot. And the same weapons category devalues almost all loot. 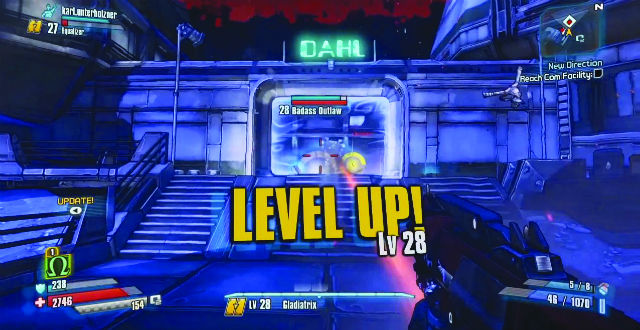 Verdict There’s a lot of new stuff to discover in Borderlands: The Pre-Sequel, and the low gravity environment adds a new dynamic to combat, which some players might not have experienced before. For them, this will be the one true noteworthy “wow” factor. The story is lame and seems forcefitted for the most part but picks up towards the end. Overall, the game isn’t as inspired as Borderlands 2, in terms of the jokes and mission design. Is it worth a buy? Yes, as a Borderlands fan. But don’t expect to be blown away. Everyone else will be better off waiting for the next Steam sale.