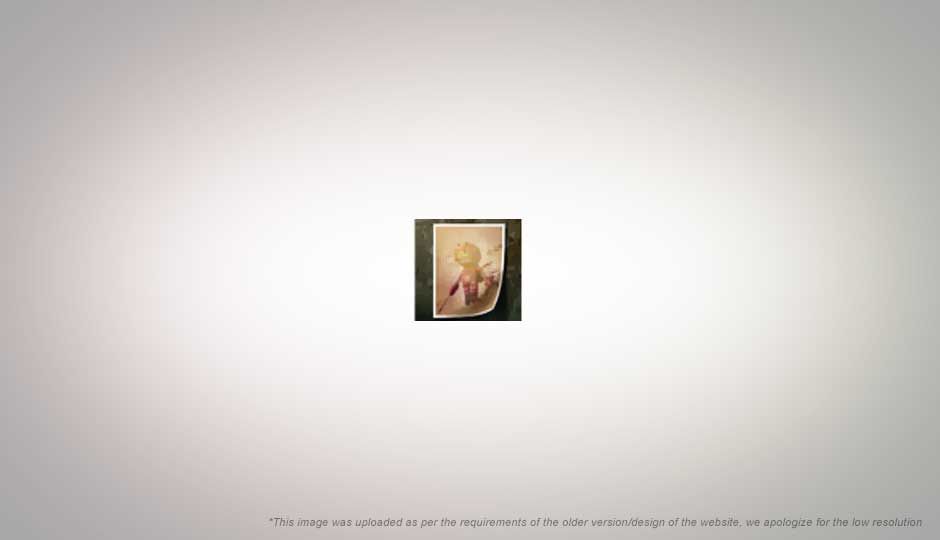 "Rapture is a body, Delta. I am the voice and Big Sister is the hand. When Rapture speaks of you it says only this: sleep now for your day is done!"

Bioshock 2 returns with dark and gloomy corridors that lead to tattered remains of what was meant to be an underwater utopian society. ADAM, the very substance that was going to be mankind’s savior, has reduced the city of Rapture to a crumbling civilization of junkies, hopped up on the gene altering substance. Eight years have passed since the events of the first game and the failure of Andrew Ryan to establish a stable society. In Bioshock 2, the mantle of Rapture is taken up by Sophia Lamb-- another professed messiah of the race. Lamb believes that the biggest hurdle between mankind and a Utopian world is the obsession of the self. 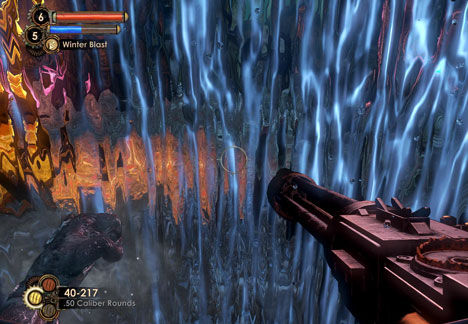 Water is a central theme throughout the game

The sequel retains the immersive visuals and narration that was the hallmark of the first game. Once again the story in the game unfolds by playing recovered audio logs and with game’s characters speaking over the PA system. The game’s premise is pretty much set up very early in the game, so the audio logs and PA announcements serve to dwell deeper in to a person’s fears, motivations and dreams. Most of the script of Bioshock 2 is pretty dense with psychological, philosophical and political rhetoric and arguments. If you are interested in any of these subjects, you probably will consider the game’s script and narration as its strongest elements; otherwise you may be in for a snooze fest. 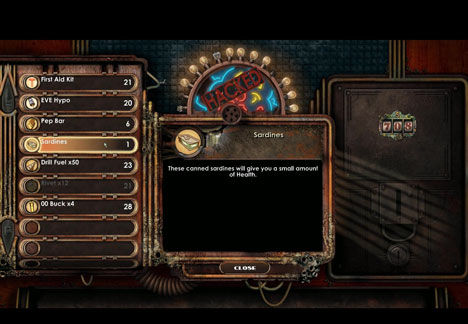 Buying provisions at a vending machine

As the game’s protagonist, you get to play as one of the early test subjects of the Big Daddy experiments. Playing Subject Delta in a big, burly suit does not affect game-play as much as you might think as Bioshock 2 retains most of the central elements from the first game. Combat remains a combination of weapons and Plasmids that gives you spell-like abilities. Since character upgrades are bought by spending ADAM at vending machines, encounters with Big Daddy and collecting ADAM still remains central to survival. And just like in the first game, weapons are upgraded by single-use vending machines and supplies can be purchased by spending cash at the machines. Your size and strength does not give you an advantage in battle as you are easy matched (and sometimes outmatched) by the quick and nimble Splicers. Major addition to the enemy roster is Big Sisters and they are one of the toughest opponents in the game. They are as quick as the Splicers and hurt almost as much as the Big Daddies. There are plenty of weapons, ammo types and Plasmid abilities in Bioshock 2, so there is certainly no shortage of ways in which you can defeat enemies.

So, as one might expect from sequels of successful games, 2K has taken the core elements from the first game and tweaked and polished it for the sequel. For instance, hacking has been simplified and the introduction of remote hacking ability means that it is much easier to turn Rapture’s automated security systems against the enemies. In fact, effectively using the security systems can really turn the tide of battle in your favor. 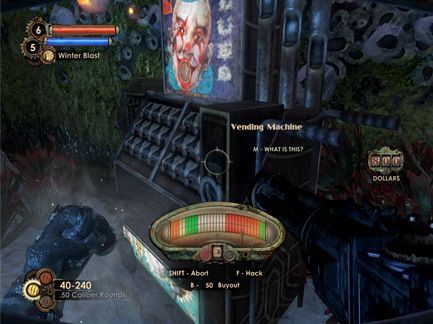 Speaking about the overall balance of the game, I feel that the developers could have done better on at least two fronts. During the first half of the game, I found it quite difficult to progress without using the resurrection feature of the Vita Chambers. Then towards the end of the game, when you have access to some powerful upgrades, the balance shifted drastically to the other side. The game is comparatively a cake-walk at this point, even with more enemies on the screen. What makes life more difficult is some of the other design elements. It is quite harrowing to stay on top of things when you are surrounded by enemies. You need to keep one eye on the health and EVE reserve and another eye on the ammo type that you have currently equipped and the ammo reserve. Between all of this, the enemies are all over the place as they have the ability to teleport and even crawl on ceilings. Then there is the control system that will have your fingers all over the keyboard like tentacles— there is only so much one can achieve when using with the off-hand.

Visually this game is just as brilliant as the first one, although I experienced a few performance issues. Even after lowering graphics details from what the game had auto-detected, there were regular instances of textures popping in. Also, while accessing some of the game menus, my computer’s CPU utilization reaches almost a hundred percent, and sometimes even forcing me to restart the game.


Power to the people 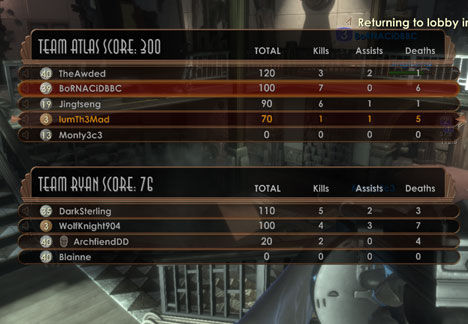 Bioshock 2's matchmaking system is worse than my mom's

Entirely new to Bioshock 2 are the multiplayer game modes, and 2K has kept things simple and traditional in this department. Referred to by different names, the game modes in Bioshock 2 includes: deathmatch, team-deathmatch, capture-the-flag, last man standing and domination. What really sucks about multiplayer in Bioshsock 2 is the abysmal match-making system. During the couple of hours I spent online, my level one character was pitted against players that were as high as level 40. Online lag starts to become crippling when there are about five or six players on the screen. Also, accepting a game invite causes the game to crash. If the developers can iron out these issues, Bioshock 2 multiplayer has the potential to be a lot of fun. 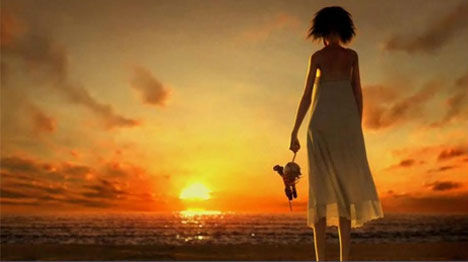 2K has done very well at retaining the highlights of the first game, but introduction of new features has brought some problems along with it. If you look towards Bioshock for an engaging and often thought provoking script, then you will not be disappointed with the sequel. Game-play has balance and other issues; however none of it is game breaking. Comedable effort has been made to improve on game's combat mechanics; however the control schemes can be a bit overwhelming.The publishers had five different studios working on this game and maybe that is showing with some of the bad spots in the game.