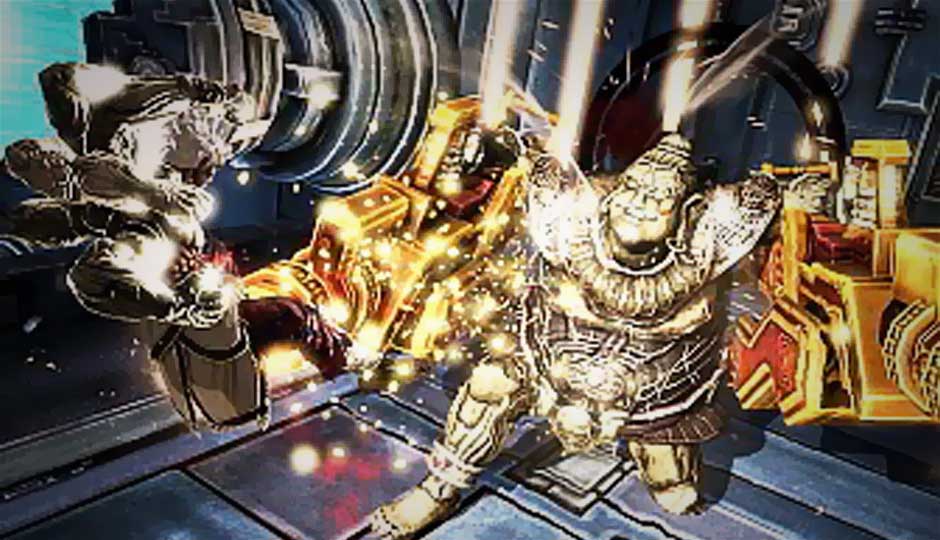 Asura's Wrath is what you'd get, if God of War took place in Asia instead of ancient Greece. The game unfolds like an anime on the TV with intense, over-the-top combat. A story about a god on a quest of vengeance, brilliant in some places but it comes with its own set of disappointments.

We didn’t quiet know what to expect when we started reviewing Asura’s Wrath.

It had been in the news for all the right reasons, the videos looked mind blowing and the story vaguely similar to God of War. The game has been both an epiphany and a mild disappointment, an epiphany as far as storytelling in games go and a letdown in combat.

We wont delve much into the plot, it's merely there in place to facilitate the violence. The story spans over roughly 12,000 years, and it’s about internal power struggle among the generals of the gods. 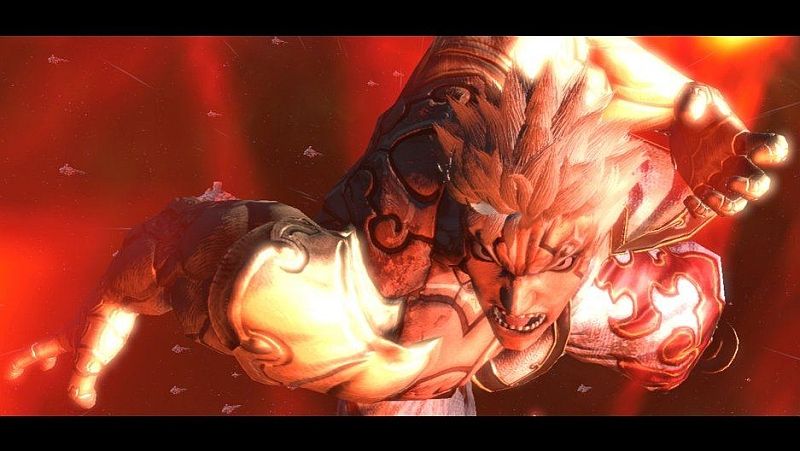 It starts with the other generals killing Asura’s wife and abducting her daughter to harness her ‘mantra’ power, and then they throw Asura overboard after zapping him like crazy. Asura wakes up to the prayers of a little girl, and in a vengeance-fueled rage literally climbs back up from the hell. On seeing how his colleagues have ravaged the earth, he naturally, becomes very angry again and starts smashing everything in sight. The game doesn’t look back even once from this point, and it starts an all out race to the finish. 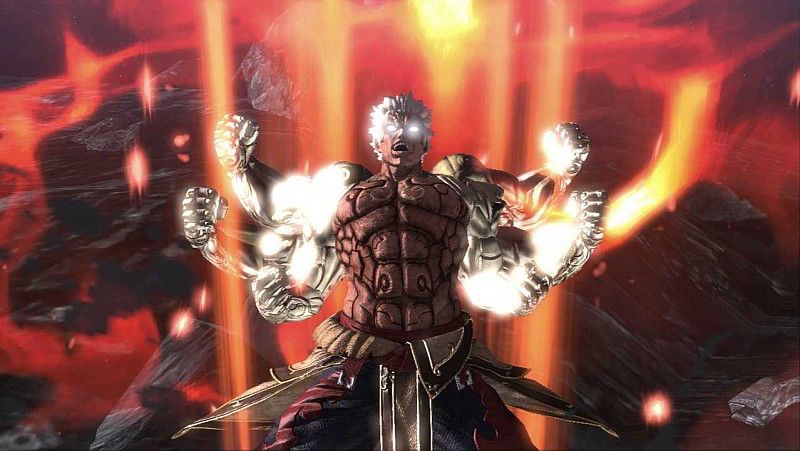 Combat is over-the-top, gratuitous and entertaining. When we said that it's a letdown we mean that it could have been loads better. It’s the usual button-mashing fest with a string of QTEs thrown in to keep things a bit lively. Most of the times you’re fighting with your bare hands, sometimes with six and sometimes without any (you sort of bash people with your head, a-la-Zidane). It involves a heavy attack that has got a rather long cool down time, a normal attack and a ranged attack along with a fair amount of dodging. The game doesn’t have any leveling system, instead of that the developers have employed an interesting system called the “burst mode”. Basically you go on bashing the enemies by dodging their attacks and performing vicious combos till your burst meter gets full, and then irrespective of how many enemies you where fighting, you’ll perform a series of moves which will lead to the largest among the enemies (usually a giant fat Buddha wielding a Gatling gun or a gargantuan tortoise) biting the dust and the rest of them magically disappear. All this happens when you do get a chance to actually play. The game propels you into the next section of the narrative, as soon as you complete a burst. 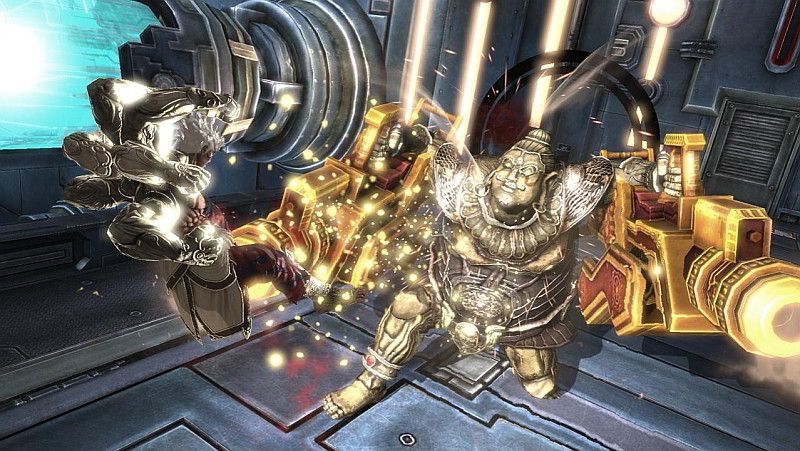 The boss fights, though are the most entertaining, especially the one with a mini-planet sized general called Wyzen where he tries to squish you with his finger and the Dragonball-Z like fight on the moon which ends up with Asura being skewered by a fantastically long sword along with the entire Earth, taking exaggeration to a whole new level. The baddies just keep on coming and at times it feels you’re inside a kamikaze attack. The baddies tend to repeat themselves after some time; you can’t make out the difference between one evil mountain gorilla and the next. We don't blame the developers for that though, you just can’t go on painting new faces on every other chimp, and it just becomes repetitive after some time. The enemy AI is well, rudimentary at the best, and most of the time they merely act as set pieces in one very huge drama.

One thing to point out though, the QTEs have their desired effect even if you’re lost in the narrative and forget to press the required button. Also you barely feel the heat at ‘Normal’ and ‘Easy’ difficulty levels. The enemies require the same amount of bashing up, but it’s you who becomes nearly immortal, you feel as if you’re playing with God mode on (pun not intended).

The visuals are splendid; the graphic artists have done a great work in capturing the mythological, sci-fi world. The characters are extremely well made especially Asura and the other generals. The game plays out as an anime and is divided into 18 chapters, each chapter lasting about 20 minutes. Each of the chapter has its own opening and closing sequences and incredibly detailed bumpers, along with short manga-style narrative which gives you a little more insight into the minds of the characters. This is one of the title’s saving graces, a refreshing new take on how games can be presented. The voice acting is raucous and loud but apt for the game. 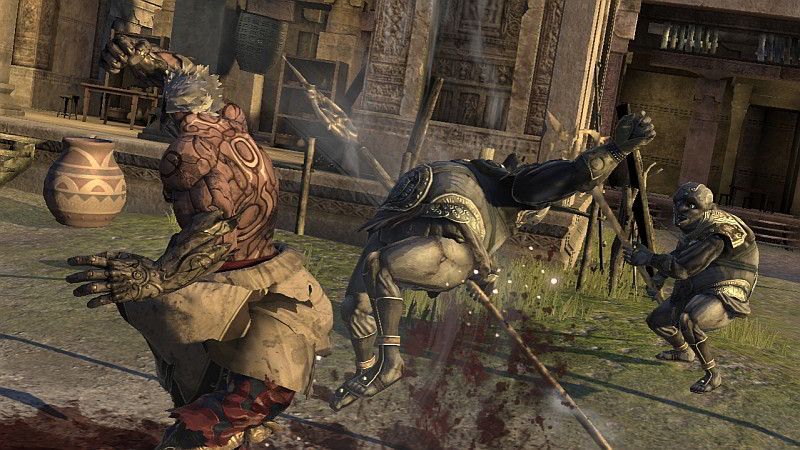 What plagues this game is the incredibly short playing time of 6 hours, and the fact that it has got no real replay value. Most of the game unfolds as self-indulgent cut scenes and you’re merely a spectator. Despite the cut-scenes being well made, they tend to take the fun out of the game play. Who in a sane frame of mind will go through the excruciatingly long cut scenes just for the story? Despite this it’s an excellent attempt to break out from the crop of usual action games, but only recommended if you haven’t got anything more interesting at hand.