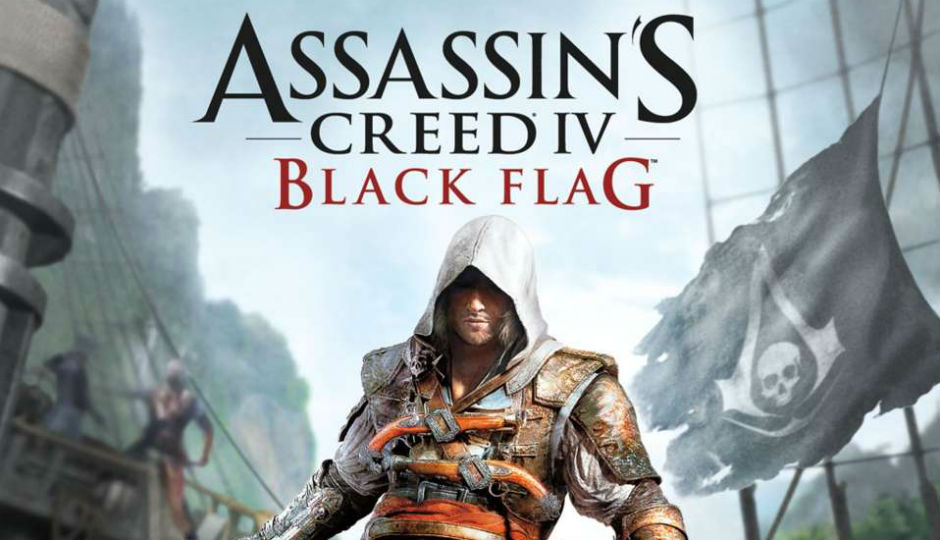 Put simply this is one of the best Assassin's Creed games out there but for me it ranks second after AC2. If you are a fan of the franchise, you won't be disappointed with the package on offer. Aspects of the story and some repetitive missions may be a downer but that's the price you pay for an open world Assassin's Creed game that has by far the most content in the franchise. A must try for fans and newcomers alike.

Assassin’s Creed is a franchise that is very close to my heart. AC1 was one of the first games I played on my Xbox 360 and the second game I played on my PS3 (the inaugural game had to be Metal Gear Solid 4) and I have been fascinated with the franchise ever since. AC2 is by far my all time favourite in the series because of the narrative, gameplay changes and an overall awesome experience. AC3 has been the worst experience by far. For the past week I have been playing AC4 every moment I have to spare. Can it replace AC2 as my favourite in the franchise?

Story
Starting with the present day, this time around, you don the role of a nameless character in first person. You work for Abstergo Entertainment and must relive Desmond’s ancestor’s memories. There are key story elements that you uncover in the present day, which adds to the story, but there is little motivation for you to get out of the Animus.

Coming to the historic character, you take on the role of Edward Kenway, grandfather of Connor, the protagonist of the previous game. Edward Kenway is the epitome of a bad boy pirate who doesn’t care about the 18th century world he lives in. He sets out to make a better life for himself and gets roped into the Assassin-Templar war.

Without giving away anything here is a brief explanation of the plot and why I think it works really well. To start with, Edward is neither an Assassin nor a Templar; he is a pirate, which means that he will do whatever is necessary to make a profit for himself. He plays both the Assassins and Templars to his advantage with the occasional help given out of a guilty conscience (yes, despite being a pirate he has one of those which makes him more relatable). In the past AC games we have seen the lead protagonist be at the center of the Assassins/Templars war and taking orders from some great leader without really asking too many questions. That isn’t the case here and that is a very good thing. You will come across missions where you will take on the Templars only to do your bidding and at times you will help the Assassins to get access to certain “Templar keys”. Edwards motivating factor in the game is brilliant and fun to see executed.

Apart from the main story, there are a bunch of side quests such as assassination contracts and more that you can take on. Some of them are related to the main story and that is a motivating factor to take them on.

Overall, the story of the game is refreshing change from what we have seen so far and Edward is by far the biggest badass assassin of the lot.

Gameplay
To summarise, the gameplay of AC4 is a culmination of the best from the past games with improvements. Implementing this however is easier said than done. You still hold one of the shoulder buttons to traverse the environment and the free climbing is still plagued with the occasional glitch where the character does something you don’t want him to do.

The combat in the game is the same as it has been, with the difference being that you are now wielding two swords instead of one. The rest of the arsenal is the same from the hidden blades, bombs, darts, four pistols and more. For the most part all you do is wait for an enemy to attack you and counter his moves. At times this is challenging but the mechanics are still fairly simple. The overall environments in the game have been improved upon to make traversing and manoeuvring feel more natural.

The best part of AC4 is that there are very little restrictions placed on the player. After a brief tutorial, the world is open and at your disposal. You can do whatever you want and there are some sections and equipment that are restricted to the progression of the story but nothing that confines you to the four corners of a box and this is the best part about the game.

Apart from the running and assassinations, naval battles too make a comeback. You have a ship called the Jackdaw and you can spend money and resources to upgrade the ship. You will have to do this since later on the game at sea becomes really difficult. The naval battles are an improvement from AC3. I avoided as many naval battles as I could in AC3 but in AC4, you do get a hang of things quite easily.

Sticking to the sea, you not only take on the big waves and ships with big guns but the sea life as well. You can use a harpoon to hunt sharks and whales, go deep sea diving to find treasures and much more.

The world in AC4 is very large. Sure, there are three main cities where the story takes place but there are numerous small and medium sized islands scattered for you to explore and undertake missions on. After you unlock certain activities, you will be forced to revisit locations and here is where fast travel is very helpful. Every viewpoint you synchronise with can be used to fast travel on the map and this is great. Although we do recommend you explore the map as much as possible for treasures and other hidden items.

Graphics and Sound
Even though the franchise has started showing its age on the current console generation, it’s still a good-looking game. Character designs and animations are top notch. What deserves special mention is that the water and weather effects at sea look really good. There is one sequence where you are taking on a fort at the edge of an island, there are two ships attacking you and you have a typhoon circulating the battle. It’s epic.

Coming to the rest, it is as impressive as the previous games. Cities look gorgeous with the viewpoint sync giving you a feel of the scale of the city. The game is also plagued with the same problems as its predecessors including texture and character draw in right in front of you, but this is just nit picking as it doesn’t hamper the experience.

Coming to the audio of the game, the voice acting is top notch. You have Edward, Blackbeard and more that sound really great and even the voice acting for the supporting cast is remarkably good, something that is compromised in other games.

The clangs and bangs of combat too are as awesome as they were in the previous games. The orchestral score is great giving you a very ‘Pirates of the Caribbean’ feel. The score does give you a rush when you take on a bunch of soldiers or are running to escape a crime scene.

Verdict
Put simply this is one of the best Assassin’s Creed games out there but for me it ranks second after AC2. If you are a fan of the franchise, you won’t be disappointed with the package on offer. Aspects of the story and some repetitive missions may be a downer but that’s the price you pay for an open world Assassin’s Creed game that has by far the most content in the franchise. A must try for fans and newcomers alike.