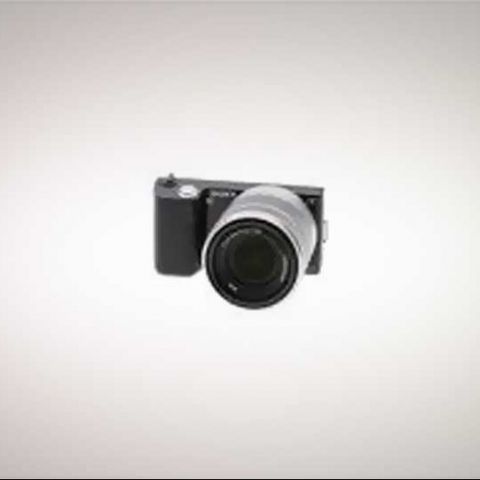 At Rs. 34,990, the Sony NEX-5 is expensive, but it also delivers near-dSLR quality with a much smaller body. A stylish camera, although, the removable lens system makes it nearly as inconvenient as a dSLR. The lack of variety in E-mount lenses will likely be a crippling factor, as will the lack of dedicated buttons. However, no other compact camera gives as good low-light performance. All in all, something for the enthusiast who craves more performance from a compact body.

It's a known fact that Sony has never really been able to properly break into the dSLR market. The giant has faced stiff competition from Canon and Nikon, and these two, own a major chunk of the market between them. To make things worse, Sony actually supplies Nikon with sensors for their dSLRs. Surprisingly though, the same sensors exhibit less noise inside Nikon bodies than Sony's - testament to Nikon's design and engineering thoroughness. Whether it be this fact, or the intention of creating a new camera niche, Sony has an interesting segment for us. We're not quite sure what to call it, but the NEX series are basically small camera bodies with removable lenses and 1.5x crop sensors. That's right! - instead of the piddly 8 x 5 mm sensors found on most compact cameras, the NEX-5 has a (relatively) whopping 23.4 x 15.6 mm sensor - probably the same as the sensor on the Nikon D3100, an entry-level dSLR, and this sensor has the same dimensions as sensors found in just about any Nikon or Sony crop dSLR. 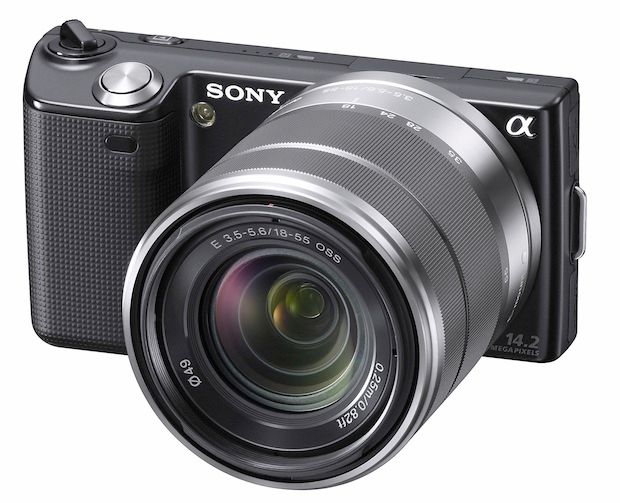 With a huge theoretical advantage in sensor size, and therefore photodiode area, a lot was expected from the NEX-5. For those who still cannot grasp the concept of a dSLR sensor in a small body, the NEX-5 is meant aimed at a niche segment who demand quality, but do not want to lug a bulky camera with them. The NEX-5 is more stylish, and has a lot of idiot-proof features built in, whereas a dSLR would give you a lot more customisable options. The NEX range do not use the A-mount, instead, the E-mount is used.

For comparison, I am using a Canon EOS 7D and a Canon PowerShot A710IS. Both are cameras that I have used extensively and am quite familiar with.

The NEX-5 has a distinctly upmarket feel. It's a slim camera with a nice bulge in the grip region. While not comparative to the large, comfortable grips on a dSLR, it is distinctly more substantial than the grip on the Canon G12 (read our review of the Canon G12 here). The body is made of metal, and feels extremely sturdy. However, because of the denseness of components packed inside, we caution against sharp impacts. The E-mount is pretty solid, with steel used in its construction, and the top of the camera has an accessory slot, that, among other things, accepts a flash unit. The kit lens is an 18~55 affair, and also solidly built. There is no optical viewfinder, rather a widescreen LCD viewfinder does duty on the rear. The display conceals a double hinge that allows upward and downward inclination, but no articulation. The add-on flash is the only part of the kit (other than the charger) that is made of plastic.

Unlike a dSLR, the NEX-5 has minimal buttons on the body. An on-off switch on the top is flanked on the left by a recessed play button and shutter button. Below it, is the video record button. No zoom ring - remember manual zoom. On the rear, is a dial with an inset centre button. Each direction on the dial has a click function too. Above and below the dial are two menu buttons.

[RELATED_ARTICLE]The controls of the NEX-5 are interesting. Firstly, the rear buttons are represented on-screen with their corresponding functions. On the main menu, there are eight options. Select one, and then spin the dial in conjunction with the buttons to set options. Most of the controls are pictorially represented on-screen, like the mode dial, which spins on-screen in sync with the spinning of the rear dial. While this is neat, it takes a bit of getting used to. To make up for dedicated buttons, settings like ISO rating, focus mode, white balance, aperture, and shutter speed, among others, are all displayed on-screen, and changing them involves using the dial and rear buttons. We like the visual interface, and kudos to Sony for trying something new. However, hardcore dSLR users will not be impressed. We're objective enough to realise, that 20 odd buttons and memorising their functions is not exactly intuitive either, and mastering this interface of Sony's, is much easier, and quicker than mastering the interface of even an ergonomic dSLR, like the Canon EOS 7D.

However, where cameras like the 7D score is, that, while the learning curve is steep, once you get there, it's downhill most of the time. They're highly customisable, and once you configure and set custom settings, and memorise key positions and functions enough for instinctual use, the 7D becomes a relatively friendly beast. With the NEX-5, you will still spend the same time, changing a setting now than you will a month down the line. At the most you may not waste time in the wrong menu. However, there is only so much one can do when designing a minimal-button interface on a small camera body, and considering this, Sony has done reasonably well.

The NEX-5 is quite fast from startup to a shot - about half as fast as an EOS 7D - not bad. To levy a complaint - the NEX-5 is slow moving between some menus. It is also slow to recover from a shot, unless you're in multi-frame, speed mode. We feel there is a lot of processing going on, and the larger sensor size probably adds to the processing overhead. Naturally, when we call it slow, we're comparing it to a dSLR. Compare it to a compact camera, and it's no slouch. 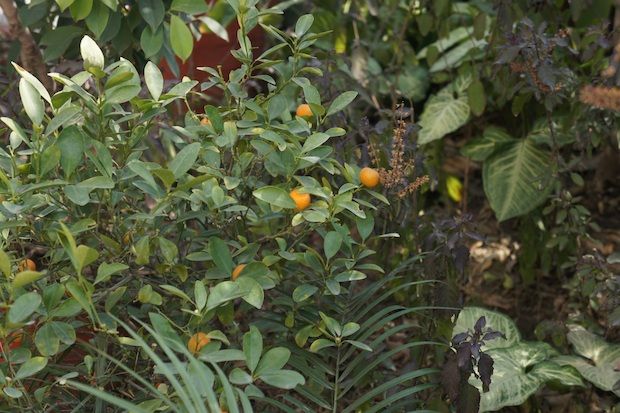 With well-lit environments, and outdoor shots, the NEX-5 focusses pretty fast, and accurately. With dim conditions, focussing becomes slower, at times as much as 4-5 seconds will pass when focussing on darker objects that have no highlights. Comparatively, the EOS 7D would focus in around half the time. The NEX-5 also flounders without focussing in instances where the 7D was spot on. However, when compared to the A710IS, the NEX-5 is faster - we'd say it was half way between the two mentioned Canons.

[RELATED_ARTICLE]Once it does focus, you're treated to most of the goodness only dSLR users enjoyed in the past. The sensor on the NEX-5 proves its mettle with minimal noise. Compared to a compact point-n-shoot, the NEX-5 produces a clean output, devoid of noise till ISO 800, where a fine bit of film-like grain begins to creep in. At ISO 1600 noise rears its head, particularly in the reds, there is a fine bit of chroma noise too, and a few hot pixels. Lumina noise is always a problem with many cameras, but chroma noise is typically harder to correct while editing. Compared to a dSLR, the NEX-5 manages to hold its own till ISO 800. The 7D pulls comfortably ahead at ISO 800, where the superior lens and aperture help minimise noise. In fact, the sensor on the 7D also seems to produce much less noise at ISO 800. At ISO 1600, it's a no brainer with the 7D widening its lead. That is not to say the output in unusable. Quite the contrary. In fact, it's usable all the way till ISO 3200, at least for web-size images and small prints. But it's worth noting that at ISO 1600 and upwards, the dynamic range gets affected. 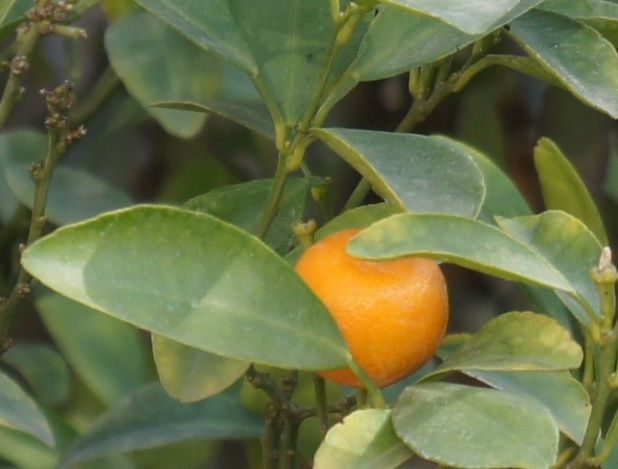 And here's a look at a 100 per cent crop, 618 pixels wide, of the same image above. Note the slight overblown highlight on the orange fruit

Low ISO shots are clean, with plenty of detail. The NEX-5 produces fairly neutral colours, except for reds, that appear slightly richer than other colours, but not unpleasantly so. Focussing is sharp, with the 18~55 lens producing pleasant depth of field. We noticed a few overblown highlights when shooting red and orange coloured objects amid darker colours. In daylight, too, there is a tendency for overblown highlights.

In burst mode, we managed five fps, which is what Sony claims. Speed mode gets two additional frames per second. However, after around 20 shots at this speed, the NEX-5 will slow down, obviously on account of its buffer.

The lesson to be learned here, if any, is that smaller sensors, irrespective of their efficiency and sensitivity, will never equal larger sensors. This is why a tiny sensor inside a point-n-shoot, will never be as good as a 1.5x or 1.6x crop sensor, which will in turn be inferior to a full frame sensor and so on. Taking a larger sensor and dropping into a smaller body pays dividends in terms of image quality even at moderately high ISOs. However, the classic button-based control scheme that dSLR's have cultivated goes for a toss.

The NEX-5 is priced at Rs. 34,990, including the 18~55 lens. At this price point, more than quality, people want control, and that the NEX-5 gives, but the button layout will not suit dSLR users. Others will cry about the ergonomics of this camera. There are those who will not need as much quality, and will gladly settle for something with four times less quality, if it's four times cheaper. For all of the above, the NEX-5 is not for you. Initially mediocre value for money would be our take, but given that the Canon G12 is priced similarly, with a tiny sensor that is inferior to this one, the NEX-5 doesn't do too badly. If you need quality from a really compact body, this one might be worth it. Beware that, like dSLRs, you will need to spend on the ecosystem i.e. lenses as well.