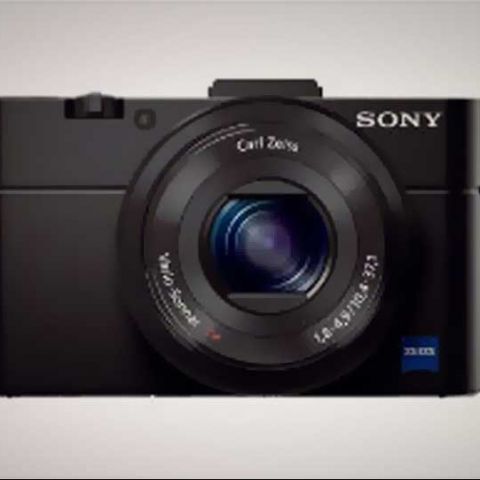 The Sony DSC-RX100 II is an updated version of the RX100, which in our opinion brings mostly surface level upgrades to the camera. The sensor and the lens remain the same as the predecessor, which is bound to generate mixed feelings, however, all is not lost. Read our review to find out just why the RX100 II is a justified successor to the very popular RX100.

The Sony RX100 was a game changer in many respects when it came out last year. While it was a large sensor camera (not the first of its kind), what it did was bring a large sensor into a rather compact camera. We reviewed the RX100 and fell in love with it almost immediately, although we did feel it lacked a few essential features. Now with Sony releasing the RX100 II (version 2), we’re seeing a better rounded camera, something the RX100 should have been in the first place. However, the specs on the camera are identical to its predecessor. This makes us think that not much has really changed, but we got our hands on a unit and deciphered that for ourselves.

Body and Ergonomics
The only way to tell that you’re holding the RX100 II and not the original RX100 is when you catch a glimpse of the “RX100 II” branding. Oh and it’s written on the top edge of the pull-out screen that can tilt around and because the screen tilts, it sort of bulges out from the back, but just ever so slightly. The back otherwise remains absolutely identical to the RX100. The buttons are neatly arranged and are easy to get used to, the dial works smoothly and the movie button is just about comfortable to reach.

The top gets something that was MUCH needed, a multi-function hot-shoe port. You can attach Sony’s proprietary accessories to the camera using this port, or just attach a giant external flashgun. The original RX100 was missing this hot-shoe, and we couldn’t figure out why Sony would make such a kick-ass camera (that impressed everyone from n00bs to pros) and leave out the damn hot-shoe port! That’s like making a superbike but leaving out the disc brakes. Catastrophe avoided, as the RX100 II has this much needed feature.

In terms of ergonomics, nothing really has changed from the RX100. It’s still a gorgeous hunk of metal that is extremely hefty, giving the RX100 II the same solid build as the RX100. However, the addition of a new screen and a hot-shoe also means the RX100 II has gained 41 grams of weight, which, isn’t noticeable at all.

Features
The Sony DSC RX100 II features a 20 megapixel BSI Sensor, but this isn’t just any sensor. Sony chose to go the large sensor route when it comes to the RX100, and the same 1-inch slab of silicon finds its way into the RX100 II. Then there’s the Carl Zeiss 28-100mm f/1.8-4.9 T* lens making a re-appearance. In terms of core features, the RX100 II is identical to its predecessor, though it would seem that some software tweaks have been done to the AF, but we’ll talk more  about that later.

The camera also packs a Wi-Fi and NFC Chip, to allow for transferring of photos to smartphones and tablets almost instantaneously. The Wi-Fi is helpful in uploading the images to the Web straight from the camera, for anyone who might get lazy, and let’s face it, who wants to bother with transferring images to a computer with a cable using software and THEN uploading it?

Now the screen on the back is somewhat magical in of itself. Sony calls it WhiteMagic technology, where a “white” pixel is combined with the RGB pixels to boost brightness and clarity under the mid-day sun. Nikon’s D7100 has a similar display technology and given the two companies’ prior relationship, we wonder if the Nikon is actually using Sony tech. In our use, we found that regardless of the brightness of the sun, the screen on the RX100 II displayed the images fairly well. Of course, this wasn’t AS GOOD as viewing them indoors, with no bright lights to distract us, but that doesn’t take away from the visibility under the bright, unrelenting, mid-day sun.

Last but not the least, the familiar multi-function ring makes an appearance. We loved how the ring on the RX100 could be configured to perform different functions, and that very feature continues to with the RX100 II. Would have been real stupid if Sony had pulled it, which we’re glad it didn’t.

Performance
Initially, when we looked at the specs of the RX100 II, we felt that there was nothing different about this camera at its core from the RX100. That, ladies and gentlemen, as it turns out, is absolutely true. However, we’re not mad! The reason for us not being too upset about this happens to be the fact that we loved what the RX100 had to offer. It was a near-perfect formula that Sony had, and they chose to run with it a second time. No harm there. What we would have loved is a better aperture range as shooting at f/4.9 when zoomed in all the way at 100mm can make it a little difficult for the camera to collect light, unless you go to ISO 3200 or above.

Now working with the core specifications, the performance of the RX100 II is almost identical to that of the RX100, which in of itself was pretty damn good. We, in fact, tested the camera alongside the Fujifilm X100s, our current top point and shoot camera, which has an APS-C sensor. The sensor on the Sony has a crop factor of 1.8 with respect to the Fujifilm and 2.7x on the 35mm standard. The reason this comes into play is because what is little known about apertures is that they too have crop factors, especially with respect to bokeh. You can check out a few comparison shots below. 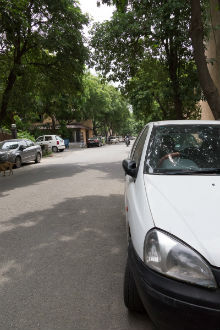 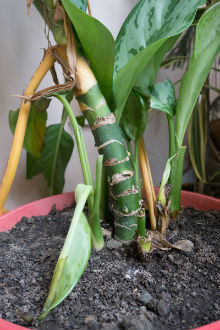 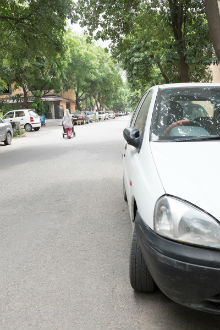 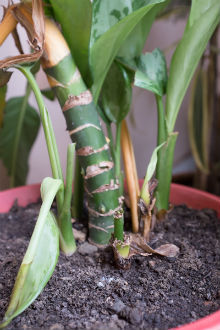 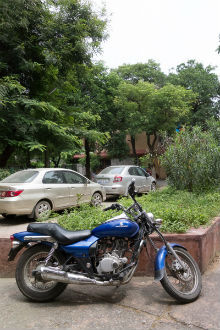 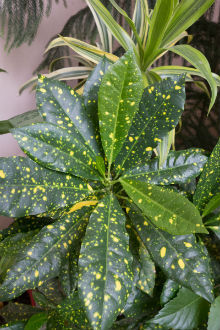 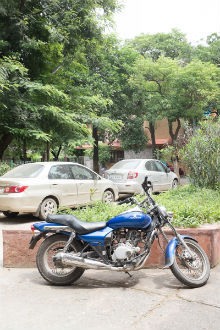 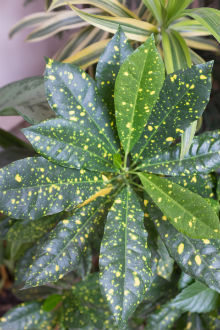 The RX100 II images are somewhat sharper when compared to those of the X100s, but that is because they were shot at the same aperture. Both cameras shot at f/2.8 or f/4.0 (whatever the case) because it was not possible to set apertures based on taking into account the 1.8x crop factor in most cases. Regardless, we will compare the images on other merits such as saturation and contrast and dynamic range. Right off the bat, it is clear that despite using the same (average) metering mode, the Sony has a tendency to expose for the highlights while the Fujifilm X100s exposes for the shadows. There are pros and cons to both the methods, so it really depends on whether the highlight preservation works for you or not. If it doesn’t you can always use exposure compensation to bump it up!

In terms of colour, the greens on the Sony tend to have a slight yellow bias, but that could be due to the fact that the RX100 II has a slight warm bias in terms of white balance. The red seem to pop better on the RX100 II though, and quite visibly. If you were to ever shoot red foliage, you’re going to love what the RX100 II will spit out for you.

If you’re wondering how high you can push the ISO on this little puppy, we say feel comfortable with ISO 3200 like you would in your favourite pair of jeans. Images shot at this ISO rating come out relatively clean and if push does come to shove, you COULD use ISO 6400, but don’t expect to make large size prints with that. At ISO 6400, while the noise is fine grain, the noise reduction algorithms tend to cause some loss in detail. 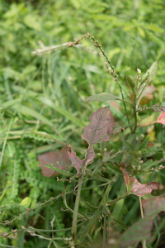 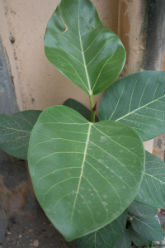 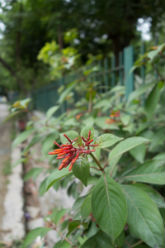 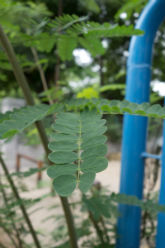 Images shot with the Sony. Click to enlarge in new window.

Some Unclassified Thoughts
We’ve been using the RX100 and the RX100 II for quite some time and as a pro-user, it can be quite a frustrating little thing. For example, there is no real quick way to access all the settings at once, like on the Sony branded DSLRs. The Fn button allows you to map 6 functions to it, but toggling through them using just the jog dial on the back can be time consuming. Not to mention the lack of a comfortable/ergonomic grip can be a major pain in the…palm.

On the other hand, if you’re the kind of shooter who doesn’t really care about settings but just wants the perfect shot, switch the camera to Intelligent Auto and watch it work its magic. During our use, we did feel that the RX100 II could be a reference design for all point and shoot cameras moving forward. For anyone wanting DSLR-like quality, but the convenience of a point and shoot, THIS is what a basic point and shoot camera should be, as anything less, you can manage with a good cellphone camera.

Conclusion
The RX100 II is the same as the RX100 as far as performance goes, but packs a much needed hot-shoe, Wi-Fi and NFC for expanded connectivity and an incredibly convenient tilt-able screen. But one must stop to wonder whether these additions justify the Rs. 8,000 price hike? The original RX100 costs Rs 34,990 through Sony India’s Official site, but can be found for slightly cheaper across various e-commerce sites. If you’re a casual user, who’s looking to take good photos without bothering too much with settings and extra bells and whistles, then you might as well save the money and go for the older RX100.

On the other hand, if you’re someone who’s already invested in various Sony equipment like flashes or mics, then the RX100 II might not be a bad idea. You could utilize your hot-shoe flashes on this camera, or even use the external microphone to pick up good quality audio when recording video.

The Sony RX100 II feels incredibly familiar, and it really is. Sony hasn’t changed much in this camera (because they didn’t need to) but added some features that we felt should have been there to begin with. Well, better late than never!