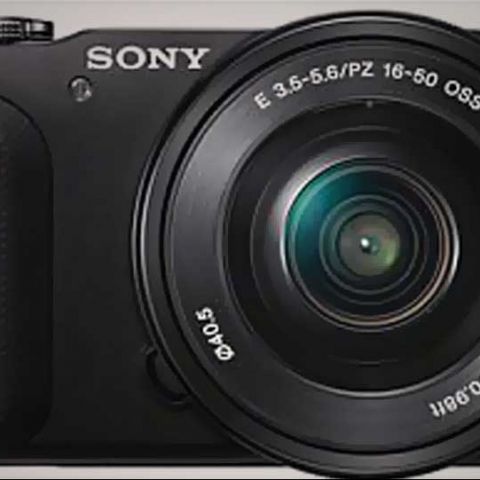 The Alpha NEX-3N is the best camera you can buy for under Rs. 30,000. If you were considering getting an advanced point and shoot, forget it. Get the Alpha NEX-3N instead for its bigger sensor, incredibly compact size and the versatility of being able to swap lenses.

Just like they did with the point and shoot market, Sony is flooding the mirrorless camera segment with enough options to please just about any kind of buyer. They’ve got the high-end Alpha NEX-7 for the megapixel hungry, the Alpha NEX-6 for those who’re compulsive about having only the latest and greatest and now, the Alpha NEX-3N, which is a deceptively tiny little camera. We’re going to talk about this thi8rd camera, as the Alpha NEX-3N is Sony’s latest addition to this new segment and we want to find out just how good it is or isn’t. We got hold of a unit of the Alpha NEX-3N with the new ultra compact 16-50mm f/3.5-5.6 kit lens and got right down to testing this apparently “big-things-in-small-packages” camera.

Holding and Handling the Alpha NEX-3N
The Alpha NEX-3N is an update to the older NEX-3, the entry level mirrorless camera from Sony. In essence, the two cameras look almost identical, unless you can an incredibly accurate eye, in which case you will notice that the Alpha NEX-3N is about 7mm less in length. It weighs just a few grams less too (body only). Ergonomically, the two cameras don’t share any other differences. In of itself, the Alpha NEX-3N is incredibly slim, almost like the really slim point and shoot cameras Sony makes. The entire bulk, therefore, will come from any lens you attach to this tiny little thing. While the 16-50mm kit lens seems to balance the NEX-3N rather well, you might run into forward tipping weight issues with some of the bigger lenses, or even if you use an E-Mount to A-mount converter to use those impressive Zeiss lenses.

The number of buttons on the Alpha NEX-3N is extremely minimal, with only two other buttons besides the regular four way dial on the back. The buttons are incredibly easy to access and press with the thumb, but the two buttons (the one on the top and bottom) are unmarked and their function only shows up once the camera is powered on. The only small problem we faced with the Alpha NEX-3N’s controls was occasionally mixing up the power button and the zoom toggle.

There is one VERY interesting design change Sony’s carried into the Alpha NEX-3N and that is with respect to the slot where your memory card goes. Normally, the card slot is bundled into the space where the batter is inserted, but on the Alpha NEX-3N, it sits in the slot where the connectivity ports are placed. We instinctively opened up the battery compartment to insert the memory card, but not finding a corresponding slot did throw us off, so we’re just giving you a little heads up.

What it’s Packin’
The Sony Alpha NEX-3N may be small and slim, but it is by no means lacking in what it can do. For starters it is the cheapest mirrorless camera in the market for Rs. 29,990. This is cheaper than pretty much every worthy advanced point and shoot camera as well. The NEX3N houses a 16 megapixel APS-C sensor, an upgrade from the NEX-3’s 14 megapixel slab, along with a tweaked BIONZ image processor to handle the higher number of pixels. For some reason though, the maximum burst mode on the 3N has gone down to four, where it used to be 5 to 7 on the NEX-3.

The Alpha NEX-3N also has a screen that offers a bitter-sweet experience. The bad part is that Sony replaced the 920K dot screen of the NEX-3 with a 460K dot screen on the Alpha NEX-3N. That, in anyone’s books, is a serious downgrade. What it does offer instead is the ability to flip up 180 degrees, making it super easy to take self-portraits. A pointer here, if you are taking ‘selfies’, know that the camera will automatically take the photo 2 seconds after pressing the shutter button. There’s no way to turn this self-timer-mode off, and we felt a little silly standing around for a whole 3 seconds pointing the camera at our face. Not that we care though.

Last, but not the least, while the Alpha NEX-3N doesn’t come with a built-in viewfinder, it now allows a viewfinder to be attached as an accessory. The NEX-3 didn’t allow that, so if you’re someone who particularly wants the viewfinder experience, the Alpha NEX-3N will not rob you of it.

Performance
The standards rigours of a test-scene and real world shooting were applied to the Alpha NEX-3N and we must say, we are incredibly impressed. In our studio tests, we found that that shooting the ISO up to the 6400 mark continues to yield pretty clean images. If you’re a purist, then the ISO 6400 images may not be something you’d approve of, but a quick noise reduction session in Lightroom ought to fix that, with little to no loss. ISO12800 might be just ok for web use, but we’d not recommend printing those images in large sizes. The best part about the camera’s sensor is that it tends to do a pretty good job of not just retaining the colour and contrast, but also maintaining a good level of detail across the frame. We had reservations about the detail retention at ISO 6400, but the Alpha NEX-3N definitely surprised us in that regard.

In real world shooting scenarios, the Alpha NEX-3N performed better than expected. The AF system on the camera was never a let-down, with the AF Assist lamp managing to help acquire focus even in the worst lighting conditions throughout the 16-50mm range of the lens. The lens has a slow aperture, so we didn’t expect stellar bokeh or low light performance, but given its limitations, it did the job well. Focus Peaking is a feature that’s tricking into all the newer Sony cameras (at least the higher end ones, including mirrorless) and the feature works rather well.

What the NEX-3 was not able to do was take good closeup shots. The problems actually lies not with the camera, but with the lens’s minimum focussing distance of 25cm, you can forget about any macro-like shots with this lens, which is sort of disappointing because all kit lenses have a pretty decent minimum focussing distance. Other than that, the lens itself is extremely quiet while zooming and focussing, and the little toggle switch on the side makes a very convenient alternative zoom toggle.

Coming back to the real world image quality, we found that shooting RAW tends to deliver images with a somewhat flat contrast curve, along with muted colours. However, this isn’t a testament of the camera’s inability, because RAW files are generally supposed to be flat with muted colours. Porting these images into a RAW management software like Lightroom would allow you an incredibly great degree of flexibility with regards to tweaking highlights, shadows, individual colours and of course, overall exposure. The RAW files from the Alpha NEX-3N offer about a stop and a half worth of wiggle room for recovery, so you if you find yourself underexposing by a third of a stop or so, you don’t have to worry.

Closing Thoughts
The Alpha NEX-3N is an exceptionally good camera. For Rs. 29,990, it beats pretty much every high-end point and shoot out there, not just in price, but also with respect to the fact that it has better ISO performance, and most of all, can use different lenses. That being said, we do feel that you will need to add another lens, preferably a fast aperture one, to take full advantage of the Alpha NEX-3N’s sensor.

One problem first time users may face is getting to know where all the settings lie and how to access them quickly. For example, White Balance is found by first going into the main menu and then going into Brightness/Color menu, something that might not come intuitively to all. A quick menu like on the higher end NEX cameras would have been really nice, but that’s missing.

In closing, let us make it very clear that the Alpha NEX-3N IS the best camera you can buy for under Rs. 30,000. If you were considering getting an advanced point and shoot, forget it. Get the Alpha NEX-3N instead for its bigger sensor, incredibly compact size and the versatility of being able to swap lenses.