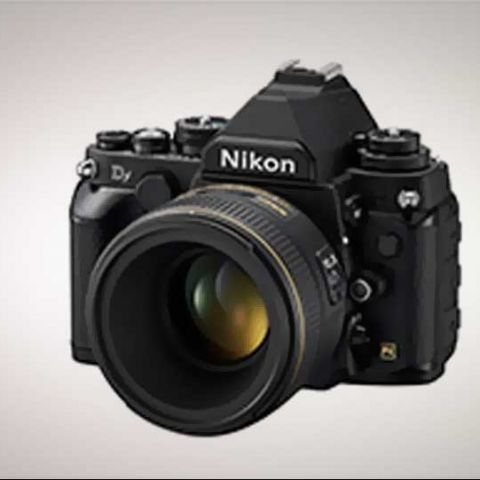 The Nikon Df is a modern day reincarnate of Nikon's glorious days from the past. A Digital Fusion of form, design and function, the Nikon Df is the latest full frame from the company, boasting the same sensor as the D4. However, the camera leaves a lot to be desired on many fronts.

The Nikon Df is the company’s latest DSLR, one they’ve been marketing rather heavily with a series of “reveals” in the form of short ads. The camera created waves with the promotional work with many assuming that Nikon was going to come out with a full frame mirror-less camera, but as it turns out, they had something completely different in store. The Nikon Df (with the Df standing for Digital Fusion) is essentially modern circuitry crammed into a body from yester-years. There’s a lot riding on this new camera and we try and figure out whether it truly lives up to the hype (and the hefty price tag).

Build and Ergonomics
The build of the Nikon Df is what sets it apart from all modern day DSLRs. It is essentially designed to look like a larger Nikon FM3, a very popular choice amongst photographers back in the film era. Nikon took their time to develop the interiors of the body to match the FM3’s classic look all the while maintaining the feature set of the modern DSLRs. One such feature is weather sealing, which is common expectation from cameras that are in the high price bracket like the Df.

The Nikon Df is a rather large camera, almost as big as the D800. But despite the all-magnesium alloy construction, it still manages to weight in at less than 800 grams. The ergonomics of the camera are otherwise, an acquired taste, at best. While the camera is amazing to hold due to a rather comfortable grip, it’s the “digital fusion” aspect of it that can be bothersome to some people. Everything from the front to the top of the camera is “retro styled,” the back is completely reminiscent of the D610. 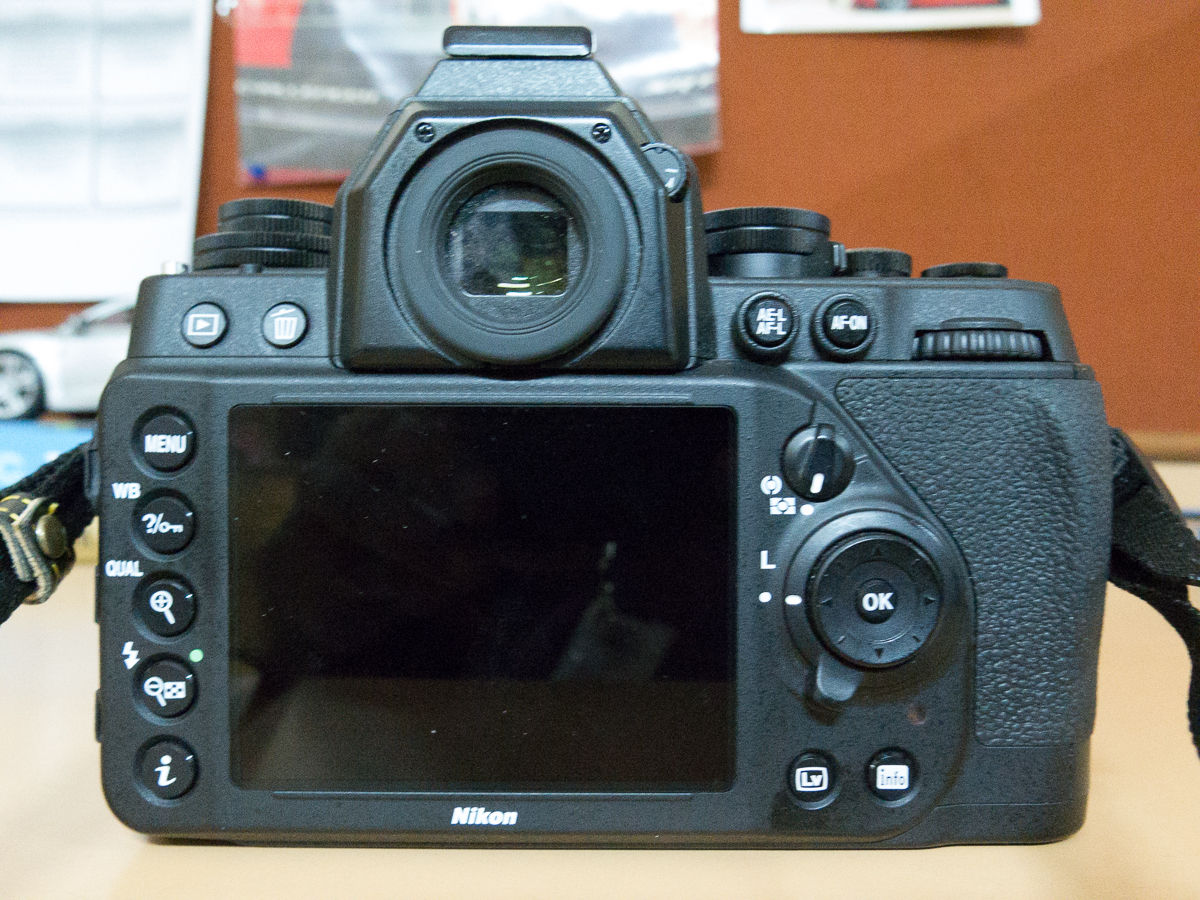 The Nikon Df's back looks almost identical to the Nikon D610

The Nikon Df’s functions such as shutter speed, ISO, exposure compensation and shooting modes have their own dedicated dials while the shooting speed controller is still a switch. While dials have always been a design of convenience, putting the important settings right at the fingertip, what is really bothersome about the Nikon Df’s dials is that each of them come with their own locks. In the event you need to fire off a quick shot, you will find it really difficult to change settings. The best way to get around this issue is to keep the camera in Aperture priority mode so that you only have to worry about changing the aperture. 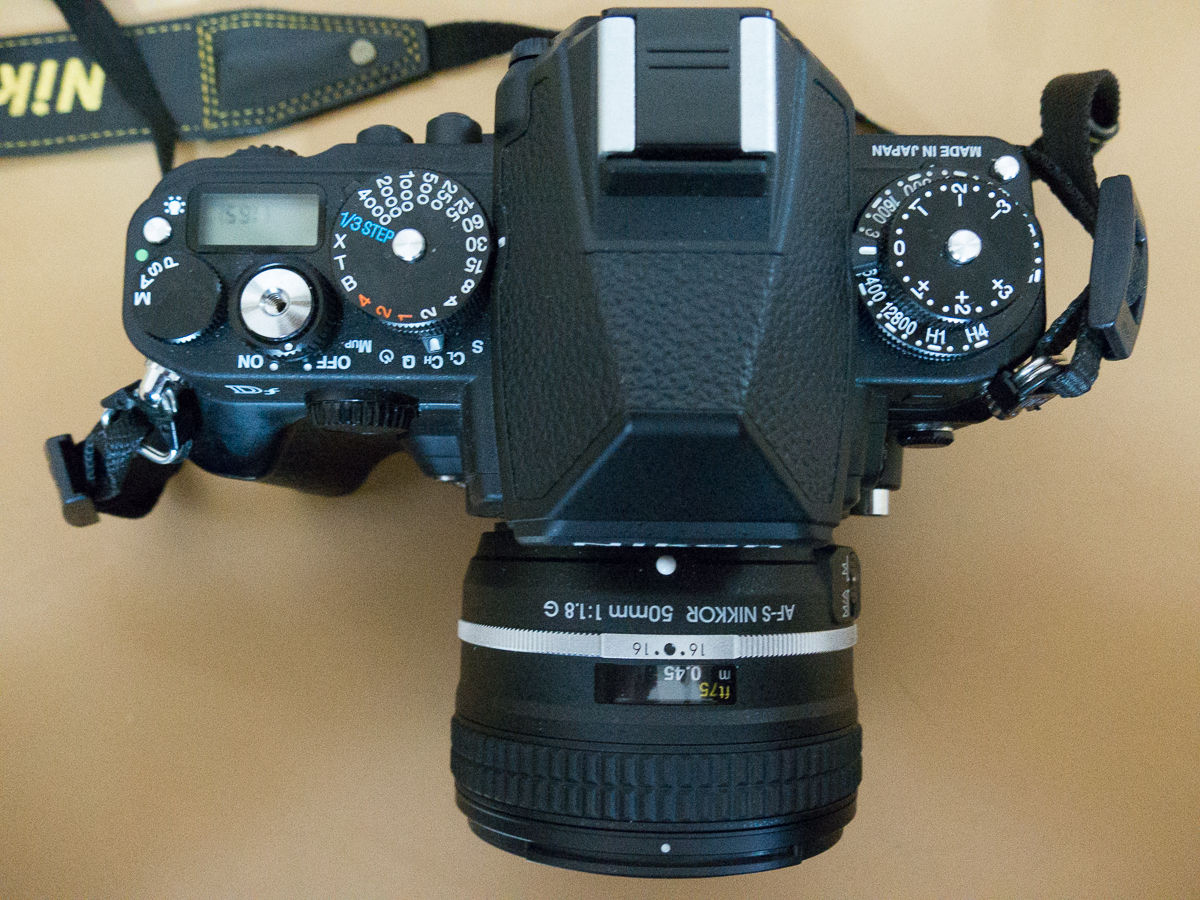 The top of the Nikon Df is straight out of the 80's. Retro all the way baby!

Speaking of aperture, many might find the means of changing the aperture a little confusing. There is a vertical dial on the front right side of the camera that turns in order to change the aperture. One would think that a camera that’s aimed at tugging on the strings of nostalgia would come with a lens with an aperture ring. We guess that’s where the “fusion” part comes in, moving that one essential analogue feature into the digital. 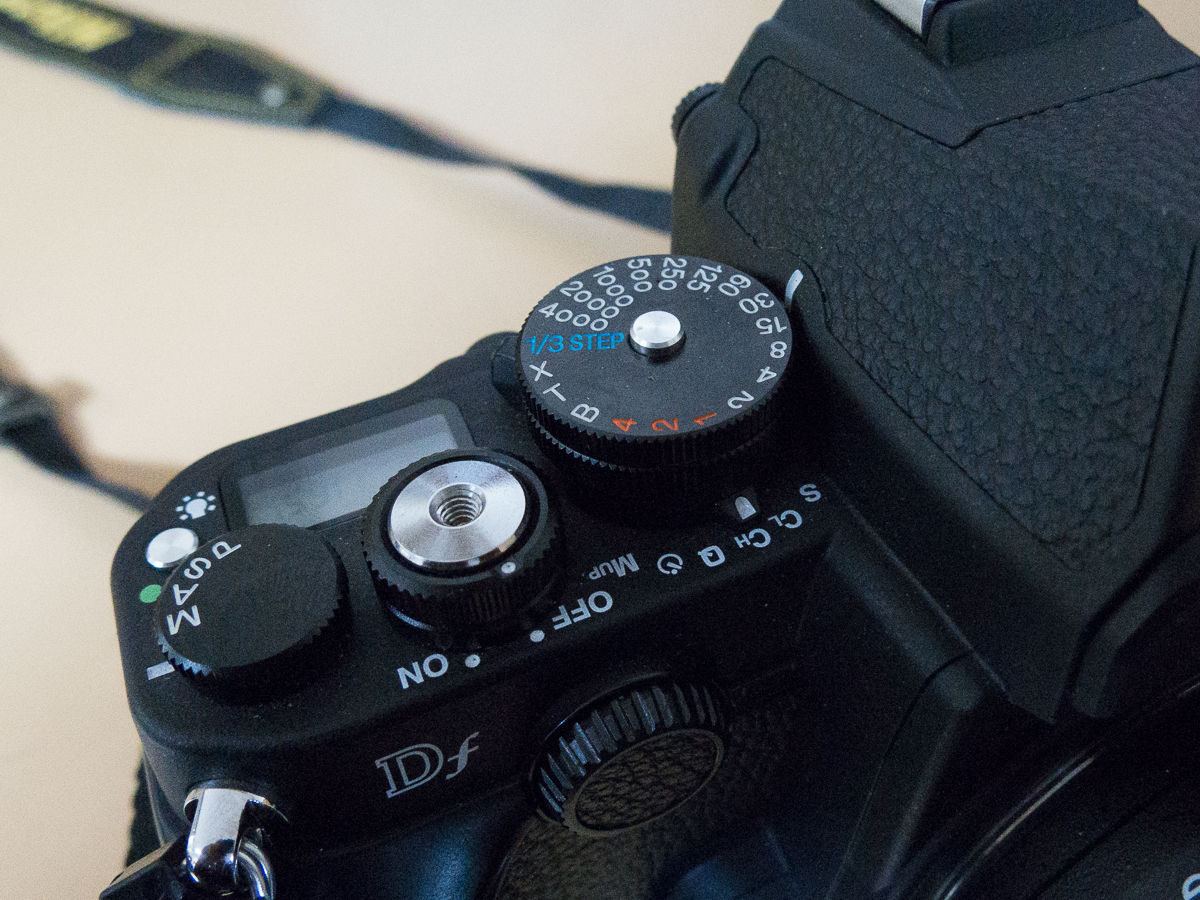 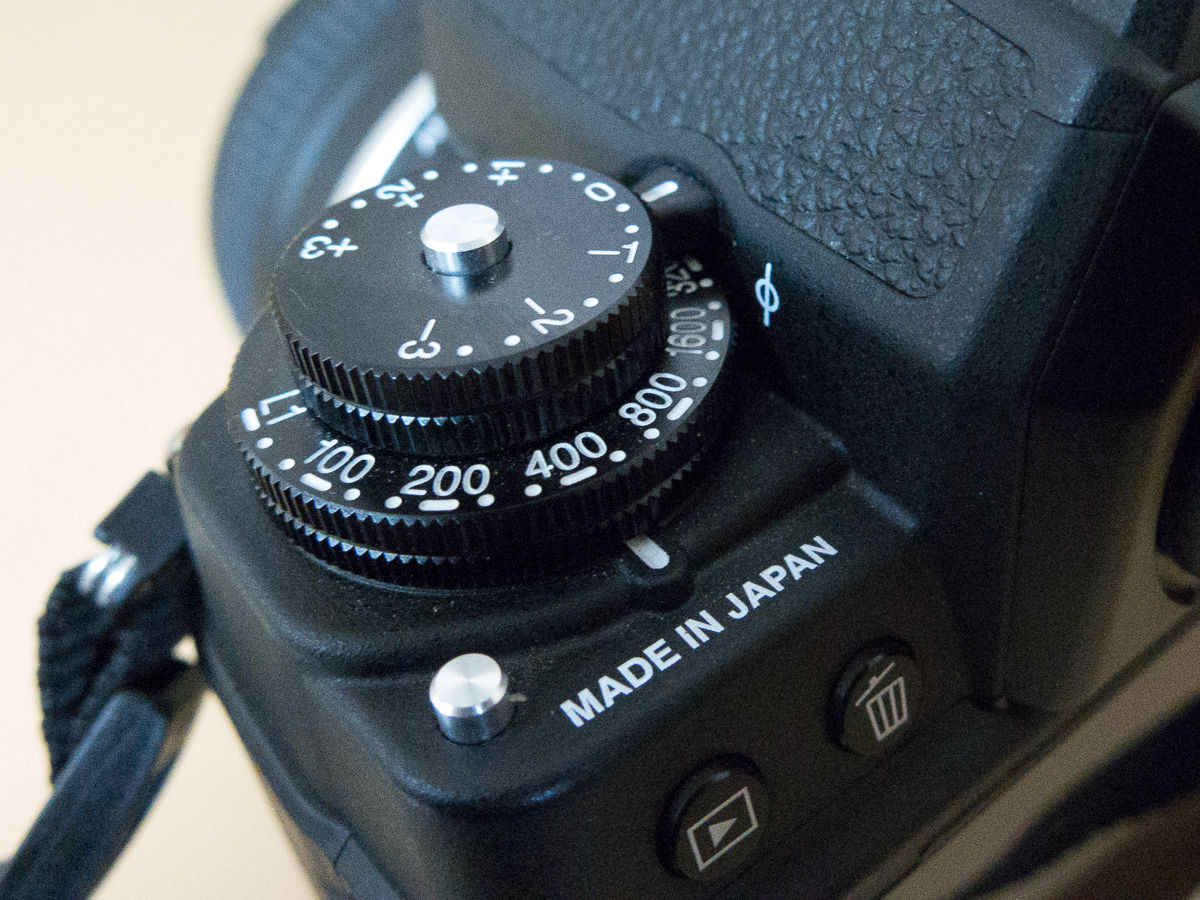 Each of the dials on the camera has its own lock, making them cumbersome to use

Overall, the ergonomics of the Nikon Df NEED you to get used to them. Everything is all over the place, especially the mode dial which unlike all the other dials, doesn’t just turn, doesn’t have a lock button, but instead must be first lifted up and then turned. What! Oh and there’s a dial on the back, right where the thumb would rest that’s pretty much useless.

Features
The Nikon Df runs off of the D4’s 16 megapixel full frame sensor paired with an EXPEED 3 chip. The AF duties are performed by the same module found in the D610, a 39 point system with 9 cross type AF points. The camera is extensively weather sealed but that only works at its utmost best when you compliment the camera with a weather sealed lens.

The main plus point for the Df is that the lens mount has a metering coupling meter which makes it possible to use both AI and non-AI lenses with the camera. Essentially, any Nikkon lens from your days past would also work with the Df.

Other than that, the Nikon Df can push up to 5.5 frames per second, which seems to hold true if you use a fast SD card. We tested this on the Sandisk Extreme Pro UHS-I SD card (64GB) and while the card’s write speed of 95MB/second managed to keep up with the burst rate, the camera did slow down after about 14 RAW frames.

The dials on the Nikon Df also warrant a few words. For some reason, Nikon decided that it would be a good idea to lock the modes to the mode dial. While this makes sense since there isn’t a single lens in their lineup with an aperture ring, what doesn’t make sense is locking the shutterspeed dial. In order to get control over the shutterspeed, simply setting the dial won’t do. One must first change the mode to manual or shutter priority, followed by moving the shutterspeed dial to the desired setting. Fujifilm’s mirror-less cameras on the other hand, just switch from auto mode to shutter/aperture priority (or full manual) when the user changes the settings, eliminating the need for a mode dial.

Performance
Before we begin nit-picking the Nikon Df imaging and AF prowess, there are a few things we absolutely must point out. First off, the Nikon Df does not take videos. It has the D4’s sensor and image processor, but the D610’s AF system in our opinion holds the camera back in some ways.

Diving right in, the autofocus on the Nikon Df was the first thing we tested. We tested the camera with the supplied Nikkor 50mm f/1.8 G Special Edition lens that came bundled with the camera. The first thing we noticed is that the 39-point AF array is a little too cluttered, that is to say, they do not cover much of the frame. We found ourselves employing the “focus-recompose” technique quite a bit, which is okay if you’re shooting at f/4.0 or above. But at large apertures of f/1.8, that can be a little problematic. We also noted that the focussing slowed down noticeably when shooting in moderate to low light, which was a little surprising as we didn’t face this issue with the D610.

However, all is not lost when it comes to the Nikon Df. Nikon designed the Df to be a “photographer’s camera.” So we guess all that matters is whether it can spit out good images or not. In this regard, the 16 megapixel full frame sensor does a mighty good job and nails every image just right in almost every regard. The sensor shows excellent dynamic range with a lot of head room for recovery of shadows and highlights in post-production. The RAW files come out rather flat and do need some work in Lightroom, but if you shoot JPG, you would find yourself spending very little time in post-production. The camera does tend to have a warm bias for white balance but that could very well be the lens and not the white balance meter.

In low light, the Nikon Df managed to hold its ground, with ISOs breaching the 6400 mark, but the sensor shows no sign of letting up. Not only did the Nikon Df maintain its colour accuracy but it managed to do so without generating too much noise. When paired up with good prime lenses, the Nikon Df could really be a lethal tool for a photographer, especially those who prefer to take their time to compose and shoot. You can see a set of sample images from the Nikon Df below. 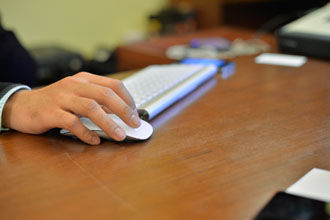 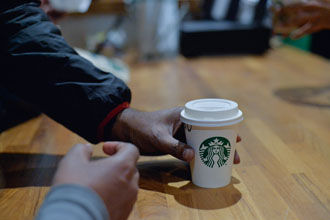 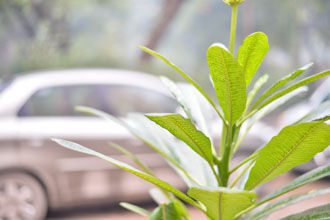 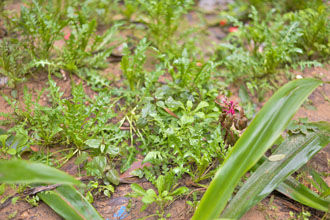 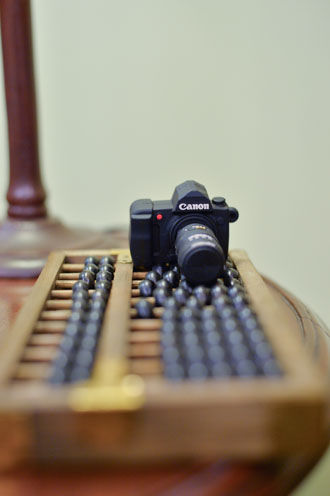 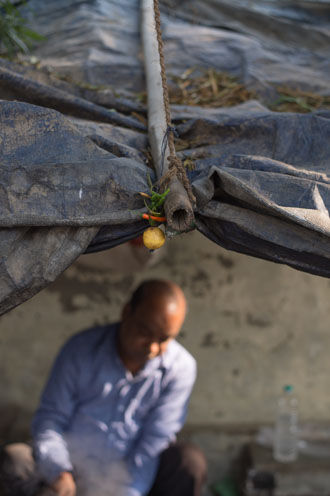 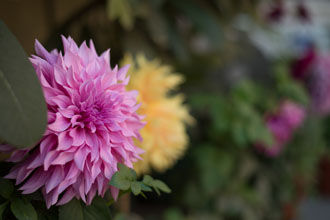 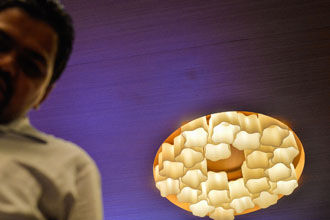 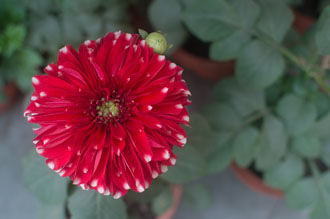 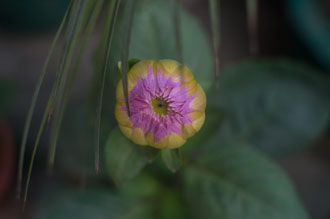 A few samples from the Nikon Df. Can you guess which of the above shots were taken at ISO 6400?

No Video
Yup. Nikon says the Nikon Df is a “photographer’s camera” as a way of justifying the lack of video. For a camera that costs Rs. 1,83,950, as much as their top end DSLR (the Nikon D800), there can really be no justification for removing the video feature. The lack of video hurts even more when you realize that the D4’s sensor was actually really good for video work and Nikon is de-voiding you of it. Also, the real strength of the Nikon D4 sensor also comes from the accompanying 51 point AF system and the 12 fps burst mode, things which the Nikon Df does not have.

Conclusion
It may seem like we haven’t taken the Nikon Df too well. That is actually not true. We love the images it produces but what we do firmly believe is that this is not a camera for everyone. The dials and the locks on the dials make it time consuming to fly through settings. The rear dial is somewhat redundant unless you’re using 1/3 increments on the shutterspeed in which case the shutterspeed dial is pretty much of no use.
However, if you’re a thoughtful photographer, with a lot of patience (and someone who loves drowning in nostalgia), then you just might love the Nikon Df. It is a camera that needs patience and a thoughtful user, only then will the resulting images be the most you can squeeze out of the sensor, and trust us, this is a phenomenal sensor.