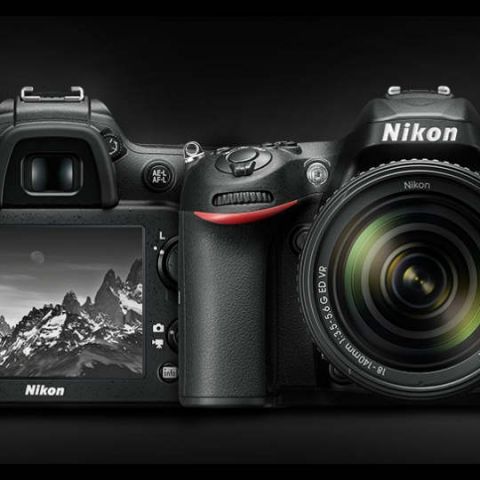 The D7200 is presently Nikon’s flagship DSLR camera with APS-C sensor, and it shows. It has improved over its predecessors, and delivers in grounds where it needs to. The weight of the camera induces confidence in using it, and gives it a professional bearing, along with a body with a full set of controls. If you are looking for an upgrade over your entry-segment DSLRs, the Nikon D7200 is a great option to consider. You also have Nikon’s service centres and the vast range of lenses and other compatible accessories. Overall, the Nikon D7200 is an excellent camera to consider for serious photographers.

The Nikon D7200 is an upgrade over the widely appreciated D7100, and comes with a number of improvements. The most significant improvement that the D7200 houses over the D7100 is in its buffer size, enabling higher continuous shooting rates and improving bracketing too. Adding to this is the improved Multi-CAM 3500DX II autofocus mechanism, which presents 51 AF points, all sensitive to -3EV. Apart from this, Nikon’s highest-end APS-C sensor-powered camera features improved low light performance, 60p video recording, expanded ISO range of upto 102,400, improved battery life and WiFi-NFC capability, over its predecessor. The Nikon D7200 is reasonably well-stocked to satiate a photographer’s wishes, and has the recipe for a delightful experience. Here’s how it performed across all aspects.

Build, Design, Ergonomics
Retaining typically Nikon-like build quality and durability, the Nikon D7200 feels confidently heavy and assuring in hand. In CIPA standard measurements, the D7200 weighs 765 grams. While this is significantly heavy, chances are that you are already accustomed to using a DSLR if you are looking at a detailed review of the Nikon D7200, and thus should not find the bulk on the D7200 to be too surprising. However, you will certainly notice it if you are upgrading your camera body from something like the Nikon D5500 (incidentally the lightest DSLR body ever made by Nikon), and this will take a while to get your hands used to. The weight of the camera body, however, is well-distributed, and along with all the controls arranged quite neatly, gives you a decently ergonomic experience despite the large body. 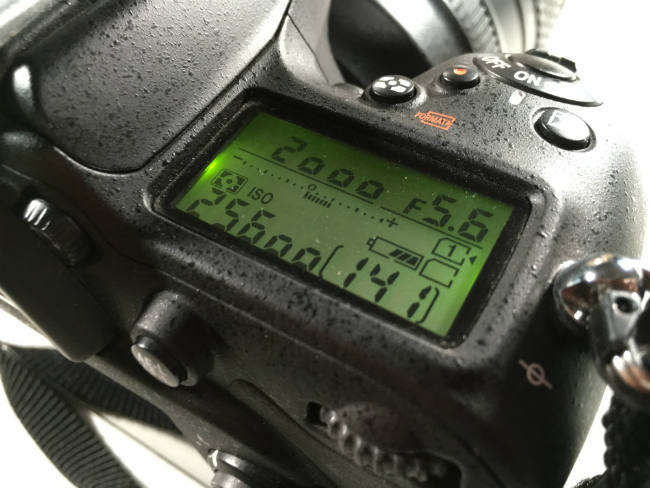 The body is made of sturdy plastic speckled all over, with a large hand grip to aid you in holding and shooting with the D7200. The three-way power toggle is also used to switch on the backlight of the quick settings display to the right of the top. With the backlit controls panel placed to the right, the shooting and shutter release mode toggles are placed to the left of the eyepiece. The left side houses ports for mic-in, HDMI, audio-out and microUSB, and to the left are the two memory card slots placed within the plastic flap. The arrangement of buttons on the front also has buttons for bracketing and flash control, and the rear houses the rest of the controls, including navigation buttons, double-functioning settings, album and live view toggle. The overall layout is compact, but the dual-function buttons will take you two attempts to really get used to. At the centre of it all is the LCD viewfinder, and on top of that is the eyepiece that also houses the hot shoe on top of it. 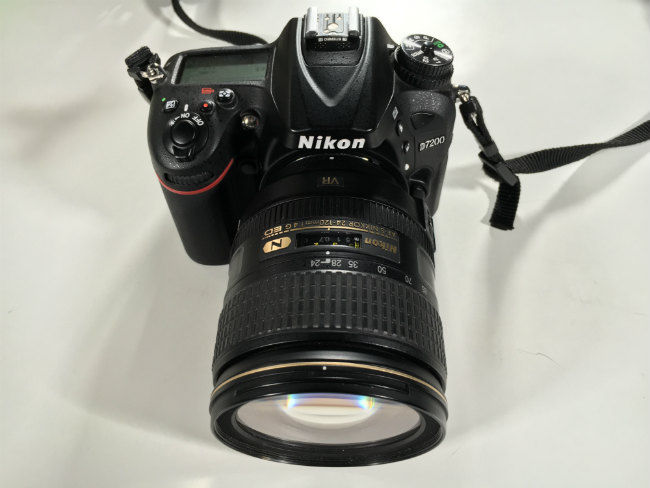 Overall, the entire arrangement lays out all controls within the comfortable reach of your hand. Single-handed usage is difficult, owing to the bulk of the camera and the array of controls that you would possibly require to shoot. You get the standard quality that you would expect from Nikon — vacuum-sealed creases that are dust- and weather-resistant. There is also the trademark red rubber strip to the front of the hand grip, making the Nikon D7200 an entire package for the average professional photographer’s APS-C shooter of choice.

Imaging and ISO Performance
The Nikon D7200 has a number of fine but noticeable changes, in terms of the image sensor, ISO performance, autofocus mechanism and burst shooting. To begin with, there is a slight difference in the megapixel count between the sensors of the D7100 and the D7200. While the Toshiba sensor on the Nikon D7100 has an effective megapixel count of 24.1MP, the Nikon D7200 has an effective count of 24.2MP. Nikon has previously used a 24.2MP Sony-powered sensor on the Nikon D5500, and going by the absence of banding in low ISO performance and higher dynamic range performance, the most accurate guess would be that the D7200 uses the same one.

This takes care of the vertical black lines that the D7100’s sensor rendered while performing at very low ISO levels, often ruining photographs. Adding to that, we have stated how the higher dynamic range aided us in shooting silhouettes against sharp light sources, and the D7200 achieved just that, giving us more evidence pointing at same sensors between the Nikon D5500 and the D7200. On more general terms, the overall imaging performance of the Nikon D7200 is very sharp, preserving the accuracy of colours to a point where for the average photographer, shooting at standard picture control would also deliver incredibly satisfactory images. Adding to that, the ISO performance of the Nikon D7200 is majorly improved, and you can happily shoot without completely destroying your photographs at as high as ISO 1600. The native ISO goes as high as 25600, and extended ISO will allow you to shoot at ISO 51200 and 102400. While such high sensitivity practically destroys colour data in a photograph, Nikon has restricted shooting at extended ISO to black and white. 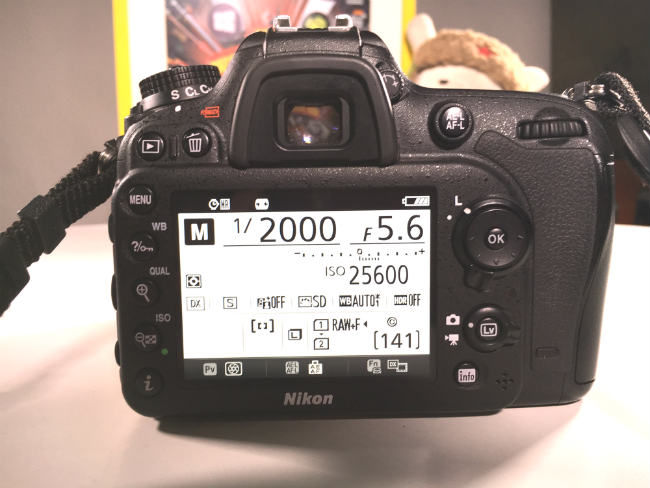 Contributing to the imaging performance is the Multi-CAM 3500DX II autofocus mechanism, that improves massively on low light performance. The new 51-point AF system now allows every focus point to work at -3EV, improving by one full stop from the D7100. As a result, the autofocus mechanism now works fast and accurately even in very low luminance conditions. Cross-type AF points, however, remain with the central 15. This gives the rest of the entire frame the ability to focus faster in low light environment. The D7200 uses the same RGB metering sensor to facilitate through-the-lens metering, which remains at 2,016 pixels within Nikon’s 91,000-pixel sensor. The high resolution sensor also facilitates excellent 3D subject tracking, and coupled with the improved focusing mechanism, allows you excellent light distribution and focusing precision across the entire frame.

In terms of colour reproduction, the Nikon D7200 does very well in preserving chrominance details. There is an excellent balance of colour production in comparison to source. With standard picture control, the D7200 renders excellent contrast and saturation levels, that we have already seen in the images produced by the Nikon D5500. Another important factor to keep in mind is that the Nikon D7200 uses a pentaprism eyepiece, as against the common usage of the pentamirror mechanism on most entry segment DSLRs, like the D5500 itself. While pentaprisms are more expensive, they are more precise and make for less scope of light seepage and aberrations. As a result, the eyepiece is pristine, and makes for better viewing with almost 100% viewing scope. 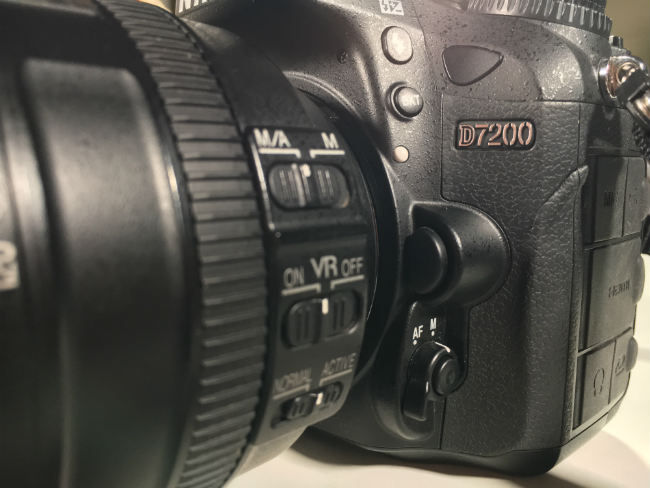 The Nikon Expeed 4 image processor is the present generation iteration of Expeed, and does a fair job of image processing. While burst-shooting RAW images, I faced a near-constant split-second delays accumulating up to a fair bit even with the largely increased buffer size, but the delay was not significantly large to disrupt my shooting. This, though, is not entirely affected by the buffer, and is possibly going to be fixed with the introduction of the faster Expeed 5 in the latest Nikon D500.

As for the convenience and ease of usage, the Nikon D7200’s 3.2-inch viewfinder is a fixed, non-touch panel, keeping in line with all of its semi-professional to professional camera ranges. The TFT panel has excellent viewing angles, and offers 100% frame coverage, coming of help in situations that demand the use of the monitor. The addition of WiFi connectivity also helps in making the D7200 a more consumer-friendly semi-professional DSLR camera, connecting to smartphones via a companion app and giving instant access to the content on your memory cards, on the go.

Talking more about the ISO performance, pulling ISO levels up to 800 in tricky lighting or fast moving scenes is a breeze with the Nikon D7200. In bright landscape environment, pulling ISO down to 100 does not make darker areas in the image intermittent. As a result, you will see a complete absence of the vertical black bands that have previously been there on photos shot at low ISO. For higher ISO photographs, there is considerably less amount of grain, and lesser distortion of colours, meaning that images shot at up to ISO 1600 can be used for print, and leaves enough room for post-production. Using flat picture control at these situations gives photographers decent room to post-process images, to be used in print. While the native ISO does go up to 25600, there is a considerable amount of shift in colours by nearly 20%.

To sum up the performance of the Nikon D7200, it is an excellent DSLR with good dynamic range and ISO performance, excellent colour reproduction, fast processing, extended continuous shooting, very good subject tracking and autofocus mechanism, and good low light performance and focusing. The Nikon D7200 ticks almost all the checkboxes that you would require while evaluating a DSLR camera. The price point, coupled with the technology on offer means that the Nikon D7200 will appeal to the select audience of semi-professional photographers with a serious inclination towards photography, and it is competent to impress many.

Battery
All of this leaves our evaluation with only one aspect left — battery life. The Nikon D7200 is powered by EN-EL15 battery pack with wattage of 1030W and voltage of 7V. On a full charge cycle, I managed nearly 1,000 shots out of the Nikon D7200, and an additional 20 minutes of video footage. Statistically, this gives a nearly 20% improvement over the Nikon D7100, and there are no major worries that I faced with the D7200, at least in terms of battery stamina. On an average photo expedition tour, you can easily expect to shoot for about three days on stretch, and lay out the battery for an overnight charge.

Bottomline
The D7200 is presently Nikon’s flagship DSLR camera with APS-C sensor, and it shows. It has improved over its predecessors, and delivers in grounds where it needs to. The weight of the camera induces confidence in using it, and gives it a professional bearing, along with a body with a full set of controls. If you are looking for an upgrade over your entry-segment DSLRs, the Nikon D7200 is a great option to consider. You also have Nikon’s service centres and the vast range of lenses and other compatible accessories. Overall, the Nikon D7200 is an excellent camera to consider for serious photographers.