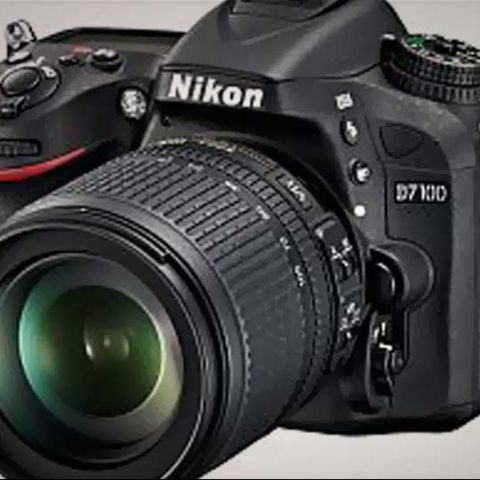 The D7100 is the long awaited upgrade to the two and a half year old D7000, a camera that didnï¿½t seem like much of a change from the D90. Given that the D90 is a camera that people look for even today, Nikon really had its hands full when it came to making a true, legitimate update to the series. The D7100, on paper looks like worthy of that title, but does it perform like one?

Nikon’s D90 was an incredible hit with photographers of all skill levels. Some would say it was for the form-factor, some for the image quality, and many would say it was for the video. What everyone would agree to is that it was one hell of a camera, one that people consider buying even today, five years after its release. The D7000 replaced the D90, but the successor shared a lot in common with its predecessor. Now we have with us the D7100, a camera built on the same DNA as the D90, but which probably resonates more with the D600 than the D7000 or the D90 for that matter. Nikon’s really stepped up its game with this one and we put it to the test.

Build and Ergonomics
The first thing that’s apparent about the D7100 is the much better grip on the back. The D7000 was a flat curve around the edge, but the D7100 also incorporates a gentle curve to keep the thumb from slipping off the grip. This is an excellent addition as we’ve shot with both cameras and the additional support for the thumb makes a world of a difference. Once you’ve moved past the thumb rest, you will notice that the back of the D7100 is absolutely identical to that of the D600. This is a much simpler and cleaner layout, with a dedicated thumb dial to change AF points and the movie button moves from the back to the top, right next to the shutter button.

Holding the D7100 feels like you’re wielding something hefty, something that’s build to last. The body is full magnesium alloy, the stuff that has allowed photographers to turn their cameras into weapons of self-defence for years. The D7100 also improves on the D7000’s already substantial weather sealing, making the camera near impervious to the elements. Of course, the weather sealing on the camera is only complete when a weather sealed lens is mounted on the camera. The included 18-105mm f/3.5-5.6 kit lens is NOT weather sealed.

The D7100 has one of the cleanest and simplest button layouts and you’re going to absolutely love it. With dedicated buttons for metering and exposure compensation coupled up with two horizontal dials, one buried under the thumb grip and the other where the index finger would rest on the front, changing settings is incredibly fast. If you manage to memorize the button layout (which you should be if you use the camera enough) you could manage to change the ISO and white balance settings without removing the camera from your eye. The Depth of Field preview button has also moved from the bottom to the middle of the lens mount, which is incredibly easy to reach. We love using the DoF preview button a lot, especially when shooting with fast primes and Nikon seems to have nailed the sweet spot for where the button should be placed.

Lastly, the mode dial on the D7100 gets its own dedicated lock to keep it from spinning like a roulette wheel. The shooting mode dial, which controls whether you’re shooting single frames or in burst or timer, is also locked and can be adjusted by pressing the little nub right next to it.

Overall, we feel that the D7100 is a superbly built camera. It’s tough, it’s sturdy and it can withstand some rain and mud. The buttons are conveniently placed and are far more intuitive than the layout on the D7000.

Features
The D7100 is a camera that has come a long way from its original predecessor, the D90. The D90 had a resolution of 12 megapixels, the D7000 had 16 megapixels and the D7100 comes with a whopping 24.1 megapixels of imaging real-estate. In the last five years, Nikon’s doubled the resolution on the DX sensor for the D7100 and also incorporated a new EXPEED 3 image processing chip. Together, the two can push out 6 frames of RAW 24-megapixel images. Unfortunately, the camera doesn’t have a very large buffer. We shot the camera in burst mode with a Sandisk Extreme Pro UHS-I 95MB/s SDXC card and found that despite the fast write speed, the camera slowed down after the initial 6 frames. This behaviour was applicable only to shooting RAW though, with the buffer capacity for JPG files being close to 50. The small buffer for RAW files was a little disappointing, but it emptied out in under 3 seconds, thanks to the super-fast SD card.

Speaking of cards, the D7100 takes only SD cards, but will accept TWO of them. That’s right, for the first time, amateurs get a taste of pro features. The second card can be set to perform any function, such as be the overflow (in case card 1 is full), backup (same files are written to card 1 and 2) or you can even decide which of the two cards is used for video recording. It’s quite convenient if you have two very large capacity cards as you can just pop both of them in and forget about running out of space.

The third incredibly impressive feature of the D7100 happens to be its AF system. It happens to be a tweaked up version of the Multi-CAM 3500DX AF module found in the D300s, but with some significant adjustments. For starters, it is rated for light sensitivity down to -2eV (as against the -1eV on the D300s) and it has a 51-point AF array that covers slightly larger area in comparison to the ones in the D800 and D600. If that weren’t enough for amateurs, Nikon has also borrowed the tracking algorithms from their flagship D4 and infused the D7100 with it. The camera is one competent piece of tech when it comes to tracking AF, provided it’s coupled up with a good enough lens.

Lastly, the screen on the D7100 deserves its own mention. The specs read a 3.2-inch 1.2 million dot RGBW screen. The inclusion of white pixels along with RGB improves the legibility of not just the screen, but also keeps the colours from getting washed out under the harsh sun. It really is a visibly better screen, and if Nikon’s charging a little extra for it somewhere in the price of the D7100, we definitely don’t mind paying that.

Performance
Before we talk about how well the D7100 performs, there’s something about this camera you should know. The camera ships without an optical low pass filter, unlike other DSLRs that come with it. Nikon took a major bet with the D800E, which had the effects of the OLPF negated, but the D7100 doesn’t have the assembly in the first place. This does give the D7100 the unfair advantage of churning out naturally sharper images to begin with, but it does make the camera slightly susceptible to moiré, although we did not face any such problems.

Our test involved shooting with the D7100 and the supplied kit lens, in a variety of conditions. We started with our test scene, where we tested the D7100 through its entire ISO range, native and expanded. Up until ISO 1600, the camera shows no signs of noise, luminance or chroma. At ISO 3200, we started seeing some strong grain develop, but there was a strong suppression of any colour noise. Even ISO 6400 was surprisingly clean, but what stood out the most was the fact that despite the high ISO and noise, the 24.1MP DX format sensor does a surprisingly good job of retaining detail. Coupled with a fast aperture prime lens, we wouldn’t hesitate cranking up the ISO numbers. The images are also very compliant if you take them into Lightroom for adjustment, with the RAW files giving roughly about 2 stops worth of room for tweaking.

Moving outdoors, we braved our souls, prayed to the gods and stepped out in the 42 degree heat to get some shots of the D7100 performing in the field. We stalked many a vehicles during our long drive through the city, to see if the AF system could keep up with the tracking duties. It performed exceptionally well, despite the vehicles moving at a law-breaking speed. We got to shoot a lot around the city and came back pretty satisfied with the images. The kit lens is adequately sharp and the silent Wave Motor lends an exceptionally quiet and fast focussing ability to it. The combination of the D7100 along with the 18-105mm f/3.5-5.6 lens yields images with a good level of contrast as long as you’re not shooting directly under the harsh sun. The lens is good with controlling flare, but under the sun, everything tends to get washed out. Other than that, the camera has a tendency to render some of the most pleasing greens we’ve seen, second only to the ones out of a Fujifilm X-Pro1.

The video on the D7100 is also quite good. The footage is quite sharp (thanks to the lens) with good colours and decent contrast (we felt it could have been slightly stronger, but that’s a personal preference). The stereo microphones mounted right by the hot-shoe actually do a pretty good job of recording audio and cutting out wind. Our short test revealed that the microphones are actually quite sensitive, as you will see (and hear) the varied kinds of sources it was able to pick up audio from. It’s great for filming family gatherings and picnics, but if you want to use this camera for making short films (it is a good candidate), we do recommend using external microphones.

Conclusion
The Nikon D7100 is a significant upgrade from its predecessor. It’s got a superb sensor with an improved EXPEED 3 chip, an AF system on steroids and the ergonomic layout of the D600. Quite frankly, there’s very little to not like about this camera, but we did manage to find a thing or two. For starters, the camera cannot shoot HDR images when the camera is set to record images in RAW. We shot a few HDR images using the in-camera function and we didn’t see much of a difference between the HDR shot and a photo taken on manual mode. The other thing we would have really loved is a larger buffer for RAW files. The camera slowing down after the initial burst of 6 frames is just not fast enough and we hope that Nikon can address this issue with a firmware update in the near future.