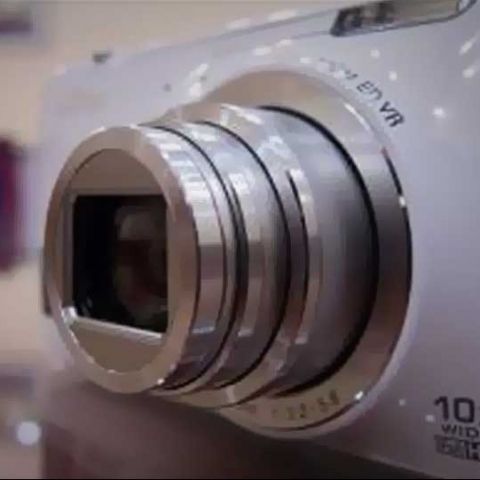 The Nikon Coolpix S800c is the first Android powered camera in the market, but at the end of the day, it is meant to be camera first and anything else, second. For us, photographic performance is supreme, and we hoped that Android would actually add something to the shooting experience, but all it did was bring the 'freeze experience' to the camera. The average image quality doesn't warrant the Rs. 20,950 price tag.

Innovation is the only way technology can move ahead, and innovation is also the only way manufacturers can continue selling their products. Nikon realizes that and the S800c is the very embodiment of that realization. Of course, when the camera was first announced, there was a division of camps, where one side felt this was going to fail, and the other figured that this would be a great way to move ahead with the point and shoot camera business. Of course, the operating system running on the camera has very little to do with the images themselves, so Android on a camera is just to bring other experiences to the table. We’ve been playing with the S800c for a while and have a good number of thoughts about it. Read on to know what they are.

Build and Ergonomics
The Nikon CoolPix S800c itself is pretty small, easy to fit in the pocket if you’ve got decently sized pockets. We got the glossy white version of the camera, so it definitely feels like it’s made of plastic (which it is). However, unlike other cameras made of plastic, this one does not feel flimsy even in the slightest. The front of the camera gently slopes as it reaches the lens in a small protrusion. We like the subtle curve, but not really sure why it couldn’t be flat. A flat camera would have been even easier to fit in the pocket, even for skinny jeans people.

The backside of the camera is just one big 3.5-inch inch OLED panel (819K dots) which is touch sensitive. Next to that are three long buttons that allow navigating between the camera interface and the Android OS. On the side lie a micro USB port and a mini-HDMI out. The battery, though removable, has to be charged by plugging the camera to the charger via a supplied cable. We’ve never really been in favor of such a move as batteries tend to heat up while charging and we’re not sure how well insulated the insides are. Besides, once the camera is plugged into the charger, it becomes unusable. Again, we’re not really sure how we feel about leaving a camera tethered to a cable which anyone could easily trip over and cause the camera to come crashing down. This will be especially more relevant to people who have little children running around the house, wreaking havoc. You could just plug the camera into the computer (the supplies cable is USB), but the same principles apply. We’re using up an extra port on our system, again, with a dangling cord.

All in all, even with the plastic build, the S800c is a sleek camera with svelte curves. Nothing on the camera feels cheap or out of place and it’s a pleasure to hold.

The Android Experience
Most cameras have a USP. The S800c’s is the fact that it runs on Android. Great. So Nikon two already existing technologies and merged them together. But did they do it well enough? Was this fusion even warranted?

We will start by answering the first question first. Booting up the camera for the first time, we were greeted by the usual, “enter your Google ID” screen as we have on pretty much any other Android device. Once done with all that initial setup, the main screen has a couple of icons that provide quick access to the Camera, Image Gallery, Settings and anything else you might want to pin to the screen. The Android experience on the S800c is exactly like the Android experience on any other decently spec’d device. We don’t know what kind of processing power the S800c packs, but it does Run Android version 2.3 (Gingerbread) pretty well. The touch is highly responsive and we didn’t experience any lags.

However, all is not peachy. First off, the Android version on the S800c is two whole generations old. Ice Cream Sandwich and Jelly Bean (the newest OS) are far better for devices, and offering a lot more as an OS, so Nikon’s decision to go with Gingerbread is not one we are too happy about.

We were very curious if we could install apps on the S800c, given its Android innards. We thought that we’d be very limited to the apps we could download, but the Google Play Store fired up and allowed us to install a few of our favorite apps. Angry Birds Space was one of them and the game played just fine. We also downloaded a photoediting app which was able to edit the images we had shot. We also downloaded PCamera 360, a free panorama app, but were not able to get it to shoot images. We used another app called Photaf (free app) which we could shoot panoramas with. At best, we can say that interplay between shooting apps and their ability to actually use the camera is a hit-or-miss at best.

So sure being able to play Angry Bird on your camera could be all “WHOA!” but the S800c wasn’t without its own hiccups. We all know how notorious Android is when it comes to freezing. Our experience was no different. On 4 different occasions, the camera froze while we were taking photos and no amount of button mashing (regardless of what button it was) could pull the camera back into a functional state. When we examined the memory card, the 4 particular images were not on it, so we’re thinking that the camera froze up somewhere between pressing the shutter button and actually taking the image. We removed the battery and re-inserted it to get the camera going again, but going from the Android interface to the camera interface locked it up again.

The shooting interface of the camera is all touch-based. There are buttons that allow selecting of focus mode (normal, Macro, close up etc) along with selecting shooting mode (easy, scene, auto easy etc), exposure compensation and a button to determine the behavior of the flash. There were times when these buttons wouldn’t display on the screen, leaving us a little blind with our shooting.

Performance and Image Quality
While the Android experience is a major part of the Nikon CoolPix S800c, the image and video quality is the other side of the coin. We’ve already noted that the camera does tend to stumble due to the buggy OS, we’d like to talk a little about this little shooter’s prowess as a tool for capturing images.

When you turn the camera on, the camera actually boots into the Android interface and the camera starts once you click on the corresponding icon. The time taken by the camera to start up and fire off the first shot is a little over a second, which is a pretty impressive time frame. The camera can also shoot off 8 frames per second, which should be good for anyone.

However, we’ve experienced some issues with the S800c that make us not like this little shooter a whole lot. First off, the image quality isn’t stellar. We’re seeing point and shoot cameras with not just bigger sensors, but also far better optics. Images are only recorded in JPEG format and in many cases, suffer from “blotchiness” that is typical of the older point-and-shoot cameras. The camera does not have any of the PASM modes, so we couldn’t even try the classic “stop down the aperture for more sharpness” approach. The macro focus mode requires a distance of 10 cm, which is almost 4 inches. At this distance, you’re taking “somewhat close-up shots”, not macro.

The low light performance on the camera is not that great, as noise develops quick and the noise suppression algorithms cause significant loss in detail. Of course, using the flash solves this problem, but it comes with its own set of issues. For one, using any on camera flash can cause unpleasant shadows, which is why non-flash low-light performance becomes very important. Then there is also the problem that the maximum shutterspeed on the S800c is limited to just 4 seconds, which, if you’re a night time-landscape photographer, will bug the living day lights out of you. A maximum shutterspeed of 1/4000th of a second is a standard in this range of cameras, so we’re not expecting much here either.

Conclusion
The 16MP Nikon Coolpix S800c is the first Android powered camera to hit the market. On the flip-side, it runs a 2 generation old version of the OS. Its competitor, the Samsung Galaxy camera runs Android’s Jelly Bean version and is due to hit the markets soon. We like being able to run games and apps on the device, but we experienced some issues with the photo-specific Panorama apps, so that was a letdown.

While the Android experience on the Nikon CoolPix S800c wasn’t anything spectacular, we had hoped the camera would deliver on the image quality front, where it maintained an average level of quality at best. The images weren’t very sharp and often contained blotchy patches, especially in images shot at 250mm. The macro mode was disappointing too, with its 10cm minimum focusing distance.

Again, we’re not really sure whether Android as an OS should be invading the camera space. So far, cameras have run smooth as butter on their own firmwares, never freezing or throwing glitches your way. In the time we spent with the S800c, it froze on us more often than a Windows 95 PC would have. Many a times, it even stopped displaying any buttons when in the camera mode, preventing us from changing any settings. Sometimes, while trying to exit the camera mode, the screen would just show a “please wait” sign which wouldn’t go away. The only solution to all these glitches was removing the battery.

All in all, the S800c left us with a very questionable shooting experience. Looking past all the hangs and lock-ups, the image quality wasn’t good enough given the price of the camera, let alone enough to get us over the bad Android Experience. For Rs, 20,950 there are far better options out there like the Sony HX20V or the Canon SX 240HS or even Nikon’s own Coolpix S9300.