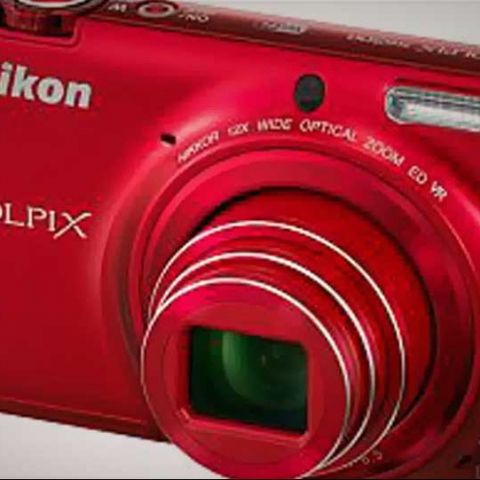 The S9500 is a very compact, no-fuss camera. It has great optics and a build that gives us some reassurance that it can rough it out if need be. The ergonomics may be a hit or miss, with closely placed buttons, but if we can adapt to varying keyboards, then we can surely get used to the slightly smaller buttons on the back of the S6500. The one problem with the camera that's hard to overlook is the slow start-up time, which to us is almost a deal breaker. If you can look past that one problem, you do have a great camera on your hands.

Back in February, Nikon launched over a dozen new camera models into the Indian market, with a few notable models. One particular model that stands out is the Nikon Coolpix S6500, not just because of its major celebrity endorsement, but also because Nikon wants to position the S6500 as the “one camera to rule them all,” at least for the casual photographer. We have had enough time with a unit of the camera and we’ve got a few thoughts about it we’d like to share with you.

Build and Ergonomics
The Nikon S6500 is built of a combination of metal and plastic, lending it a rather hefty build. By that, we mean that it’s “somewhat” heavy to make it feel sturdy, but it’s not heavy enough to make it feel uncomfortable to use. The back of the camera is a little cramped though, mostly so as to accommodate the 3 inch screen. The buttons are placed a little too close to each other, as we often ended up hitting the wrong button (when we weren’t explicitly careful).

Operationally, there’s nothing incredibly far out or new about the S6500. It has a rather simple user interface, with clean menus that could take a little getting used to. If this is the first time you’re dealing with a Wi-Fi enabled camera, it could be a little demanding of you, but with a little patience (and possibly reading the manual), and it wouldn’t be too hard to figure out.

Considering the size of the camera, it isn’t surprising that the ergonomic department had to take somewhat of a hit. Like we said, the buttons on the back are placed a little too close for comfort, with the dedicated movie button being the most awkwardly placed. It is placed a little too close to the edge of the camera, putting our thumb in a slightly awkward position when we had to push it.

Looking past the buttons (the discomfort of which could be attributed to this reviewer’s awkwardly shaped and sized hands) the S6500 is actually quite an incredibly compact camera that we had no troubles fitting into our shorts pockets or carrying around in our over-stuffed bag. It is rather compact, despite the lens assembly and what not, which is quite impressive.

Features
The Nikon Coolpix S6500 may not flaunt a lot of big specs, but that doesn’t mean it’s a camera to be taken lately. Besides packing a Wi-Fi radio that allows near instantaneous sharing and transfer of images, the camera boasts of a few other amazing features.

For starters, the lens on the S6500 carries the NIKKOR branding, the same that’s found on Nikon professional DSLR lenses. We found in our testing that the lens is actually quite good, with the centre showing good sharpness across the aperture range, while the edges only showing slight signs of loss. The ghosting and flaring is well controlled, though when flare does become an issue, it tends to cast a purple hue onto the images.

The other really good feature about the S9500 is the EXPEED C2 image processor, which offloads the 16 megapixel images from the sensor to the memory card. This it manages to do at a blazing 10 frames per second, though you do lose focus tracking. If you want to retain AF, you can still shoot at a relatively quick 5 frames per second, and if you’re using a fast card, your camera should not slow down even a bit.

Lastly, the Coolpix S6500 comes with a bunch of handy effects called the Glamour Retouch effects. They’re not something we would use, since we prefer processing our images in Lightroom (or Photoshop), but if you have a strong love for in-camera editing, the S6500 will have more than enough to offer.

Performance
The Nikon Coolpix S6500 is somewhat of a slow camera initially. It takes a whole 3-4 seconds to go from off to firing off the first frame. This can be quite bad, in the even that you catch a glimpse of something you want to shoot, the camera will be unable to keep up with your spontaneous enthusiasm. If you can live with that, then the S6500 should keep you rather happy.

The camera lacks any and all modes that give you any control over shooting your images, meaning it lacks the usual PASM modes. What it does offer in lieu is an extensive scene selection mode with a choice of selecting between 20 scenes. Then there is the colour tone mode, which will allow you to choose between various colour effects like Sepia, Monochrome, High Key, Toy Camera etc. The camera may lack a PSAM dial, but between all the scene modes, we didn’t really feel the need to fiddle with any settings. If you’re a no-fuss shooter, then you will love the S6500 as you will barely have to change any modes or settings on it.

If you want to talk about image quality, we threw pretty much everything we could at the S6500 and it handled almost most of it rather well. When shooting macro and landscapes, the camera tends to have a strong Green bias, especially if you’re shooting in cloudy conditions. The S6500’s stellar optics combined with the BSI sensor are able to collect light in as unadulterated a form as possible and render some incredibly clean and crisp images. Even in low light, the camera manages to pull off nearly noise free images, but at the cost of detail. However, it shouldn’t be too much of an issue if you’re shooting just for sharing on social networking sites.

As far as video goes, the camera can shoot full HD video, with stereo audio, but we don’t recommend using it in low light. The footage develops noise rather quickly in shadow areas, including skin-tones. This again is within expected performance parameters as a camera with such a small sensor would not be able to hold a lot of detail in shadow areas under low light. That’s a job better suited for DSLRs.

Conclusion
The S9500 is a very compact, no-fuss camera. It has great optics and a build that gives us some reassurance that it can rough it out if need be. The ergonomics may be a hit or miss, with closely placed buttons, but if we can adapt to varying keyboards, then we can surely get used to the slightly smaller buttons on the back of the S6500. The one problem with the camera that’s hard to overlook is the slow start-up time, which to us is almost a deal breaker. IF you can look past that one problem, you do have a great camera on your hands.