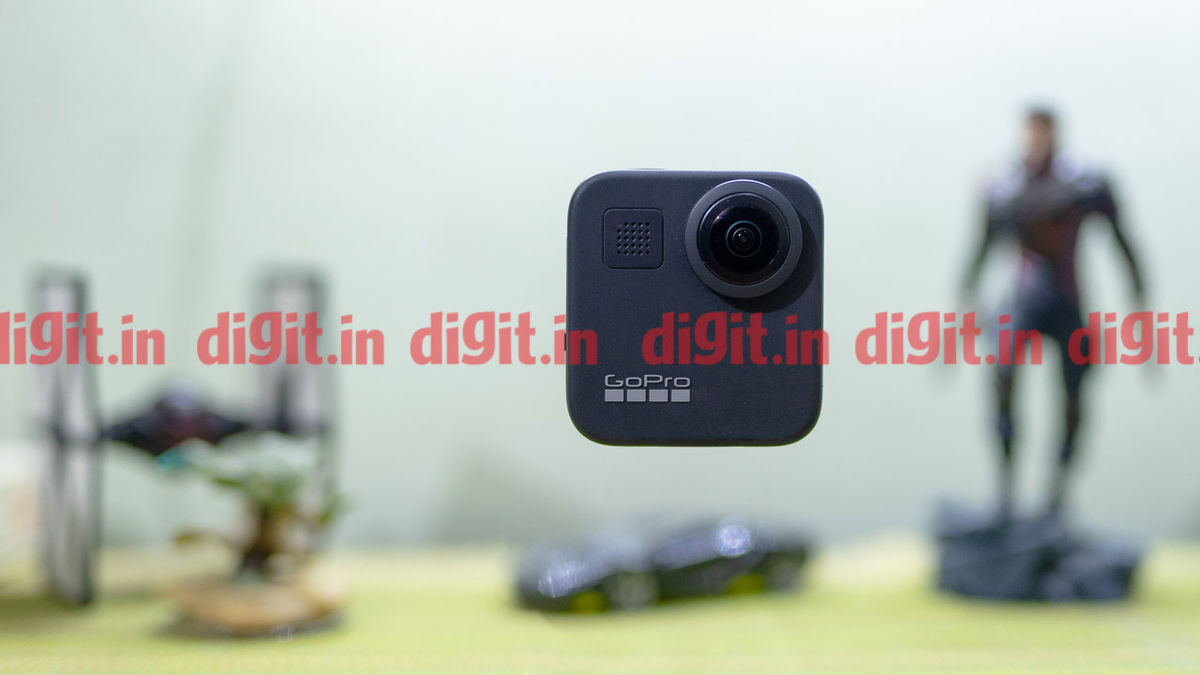 GoPro has had an incredibly strong two years, putting out solid cameras once again. The company was once rumoured to be up for sale, but then they launched the Hero 7 with its brand new Hypersmooth image stabilization. This new image stabilization finally brought near-gimbal like stabilization to a class of camera that was designed to be used in the roughest of terrains. All of a sudden, GoPro was back on the map. While the normal GoPro was once again gaining popularity, their 360-degree GoPro Fusion was on nobody’s mind. This year, we have the GoPro Max, a new 360-degree camera that brings the best of GoPro and more to the 360-camera. We’ve had our review unit for a while and here’s how it fared in our review process. 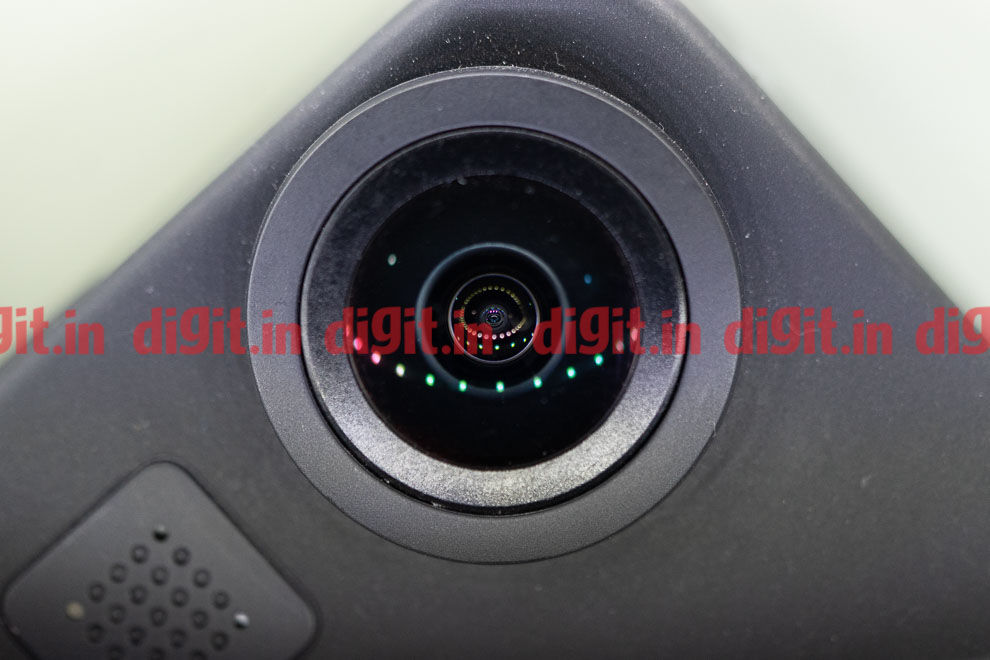 The HERO feature of the GoPro Max is its 360-degree video capture. The Max allows you to capture a 5.5K 360-degree video stream using its dual 180-degree cameras, but for the first time, brings Hypersmooth stabilization to the footage. One of the biggest problems with shooting 360-degree video on the older GoPros has been that when you walk around has been the shake that comes from hand-holding the GoPro. We walked around the CES show floor for days using the new GoPro Hero Max and came away with footage that was incredibly smooth. You can see numerous 360-degree videos shot on the GoPro Max on our YouTube page, a few of which are embedded below.

Besides the stabilization, another notable area where the GoPro Max ended up surprising us was with regards to its low light performance.  Traditionally, we’ve come to expect poor low light performance from action cameras. Honestly, you didn’t have to be in poor lighting conditions for these cameras to develop lots of noise, forget being in low light. With the GoPro Max, we shot in very poor lighting and did notice some noise, but nothing that would deem the footage unusable. If you look at our Lenovo Booth walkthrough, you notice that the video has noise only in deep shadows, leaving the rest of the frame clean. The lighting at the Lenovo booth was incredibly dim, with most of the area being lit simply by the monitors that were on display.

Overall, the quality of the 360-degree footage is surprisingly good, but the story doesn't simply end at capturing the video, which brings us to our next section.

Okay, so you’ve shot the 360-degree video, how do you get it out to the world? There’s the easy way, prescribed by GoPro and then there’s the hard way. GoPro’s method of getting your videos “online-ready” is surprisingly simple. You could just transfer the video from your GoPro to your smartphone using the GoPro Quik app, which allows you to do quick perspective edits and then render out the final video as an MP4 file. There is also a desktop version of the app called GoPro Max Explorer, but that only allows you to covert the .360 video file into an mp4 one. You can also choose to re-encode the files to a different resolution.

In case you’re going to exercise full control over the output, then you’re going to have to use the desktop application to convert the .360 files to mp4 and then pull them into Adobe Premiere or FCP for a proper perspective edit. The files are easy to work with in all editing environments and we faced no problems editing and colour grading them. However, do note that if you’re editing the original 5.5K resolution files, you’re going to need a powerful system.

The GoPro Max isn’t just a new camera on the inside, but also on the outside. GoPro has integrated the mounting mechanism into the GoPro’s body, eliminating the need for an external frame. The mounting pads fold out of the body and fit into whatever clamp or mount you want to mate the GoPro Max with. While this is great, we fear for the sturdiness of these two pads. Any kind of over tightening, especially if you’re trying to house an unused thumb screw, be very careful. We found our GoPro’s mounting pads to be overbent due to over-tightening, but thankfully, they didn’t snap. 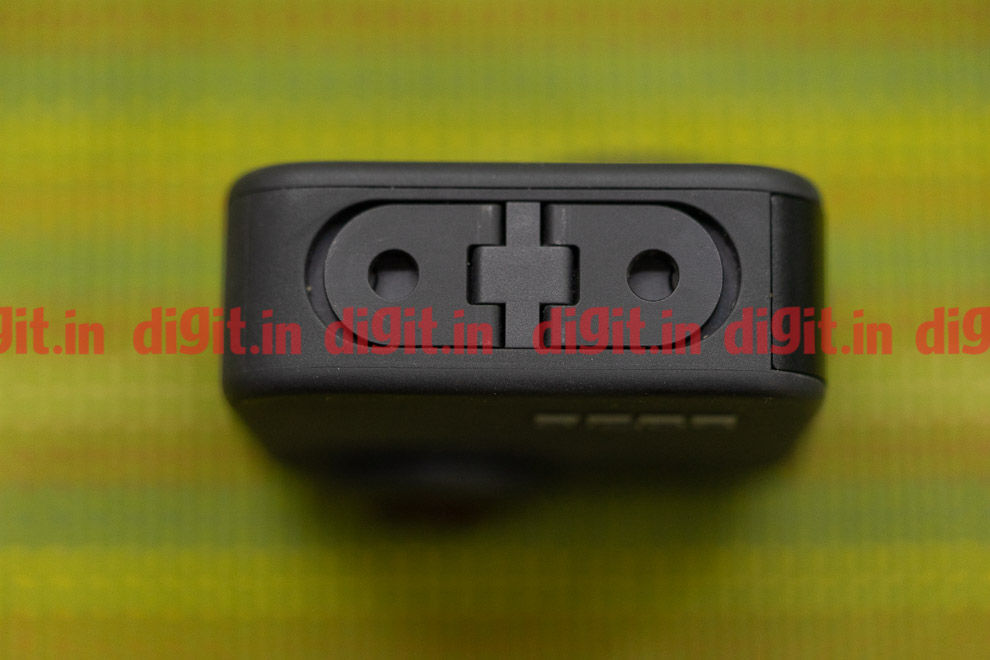 The accessory mounting pads are now integrated into the body 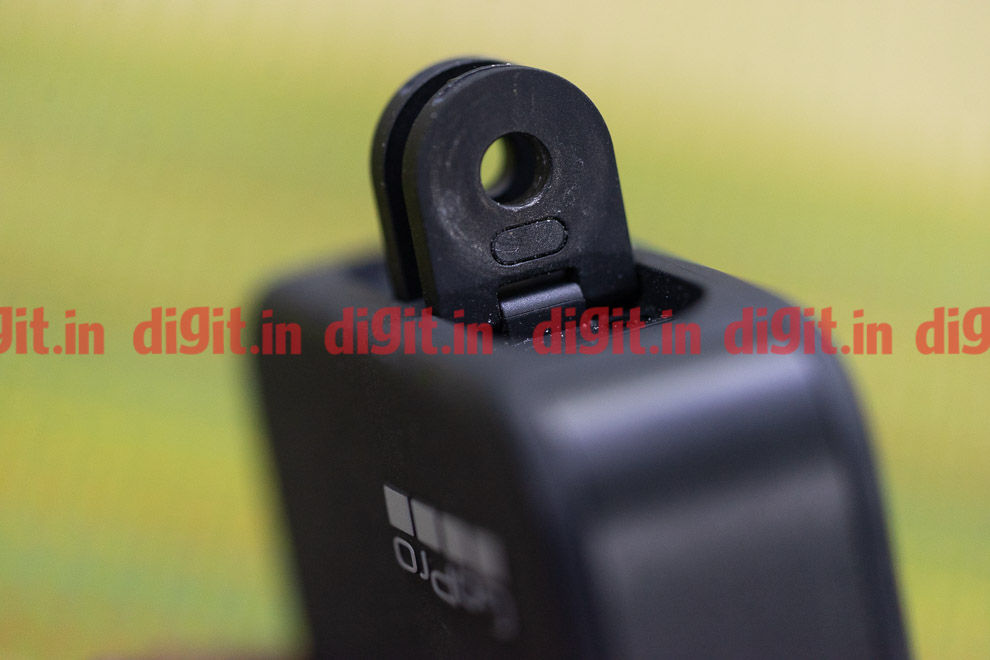 The best way to tell which way is front is to look for the display, which is housed on the backside. Above the display, you find one of the 180-degree fisheye lenses, mounted alongside a microphone. The shutter button is on the top and easy to access and use while the power button is on the left. What has changed with this year’s GoPros is the battery door assembly, which seems to be using a robust mechanism to lock out unwanted materials like water or salt deposits.

While the GoPro Max is obviously built for action and designed to take abuse, we’re not sure just how sturdy the lenses are. They protrude notably from the body and if the camera was to ever fall, the lens is definitely going to make contact with the ground. You do get protective lenses for the GoPro Max in the box, which is great and we strongly advise using them as there is no replacing a shattered lens on a GoPro Max.

The GoPro Max addresses a huge concern that made 360-degree cameras not a very viable option; image stabilization. The Hypersmooth stabilization makes the GoPro Max extremely usable when hand-held, or even when mounted on a handlebar or a helmet. The battery life on the GoPro Max is also decent, giving you roughly 30-45 minutes of continuous shooting of 5.5K 360-degree video. In photo time-lapse mode, you can expect the camera to last anywhere between 4-6 hours. Carrying spare batteries can’t hurt, especially if you’re getting impressive results. For a price tag of Rs 44,990 on Amazon, the camera does offer good value, especially if you’re looking to start shooting 360-degree videos on a budget.