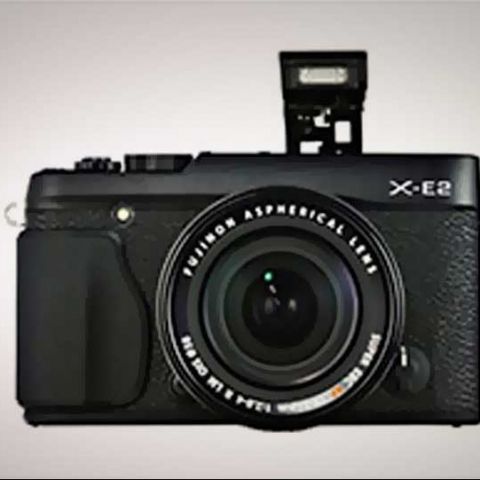 The Fujifilm X-E2 is the first second-generation camera from the company. It doesn't come with more pixels on the sensor, but what it does do is pack phase detection in there. The AF has significantly improved and the button layout has slightly changed, which we're not too fond of anyway. The video is still lacking (significantly), but the imaging performance is just stellar.

The Fujifilm X-E1 was a great camera, and left little else to be desired. However, that little bit that we did desire, is embodied in the X-E2. It has a re-designed 16 megapixel CMOS X-TRANS II sensor paired with an EXRII chip. We first saw the chip  in the X100s, which is another excellent performer.

Build and Design
The X-E2 comes with the same build quality as we've come to expect from all the high end Fujifilm cameras. It is a mix of metal and plastic parts, although it's very difficult to tell them apart. When comparing the X-E1 to the X-E2, there aren't many differences.

The one difference that we did notice (and it took some time) was the orientation of some of the buttons on the back. The X-E1 has a Q button on the right edge, just under the AFL and AEL buttons. Now, it has moved to the top, right next to the viewfinder on the X-E2. Some will argue that this is a good move because people often end up pressing the Q button instead of the AEL. On the other hand, some would argue that the Q button is now a little harder to reach, making access to the quick menu a little slower. 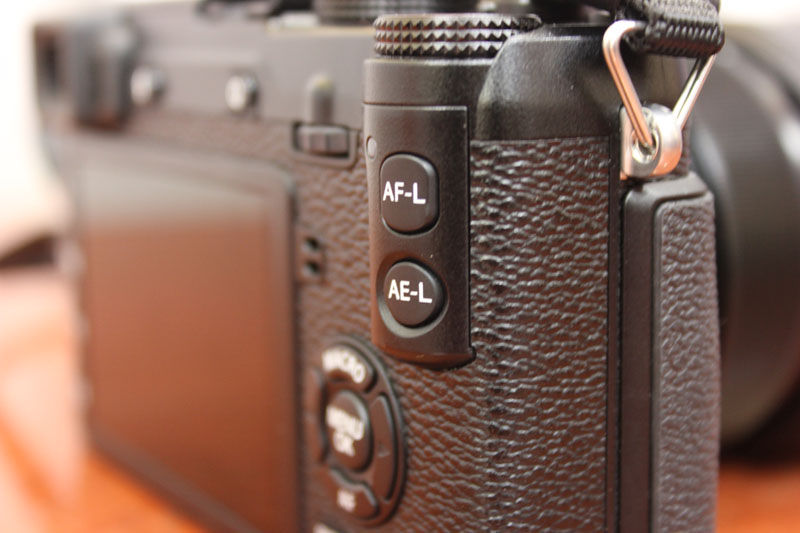 Physically, the two cameras are near identical and one would not be able to tell them apart had it not been for the model number, which is printed on the front. This leads us to conclude that the X-E2 is amazing to use. Why? Well, because we loved the way the X-E1 fist into our hands. it was an ergonomic treat, with the grip offering good balance. The control buttons are generously sized and don't lend to any fumbling around. It is a very no hassle design that has just been made slightly better.

Performance
The X-E2 retains the 16 megapixel count, but brings the much awaited PDAF (Phase Detect Auto Focus) functionality to the X-series. While the AF has received a significant performance boost, PDAF has also aided in that improvement. However, the camera leverages its phase detect pixels by giving the user an option to turn “Pre-AF” on or off, which is something most other cameras with Phase Detect do not offer. Turning the pre-AF 'on' really does speed up the performance, but turning it off doesn’t affect the speed or accuracy of the AF module either.

We tested the X-E2 in all sorts of lighting conditions, going from good light to harsh, to low light and even pitch dark. Except for the last lighting condition (or lack thereof) the X-E2's AF system did not fail to impress. It is much faster than the module in the X-E1, that's for sure and if you have pre-AF enabled, it gets the job done even faster. There were times we found that the pre-AF caused the focus to jump around, preventing us from taking our shot, even though the camera and the subject were stationary. The X-E2 really stood out in terms of low light focus, not even missing a single time whether our subject stood in a poorly lit area or sat down on a bench that was strongly backlit. 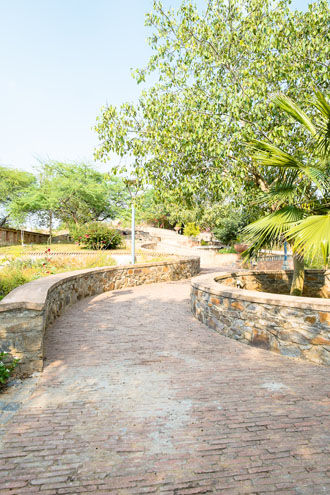 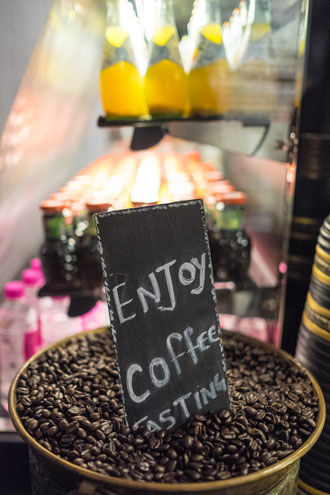 Left image had very strong backlighting whereas the one on the right had very little contrast in the original scene.

In terms of imaging performance, the X-E2 exceeded our expectations, especially in low light performance. The camera comes bundled with a Fujinon 18-55mm f/2.8-4.0, which was a little slow for our low light testing, so we paired it with the Fujinon 23mm f/1.4 prime lens. Given the dreary foggy winter weather we’ve had, we didn’t hesitate cranking the ISO all the way up to ISO 3200 (since the X-E1 could handle this level just fine) and still ended up with noise free images, despite the camera noise reduction being turned off. This tempted us to push the ISO even farther, to ISO 6400 but the results and the cleanliness of the files did not change much. There was some noise, but we're pretty sure even the purists would say that it was all below acceptable levels.

In normal light, the camera tends to render images that are slightly on the warmer side of the white balance spectrum, excellent for portraits and even landscape, but that’s more of a personal taste. The camera also comes built-in with Fujifilm’s classic film simulation mode, but FYI, in case you’re shooting RAW, you will have to use Fujifilm’s own RAW image manager to apply those image profiles. In low light, the images tend to have a slightly more accurate white balance, but this was somewhat of a hit-or-miss thing. 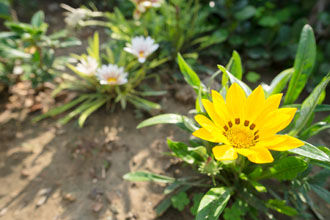 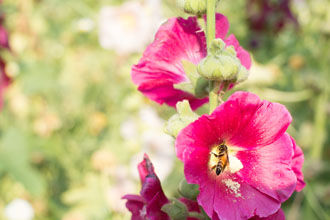 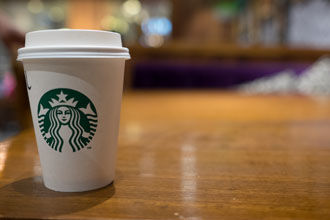 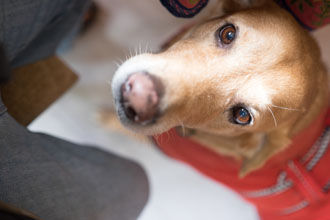 These two shots were taken in low light, at ISO 3200 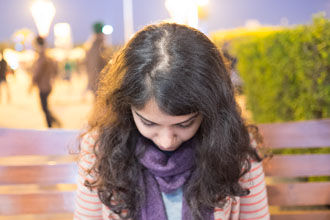 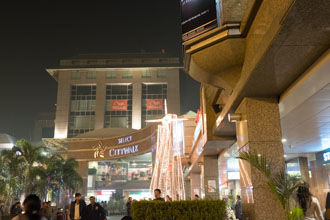 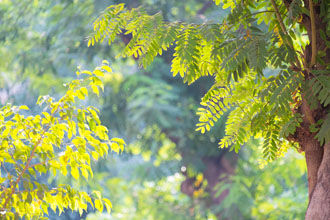 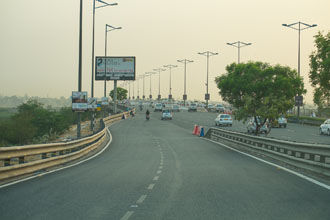 The video mode on the X-E2 is still as lacking as it has been on any of the previous X-series cameras. For some reason, Fujifilm just does not deem the feature as worthy enough to invest in. While the X-E2 will do 1080p video for you, once you start filming, there is absolutely no scope for adjusting settings. This is okay if you're just taking casual family picnic type videos, but for videographers, film makers or even people wanting to film situations with rapidly changing illumination levels (like concerts), the X-E2 may not be the best bet. However, what it lacks in video prowess it more than makes up in its photographic chops.

Old Pony, New Tricks
Fujifilm has added Lens Modulation Optimizer (LMO) in the X-E2, making it the first mirrorless camera from the company to have the technology. Fujifilm says that LMOs have been employed to overcome typical “diffraction phenomenon” which occurs within all optical lenses when high frequency fine images become blurred when the aperture narrows. Since Fujifilm develops their own lenses for the X-series, the LMO algorithm for each lens is created and stored in the EXRII chip, ensuring that regardless of which Fujinon lens you use, the images you get are diffraction free.

We used the Fujinon 23mm f/1.4 and the Fujinon 18-55mm f/2.8-4.0 kit lens with the X-E2 and failed to notice any diffraction phenomenon occurring at apertures as high as f/16. This is a great feature to have if you stick to Fujinon lenses, and we don't see why you won't, given how amazingly sharp they are, yes, even the kit lenses.

Conclusion
The Fujifilm X-E1 was a great camera that tackled almost all shooting conditions much to our satisfaction. We wished we could have gone higher than ISO 3200 sometimes and we definitely wanted a better, more robust focussing system. That is exactly what the X-E2 is and then some. The X-TRANSII CMOS sensor is not only pushing ISOs beyond what we previously could, but with the added phase detect pixels, we're also seeing a focussing system that has really matured. If you're looking for a one stop camera, the X-E2 is your perfect companion. It's hard to find faults with it, which is something we rarely ever say about a product. The Fujifilm X-E2 has our highest recommendation.