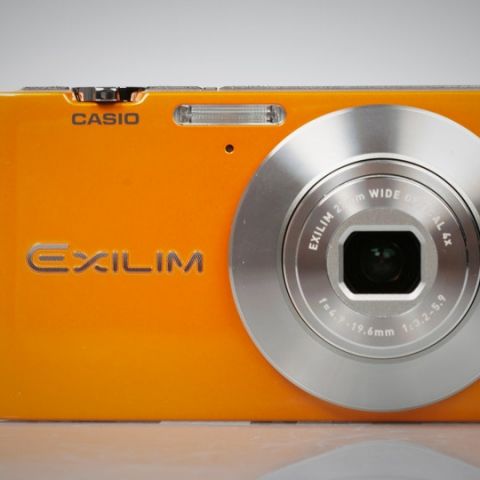 At Rs. 14,995, the Casio EX-S200 is a really compact and nice looking camera. But it doesn't deliver the goods on the performance front, meaning we cannot recommend it. 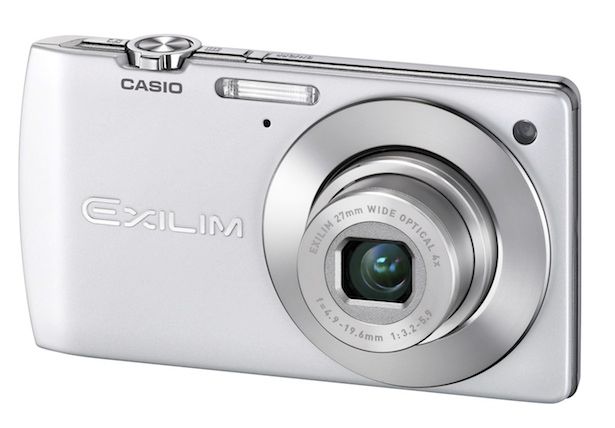 The EX-S200 represents Casio’s latest attempt at an ultra-sleek camera. And compact it is, in fact the dimensions are comparable to many phones, and the EX-S200 is only slightly thicker. It’s a pretty looking camera, with brushed aluminium adding a sophisticated air, while a chrome trim around two sides, with a generous dash of it, around the lens livening things up. Despite the flimsy look, owing to a metal exterior and its compact dimensions, the camera feels reasonably sturdy, although the rather large LCD means you wouldn’t want to drop it. The lens hardly protrudes when off, making carrying this camera around in ones pocket very possible. The camera is also lightweight (there are heavier cell-phones around), and with a tiny, 600 mAh Lithium-ion battery, the EX-S200 weighs a mere 132 grams.

[RELATED_ARTICLE]The lens is a tiny affair, but at 27mm, it's wider than most compact cameras that feature start at 28mm. Even the power button is sleek, and is an insert in the chrome trim, while the click button is mounted inside of the zoom ring control on the top of the camera. The buttons on the rear are minimal, and if you’re looking for manual controls and lots of buttons, you’re looking at the wrong camera. Video recording gets a dedicated button, as does auto mode. Interestingly, camera and image viewing now have two discrete buttons – unlike the toggle we’re used to on most other cameras, including dSLR’s. The menu and surrounding joypad are the only way to get into the settings, there’s no dial atop the body to achieve this.

The scant buttons and controls are well placed and exude good feedback, but it’s a bit difficult changing settings, especially when you’ve been spoiled rotten by dedicated controls and really, Casio should have included a dial for selecting modes – its much faster and infinitely more convenient.

Click next to read about its performance and our take

The EX-S200 is a slowcoach. Firstly, shutter lag is present. A slight bit of lag is also present when tracking a subject. Saving also takes a split second longer than we’d like, in spite of using a fast 4 GB Lexar card. In comparison, the Canon SX130 IS is much faster. The zoom also has the tiniest bit of creep. Zooming is too fast, and the zoom control is soft, with minimal feedback. There’s also no system to control the zoom speed by applying variable pressure on the zoom control – a neat feature to have.

In terms of output, the EX-S200 has a tiny sensor, and it shows. When viewing images at even half their size, noise becomes evident at as low as ISO 400. In fact, at ISO 50 there was noticeable noise, and even an image shot in sunlight has some noise present. Sadly, and even worse than this, there is smattering of pixels, and chroma noise, noticeable in most colours. At 100 per cent crop, most images look poor, with a noticeable lack of detail. Noise becomes increasingly visible as one scales ramps up the ISO setting as oddly coloured pixels, mostly grey, and there are halos around white objects shot against a darker background. This is also a lack of contrast and highlights look overblown and flat. Additionally, the focussing of the camera wasn’t spot on, and this final nail, led us to believe we were testing a defective piece. The only advantage of a larger sensor is, when viewing full screen, say on a notebook, the image looks a lot more detailed, with less anomalies, however, when we test, we use 100 per cent crops, and once subjected to this test, the EX-S200 fails.

There is a premium auto mode, which slows down the camera slightly, and the de facto auto mode, which differs mainly in the autofocus points, that can be configured in premium auto mode. Shooting in daylight produces mostly clean shots, but there is some purple fringing, and shadow areas have grain even when viewed at 50 per cent of the image’s actual size.

Overall, the output of Casio EX-S200, is quite mediocre. Sure, it’s an ultra compact camera, and we weren’t expecting anywhere near dSLR results, but the output is slightly worse than other digital cameras we've tested. Video recording also has its fair share of noise. We wouldn’t recommend the EX-S200 as a video recorder.

[RELATED_ARTICLE]White balance is a strong point, and while most compact cameras get it right these days, it’s still worth mentioning that the EX-S200 does a good job of determining what lighting conditions you are shooting in, and optimising itself, and therefore, the output. Macro is a little disappointing, we found a slight lack of sharpness, and the minimum focussing distance is around 3.5-inches. We took around 85 shots, 25 with flash, with battery juice dropping to just above 50 per cent – not bad, we’d reckon with sporadic flash use, you’d get around 200 shots.

At Rs. 14,995, the Casio Exilim EX-S200 is a very mediocre performer. Image quality, which, for us, is the only parameter for discerning between a good or bad camera, is very ordinary, poor even, although our suspicions border on a possibly problem with the sensor or optics of the camera. However, as it stands, we were underwhelmed with its performance even at ISO 100. Cramming more pixels on to a small chip never works, and its time manufacturers stopped duping people by advertising, selling and pricing cameras based on their megapixel-rating. Even if you’re shopping for an ultra-compact, good-looking camera, give this a wide berth, the Canon SX130 IS that we tested at around the same time is a much better, identically priced option, though it's a bit bulkier.