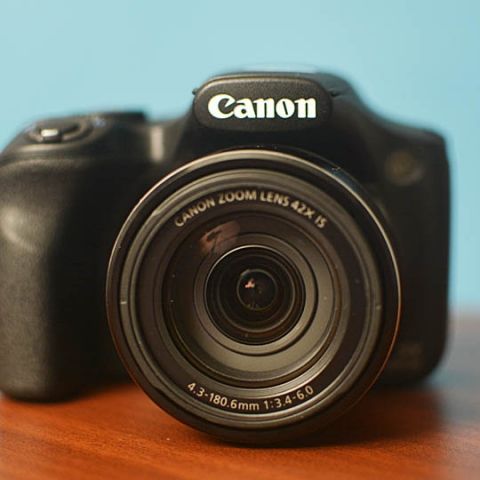 There are a range of bridge cameras in the market today and the Canon PowerShot SX520 HS feels like just another addition. However the performance of the camera is quite impressive, especially the 42x zoom capability. This is a great camera for hobbyists and people who want to learn the basics of photography.

Canon has upgraded the SX510 HS with a brand new model with a much higher zoom capability but also a larger size. We took the new SX520 HS for a spin to see if the upgrade is actually any good.

The new PowerShot SX520 HS has a better 15.9MP CMOS sensor which is a bump from the previous gen and it also has a larger 42x optical zoom lens which offers focal length of 24-1008mm. There is a further 84x digital zoom as well which is, to be honest, overkill and an unecessary addition. The aperture range is f/3.4 to f/8 on the widest focal length and f/6 to f/8 on the highest focal length. For low light performance, the camera offers an ISO range of 100 to 3200 which is pretty good for low light shots. Sadly, you dont get the low 80 ISO like the previous version.

One big feature that we miss is Wi-Fi as Canon has surprisingly removed this feature from the upgrade. Another feature that has been omitted is the slow-mo video mode so now you only get 1080p videos at 30fps.

The SX520 HS feels a lot like its predecessor but is now a bit larger and a bit heavier. It is still however compact enough to carry around on your vacation if you don't like carrying a bulky DSLR. The camera is all plastic with a matte that offers some grip. The lens however feels stronger as it has a metal ring around it to offer protection. Just like the SX510, there is an in-built flash which only pops-up automatically in the Auto mode, otherwise you need to manually open it. 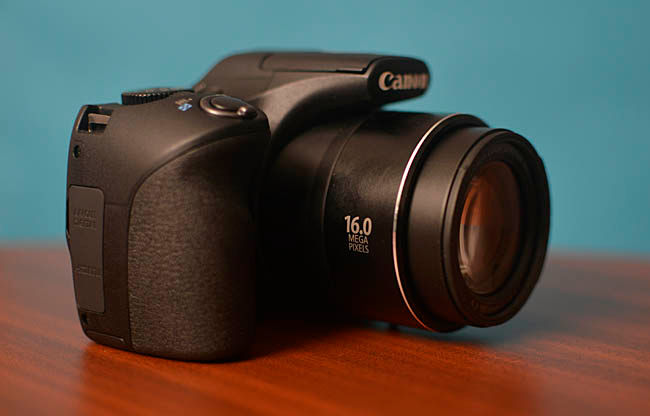 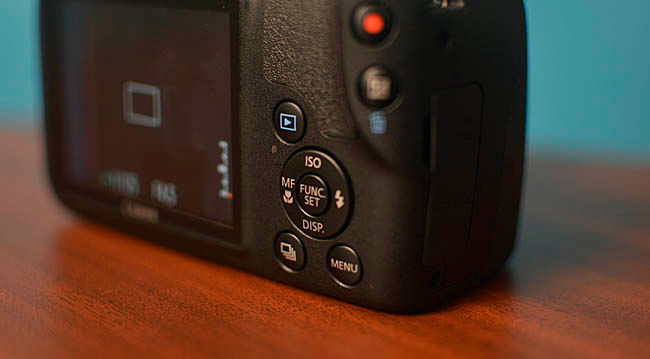 Next to the flash, you have your usual set of buttons including the shutter release button with a slider ring to control your focal lengths, the power button and the mode dial which feels sturdy although it isn't the smoothest. At the back there is a 3-inch display which is the same as the previous gen camera. The back also a bunch of control buttons including a dedicated recording button, an exposure compensation/delete button, a playback button, the menu button and the drive control button. There is also a 5-key D-pad, but Canon has removed the rotating wheel which was present on the last model. The D-pad inludes controls for flash, ISO, focus modes, etc. On the right side there is an A/V out digital port and an HDMI out port protected under a rubber flap. The bottom has a standard tripod socket and the plastic panel which opens to reveal the battery and the SD card slot. 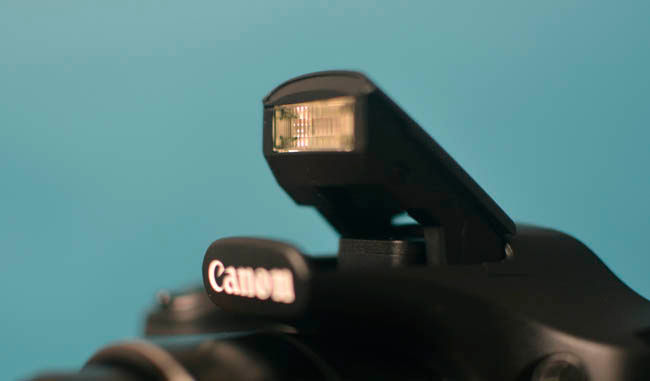 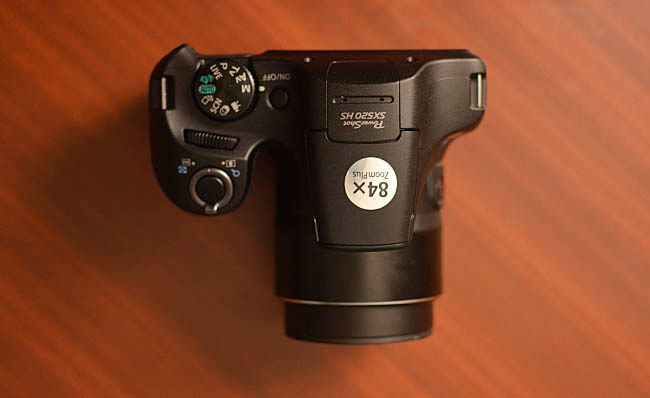 Comparing the new SX520 to the SX510, the former feels larger but somehow seems to offer a lesser functionality. However the overall build and quality is quite appealing.

The camera has definitely improved on the auto-focusing system and although it isn't the fastest, it is still pretty good in its price-range. You also get a manual focus option which isn't the fastest solution but it's always nice to have. The auto exposure is somehow not very impressive as it tends to overexpose the pictures and we suggest you use any of the manual modes instead. The colours are quite accurate and even noise reduction has been implemented well. The auto white balance is also quite accurate and the different presets can be useful at times.

The best feature however is the large focal length coverage. With a 42x zoom range, you can shoot far off subjects with ease. In broad daylight, the pictures on the maximum focal length come out looking pretty good. Canon has improved on the auto-focus on the highest focal length which was an issue on the last model.

Video performance is pretty good and the video quality is impressive. Noise is under control but there aren't a lot of controls to tweak the video. The various video resolutions include 480p @30fps, 720p @30fps and 1080p @30fps.

Here are some of the sample shots taken with the PowerShot SX520 HS. (Click to enlarge)

If you want a super zoom camera at a budget, then the SX520 HS is a great recommendation. While Canon has upgraded the zoom capability, auto-focus and noise reduction, it has ommitted some really useful features like Wi-Fi and the rotating d-pad wheel. With that said, the camera is actually quite a good investment for everyday shooting. An alternative option could be the Nikon Coolpix P530.