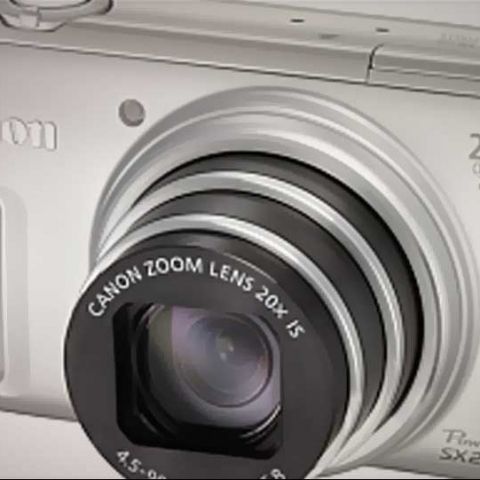 Canon Powershot SX240HS is a wonderful travel zoom camera offering 20x optical zoom. Itï¿½s quite an improvement over the SX220HS sporting a better image processor, thereby giving more detail in the images. The HD video recording mode is quite good offering better noise control in both indoor and outdoor conditions over the SX220HS. Quite feature-rich for the newbies as well as amateur users. We just felt the pricing at Rs. 19,995 was a bit on the higher side despite the free 4GB SD card. Makes for an ideal purchase if you are looking for a good travel zoom on the market, provided the pricing comes down.

Last month Canon announced a refresh of its Powershot series of cameras. The Powershot SX240HS is the one we got our hands on recently. It is an upgraded version of the popular compact travel zoom camera - the Powershot SX220HS. The higher end travel zoom, i.e., the Powershot SX230HS has been replaced by SX260 HS. Basic difference between the SX 240HS and SX260HS being that the latter has a GPS unit onboard.

Design and Features:
On first glance, the Powershot SX240HS looks very similar to its predecessor the SX220HS and also sports the same 12.1MP backside illuminated CMOS sensor. But there are some incremental changes under the hood. For starters, the SX240HS sports the latest DIGIC 4 image processor, the optical zoom has been bumped up from 14x to 20x zoom and finally there are around four IS modes.

Build quality is quite sturdy despite it being a plastic body. On the front face of the camera you have a finger grip whereas the thumb rest is missing on the rear side. But you still get a good grip as the camera fits snugly in your palms. On the top you have the shutter button which is surrounded by the zoom lever. Beside this you have the power button. On the left hand side is the pop-up flash which still pops up everytime you turn on the camera which is annoying.

The mode-dial has an extra option called Live mode where as the rest of the layout is very similar to the SX 220HS. It can be rotated with a single thumb also but will require some additional pressure and you will not miss-rotate the dial as your thumb rests around this spot for the simple reason that the mode locking mechanism on the dial is quite strong. The four functional buttons around the navigational pad have a good feedback and the circular dial around the navigation pad rotates quite smoothly.

The 3-inch 461,000 dot LCD screen is the same as the one seen on the SX220HS. The user interface hasn’t changed at all for someone who is familiar with the previous generation Canon cameras. Just press the Func. Set button in the centre of the navpad to bring up the contextual options. The Menu allows you the option to set the AF modes, IS settings, Flash settings among others. 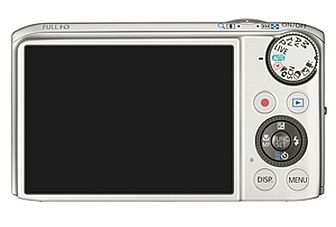 Performance:
ISO Test: As can be seen from the images above, the detailing in the overall scene is quite good upto ISO 800, although one does notice a slight bit of noise at ISO 800 at 100 per cent crop, the image is still usable.

Base ISO performance is very good. At ISO 1600 you can clearly see the unwanted noise in the image.

When compared with the SX220HS, we noted that the performance at ISO800 was better for SX 240HS than SX220HS.

Sharpness Test: Except for the black thread, the detailing in the other threads was very good. The camera is able to resolve the fine threads quite well. Even with the sound card, the ICs and chips are clearly visible even at ISO 400.

Video performance: We were quite impressed with the video performance of the camera specially indoors. While the SX 220HS had some noise issues indoors, the SX240HS supresses that quite well. While zooming in on the subjects, we did notice the camera hunting for focus for some seconds, before locking on to it. Outdoor shooting was very good, there were no noise issues. Even while panning the blurring or framing is well controlled.

Aperture Test: We tried out all the aperture openings from f/3.5 all the way to f/8.0. As is evident, the maximum aperture opening of f/3.5 does not give a great bokeh, but is able to easily make the subject in the foreground stand out.

Low Light performance: There are a couple of low light modes. We liked the handheld night mode which takes a series of three shots and then stitches them together to give one image. The low light mode shoots up the ISO to high levels thereby giving you a photo that is patchy with noise in many parts.

Filters: The various filter modes are fun additions with options to tweak each filter as well. The autofocus on the camera was quite decent as far as compact cameras go. It rarely hunted for focus in the continuous mode. Manual focussing is disabled in the Macro mode, so there the AF tends to hunt for focus.

Check out our Filter test shots below:

Check out our Flash test shots below:

Verdict
Canon Powershot SX240HS is a wonderful travel zoom camera offering 20x optical zoom. It’s quite an improvement over the SX220HS sporting a better image processor, thereby giving more detail in the images. The HD video recording mode is quite good offering better noise control in both indoor and outdoor conditions over the SX220HS. Quite feature-rich for the newbies as well as amateur users. We just felt the pricing at Rs. 19,995 was a bit on the higher side despite the free 4GB SD card. Makes for an ideal purchase if you are looking for a good travel zoom on the market, provided the pricing comes down.