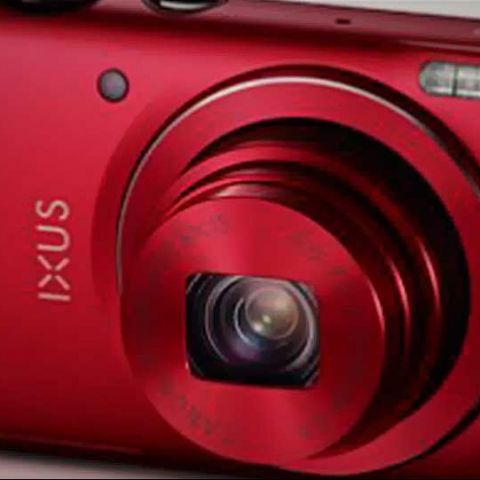 The IXUS 140 HS at its modest price tag also snags the award for being the slimmest camera with an optical 8x zoom. The camera does come with a plastic build, but it feels rather good quality. The small 1/2.3-inch sensor does botch the details, which you will notice if you view your images at 100%, but for small prints and web view, the quality is absolutely fine. The small toggle switch to go between auto mode and program mode is a little shaky, and the lack of proper PASM modes is a little disappointing. However, if you are looking for a no-hassle camera that you can literally just point and shoot.

The Canon IXUS 140 HS happens to be the slimmest 8x optical zoom (28-224mm f/3.2-6.9) camera in the world, or so Canon claims. Armed with a 16 megapixel sensor and a Digic 4 processor, the IXUS 140 HS does seem to hold promise, especially seeing just how slim it is. But, does Canon skimp out on important features just to be able to reduce on the cost and form factor? We find out.

Build and Ergonomics
From the minute you take the camera out of the box, you notice just how incredibly slim it is. If the camera were to be given a human analogy, then we’d say it looks “sickly thin.” In camera world, that’s great though. The IXUS 140 HS is slim enough to slip into most pockets and depending on how big your pockets are, it could even give your cellphone company (though we do not recommend letting the two share the same space). The camera is incredibly light as well, thanks to its all plastic construction, which does not feel flimsy at all. The only part we had a problem with was the battery door, which relies on a hinge that we felt was the weak spot.

The camera has a very flat design, meaning it doesn’t have any thumb rests or an indented grip for your fingers on the grip. That is okay though, seeing as most people will use the “ping-grip” to hold the camera (pinching the camera between the thumb and the index finger). The camera has a generously sized shutter button, which is accompanied by the zoom toggle and a decently sized power button. These are the only occupants on the top side of the camera.

The backside of the IXUS 140 HS HS has a physical switch for toggling between Auto and Program shooting modes (these are the only two options), a dedicated compose button, a playback button, a menu button and a 4 way circle that gives you access to several other options. One thing we noticed while using this cameras was that the delete button has been removed from the back. If you want to delete a photo, you must first go into playback mode and then access the menu where you will find the delete option. The lack of a direct delete button is rather frustrating, as it has increased the number of steps needed to delete a photo.

The buttons on the back are quite sturdy, but we feel the toggle switch for the Auto and Program modes to be slightly questionable. The buttons on the back require a slightly stronger push simply because they are a little sunken into the body of the camera. This can work both in favour and against the camera since it will prevent accidental pushes of the buttons, causing unwanted changes, but on the other hand, it also means you might push the button and nothing will happen (because you didn’t push it hard enough).

Features
Just because the IXUS 140 HS is priced relatively cheap, doesn’t mean Canon’s skimped on the feature set. For starters, it’s got 32 scene modes that should cover pretty much any and every shooting condition you might land yourself in. If the auto scene modes weren’t enough, Canon’s also giving you several creative modes like Fish-eye Effect, Super Vivid, retro Poster and Toy Camera Effects or Monochrome. Miniature Effect makes scenes in stills or movies look like miniature scale models. In our opinion, the creative modes are more of a gimmick, but they do work well, though we don’t see you using them ever so often.

All the features on the IXUS 140 HS are all powered by a DIGIV4 image processing chip which also allows the camera to lock focus very quickly.

Performance
The IXUS 140 HS is a point and shoot with a very slim profile and wouldn’t cost you a fortune. Issues like these can make one feel that the camera might under-deliver, so we ventured out on the streets to see just how well (or otherwise) it does. Now before we make comments on the image quality, there is one thing we need to make clear. Most point and shoot cameras use a tiny sensor, compared to DSLRs or Mirrorless cameras or even the advanced point and shoots. Expecting DSLR like quality from a camera that costs a fraction of the price is unrealistic. So our measurement metrics of point and shoot cameras are slightly different.

We will first look at just how responsive the camera is. When you’re out and about, on vacation or at a (birthday) party and you notice a moment, you want your camera to be able to answer to that call. The IXUS 140 HS is able to go from off to on and onto taking its first shot all under a second and a half. This is obviously applicable to when you are shooting in decent light. When shooting in low light situations, the AF switches to using the AF assist beam, which slows down the AF performance ever so slightly. The IXUS 140 HS managed to lock focus almost always, but was able to focus only on subjects within a 10 feet distance in low light.

When judging the image quality of the JPG files we discourage 100% crops because all point and shoot cameras have not only small sensors, but also tend to implement some aggressive noise reduction algorithms. In any case, you’re probably shooting to put up images on popular social networking sites and even if you do print them, we doubt you’d go over 5x7 inches. Keeping that in mind, the IXUS 140 HS delivers rather good images, straight out of the camera. The greens seemed a little mute initially, but the IXUS 140 HS allows you to choose amongst four colour modes, including a custom setting where you can dial in your ideal colour and contrast tones.

Verdict
The IXUS 140 HS costs all of Rs. 12,495 and with that price tag, also snags the award for being the slimmest camera with an optical 8x zoom. The camera does come with a plastic build, but it feels rather good quality. The small 1/2.3-inch sensor does botch the details, which you will notice if you view your images at 100%, but for small prints and web view, the quality is absolutely fine. The small toggle switch to go between auto mode and program mode is a little shaky, and the lack of proper PASM modes is a little disappointing. However, if you are looking for a no-hassle camera that you can literally just point and shoot.