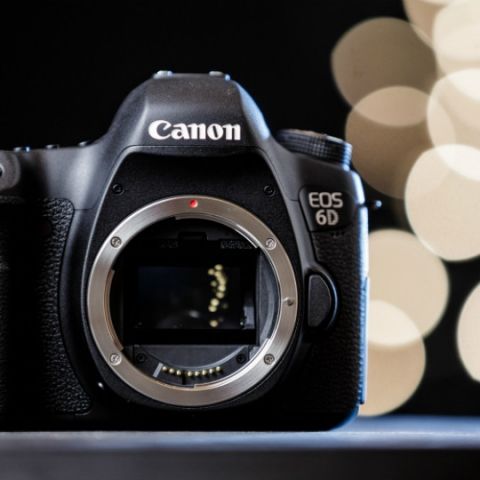 After Nikon introduced their "budget full frame DSLR", the Nikon D600, Canon promptly followed suite by announcing the Canon 6D, their much cheaper full frame alternative. The camera, however, received some underwhelming response as it looked inferior to not just the existing Canon cameras (even the APS-C ones), but Nikon's as well. However, we've learnt from experience that specs aren't everything, so we put the Canon 6D to the test to see whether it lives up to the full-frame moniker and price tag.

The Canon 6D is the “cheaper” full-frame offering from the company, bringing the number of full frame cameras the company offers to three. The 6D is at the bottom of the rung, with the Canon 5D MarkIII in second spot and the Canon 1Dx at the very top. This hierarchy applies at least in terms of price and the overall specifications and performance offered. But just because the camera is at the bottom, does it make it a bad camera? We find out.

Build and Ergonomics
The minute you pick up the 6D, you realize there is something different about it. It is an incredibly light camera, partly due to the fact that the top place on the body is made of plastic. This was done to allow the GPS and Wi-Fi module to operate without any signal interference, which would have been prevalent had the Canon 6D retained the magnesium alloy top-plate. Moving past the weight, what struck us almost immediately was the resemblance the 6D bears to the 60D, sans the flip-out screen.

In our use of the 6D, we often felt that the camera was a full-frame version of the 60D, but augmented by the latest ergonomics Canon has managed to improve upon. It has the simple “on/off” toggle under the mode dial, a convenient Q button to provide quick access to most of the camera settings and also the super handy mode dial. The back has a jog dial that also doubles up as an 8-way button to move the AF points. We much preferred the little joystick Canon has in the 5D MarkIII next to the video start/stop button, which is far easier to reach with the thumb than this jog dial. Canon’s also chosen to place the Depth of Field preview button on the lens mount underside the lens, and it’s a tiny round button, unlike the one on the 5D MarkIII which is as big as the lens release and is extremely convenient to reach.

The top of the EOS 6D includes the shutter release button, the AF, ISO, and metering buttons along with the vertical dial to change settings. Canon has the placements of these buttons nailed down almost perfectly, which is why we haven’t seen their placement change from the days of the Canon 10D. Overall, accessing settings was pretty easy, save for the part where we wanted to move the AF points. The lack of the joystick really shows if that was your primary method of moving the AF points around.

Features
The Canon EOS 6D is a watered-down camera, there is no doubt about it. It’s how costs are cut and Canon realized that. However, they didn’t want people to feel short-changed, so the company did put some very neat set of features into the camera.

For starters, there’s a newly designed 20.2 megapixel sensor coupled up with the Digic 5 image processor. This is the same image processing chip found in the higher end 5D MarkIII and even the 1Dx. So that’s quality assured, but interestingly the 6D is capable of only 4.3 frames per second burst mode for up to 15 RAW files. The Canon 5D MarkIII on the other hand can do 6 frames per second despite the higher pixel count. It seems like the lower burst rate on the 6D could be more of a firmware limitation than an actual hardware issue, which doesn’t really sit with us very well.

Something that Canon is offering in the 6D that no other full frame does is a built-in Wi-Fi and GPS chip. The Wi-Fi module isn’t just able to grab onto an existing network, but if you’re out in the field, without a router handy, the 6D can create a hotspot of its own to transfer images from the camera and onto your iOS or Android smartphone or tablet. This is extremely handy if you’re on a location shoot and need the images transferred over to an edit machine right away, without putting the entire shoot on hold. Of course, the files transferred over Wi-Fi are JPEG only, so that’s a minor trade off. The GPS module is also built-in, meaning you don’t have to buy an extra dongle for location tagging your photos, if you’re into that sort of thing.

The Canon 6D also inherits from the 5D MarkIII its silent shutter, which isn’t an absolute quite shutter like the one in the Fujifilm X100s, but it’s still quite enough to shoot a theatre performance. The burst mode on the silent shutter mode is also limited to just 3 frames per second, but that has something more to do with the mechanics of the process, rather than a software thing.

The one thing it noticeably lacks is the option for a secondary memory card slot. While every other full-frame DSLR offers two memory card slots, including the D600, which offers two SD card slots. Once would expect that a camera that qualifies to be in the professional segment would have this facility, but it was a little surprising to find a single SD card slot under the sliding door of the EOS 6D.

Performance
One of the most bittersweet features of the Canon EOS 6D happens to be its AF system. The 6D has an 11-point AF system of which only the centre point is cross type. That’s the bitter part. The sweet is that the centre AF point also has an AF sensitivity that can go all the way down to -3eV. That’s the sweet part as no other full frame DSLR has this kind of sensitivity. In our use of the 6D with the supplied 24-74 f/4 L IS, we found the centre point of the 6D to be quite amazing. It locked focus on the intended subject almost every single time, save for the times when we put it through extremely low levels of illumination (white pillow lit by a candle from the far end of the room).

The peripheral AF points of the EOS 6D, unfortunately, left us wanting a whole lot more. Since they are not cross type, they couldn’t be used for tracking a moving subject. The points also didn’t do much in low light, which was even more disappointing seeing how the centre point could lock focus in near impossible conditions. What this essentially means is that if you want spot on focussing, you will mostly be relying on the centre point, at least in low light. The other shortcoming of the AF system in the 6D happens to be how condensed it is towards the centre. The AF module doesn’t cover a lot of the frame, which is again a let-down. We couldn’t help but feel that we did get short-changed on specs when it comes to the autofocus system. Besides the -3eV sensitivity, the AF system has nothing going for it. The 7D, in this regard, has an overall much better AF module.

The imaging aspect of the 6D is just as good as one would expect from not just a full-frame camera, but also from a camera with the Canon brand name slapped on it. The camera displays an excellent dynamic range, which we’re tempted to say is slight higher than that of the 5D MarkIII even. While the camera doesn’t’ work wonders with highlights, what it does do well is retain details in the shadow areas rather well. We were able to push details in the shadows by up to two stops, which is quite impressive by any standards. The auto white balance on the camera does tend to falter under incandescent lighting, but if you’re shooting RAW, fixing the colours should be incredibly easy, whether you are suing Lightroom or Canon’s Digital Photo Professional.

To sum up the image quality of the Canon EOS 6D, let us assure you this is every bit the full-frame quality one would expect. It matches the performance of the 5D MarkIII in almost every way aspect of image quality. It does lose out to the elder sibling as far as video goes, partly in due to the lack of an audio jack for monitoring audio levels and partly due to the lack of uncompressed video output. Then there is the issue of moiré that seems to crop up when shooting horizontal lines. If you’re looking for a camera to fulfil some serious video needs, we recommend that you consider the 5D MarkIII instead, or the Nikon D600.

Conclusion
The purpose of a camera is to take great photos and make the job of doing so easy and comfortable. The EOS 6D is ergonomically amazing, save for the missing thumb stick for toggling focus points. Using the jog dial is just uncomfortable. The Wi-Fi and GPS chips work great, but are murderous on the battery life. The feature requires constant moderation. The AF system has an unprecedented level of sensitivity, especially in low light, but that is limited to the singular cross type AF point, the one in the centre. If you’re shooting in low light, or trying to track an athlete running, the peripheral focus points are pretty much no good. Not to mention the entire 11 AF points cover a very minimal area of the frame. Everything about the Canon EOS 6D is bitter-sweet, except for the image quality. The images out of the 6D are absolutely stunning and there is no two ways about it. Unfortunately, the Canon 6D does leave a lot more to be desired in other arenas. How else would Canon sell a 6D MarkII (if and when it comes out)?

Visit page two for a complete list of specifications.