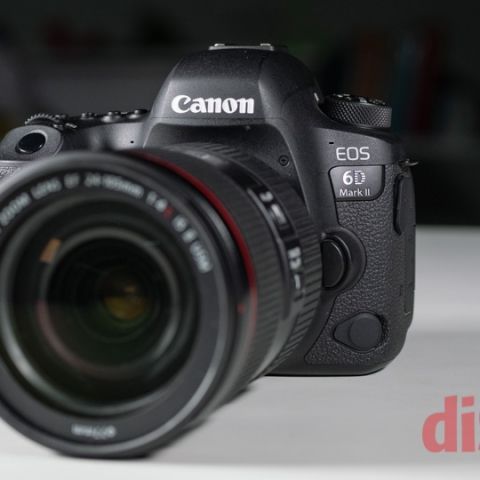 The Canon 6D MarkII is a great entry-level full-frame camera for anyone who is either looking to be able to shoot great photos, or wants to step into the world of professional photography. It even offers impressive video features, but in the world of mirrorless cameras, loses some points due to its bulk and weight.

Full-frame cameras used to once be a commodity reserved for the serious professional due to the significantly high price tag associated with them. However, as photography continues to become a more wide-spread hobby, passion and potential career choices, cameras have been getting cheaper. The influx of Sony’s mirrorless full-frame cameras has particularly been driving up the competition for legacy brands like Canon, facilitating the need for a “budget-friendly” full-frame DSLR. The Canon 6D was a surprise from Canon a few years ago, significantly lowering the entry-point into the world of Full-Frame DSLRs. A few years ago I had reviewed the 6D and now having returned to Digit after a hiatus of a few years, I ended up reviewing the Cano 6D MarkII. I had plenty beef with the original 6D, so here’s how things have changed over the years.

Build and Ergonomics
Canon’s consistency with product design is quite amazing. With 5 years between the two cameras, the changes in the body’s design are minimal. The body has shed 5 grams of weight (body-only weight) which is further helped by the fact that the new 24-105mm L IS USM II lens is also significantly lighter than its predecessor. In terms of the overall dimensions, they remain mostly unchanged. From its predecessor, the Canon 6D MarkII does seem to have a slightly deeper grip, but this could be more anecdotal than anything else, since it has been over a year since I held the original 6D in my hands. Regardless, the grip and feeling of holding a DSLR is unparalleled and as such, the 6D MarkII feels very well balanced as a camera. 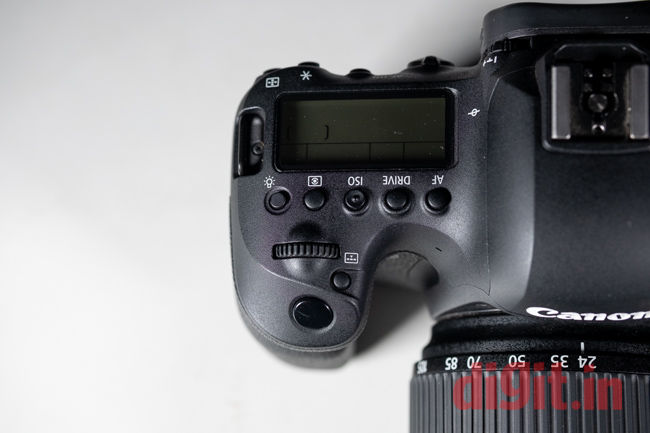 What has changed this time around is that the top part of the body which was constructed out of polycarbonate on the original 6D has now been upgraded to a full magnesium alloy build. Sadly, a traditional jog-stick is still missing (like the one found on the 5D,1D and even the cheaper 7D series of cameras), but this time, the jog dial on the back is multi-directional and can be configured to move the AF points around. Personally, I much prefer the joystick over the jog-dial simply because with the latter, there is some wiggle room for error while that’s not the case with the joy-stick.

Overall, the ergonomics of the 6D MarkII fall well within the norms of a DSLR. What that means is that the camera is easy to grip and hold. The buttons are placed well enough to be easily accessible without having to take your eye off the viewfinder. As convenient as mirrorless cameras may be to carry around, DSLRs still provide the perfect grip for easy and comfortable operation.

Features
The original Canon 6D was the first DSLR at its time to offer built-in GPS and Wi-Fi. Now, these features are more or less standard, so what could Canon do next? Plenty, it would appear. The new Canon 6D MarkII against brings a host of new features with it, the most notable being in-camera HDR video. Unlike the complicated approach to HDR video which requires 10-bit video capture, professional colour profiles and complex editing processes, Canon takes a very consumer-first approach to it. Since the 6D MarkII is capable of shooting 1080p video at 60fps. In HDR mode, the camera shoots two frames near-simultaneously to generate a 1080p video file at 30fps. One frame is captured at the chosen shutter speed and aperture while the second frame is slightly underexposed. The two frames are merged together to make one frame, resulting in HDR video. The photography approach to HDR video is quite ingenious but does come with its own limitations, such as the fact that it is unusable in low light. Secondly, you don’t get any control over the final look of the file. If you’re looking to get into HDR video, it would be better to go with the Panasonic GH5s which can shoot 10-bit video in-camera.

Besides HDR Video, you also get an in-built time-lapse video feature where the camera will do all the work for you. Just select what kind of an output file you’d like, and the camera will shoot and stitch the frames together to output the time-lapse video. Again, a very consumer-centric feature, which is great since this camera is for those who are looking to step up their game. 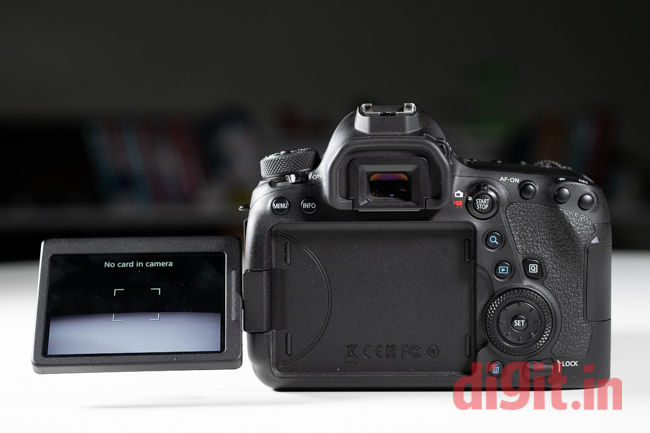 The other really nice addition to the 6D MarkII’s feature set is the fully articulating 3” touchscreen. Canon has really made a very functional touchscreen, replicating a very smartphone-like experience. You can use it as a touch-shutter or even put that STM motor in your lens and just drag your finger around the screen to have the focus motor follow. It works wonderfully and is going to be extremely useful for videographers.

Autofocus
My biggest beef with the Canon 6D was its archaic autofocusing system. With just 11 AF points with 1 cross-type, the 6D left a whole lot to be desired in terms of focusing. The 6D MarkII brings 45 AF points to the game, all cross-type. Augmenting the focusing points in Canon’s Dual Pixel AF which offers significantly improved focusing performance in comparison to regular AF systems. For this review, the Canon 6D MarkII was paired with the stock kit lens (Canon 24-70 f/4 L USMII), a Sigma 24-70 f/2.8 IS and a Sigma 50mm f/1.4 to see what parts of the performance was from the camera and what bits were attributable to the lens. What is immediately evident is that the camera has come a very long way from its predecessor. The focus was able to lock onto subjects even in low light (dimly lit household) with only a little bit of hunting whereas in good light, the performance was as reliable as you would want from a professional camera. Frankly, the AF system is the biggest upgrade to the 6D MarKII, alone making the camera worthy of your consideration.

Performance
The Canon 6D MarkII houses a 26.2 Megapixel sensor, slightly larger than the 24-megapixel silicon found on the 5D Mark 4. There’s been plenty of talk about how the sensor’s dynamic range is at par with its predecessors and not an improvement, but let’s stop for a second and examine just how much DR we’re really talking about here. For starters, you get a little over two whole stops worth of latitude in post-production. The highlights roll-off isn’t as smooth as that on the 5D Mark4, but that has nothing to fault the dynamic range for. 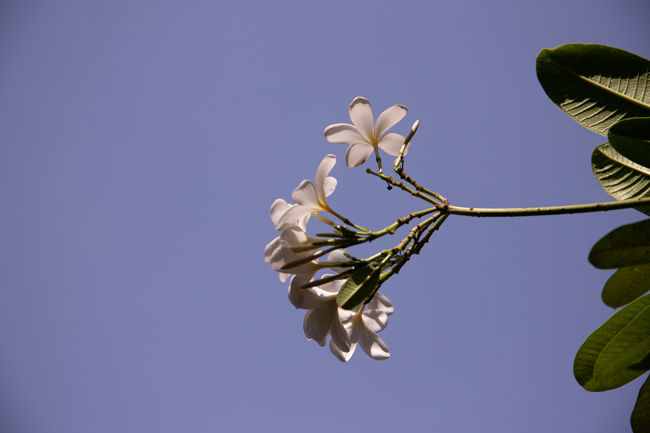 The RAW images out of the Canon 6D MarkII are flat, as all RAW files should be. Edit allows for up to 2.3 stops worth of recovery and grading, which is pretty much what you can expect from a full-frame sensor with this kind of resolution. If Canon had used a 24-megapixel sensor instead of 6, maybe the DR could have been slightly better, but there is nothing to complain about at all. Daytime performance is where the camera shines bright (no pun intended). The autofocus (especially with Canon lenses) is fast and accurate, locking on intended subjects 9 out of 10 times (or better) with incredible consistency.

In low light, the sensor can be pushed all the way to ISO 8000 without having to worry about chroma noise (red-blue dots). The appearance of luma noise (salt-pepper dots) is evident, but nothing a little noise reduction can’t fix. Where you will notice a drop in performance, however, will be the AF. In low light, AF accuracy dropped to 6/10 with the stock Canon lens but was more or less reliable. The Sigma 24-70 was also fairly accurate in locking focus, but did hunt a little bit, and was as fast as Canon’s counterpart. 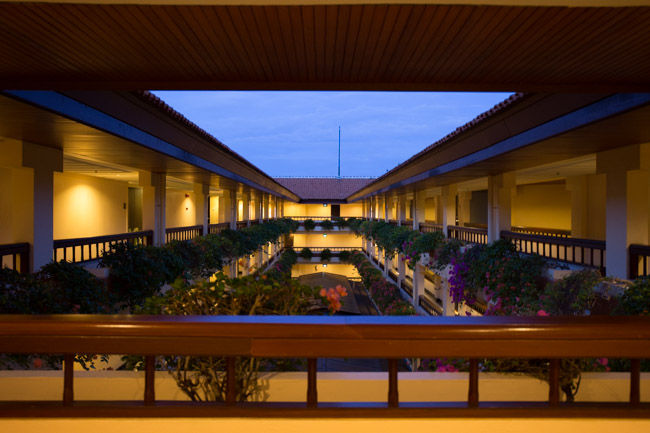 With a reliable AF module and a hefty 26-megapixel sensor, the fastest you can shoot with this camera (with AF Tracking enabled) is roughly 6 frames per second. This is more than adequate if you’re shooting in the studio or even a subject in motion (given you have the right shutter speed) but a sports camera this is not. The AF is not fast enough to track a dog running at full pace, let alone sports and neither does it have the frame-rate. For everything else, the Canon 6D MarkII works.

You can see the full gallery of images from the 6D MarkII here.

If you would like an idea about the ISO performance, here is a test scene shot at various ISOs. 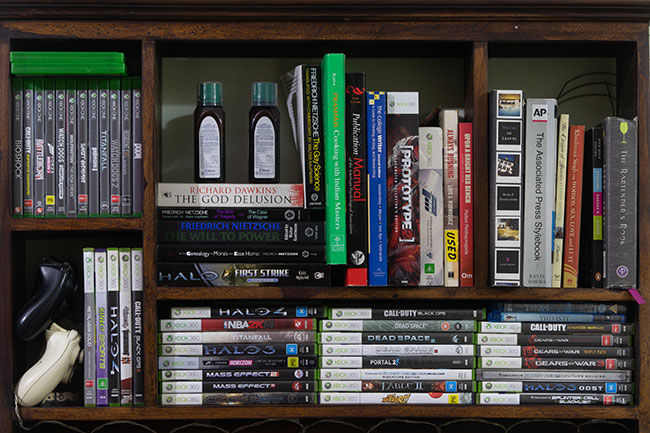 Below are crops of the center portion of the above scene. In case you would like to see high-resolution JPGs of the entire scene, you can go to our Flickr gallery here.

Bottomline
The Canon 6D MarkII is a substantial upgrade from its predecessor that has taken 5 years in the making. However, in the five years, the competition too has been ramping up its portfolio. While Nikon and Canon have always been at each other’s necks, Sony has slowly been creeping up in the mirrorless segment, giving stiff competition to the legacy players. For the price of the Canon 6D MarkII, you can also choose between the Nikon D750, The Sony A7 mk2 and even the new Sony A7 mk3. All four cameras cost more or less the same and come with their own strengths and weaknesses. The Canon 6D MarkII’s strength is its in-built 4K time-lapse feature, the HDR video mode and the fact that you get a camera that produces very versatile images. What does bother about the 6D MarkII is the weight, when you pit it against the much smaller Sony offerings. However, as an entry point full-frame DSLR, the Canon 6D MarkII maintains its strengths and continues to be a solid contender for your money.