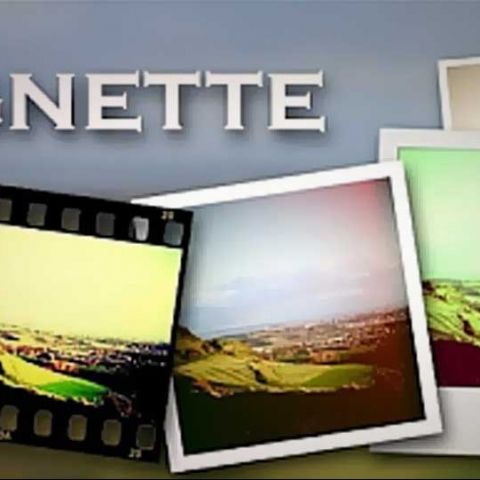 Vignette is arguably one of the best camera replacement apps for Android devices. And after an update, it has actually got a whole lot better.

One of the great joys of using Android is that there are alternatives for just about everything out there. From the theme to the icons, to the SMS app, to the keyboard to just about everything - if it is on Android, it is a fair chance that it can be changed. And this plethora of appy choices is perhaps most visible when it comes to the camera app, which has a number of alternatives - one of the best is Vignette, which recently got an update. And a discount too (for a limited period, albeit).

To start off, Vignette is available for $2.99 from the Google Play store, although it is right now available for $ 0.99, as part of the End of Summer sale. You might think that that is a bit of a stiff price for an app that tips the download scales at less than 200KB (yep, it is that much - very easily downloadable over a GPRS connection). But any doubts you have about the app are likely to vanish the moment you get stuck into it. Vignette comes with a host of effects and frames and you can set them BEFORE you take a shot.

Vignette is an alternative to the default camera app on your Android device and you can set your device to launch it every time you hit the dedicated camera button on your phone (we would advise against it, though - as you will realise later, it ain't exactly perfect yet). Once launched, it takes you straight into the viewfinder mode, but with a subtle change - swiping on the right side will bring up shooting options, while swiping on the left will show you the ones for zooming. 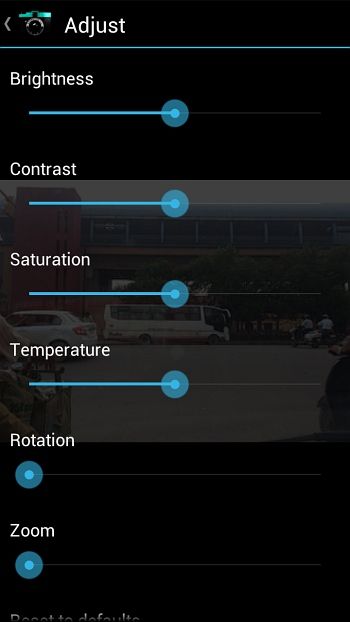 If you don't like the way an effect has come out, you can tweak different parts of it (of course, you can also switch to another effect or remove them altogether).

And it is here that you will see one of the neatest touches of the app. One of the options in the shooting menu will have the name of an effect. The app comes with more than seventy effects and dozens of frames, but what makes them different is the fact that you can actually apply a filter or effect before you take a picture. So you can tweak the settings to specify that you want a polaroid-like effect on the picture you will take and the app will show you the picture, effects and all, the moment after you hit the shutter. Of course, if you do not like the result, you can go right ahead and use some other effect. What's more, the effect will be applied on the full resolution version of the image - no cutting or cropping needed. And the results are often very good indeed. If you don't like them, you can tweak them for brightness, contrast, saturation, and can even crop the image using the zoom option. Of course, you can also head off and get another effect or remove effects altogether. 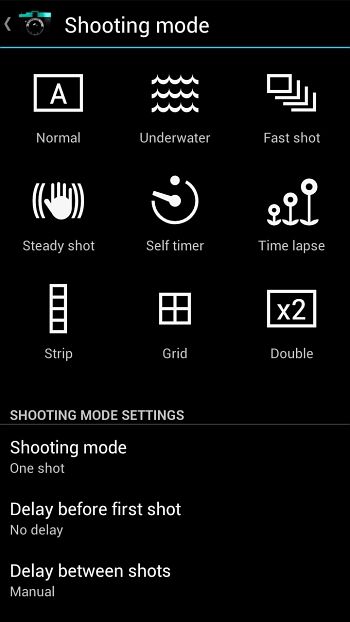 Set an effect and the app will show you the preview of the image with it the moment you take the snap - no need to go to a separate app for adding effects.

That apart, there are a plethora of shooting setting tweaks - there are lots of scene options, options to tweak white balance, exposure and focus distance (yes, Macro mode is there). Shooting modes include normal, underwater, fast shot, steady shot, self-timer, time lapse and a few other options. You can touch the screen to take photographs or even set the volume rocker of your device as the "shutter" button - kind of cool for those whose phones do not come with dedicated camera buttons. And as this is Android, image sharing across various social networks is part of the appy deal. Vignette is a camera replacement app - so you get a plethora of shooting options and settings.

There are a few flaws in the app, however, that prevented us from making it our default camera app for all functions. The most glaring is the fact that whenever you take a picture, it insists on showing you its preview and then does not let you return to shooting mode, until you choose to save it or discard it. This can be pretty annoying when you want to take a few quick shots to see which one works out best. Of course, this can be circumvented by going into multi-shot mode (which is available) but really, it would have been a whole lot simpler if a swipe or a press of the camera button could get us back to shooting mode. Adding effects to existing images not taken using Vignette can also take a bit of time, as the app imports them from other albums. The fact that the app takes a bit of time to generate the preview (well, it does need to apply the effects) shot and can seem occasionally sluggish does not help its cause. 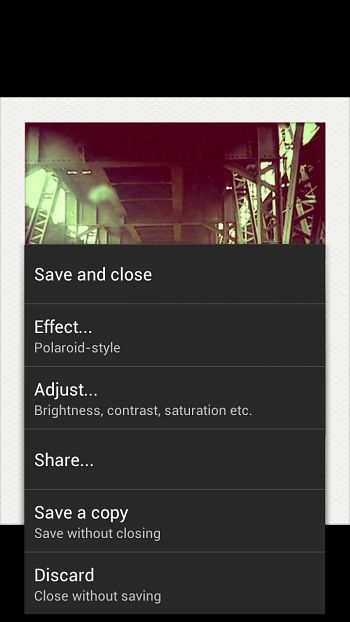 Once you have your image, you can edit it, share it, tweak it, or discard it. The problem is that unless you are in multi-shot mode, you have to choose one of these before you can take the next picture!

Still, all said and done, it cannot be denied that Vignette is one of the best camera apps we have seen for Android, and certainly the one that blends the world of effects, shooting, and editing options best. If you want a stylish looking shot out of the box with minimum fuss and without messing with different apps, then this is the app for you. We would have recommended it at its normal price of $2.99 - at $0.99, it is pretty much a must-download for all those who click on their Androids. 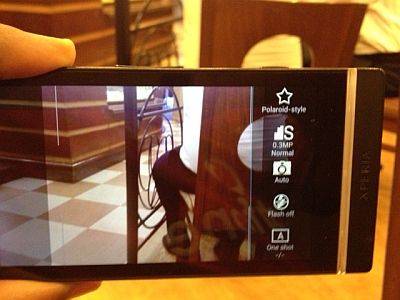 When in shooting mode, a swipe on left will reveal different shooting options.

(Note: Vignette was one of our Seven Apps to Grab in the Google End of Summer Sale. You can read about the others at here.)