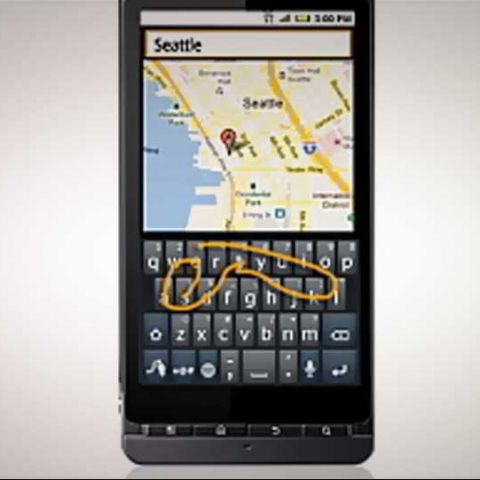 Slide to type specialists Swype bring a hefty update to their Android avatar. On the anvil are lots of goodies, including learning from your social networks, and support for voice commands and handwriting. And it does not half work, take our word for it.

They say there are two types of touchscreen device users - those who think that typing on an onscreen keyboard is a pain, and those who use Swype. Ever since it surfaced a few years ago, Swype has been making waves with its easy to use typing interface which lets you enter words into fields by sliding your finger across letters on onscreen keyboards, rather than tapping on them.

Swype is most popular on the Android platform, where it comes preinstalled on a number of devices, most notably Samsung’s iconic Galaxy S series. Not too many were surprised when Nuance acquired Swype late last year. Unlike some companies, however, which stifle those they acquire, it has not hindered the development of Swype, as can be seen from the release of its new avatar for Android.

The latest version of Swype can be downloaded to Android phones by registering at the Swype website and downloading Swype Beta. The process is two pronged - you first download the Swype installer (a link to which is sent via e-mail to your phone), which then downloads Swype Beta to your phone. No, the downloads are not hefty, and the installation is smooth. Once installed, you just need to head to the Language and Input section of the Settings menu and select Swype Beta in Keyboard and Input Methods. We had no version of Swype pre-installed on our Sony Xperia S, but evidently, even if your device has Swype preinstalled, the new Swype Beta will not replace it, but will appear as an option alongside it. 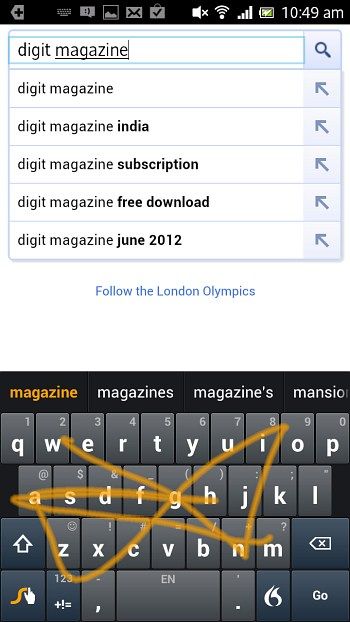 The difference between the new Swype and its predecessor become evident from the moment you start using the app. The key arrangement is more compact, and well Swype works just as well as ever for your normal tasks. However, hit the Swype icon on the left corner of the keyboard and you start seeing what changes have been made under that sleeker looking UI. The most significant is Swype Connect, which now lets Swype “learn” words and names from your Facebook, Twitter and Gmail accounts as well as your text messages. So all your improvised abbreviations now go into the dictionary automatically, and pop up as predictive text options when you are typing or Swyping.

Speaking of typing and Swyping, while you can do either on Swype, there are a couple of new options too. With Dragon Go!, you just need to hit a button on the keyboard and speak a word for it to be entered into the data field, and if even that isn’t enough, there is also support for handwriting recognition - you get a panel in which you write the letters you want to enter and the software keeps converting them into text. 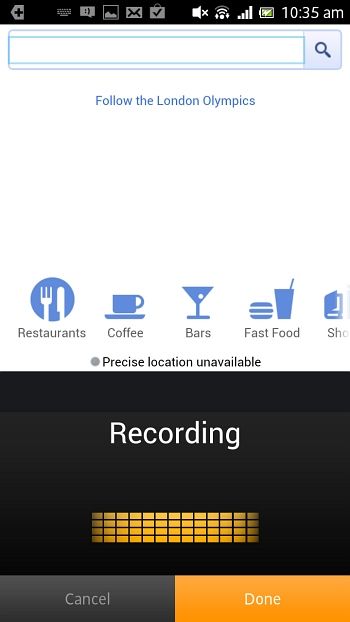 And to type now, you just have to speak...just stick to English words and enunciate clearly.

So, the new Swype supports regular keyboards, Swyped keyboards, voice commands and handwriting, and the usual suspects like auto capitalisation and automatic spacing (whenever you lift you finger while Swyping) are still there. Throw in things like “next word prediction” where the app tries to anticipate the next word you are going to type and “detect end of speech” for spoken commands, and we must confess that we were feeling a tad overwhelmed at what Swype Beta had to offer.

Which is not exactly how we felt when we actually got down to using the app. For all its claims about learning from Facebook and Twitter, Swype took quite some time to get my own name right (I kept getting “British” whenever I Swyped “Nimish”) and both voice and handwriting commands worked well for general terms but were not too great if one ventured into less-familiar land - Hinglish words were definitely a problem (as are accents - no getting around that). 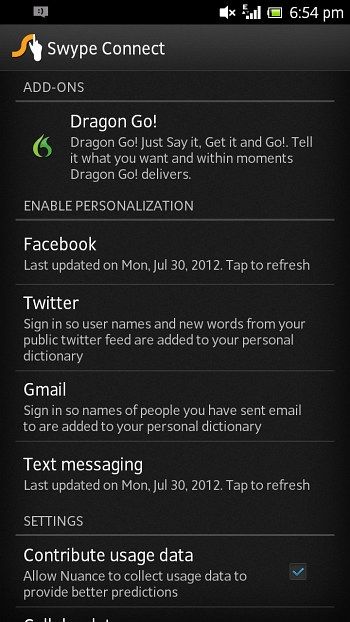 With Swype Connect, the app can now add names and words from your Facebook, Gmail and Twitter accounts too. Handy.

We have been using the app for about three days on our Sony Xperia S and there are terms and names that the software refuses to include in its dictionary. There is also the odd stutter and crash, although we have come to expect that in Betas. But still, all said and done, we have to admit that entering information was never this easy on a touchscreen device. The sheer versatility of the app is amazing, and we love the way we can switch from one input method to another from the bottom row of the keyboard, once these have been enabled.

All of which makes Swype Beta pretty much a must-download for all those possessing Android devices. No, the beta is not compatible with all Android devices, but it is well worth an app. Which brings us to our favourite moan - why on Earth cannot we get it as an app on the Google Play store? We would be willing to pay for it and we do know a few frustrated onscreen keyboard users who would even shed blood for it!

Get it from: http://beta.Swype.com/
Price: Free 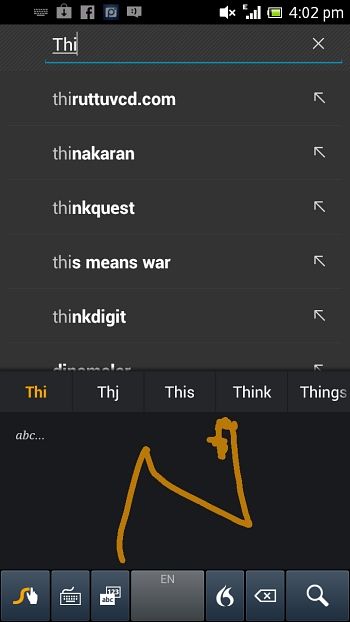