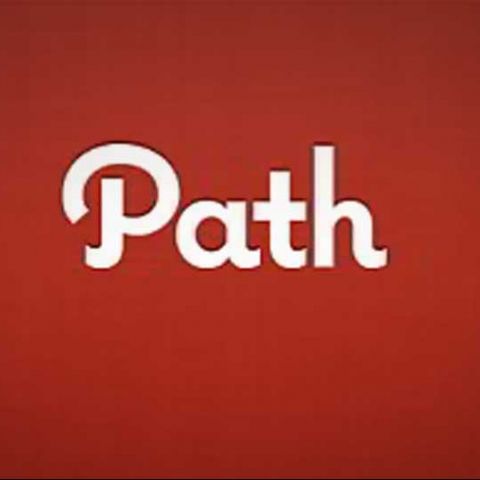 Oh dear, not another social network! But hang on one second. Path brings along a neater interface, keeps it relatively simple, and connects seamlessly with Facebook, Foursquare, Twitter and Tumblr for all your posts. This could possibly be your point of app for all social networking and check-in needs.

Holy cow! Yet another social network…Before you say anything about having to deal with too many social networks already, let us just start off by saying – the Path app is simple, and aims to remain that way.

Look & Feel
This is the very first step in the process of being simple, while looking good. Tap open the app and you see a splash screen momentarily. Once the app is loaded, you will see the timeline. On the top is your lead picture, and your profile picture in a much smaller size. Somewhere around there is the manual refresh button. The timeline starts below that, and is quite appealing visually. Within the small display on a smartphone, you do get the feeling that quite a bit if info has been packed in.

Throughout the timeline, the picture of the person posting accompanies the thought / info, but interestingly, every post has a unique indication next to it. For example, if you are just letting the world know what you are listening to, it would be marked with an icon of a musical note. This theme carries on for basic text updates, location check-ins etc.

When Path first started off, it was supposed to be a photograph and video journal. And that theme is very much evident, while the service has evolved into a bit of this and a bit of that - clearly influenced by Facebook and Foursquare along the way.

For those finicky users who will not be happy unless the interface of an app is absolutely perfect, this one pretty much does that. Font styles and sizes are sufficient for clear readability even on the smallest screen. Images posted on the timeline are big enough on the first instance, negating the need to even open them in most cases. Facebook, are you listening!

Features & Performance
It is technically just another social network, and how much more different can it be from the ones you have used till now. Clearly, the developers realized the same and decided to build on what was popular, by combining the good bits of multiple networks. We can see shades of Facebook and Foursquare for most features - posts, updates, location based services etc. Additionally, Path also lets you post the same update on Facebook, Twitter, Tumblr and check-in simultaneously on Foursquare.

Scroll down on your timeline, and a little clock keeps popping up to show you what time that update went Live.

Weirdly, we noticed that the same check-in will show up twice on your Foursquare timeline, if you have checked-in via Path. Maybe that is something Foursquare could work on, because it seems at the moment that FS is also checking in the same update once the ping comes in from Path.

During testing and using this app, we noticed that the service would sometimes show up the “unable to connect” error. This would usually go away a couple of seconds later, and only once did we face this error message persistently.

Uploading an update on Path is incredibly simple. You see the sign on the bottom left corner of the home screen. Press on that, and a branch of options spread out - text update, picture upload, what you are listening to and location check-in. Before posting the update, you can add the location and tag people as well.

Instead of likes, you can stamp a smiley on someone’s status update - and a variety of smileys to choose from, while you are at it!

Uploading a picture lets you choose between gallery or click a new image. The latter opens up the camera from within the app, and post clicking, there are a handful of filters for tweaking. No Instragram type of tweaking options, but works well.

Telling the world what track you are listening to at the moment is immense fun, surely. But the only limitation is that you have to select from Path’s database of tracks, and quite a few are missing.

Ever since the version 2.0 update , the friends’ list limit has been increased to 150, from 50 earlier. The idea seems to be to have a network of your close and select friends, unlike FB, where that idea isn’t relevant anymore.

Our Take
We are very impressed with this social network, mostly because it keeps it simple. And isn’t isolated in itself, by linking up seamlessly with the other popular ones as well. This is probably the one reason why we bothered checking it out in the first place. Try it out. This one deserves a smiley, just for the effort. And another smiley for the simplicity of it all! Deserves a download, we say.