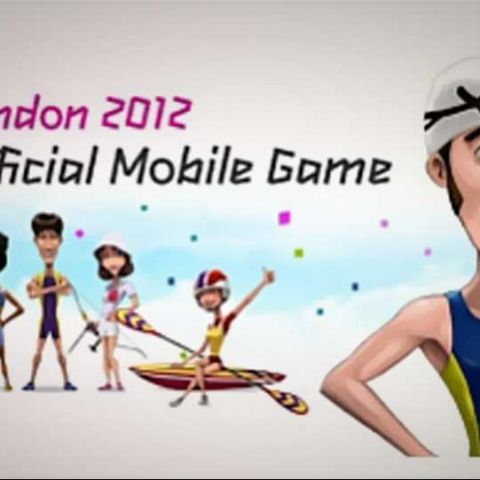 The Summer Olympics get underway in London. And for once, the Games have a game (pun intended) that is worthy of bearing their name. Its lengthy name notwithstanding, London 2012: Official Mobile Game delivers the best Olympic gaming experience we have seen on a mobile device. If that does not make it a must-download, we need a new dictionary.

Official game representations of real world sporting events generally tend to be dull affairs. Yes, you do tend to get the official names (and sponsors) and authentic venues but when it comes to gameplay, they tend to stick to the tried and tested, steering clear of innovation and entertainment. Therefore, it would be incorrect to say that we had expectations of Dickensian dimensions when we heard about the official mobile game for the 2012 Olympics. We were hoping for a title that would have a few Olympic events, a few celebrity names and would let us while away a few minutes of our time while cashing in on Olympic goodwill and brand equity.

After half an hour of playing the game on the new iPad, we realised how wrong we were.

For the London 2012: Official Mobile Game (couldn’t they just have called it The 2012 Olympics?) is a truckload of fun. We have been playing it for a few days on our new iPad (read our review) and Xperia S (read our review), and can confess to being gladly hooked to it. There are two versions of it - free and paid. Fortunately, the free version lacks for nothing in terms of gameplay (yes, there are a few benefits that the paid version gives you, but more of that later).

You start out by creating a character (yes, you can mess around with clothing, hairstyles, etc.), and allotting them certain basic abilities - you can choose from Strength, Balance, Agility, Flexibility and Mentality (sic). Based on which ability you pick, you will be allowed to participate in certain events. The game covers a total of nine events across five sports - athletics (100 metres, 110 metres hurdles, triple jump and pole vault), swimming (100 metres freestyle, 100 metres butterfly), kayaking, shooting (double trap) and archery. So, if you pick strength, you will be allowed to do the sprints and swimming, if you go for balance, you get the pole vault, and so on.

The real fun however starts when you get into the events themselves. The developers could have taken the tried and tested method of using onscreen d-pads and buttons for gameplay but they have instead taken a leap of faith and made almost all the events largely gesture-based - so to sprint on the track, you tap your fingers on the screen as fast as you can without both fingers touching the screen at the same time (if they do, your athlete takes a toss or stumbles); to swim, you slide your fingers up and down the screen; to shoot, you tilt your device to get the target in focus, and so on. It is terribly addictive, simple (hey, no keystrokes to remember) and as none of the events are actually of a long duration – we cannot imagine ourselves tapping the screen for two hours to finish a marathon! – the game is perfect for short bursts of action.

There are three modes – training, challenge and Olympics. The training mode lets you practice and improve your skills, the challenge mode gives you a target to achieve and the Olympics mode – well, that is the real competition itself, although that too has three levels (regional, national and Olympics). You keep getting stars depending on your performance and unlock new games and levels. The catch? Well, every time you compete you use stamina and once you are out of it, you have no option but to stop for a while and wait for it to replenish. And, here is where the in-app purchase system comes in - you can purchase stars and stamina, and also clothing and equipment as well as special items that boost the growth of your athlete. We are not huge fans of the in-app purchase system in any game and its implementation here does nothing to change our minds in this regard. Our advice – play this game in short, one hour bursts and do not get too worried about special items. You will have a truckload of fun.

The graphics are decent - the stress has been to make them look more cartoon-ish than life-like and we really approve. The game played best on the new iPad and for the most part, did well on the Xperia S as well, although it stuttered at times (turn notifications off totally while playing it on any Android device if you want minimum lags.) And yes, we do think this is an app made more for large screen devices than for those with smaller ones - you need space to slide them fingers and to tap, although tilting the device for jumping or for that extra burst of speed is easier on handsets than on tablets.

The Olympic Games finally have a mobile avatar that is worth playing. Yes, we would have wanted more sports (imagine spinning your device in your hands to do somersaults in gymnastics) and we would have loved it if the premium version had totally done away with in-app purchases. But even with those limitations, we recommend it whole-heartedly for all those who love the Olympics. Our tip: buy the free version!

Get it from: iTunes App Store here, and Google Play store here.