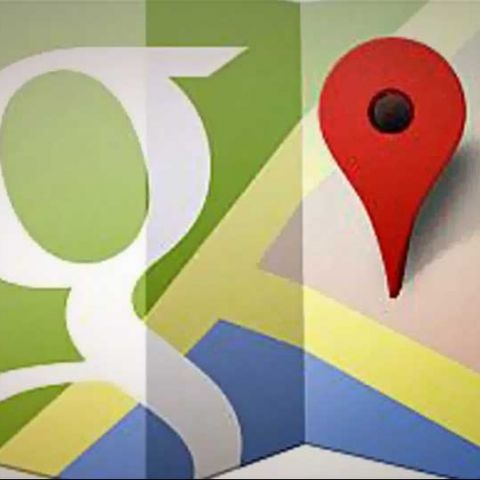 Well, at least the Australians received some results when doing a search! Here in New Delhi, the capital of India, Apple Maps refuses to pick up any popular places and landmarks, so much so that a search for “Delhi,” it would continually bring us to some obscure location in California with the same name. With a major cross country road-trip coming up, the very first thing we did was downgrade back to iOS 5.1 (perks of being jailbroken) to get our precious Google Maps back, which has successfully even navigated us out of jungles. Apple Maps are bad has been substantiated by the fact that Tim Cook has issued a public apology, people have been fired from Apple and websites with screenshots of clearly messed up directions have popped up all over the place.

There were rumours that Google was working on pushing out a dedicated Maps app for iOS 6, just like it had with the YouTube app, but there was no definitive timeline. The jailbreak community started working on what seemed to be a promising method of porting the iOS 5 version of Google Maps to iOS 6, but before any significant progress could be made, Google’s Map app made its way to the App Store. We downloaded the app the minute it was out and ran it through a bunch of tests, comparing it with the Apple Maps on iOS 6 and the iOS 5 version of Google Maps and here are our thoughts.

User Interface
Google Maps for iOS 6 has undergone a somewhat noticeable change in user interface. This is obviously a given seeing as how Apple’s Map app resembles the previous mapping app so closely. The Google Maps app takes on a different user interface, with the first noticeable change being that it requires you to sign in with your Google ID. We’re assuming this is so Google can manage the locations we chose to save as our “favorites.” What it also allowed us to do was save a location for work and home, a huge convenience. 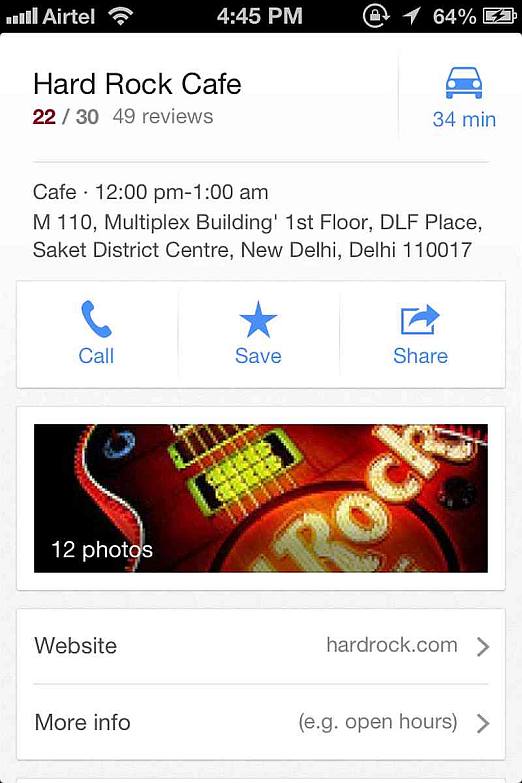 Searching for a location is the same, with the tap in the search bar, but the results page is now quite different. When we searched for a specific location, it showed us statistics like distance, time of travel along with reviews that frequent visitors had written about the place. This is especially useful if you’re planning on dining out. What’s also changed is that instead of just marking the various routes on the map upon search, the app now pops up two alternate route labels and choosing one of the two will then plot the course.

Features
There’s a whole host of new features in the new Google Maps app. While we’re pretty sure we wouldn’t have complained to have the same old boring version on iOS6, the new features make this app just that much sweeter. For starters, we’ve got the Traffic View, which shows live traffic information for the busy streets of Delhi (where we tested the app). Google has also added the Public Transport mode, which taps into the public bus system to show the bus numbers and the total time of the journey from Point A to Point B.

The best addition to Google Maps has to be the turn-by-turn voice guided navigation. We took a trip to a mall that’s somewhat nearby, and it was nice to not have to keep looking at the phone in the middle of traffic all the time. The voice guided navigation is pretty spot on, since Google’s maps are incredibly accurate, however, the accent of the robot voice tends to horrible mispronounce the street names, so just keep an ear out for where to turn and in how much distance. We were quite surprised to in fact learn that certain streets had names, which we were quite frankly unaware of.

Once the destination was set, and the navigation started, the app gives you the option to either just choose turn by turn navigation or instead switch to a list view. We stuck to the voice navigation simply because we don’t like looking at the screen while driving since it’s not safe, obviously. However, if you do need to access the turn-list while in voice navigation mode, all you have to do is swipe right-to-left on top of the screen to see what’s coming up next.

Performance
Searching for places was never an issue on Google Maps. Even the iOS 5 version was spot on with directions that went from one end of the country to the other (remember that roadtrip we mentioned? Yea! All Google Maps). The search results show up pretty quick, mapping is pretty fast too. However, we did notice that the app as a whole runs slightly slower that both the iOS5 version of Google Maps and Apple Maps. Even navigating the map itself using just the fingers tends to be a little jittery, but then again, it could just be because we’re using an iPhone 4. Pretty sure it would be smooth on the new iPhone 5.

So there is a little jitter in animations, but nothing too problematic. The way we see it, we’re at least getting a very functional and accurate mapping app. The turn by turn navigation is spot on, with the voice being quite clear (except for the weird pronunciation of Indian streets). We’ve looked for several places just by name, like we’re used to, and Google Maps did not fail us even a single time. Apple Maps, on the other hand, continues in the tradition of being “the lost map app,” with returning absolutely no results.

Conclusion
Google Maps for iOS 6 is quite a sigh of relief. It’s everything we had wanted from a mapping app, accuracy and functionality, all packed into a neat, simple user interface. Our only beef is that it runs a little slow on our iPhone 4, but it would run just fine on the new iPhone 5 (which the app is compatible with). However, we can’t help but feel that Google dropped the ball on one thing. They made it free. At this point, with the kind of anticipation that had been building up for Google Maps on iOS6, Google could have easily charged anything between $5-15 and people would have still bought it. But instead, Google made it free.

If you’ve been holding out on upgrading to iOS 6 due to the lack of a decent navigation tool, well, feel free to hit that upgrade button with complete ease of mind. Google Maps for iOS is everything it was in the past, and a whole lot more. Only one word of caution though and that is to watch out for the battery levels. We did 20 minutes of navigation and went from 100% battery to just 84%, with the phone becoming quite hot. Plugging the phone into a charging station in the car is highly recommended while using the app.