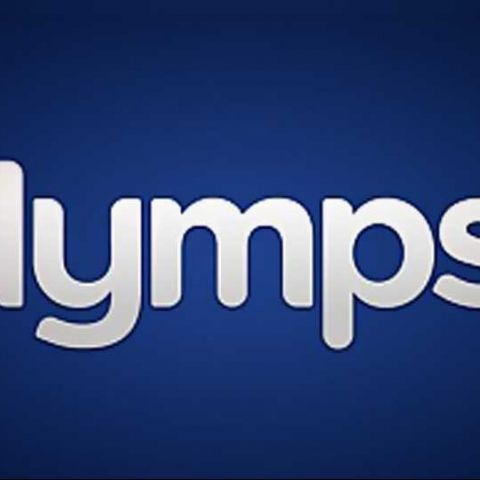 Glympse, one of the most handy location based apps for Android, just got a whole lot better, courtesy a hefty update. And yep, we would recommend that even James Bond download it.

Utter the words “location based apps” and most people will think you are talking about apps like Nokia City Lens or Layar which specialise in telling you what lies around you. But there is more to location than just knowing where you are, and what lies in your vicinity. There is the little matter of yourself and sharing your own location. While most social networks do enable you to do just that, this often takes the form of a broadcast to a whole bunch of people.What if you wished to share your location, not with the whole wide world but just with a few people?

That’s what apps like Glympse are there for. The app shot to fame last year with its ability to let a person share their location with another, even if that person did not have Glympse on their device, and doing so in a simple, fast, manner, without any payment whatsoever (yep, it's free). It became the perfect app for those wanting to keep track on movements of near and dear ones in an unknown place, or simply the best way to tell someone special where one was, without letting one's entire social network into the matter. 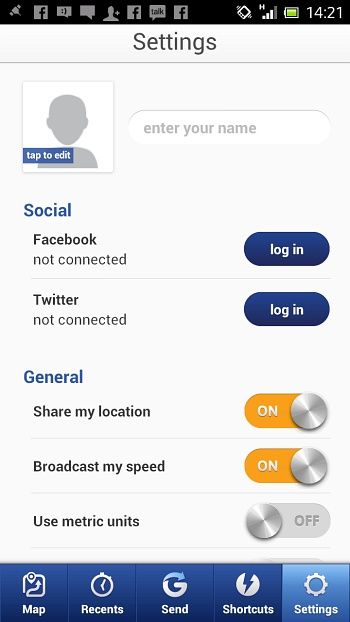 Glympse lets you share specifics of your location either with people you trust, or if you are the public types, across social networks.

Well, Glympse has got its first major update in a while recently, moving up to version 2.0 (2.0.2, as we wrote this, as another bug fixing update came by). And we took the app out for a spin on our Sony Xperia Ion. The app remains very lightweight - a mere 4.4 MB download. Glympse veterans will notice a change in the interface from the moment the app starts. The landing screen shows your location on a map. But now, you have two new buttons on the top of the home screen - Request Glympse and View Group. 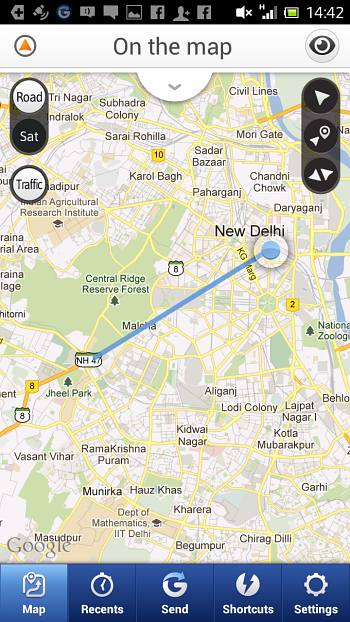 As in previous editions, you can see the location of a person and the route they are following via Glympse.

And that indeed is the new touch added to Glympse. In the past, the main strength of the app was its ability to let you "share your where" (yes, that indeed is the tag line of the product) with people who mattered. You could send your location via SMS or an e-mail to another person who could then track your movements for a specific period of time on a map, even if they did not have Glympse installed on their device. All you needed was an Internet-connected phone, tablet or computer - they receive your location in the form of a link/URL that opens up in a browser . Well, you can still do that. But here comes the new touch - Glympse has got just a bit social as well. So you can now also form groups of people with whom you wish to share your location. 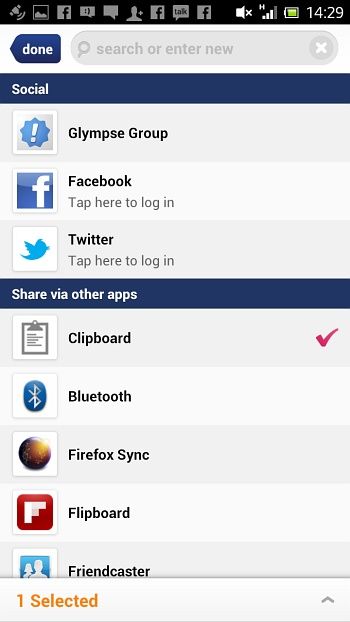 There are sharing options aplenty on Android. That is, if you are in the mood to share.

You can create a group of people with whom you wish to share your location. And yes, the same flexibility of specifying the time for which you wish to stay visible is available here as well. And in a touch that we absolutely love, you can also request for a Glympse (that's what these location-bearing messages are called) from people (they need to have the app running, of course). A neat interactive touch, we think, and definitely a lot more convenient than sending series of "where are you" text messages or mails. There are multiple map viewing options - you can check normal, satellite and even traffic view (courtesy Google Maps). And yes, if you are feeling very social, you can also share your location on your social networks - Facebook and Twitter are supported. Incidentally, you can also send Glympses via messages and mail. 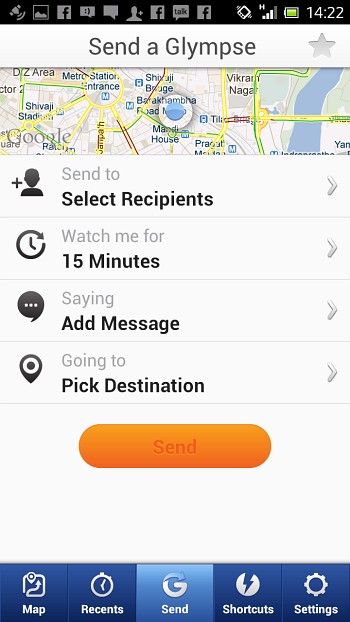 Sending a Glympse just got a bit more complex with support for groups. Do remember to be patient initially.

All of which makes the new Glympse everything the old one was with a new social element thrown in for good measure. It all works very well indeed, although we would recommend using a 3G connection for best results, especially if ye have crowded groups or are sharing location information over a longer distance. Our major complaints about the app are twain - it is now much more complex to operate (the interface looked crowded even on our big-screened Xperia ion) and it doth now drain battery like no tomorrow. If you plan to send a Glympse that is longer than fifteen minutes, prepare yourself to see your device's battery taking a decent hit. 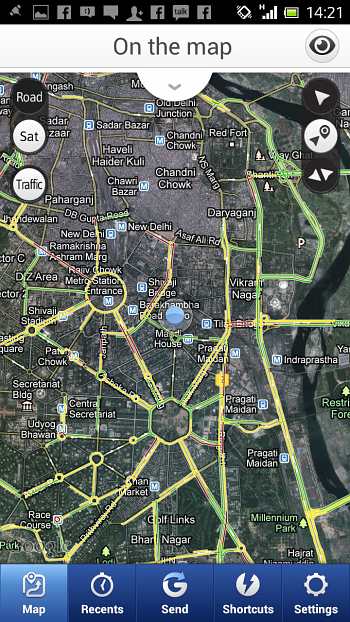 Want to view the map in Satellite mode? Well, you can do so now!

Still, all said and done, it is very hard to argue against the sheer utility of apps like Glympse. It lets you share your location - and now you can do so with a public group, a private one, or if you remain the reclusive type, with just one or two people. Imagine Mr Bond being surrounded by baddies, and asking for reinforcements by sending a Glympse to M. And we love the fact that you can also ask others for Glympses now. Must download? Absolutely.

Get it from: Google Play
Price: Free