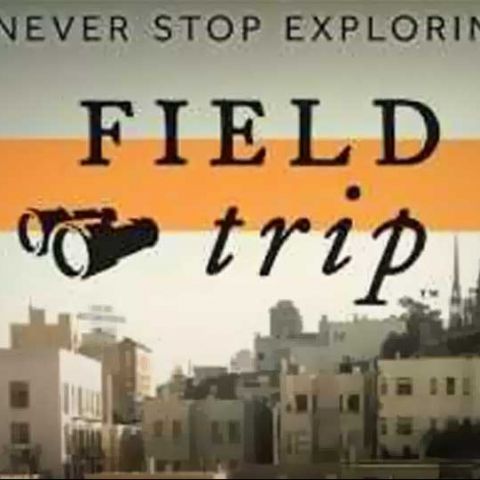 It may not have been released officially in India, but we have managed to get our hands on Googleï¿½s latest location-based app, Field Trip. And have been surprised by the results. Donï¿½t expect the world from it in India, but definitely try it out if you get the chance.

It was released a few weeks ago as “your guide to the cool, hidden, and unique things in the world around you” and has been making its fair share of waves in the US. We are talking about Google’s Field Trip app, which would send you interesting information about the locations around you, without your having to hit any buttons or open an additional app.

However, it has not been available for download to users in many countries, of which India is one. We did manage to get the app on to your Sony Xperia Ion and used it in both Bangalore and Delhi. And contrary to what we had expected, it did not work too badly.

Field Trip is in essence a location-based app. However, unlike other apps like Nokia City Lens and Layar it does not tell you about what’s in your surroundings when you launch the app, but actually lurks in the background, observing and noting where you are, and then pushes a neat slice of information on to your device when you happen to be near an interesting location. Think of it as a guide that surfaces whenever you are near an interesting place.

You want to be told by the app - literally - when you are passing an interesting place? Just tweak the settings and it will be done.

At 2.3 MB, Field Trip is a light download, and works on all devices running Android 2.3 and upwards. Yes, you would need GPS connectivity and a decent Internet connection for it to deliver results. Perhaps the most striking feature of the app is its interface. Unlike the predominantly white and blue look of most Google Apps, Field Trip comes in a nice shade brown. You start off specifying your areas of interest - the choice includes Architecture, Historic Places and Events, Lifestyle, Offers and Deals, Food, Drinks and Fun, Cool and Unique and Outdoor Art. Each interest has its sources of information beneath it. For instance, Food, Drinks and Fun gets information from Thrillist, Forkful, Zagat and a few others.

Once again, you can opt to specify which source you would like to get notifications from. What however, disappointed us was that you could not add either to the list of interests or sources. So if we wanted to add Rock Street Journal’s concert page in a new category, say, Music, there was no way of doing so. No, you are pretty much restricted to what the app offers in this regard. 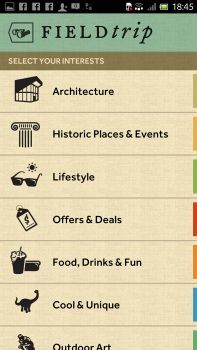 The sources of information are all American - still the app does show some interesting places in India. Well, it did in Bengaluru and Delhi. Just don't expect the world from it. Not yet, anyways.

We had expected to get a series of warnings when we started using the app about it not working in India, but oddly enough, nothing of the sort happened. The app loaded and ran smoothly, although it did not serve up the kind of information that we reckon it would have if we were in the US - I mean, how on earth are sources like Historic Detroit and Historic Spots in California supposed to show one interesting locations in Delhi and Bengaluru?

Information about places of interest is served up with some super imagery and generally detailed write ups. This was incidentally about a photo exhibition near Central Delhi.

There are three levels of notification levels to choose from: Explore (in which it rains notifications), Feeling Lucky (when you only get the odd notification) and Off (no notifications at all). And you can specify whether you want a ringtone to play when you get the notification or the screen to turn on to grab your attention or just a vibration.

Although we kept the app parked firmly in Feeling Lucky mode, we got no notifications, but there was information about interesting locations around whenever we opened the app. And not just in the form of a point of interest with a reader review, but generally as a complete article with images and all - Matador and Atlas Obscura in particular, kept coming up with interesting articles about the areas we were in.

We read up a fair bit about Safdarjung Airport, although very interestingly, we got no notifications when we actually passed the area. You can tweak the app to read out articles, and even specify when you want this done - when you are wearing a headset for instance, when the device is in a car dock, or simply when it senses that you are driving.

Speaking of driving, the strong Google Maps integration with the app means that you can navigate your way to a point of interest that you like from within the app (those in the US can also get Street View!). And hey, this is Android, so feel free to share any particular article about a place you like. Finally, you can express your liking for a place by giving it a thumbs up or a thumbs down.

Hey, this is Google Maps, so you do get to see satellite views as well as navigation options. Just be ready for some hefty battery drain.

We know it would be VERY unfair to evaluate an app by using it in an area for which it was not designed, so we will restrain ourselves to saying that the app does have immense promise in redefining the way in which we perceive “points of interest.” The idea of getting push notifications when you pass an interesting place is fascinating and useful, as is getting a proper write up on it from a well-known sources rather than just a few user reviews (some of which inevitably turn out to be less than a hundred per cent honest).

What we love in particular is the interface of the app, which is a lot more fizzy than what we have seen from Google in the recent past - we love the sola hat and large field glasses icon - and tweaks like getting information about a place on your headset as you drive by it. It does drain battery though as it uses your GPS and 3G connectivity. Still, all said and done, Field Trip one of the more innovative “what’s around you” apps that we have seen in a while and one which serious travellers with a sense of history will love.

Available from: Google Play not available in India yet.