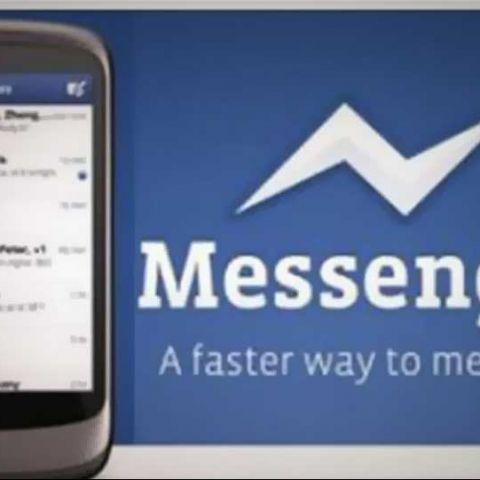 With integrated SMS texting, the Facebook messenger app for Android is worth downloading if you spend a lot of time communicating with friends from your mobile device.

Is there a difference between the social networking you do online and the interactivity that takes place through text messages and real-time online chatting? If there is, the new Facebook Messenger app for Android will immediately make sense to you. Others, on the other hand, will see it as a needless second app that largely duplicates select features of the original Facebook for Android app (free, 3.5 stars). Facebook Messenger, which was developed by Facebook itself, compartmentalizes the more immediate activities of SMS texting and instant messaging by putting those two functions into a dedicated app. It's similar in many ways to BlackBerry Messenger, the private instant messaging service that lets BlackBerry smartphone users text-chat with one another, only Facebook Messenger is confined to the world of Facebook rather than one platform (in this case Android, though there is an iPhone version, too).

Optional alerts, or push notifications, let you know when incoming messages are received, just as your phone does with ordinary text messages. All the features of the original Facebook for Android app, including Chat, are still available—they haven't disappeared—so if you don't want a second Facebook app, you don't have to install Messenger. But there are a few reasons you might want it.

Faster, More Accurate Numbers
According to Facebook, the Messenger client works faster than the instant messaging tools in the original Facebook app for Android, although in testing the app, I couldn't see a noticeable difference. The time it took to send and receive a message from Messenger to Messenger versus Facebook app to Facebook app was so slight (less than half a second), I can't say the difference wasn't caused by human error. All my test messages came through in less than three seconds, regardless of which apps I used. The Messenger to Messenger times were all under two-and-a-half seconds.

[RELATED_ARTICLE]The real advantages of using the new Facebook Messenger app are that 1) it includes SMS (texting) as an option when sending a message, and 2) it draws phone numbers from your Facebook connections' when those people have made them available rather than contacts list in your iPhone, reducing the chance that you have an outdated or incorrect phone number. Other services have combined SMS with instant messaging before, so Facebook Messenger isn't wholly new in this aspect. What makes it special for most people, however, is that it leverages their Facebook network. One of the often-overlooked strengths of Facebook is that it's a central source of data about your friends, including their phone numbers, email addresses, and whereabouts (and maybe that creeps you out). If you want to send a text message to a friend but don't have her phone number stored in your phone, you can quickly send her a Facebook message instead. And if she's added her phone number to Facebook and granted the appropriate permissions, the app will automatically pull up her number as an option, in case you would prefer to send her a text.

If you're worried about your phone number being synced to Facebook without your knowledge, the culprit doesn't appear to be Facebook Messenger, but rather the syncing feature from the original Facebook app (which you can disable). But even if you disable the feature, anyone who has your phone number stored in his or her phone can add your digits to their own Facebook "contacts," i.e., phone numbers, list. And, it's also worth noting, that in our testing here, we could not verify that Facebook follows through on its promise that it won't share the phone number with others. We found a few instances of unexplainable phone numbers cropping up on some accounts.

Read more about the Facebook Messenger for Android, on the next page...

Even better, you can turn the alerts on, off for an hour, or off overnight for each conversation. If you're caught up in an important discussion with one group of friends and need to temporarily silence another conversation that's less important, you can. A cog icon for these settings appears at the top right of every dialogue history, so the controls are always within easy reach.

The new app has location services, too, which you can enable or disable with each new message thread that you participate in. An arrowhead icon lives at the far right of the text entry box. When it's blue, location information is shared. Tap it once to turn it gray, meaning your location will be kept private.

Second, I received three sets of duplicate messages, all from different people, all in the same day. I followed up with each sender to check that they did not in fact send the same message twice (they hadn't). Three duplicates in one day is a lot (although it's better than three messages not going through at all). Nevertheless, Facebook needs to review this issue and work toward more reliable delivery.

Finally, in a major omission, Facebook Messenger doesn't let you see a list of all friends who are online currently. When you're ready to message people, you have to type at least one character in their names for the app to pull up a list of suggestions. Most users would prefer to see a list of people who are actively online at the moment, the way the Facebook website and chat feature in the original app do.

One complaint I have about the app, although it's not a bug, is that the next time you log into the Facebook website, all the conversations you had in the app pop up, as if they are new. I think a better solution is to mark app conversations as "read" or "unread" so that "read" chats are automatically archived. "Unread" chats would be ones that you never opened on your phone; those are the only ones that should appear as new pop-up chats in your Facebook account.

[RELATED_ARTICLE]Who Needs Two Facebook Apps?
If you spend a lot of time communicating with friends from your mobile device, the Facebook Messenger app is worth downloading. I personally like compartmentalizing certain aspects of social networking, so I like the idea of having instant messages and Facebook text messages in their own area, cordoned off from the more "casual" and less immediate activities that I partake in on the network. If you prefer a one-stop-shop for everything Facebook has to offer, the only things you're giving up in not downloading the new app are the ability to find more people's mobile phone numbers and perhaps speed, although the original app was fast enough for me.