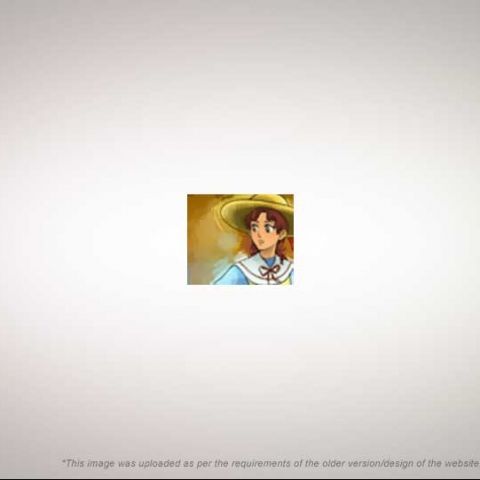 Just like any other good puzzle game, this one was sometimes annoying and sometimes fulfilling. The only real gripe I have with the game is the background score which I found quite irritating. Sure, you could always turn that off; however, I believe a good background score in a puzzle game can go a long way. This one is also part of ï¿½minisï¿½ series and retails for USD 2.99 on the PSN Store for PSP.

After reviewing Blast Off earlier today and mostly enjoying it, we thought of trying another game from the same stable. This one is called Echoes and it is developed by independent game studio Halfbrick, for the PSP. It is a maze based puzzle game and it appears to have heavily draw inspiration from Pac-Man. 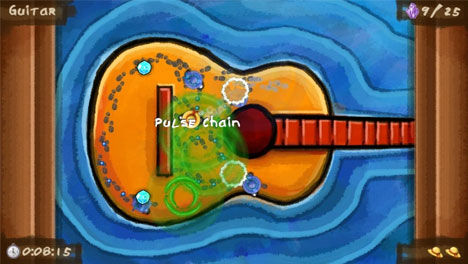 The game is played from a top-down perspective, so what you control and see on the screen is a big yellow hat. The level design is like a maze of various shape and sizes—some are easily recognizable shapes like asterisk, ampersand, peace sign and even fractals. The objective is to traverse through a maze; carefully collecting crystals, while at the same time avoiding the bad guys— in this game they are called echoes. Collecting crystals brings joy to your score; whereas bumping into one of those echoes will be penalised in some form. 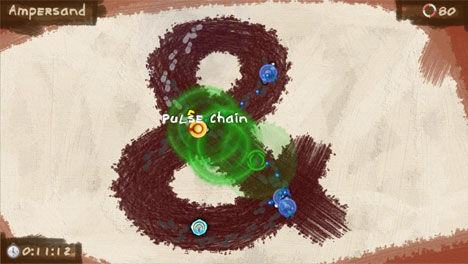 The game has four game modes -- Arcade, Jackpot, Survival and Clockwork-- and three levels of difficult. Arcade is your standard game mode where you need to collect a fixed number of crystals and avoid the constantly moving echoes. The echoes emanate a line of dots that indicated their intended path, that can help you effectively plot your course; however, often times you wonder if this is really aid or more of a hindrance. The number of echoes on the screen keeps adding up as you collect more crystals and you have a fixed numbers of lives; after which the game is over. From time to time a health power-up will pop-up on the screen that can help you prolong your presence on the screen. Another possible power-up is called Pulse crystal-- when these crystals are collected, they send out a ripple that will kill any echoes in its path. On level completion you are rewarded a rank based on the time taken to beat the level. 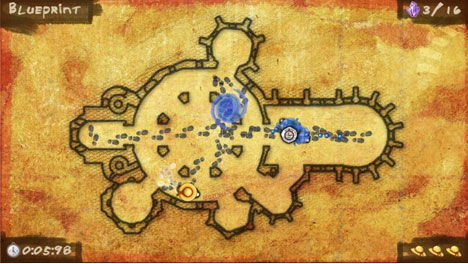 Moving on, the next game mode is called Jackpot—this is a typical timed challenge mode. The levels in this game start with a countdown timer, while everything else pretty much remains the same as in the Arcade mode. Survival mode is another timed challenge; however, the difference here is that instead of ‘regular’ crystals, you get to collect Pulse crystals. Each collected Pulse crystal will add precious seconds to the countdown timer and each time you hit an Echo, you lose time. 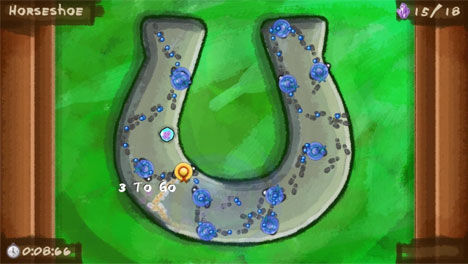 Clockwork is a more thoughtful game mode; compared to all other game modes that are played at a frantic pace. The objective here remains the same—collecting crystal to add to your tally. What really slows down the pace of the game in this mode is the fact there is no timer and except you, everything else is pretty much frozen in place. You can move the echoes forward or backwards in time (and space), while you carefully navigate around them to collect the crystals. The caveat is that the echoes will never go away from the screen and new ones will get added each time you collect a crystal. So effectively the challenge in this game mode is managing the clutter on the screen.

Just like any other good puzzle game, this one was sometimes annoying and sometimes fulfilling. The only real gripe I have with the game is the background score which I found quite irritating. Sure, you could always turn that off; however, I believe a good background score in a puzzle game can go a long way. This one is also part of “minis” series and retails for USD 2.99 on the PSN Store for PSP.