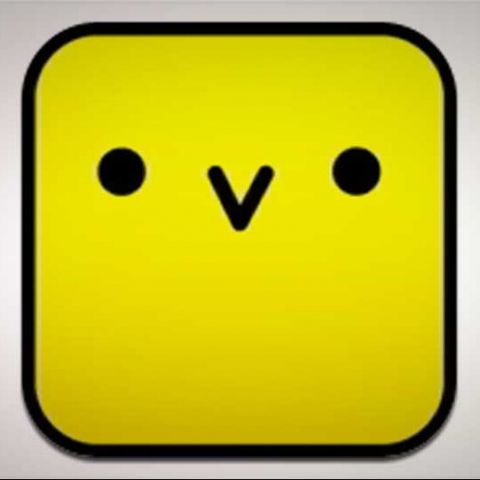 Chirp is an audio-recognition based transfer app for iOS. We have had apps that have let you send pictures and information by gestures and bumps. And now it is the turn of Chirp to send pictures and notes through a birdsong. And yes, it actually works.

A few years ago, swapping pictures and notes between devices was a relatively simple affair - you just switched on Bluetooth, connected the two devices and transferred whatever you wished. However, the emergence of more restrictive (in Bluetooth and USB terms) platforms meant that swapping such data became a more complex affair - devices of the iPhone and Windows Phone family (and a few from Android too) did not let you swap information as easily unless you were prepared to muck around with cables and hacks.

This has led to the emergence of a new genre of apps which allowed you to transfer information between devices in a more unconventional manner - the likes of Bump (where you just bumped phones together to transfer a picture or a contact) and Hoccer (where you sent information by sliding your finger from one device to another) being prime examples.

And the latest to join this unusual league of apps is Chirp.

Currently available only for the iPhone (it works on the iPad, but is not optimised for the display), the app lets you swap data via bird-like sounds. No, that is not as crazy as it sounds. Once you have grabbed the app from the App Store (it is free and a mere 3MB download), you will find yourself greeted by a rather sparse launch screen with a How to Chirp and Chirp Blog tiles one below the other. And running spookily on the top of the app is a soundwave indicator which will react to the sound around you. Before you start using the app, make sure you have another person or device with the app installed on it.

To swap a picture, a note or a link (the website claims you can send contacts too, but we found no way of doing so), all you need to do is launch the app on the devices between which you wish to swap them. Then hit the “ ” sign on the bottom of the app, which will launch a menu letting you choose the item you wish to send. Choose the picture note or link you want to send - and you will have to type out the note incidentally, there’s no support for the native Notes app - and it will be uploaded to the Chirp site.

Now comes the interesting part. Just hit the Chirp icon (which looks like a horizontal ‘S’) and you will hear a chirping sound and even as you watch your item will be transferred to the other device (s) running Chirp. And yes, it actually works exactly like that - and at a very brisk rate even over a GPRS/EDGE connection (yes, you need Internet connectivity on your device to use the app). It is a whole lot less fussy than sending something by mail or Bluetooth (no pairing needed) or sharing access on the cloud. You can also log in to Twitter or Facebook and share your pages via a Chirp, and even share what you have received over Twitter and Facebook, or just attach it to an e-mail.

Doing the transferring magic is the chirping sound which other devices running the app “hear” and then decode to access the item which one wishes to share. Very, very neat we think - we used it to send pictures from our iPhone 4S to our new iPad in seconds. No bumping, no gestures, no pairing needed. And if the developers are to be believed an Android version is on the way, which will let you swap data between iOS and Android devices. Now, THAT would be something.

Which is not to say that we are totally bowled over by Chirp. No, the app does have its flaws. There is the little matter of security - it is a bit like a public address system in that regard as anything that you “chirp” can get picked up by anyone running the app in the vicinity at the same time while you were chirping. What’s worse, you would have no way of knowing if the person who has received the item you have sent is the person for whom it is sent (even Bump gives you a notification). It is a bit like putting a message in a bottle and chucking it into the ocean with finders being keepers. The developers say that they are working at putting some access restrictions, but as of now, this is the kind of app that you do need to use with caution.

Mind you, that does not make it any less magical. Worth a download? You bet!

Get it from Apple App Stpre
Price: Free
Tested on: iPhone 4S, iPhone 4, the new iPad.